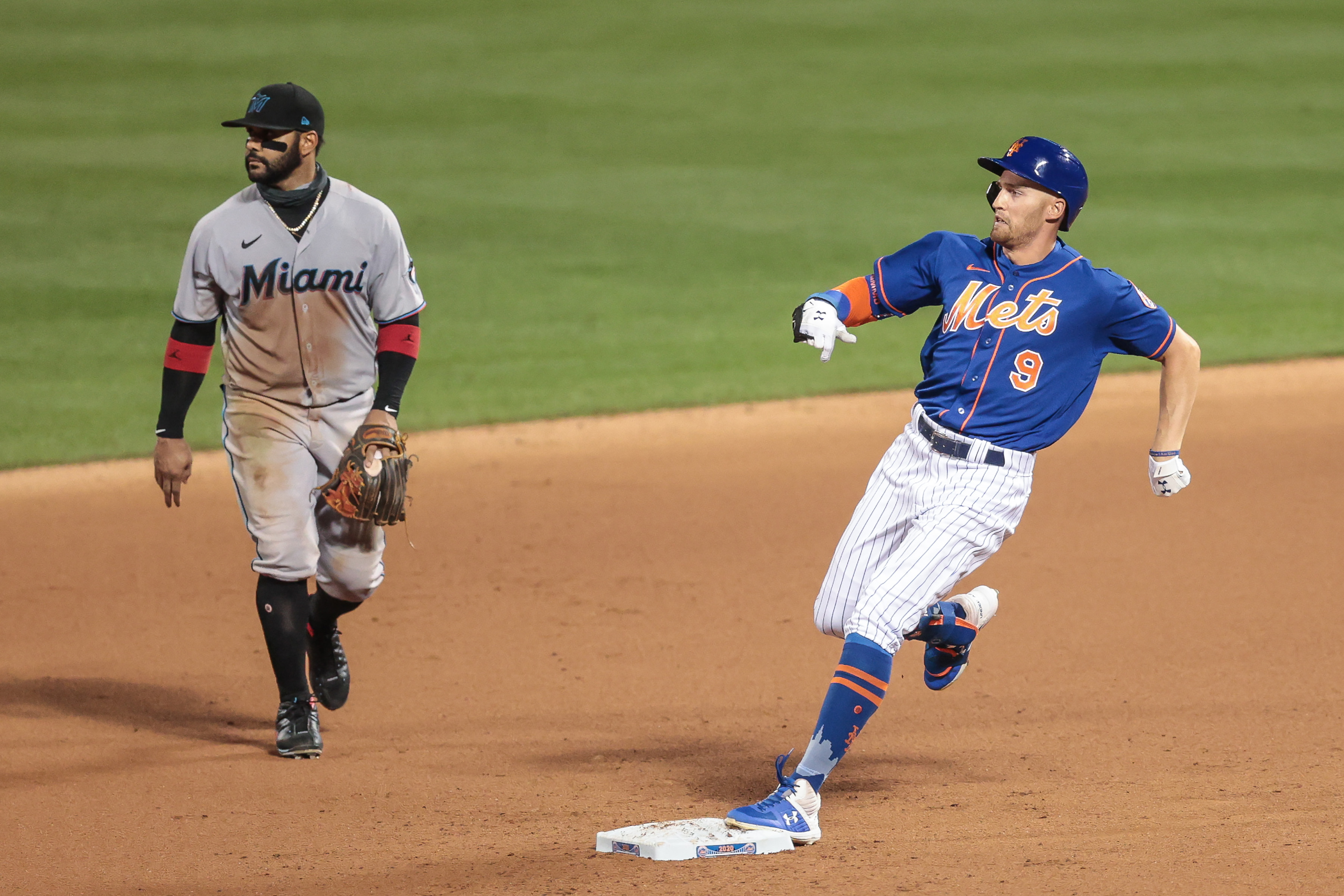 The New York Mets (12-16) saw their return to play go completely terribly in a disastrous doubleheader last night. Losing a pair of games to the Miami Marlins (14-11) was bad enough, but the Mets were shutout in a twin bill for the first time since 1975 as the team’s woes with runners in scoring position continued to rear their ugly head. The Mets will look to get back on track and pick up a win over the Marlins tonight. First pitch for the third game of this series is scheduled for 7:10 p.m. at Citi Field.

The Mets will send their ace, right-hander Jacob deGrom (2-0, 1.93 ERA), to the mound tonight to be their stopper. deGrom’s last start came against the Marlins last Wednesday when he tossed six shutout innings but was stuck with a no-decision when the bullpen blew the lead in the eighth inning. The Mets ended up winning the game 5-3 when Michael Conforto stroked a go-ahead two-run homer in the top of the ninth inning. Miami will counter with righty Elieser Hernandez (1-0, 2.29 ERA). Hernandez picked up his first win of the season last Friday, allowing two runs in five innings to defeat the Washington Nationals.