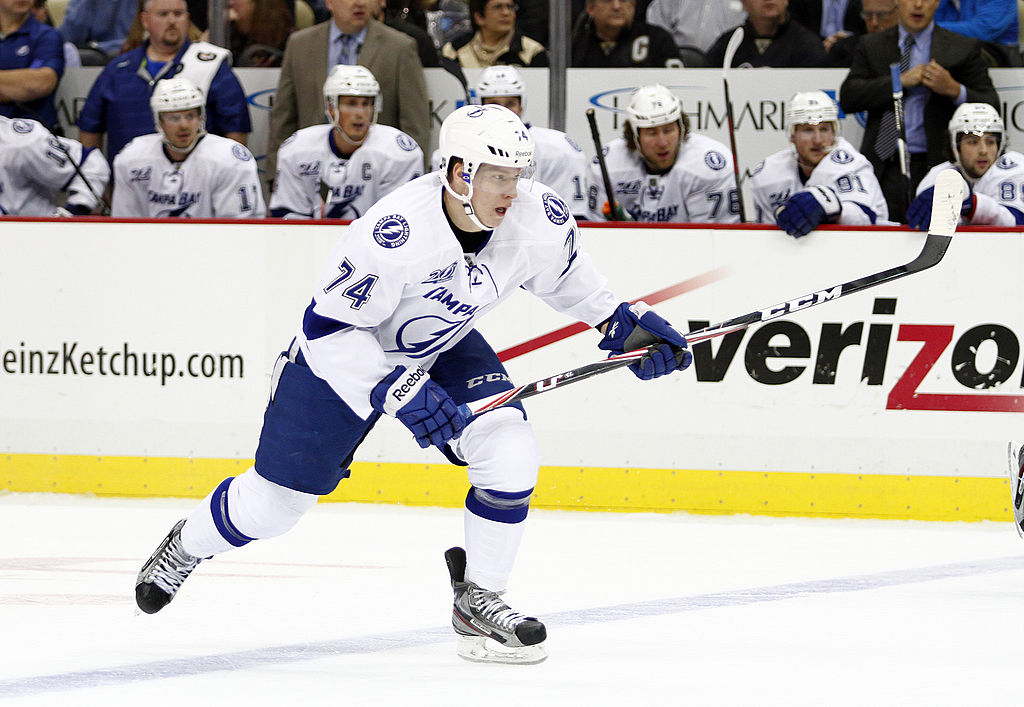 The Tampa Bay Lightning have evened their series with the Boston Bruins in the second round of the 2020 Stanley Cup Playoffs. On Tuesday, Ondrej Palat of Frydek-Mistek, Czech Republic scored his first career overtime postseason winner as the Tampa Bay Lightning defeated the Boston Bruins 4-3 at the Scotiabank Arena in Toronto, Ontario. With the win, the Bruins and Lightning are now tied at one game apiece.

Palat’s game winner came at 4:40 of the extra period from Yanni Gourde of Saint-Narcisse-de-Beaurivage, Quebec, and Pat Maroon of St. Louis, MO. Maroon won a Stanley Cup last season with the Blues.

The Lightning were able to score one goal in each period of regulation. Blake Coleman of Plano, TX scored twice for Tampa Bay, while reigning Hart Trophy champion Nikita Kucherov of Maykop, Russia also scored for the Lightning.

Interestingly, Palat’s goal for the Lightning on Tuesday was his first of the 2020 Stanley Cup Playoffs. In 10 games, he also has three assists for four points, is a +3, with two penalty minutes, one game winning goal, 25 shots on goal, two faceoff wins, 11 blocked shots, 27 hits, five takeaways and five giveaways. Palat also has 46 career postseason points (22 goals and 24 assists), all with the Lightning since 2014.

The Lightning have a very strong chance of doing some damage in the 2020 Stanley Cup Playoffs. Heading into the season, not many might have known what to expect as Tampa Bay was upset by the Columbus Blue Jackets in four games in the Eastern Conference quarterfinals, after winning the 2019 Presidents’ Trophy quite easily. However, the Lightning have seemed to put their 2019 disappointment behind them. They got redemption against the Blue Jackets in the Toronto bubble as they beat Columbus in five games, and it appears to be that their series against the Bruins over the next week will be as tight and competitive as any second round series in the playoffs.