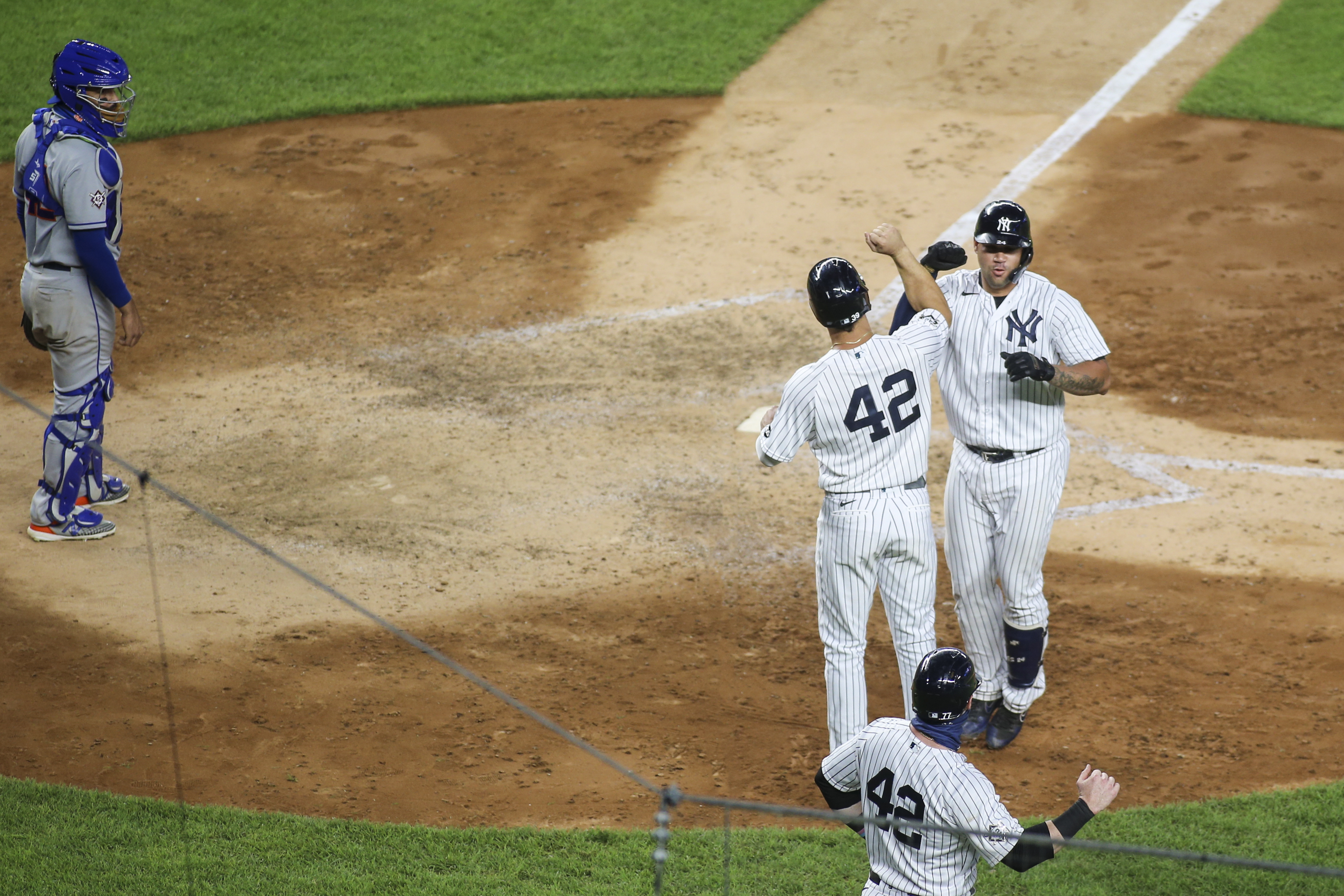 August 28th, which featured a doubleheader sweep of the Yankees in the Bronx which included a walkoff win by the visitors, was supposed to be the turning point. Along with the news that Steve Cohen was in the exclusivity stage of ownership negotiations, it might have even signaled the end of futility and embarrassment for this franchise. August 30th turned into a stark reminder that the Mets have a long way to go before they can shed the label of being the running joke of baseball.

Somehow the Mets took the capital that they gained on Friday and gave it all back on Sunday like they stole it. Even after they gave it all back, they still had another game to play. But that first game was Castillo’s drop, Wainright’s curve, Ryan Church missing first base, Lucas Duda’s throw home, Kurt Suzuki, Travis d’Arnaud’s five RBI earlier this season, all wrapped up into one. Seems extreme, but think of the level of failure it takes to lose a game when you’re up by five runs with two outs in the final inning. If Simone Biles tried to turn Mets futility into a comparable gymnastics routine, she would end up in traction before she would hit the padded floor.

Once again: 7-2, with two outs in the 7th. Jared Hughes, pitching in his third straight day, got three outs. The first one, however, was thrown away by Andres Gimenez. So Hughes should be in the clubhouse at this point. Instead, there’s a runner on first (second after defensive indifference). But the good news is that a glance at the Yankees dugout will show you that D.J. LeMahieu was out of the game, Giancarlo Stanton was not grabbing a bat, there was no Gleyber Torres, no Aaron Judge, no Tino Martinez, no Alex Rodriguez, no Thurman Munson, no Mickey Mantle, no Tony Lazzeri, no Lou Gehrig, no Babe Ruth … hell, you couldn’t even find Steve Kemp by the bat rack.

Hughes walked the immortal Tyler Wade, and hit the other immortal Thairo Estrada with a pitch to load the bases for Luke Voit. He then gets Voit on an excuse me check swing roller to the right side. Hey, there’s the third out! Except that with the cockamamie shift, there’s no second baseman!!! Two runs score, but hey Estrada is going to third for some reason and Michael Conforto just gunned him out by a mile!

OH NO GIMENEZ DROPPED THE BALL!!!

So now here comes Edwin Diaz, who has been much better on the whole this season than last, and now with Seth Lugo in the starting rotation, it’s time for Diaz to get back into a high leverage situation. We should be oka… 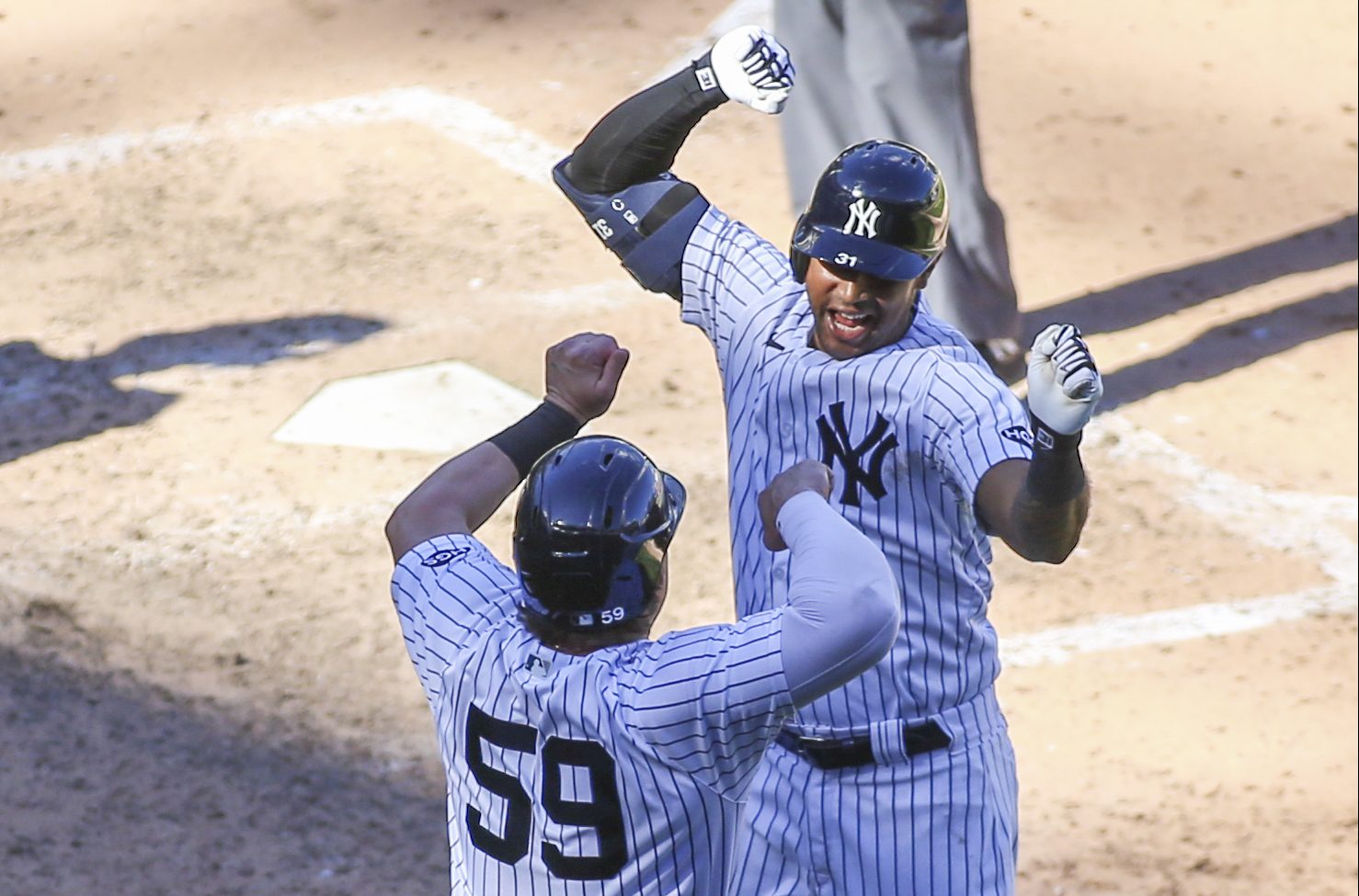 Diaz, as a teaser, throws a wild pitch to score Estrada, before missing badly on a fastball to Aaron Hicks, who promptly smoked it into the stupid rinky dink short porch they built in right field (to be fair, it was rinky dink when Robinson Cano hit one there today as well.) At that point, it was game over, doubleheader over, and really … season over. There were only two things to do at that point: go through the motions of the rest of Game 1 and Game 2 as if there was really a chance the Mets were going to win, and dole out blame for this supernova of suck. Of course it was Luis Rojas that seemed to bear the brunt of blame which, I’m sorry, is certifiable.

The two main complaints I’ve seen were the following:

Rick Porcello came into this game with a 6.43 ERA and a WHIP of 1.64. His ERA goes from 4.25 in the fifth to 5.13 in the 6th (his highest ERA of any inning), and opponents OPS rises from .741 to .808 (his highest OPS against of any inning.) His OPS also climbs when you get to pitches 76-100, and Porcello was at 86 pitches. Also, in his five innings he gave up four hits and two walks, so he was solid, but not Matt Harvey in Game 5. Since when is Porcello the second coming of Walter Johnson?

Honestly. Who cares. He got the job done. With Dellin Betances on the IL and Lugo in the rotation, Rojas’ hands were tied anyway. He could have gone to Drew Smith, and there’s a whole other conversation we need to have about that, but we’ll get to that later. And again: Jared Hughes got four outs in the ninth, but two of them were flubbed. If you want to complain about Rojas in general this season, it’s more than fair. I think it’s unfair to judge him on this Blinky of a baseball season, but to each their own. But to blame him for a game where they were ahead 7-2 with two outs in the ninth is ludicrous. 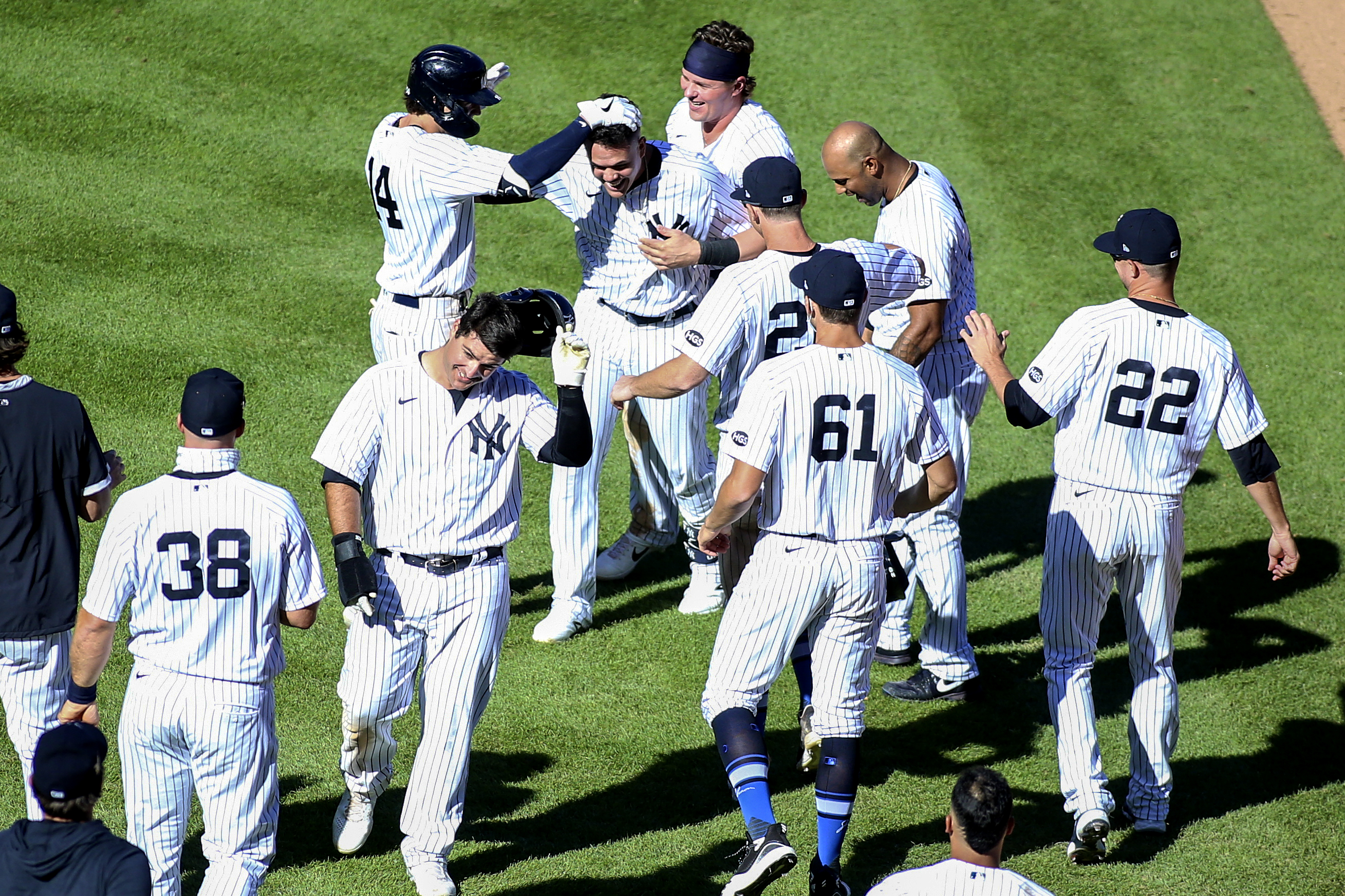 Predictably, the Mets lost Game 1 in the 8th on a play at the plate which featured a wide throw and one of Wilson Ramos’ swipe tags which just missed by a hair, but at least if you were baked you could see the rainbow sparkles emanating from his arm, so lucky you. (Disclaimer: Drugs are bad, kids.) And the Mets stopped scoring in Game 2 until Dominic Smith (who has really saved the season along with Conforto), tied the game with a clutch single in the 6th. So hey, guess what! We’re going to extra innings … again!!!

Luis Rojas said he wasn’t comfortable using Drew Smith with a five-run lead since he was just called back up.

He liked Jared Hughes for a third day in a row because his sinker sinks more when he’s tired. https://t.co/AfFnI8cWB0

So Rojas wouldn’t pitch Drew Smith in Game 1 with a five run lead because he had just come back up. And that’s fine. Because if it was Drew Smith that blew the lead, people would have said that he was rusty. I’m fine with that.

But then you put him into a 1-1 game with a runner on second? IN WHAT UNIVERSE DOES THIS MAKE SENSE?????

Following Game 1 of the doubleheader, Luis Rojas said he didn't want to use Drew Smith in a five-run game because "Drew hasn't been in games in a while."

Smith pitches in a tie game in extra innings instead in Game 2, and gives up a grand slam.

We’re a month into this zombie season and the Mets are 15-19, which is technically two games worse than the 17-17 that they could have had, but seems like much more than that after losing two that they should have had. But whatever. They’re done. And honestly, I’m fine with it. This season is nothing more than a wormhole of Rob Manfred’s grand experiment to give him massage-able data and full license to absolutely screw up baseball with his seven inning games and his 42 less minor league teams and his 73 extra runners on base and his 25 point three point line and whatever else he comes up with after the Miami Marlins win the World Series. Can’t wait to see the footage of Brodie Van Wagenen drowning in a bucket of his own tears as he’s hired as Manfred’s personal dunk tank clown and audio/video coordinator next season while Andy Martino is off to the side wearing his court jester costume as deputy commissioner and laughing like a weasel. We’re in hell. Pass the marshmallows.