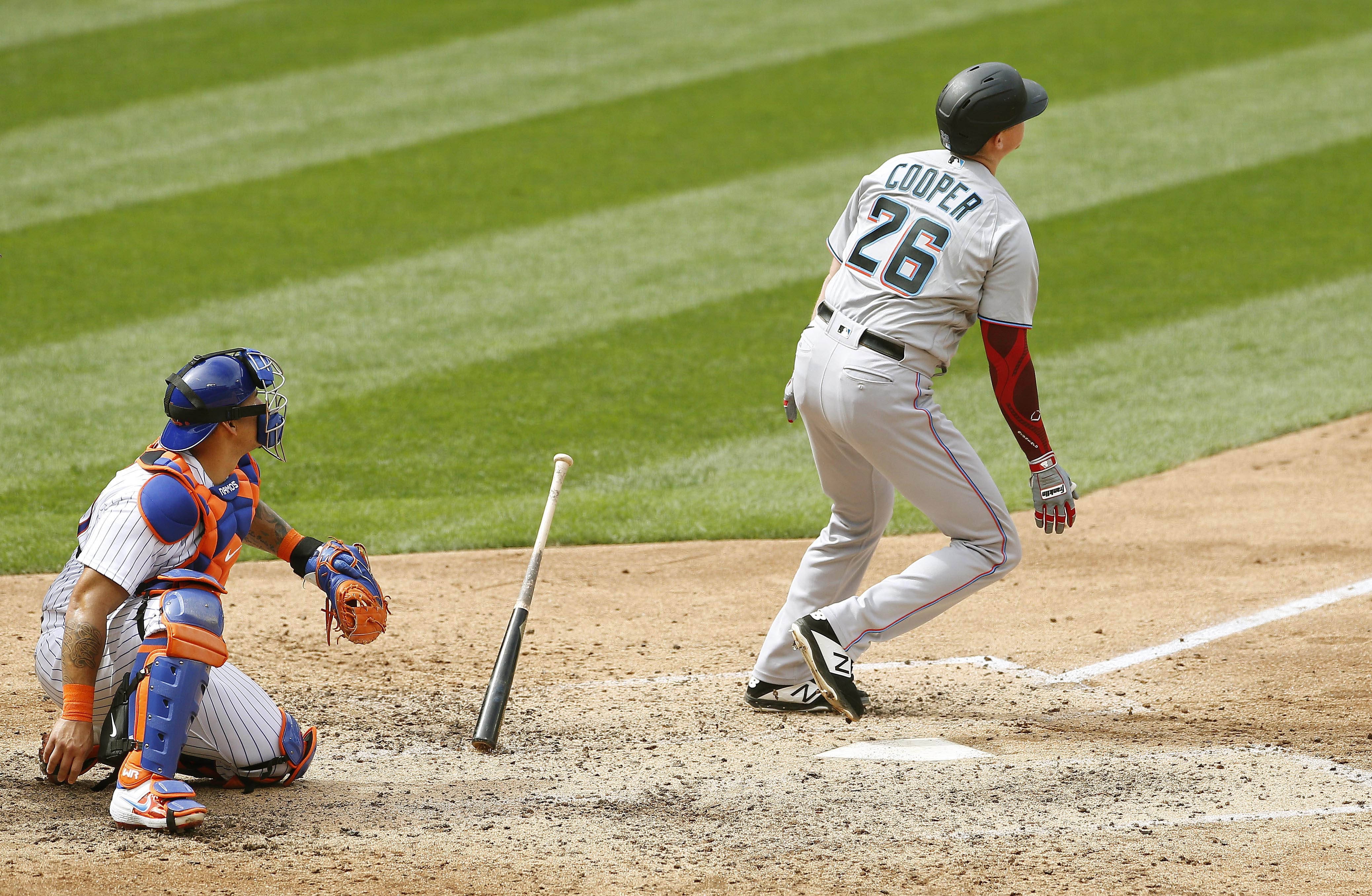 All I really want from this team is to not make me angry. For one day. I don’t think that’s a heck of a lot to ask.

Monday’s 5-3 loss didn’t get me angry. Jacob deGrom getting beat by the Marlins while facing them for the fourth straight time is somewhat understandable. Any team that sees deGrom for three starts and five innings has a chance, especially the powerhouse that is the Miami Marlins (now with legitimate threat Starling Marte in their lineup). Only one of deGrom’s four runs were earned because of a 6th inning error by Pete Alonso, but deGrom didn’t get dinked and dunked. He got hit hard that inning and earned every dent he got. The Garrett Cooper home run before the error was a bomb, and the pitch to Lewin Diaz that he slammed for a double was middle middle. It wasn’t a good day for him.

But, fine. I accepted this. Everyone has a bad day, and the Marlins are going to win the World Series because it’s 2020 so I don’t feel so bad. The team seemed to have the life taken out of them after that first Yankee loss yesterday, and deGrom losing to the Marlins should have been the sign that the season was toast, and it should have been as obvious to Brodie as it was to me, or anybody watching. No shame in it, as I’m ready for this season to float away. I would have expected maybe a couple of starting pitchers from the scrap heap just to get through the season, much like the year we had Daisuke Matsuzaka and Aaron Harang for a month in 2013. Now, trading for pieces to make the final wild card a 162 game season is dumb, doing it to save a 60 game season seems over the top. And today was the trading deadline, but I figured … nah, not even the Mets would do this again. Surely they’ve learned from Jarred Kelenic, Scott Kazmir, Nolan Ryan, Amos Otis, etc. 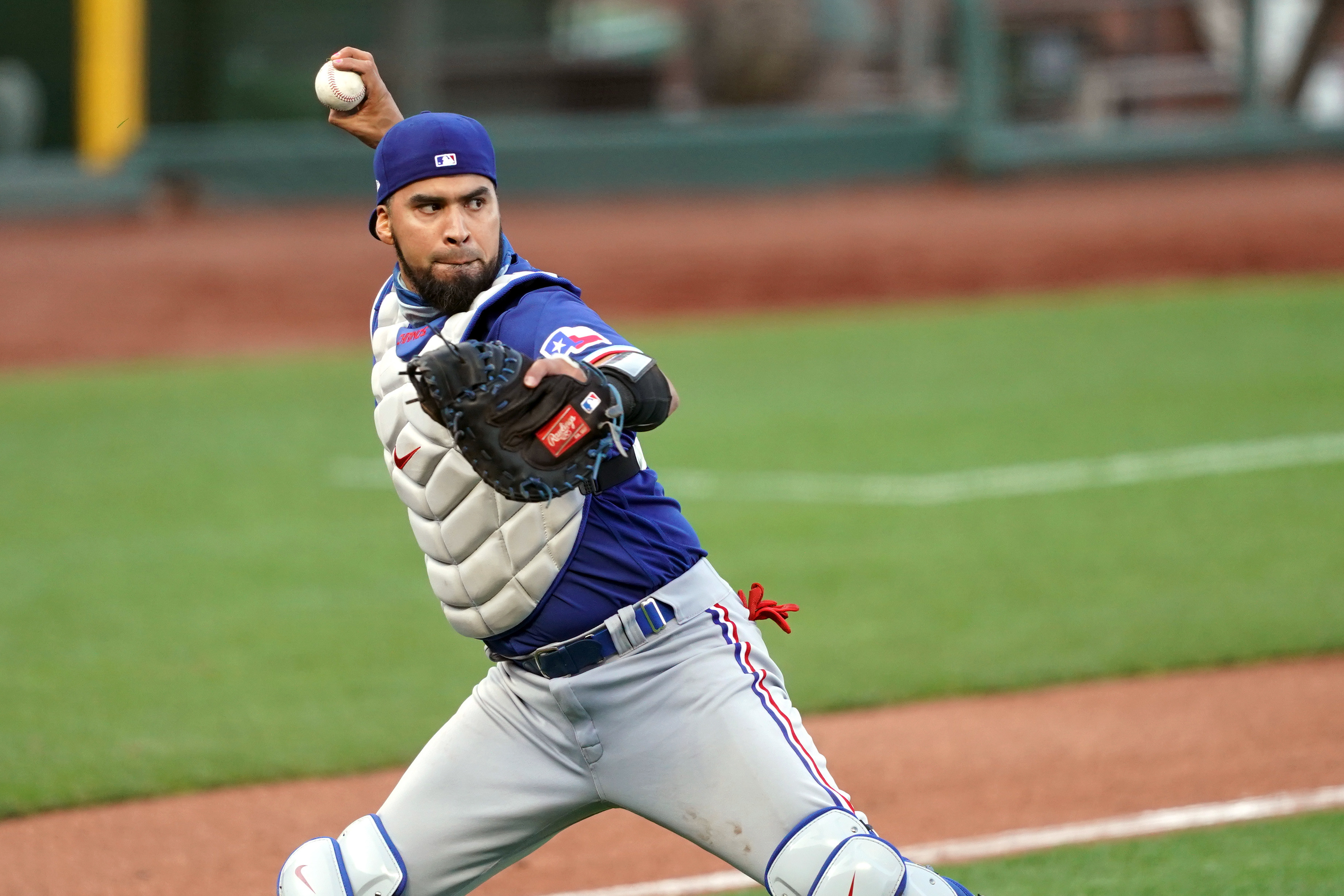 So word comes down that the Mets got Robinson Chirinos from the Rangers for a PTBNL. Okay, .866 OPS in 2017, but sure … acquire him in 2020 now that he’s 36 and hitting  .119 in 49 plate appearances. Rene Rivera, but awful. But can’t be that expensive so, fine. We may not see Tomas Nido or Rivera again this season, and Ali Sanchez might not be quite ready to be the number 2 catcher.

But then I hear we got somebody else from Texas:

Okay, so this was one of those that I had to check to make sure that the Ken Rosenthal that this came from actually had the blue check mark on it, because this could have easily been a made up tweet. Alas, no.

We’ve acquired 3B Todd Frazier from Texas for a player to be named later. pic.twitter.com/Bgwz6pE0Xw

The one factor that I’ve heard, that is somewhat legitimate, was that this was a deal made to help Alonso and Jeff McNeil out of their slumps. I hate using roster spots on coaches. But in this case, with Chili Davis coaching via zoom because of the pandemic, maybe having a mentor in the room would be beneficial. But for the love of hump, Todd Frazier? He’s going to break them out of their slump? He’s hitting .133 with an OPS of .398 since August 17th. And you’re going to trust him to fix your two best players?

So there’s only two reasons I can think of for acquiring Todd Frazier. One, J.D. Davis is hurt worse than we imagine. But he’s only day to day, so scratch that. The second one is that in the last two games (the second of the doubleheader yesterday against the Yankees and the game today), was that the team looked like it was ready to mail in the season, and they needed a new celebration after base hits to help them.

Brodie Van Wagenen said the Mets wanted Todd Frazier's energy and life in addition to being a righthanded bat.

Energy and life? What is this, Woodstock??? Just acquire some rainbows and puppies and children while you’re at it. You couldn’t get the phone number to one of Joe Maddon’s magicians or petting zoos? Energy and life for who, Adam Eaton???

But then the trade that might really make your blood boil: lefty prospect Kevin Smith for reliever Miguel Castro of the Orioles. Now, I don’t know all that much about Kevin Smith except that he’s the number 12 prospect in the system, and was the minor league starting pitcher of the year for the Mets in 2019. So if they’re trading him for a reliever with a career WHIP of 1.406, either you made a terrible deal involving a true asset, or you’ve overrated your prospects, which is also terrible.

Y’all also viewed Edwin Diaz as a shutdown reliever. The only thing he shuts down is happiness. How exactly do you view Miguel Castro?

Brodie Van Wagenen said the Mets like that Miguel Castro is controllable and has already pitched in late-inning situations.

He has a 5.20 ERA in the eighth inning, and a 5.23 ERA in the ninth. Opposing batters have an .842 OPS in save situations with a .513 slugging%. In non save situations: .709 and .376. But he’s controllable. We have him for two more years. Great. This is basically Diaz for Kelenic again, just on a smaller scale and without the albatross contract of an aging second baseman. It’s the baseball version of “Tremors 2: Aftershocks.” 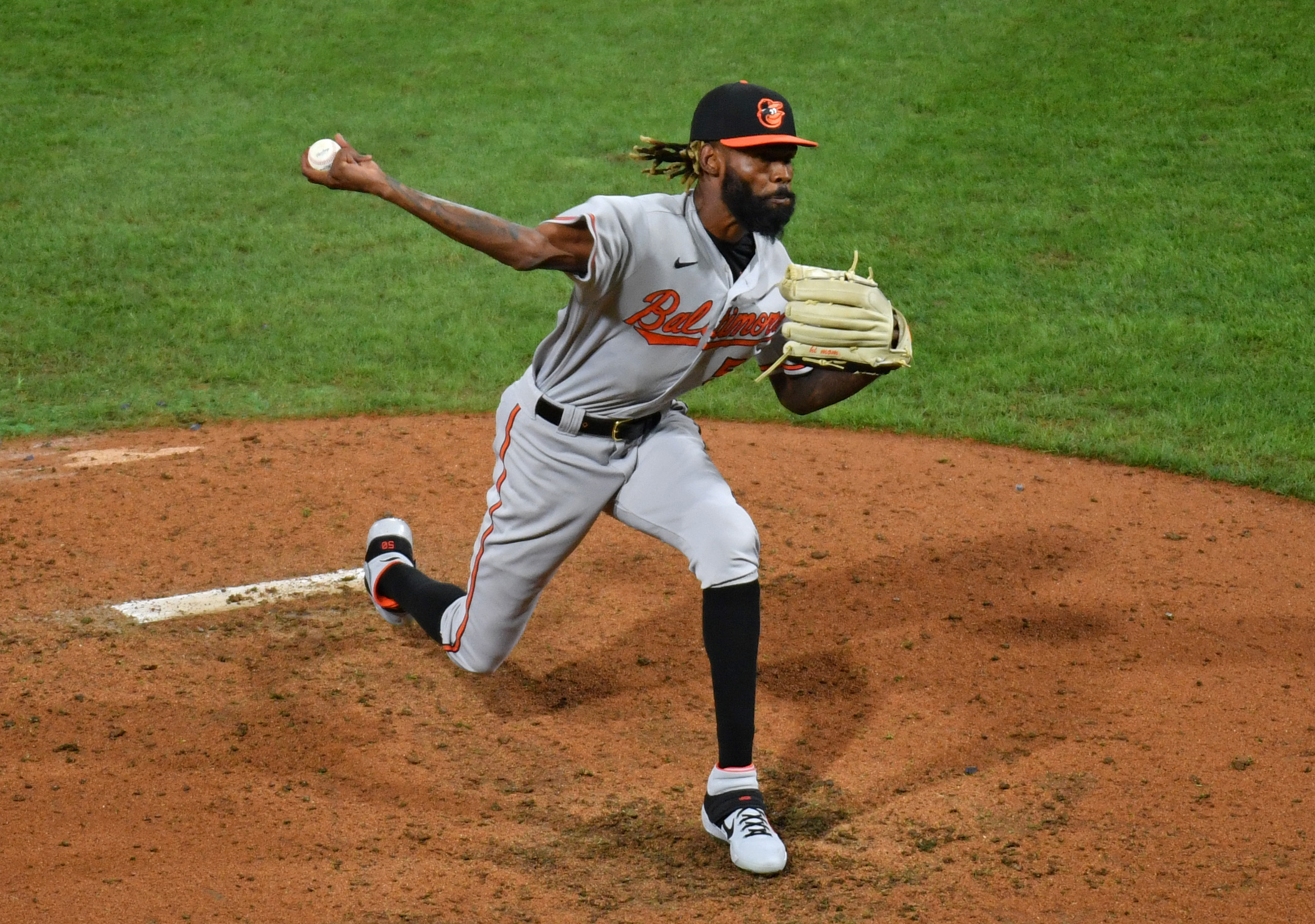 It’s mind boggling that a team refuses to learn from past mistakes. They’re trying to save a season that has 25 games left by bringing in older players hitting under .250 and cheap clones of Edwin Diaz. Because doing the same thing over and over will surely get you a different result.

Couldn’t just let the season die, could ya …

I think I’m just going to make some of these hate lists an Andy Martino tweet. For instance:

Fills me with rage.