Ravens believe their camp is a success... 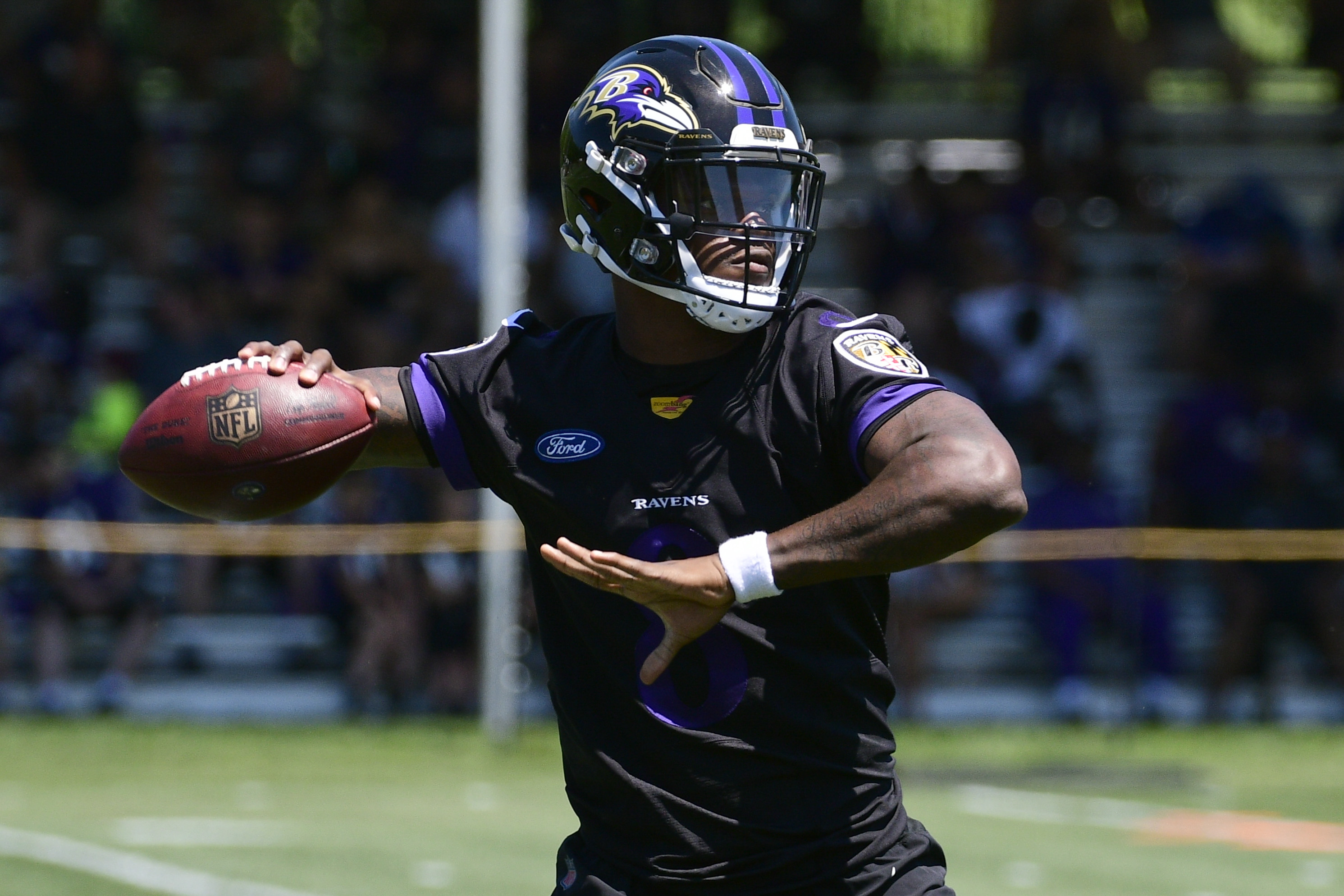 Ravens believe their camp is a success...

With all the tumult concerning the release of Earl Thomas for “conduct detrimental to the team”, the Baltimore Ravens still believe they have had a productive camp as we creep into September.

Per Clifton Brown of the team website, who was there:

“Things were not going smoothly for the offense during the first portion of Saturday evening’s scrimmage at M&T Bank Stadium. The early drives stalled quickly, the defense was playing well, and some of Jackson’s throws were off-target. At one point, the reigning MVP spiked the ball in frustration after the Ravens were flagged for a pre-snap penalty.

“But in the second portion of the scrimmage, Jackson suddenly came to life. He hit Mark Andrews over the middle for a nice gain. Then came Jackson’s play of the day, when rolled to his right and flicked a 40-yard touchdown pass to Marquise “Hollywood” Brown. Jackson later threw a 14-yard dart to Andrews in the end zone to end his practice on a positive note.”

“Good practice, I’m proud of the guys,” Head Coach John Harbaugh said. “It was really good circumstantially to get in the stadium work in a semi-realistic type of an environment for the game. I think every time you change environments, it’s a challenge for execution. And that sure showed up today, but we fought through it, and I think it’s a step in the direction toward playing the game. Now, we’ve got to lock in and get better.”

The Ravens tried to replicate game situations in many ways during a session that began at 5:30 p.m. The stadium lights were on, as were the video boards and public address system. Simulated crowd noise pumped through the speakers. The team went to the locker room after pre-practice warmups, then returned to the field by running out of the tunnel together.

To prepare for this most unusual NFL season, Harbaugh thought another session in the stadium was beneficial and he was eager to watch the tape later.

“Generally speaking, I just think we can be a lot better execution wise,” Harbaugh said. “It was good to see some tackling, especially from the young guys. It was good to see some competing, you always appreciate that. I felt like the guys were really excited, there was a lot of enthusiasm to go play in this kind of environment. But we have work to do. It’s a different kind of a preseason so we’ve got to learn from it.”

Here are some other highlights from Saturday’s practice:

The Ravens waived three undrafted rookies and placed another player on injured reserve Monday afternoon as roster trimming begins around the NFL.

At center, the Ravens already have veteran Matt Skura, who has been ramping up his work as he returns from a season-ending knee injury. Patrick Mekari stepped in well last year and has done the same in training camp, and there are other options as well as multiple players have position flexibility.

Baltimore is deep on the defensive line after the additions of Calais Campbell and Derek Wolfe, as well as adding two draft picks in Justin Madubuike and Broderick Washington. The Ravens have undrafted rookies Marcus Willoughby and Chauncey Rivers at outside linebacker, as well as first-year player Aaron Adeoye.