Your Morning Dump... Where despite the blowout win, there's plenty of room for improvement 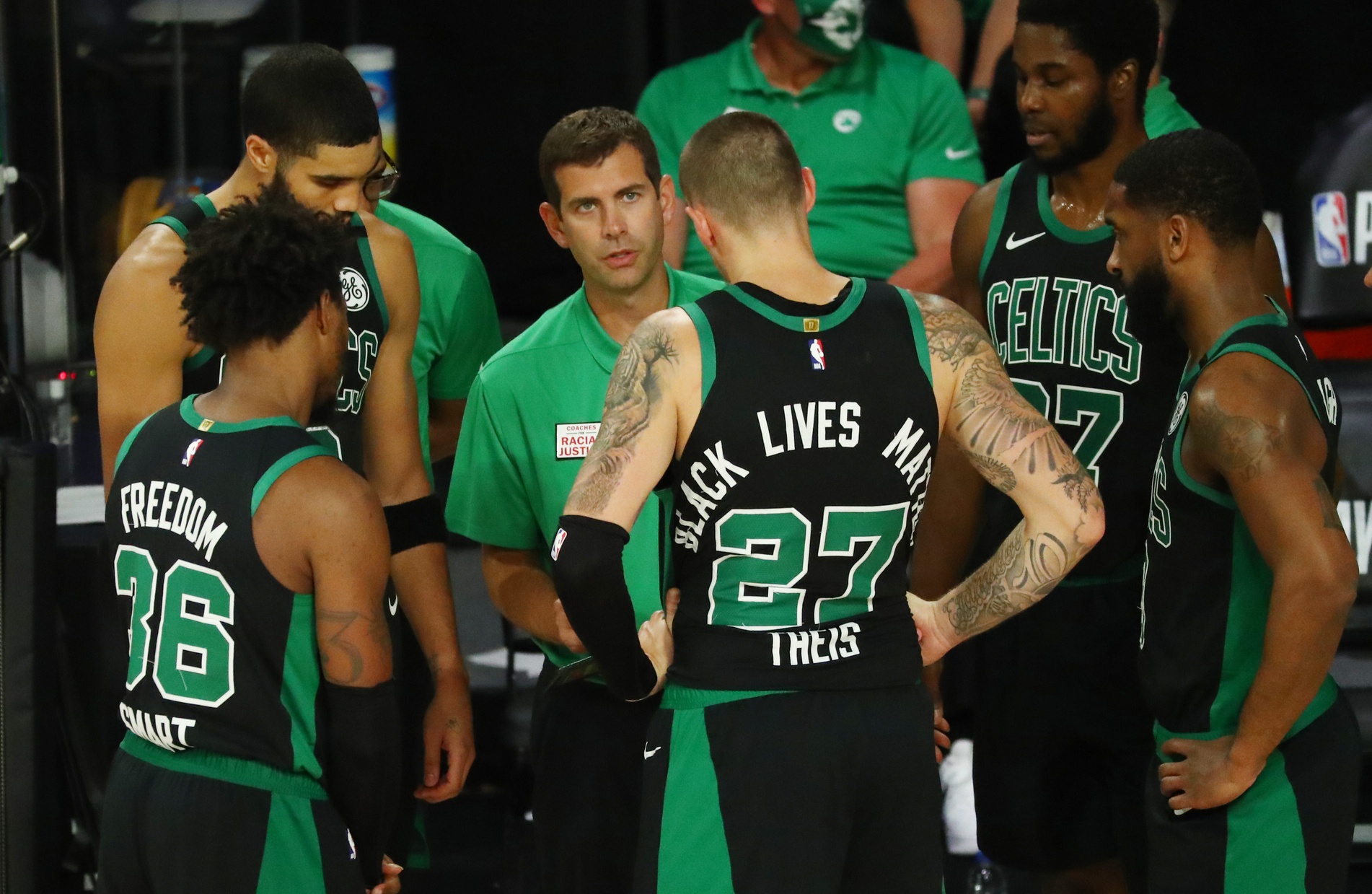 Your Morning Dump... Where despite the blowout win, there's plenty of room for improvement

It seems like this Boston team can play much better than Game 1. Brown was 6-for-18 shooting and battled foul trouble. Daniel Theis grabbed a career playoff-best 15 rebounds but missed three open layups and committed four turnovers.

Speaking of turnovers, the Celtics committed 23, an alarming number in a playoff game. And still, they never trailed, and the defense forced the Raptors to miss 30 of their 40 3-point attempts.

Afterwards, on a night where his Celtics only allowed seven fastbreak points, Stevens didn’t seem to be in a celebratory mood.

Don’t get me wrong, I have no grand illusions of the Celtics cruising through this series with double-digit wins. But… don’t fall into the trap (likely to be perpetuated today by talking heads on cable TV shows) that the Celtics can’t play any better and the Raptors can’t play any worse.

John Schumann has an interesting story on why the Celtics might be a match-up problem for Toronto. Here are two key points:

Nurse and Stevens are excellent coaches and will surely make adjustments. But the Celtics personnel just might be better suited to execute.

On Page 2, Marcus Smart was the true X-factor.

The game opened with Smart knocking down an open corner 3, helping Boston jump out to an immediate 11-3 lead it would never relinquish. But while Smart made shots Sunday, going 5-for-9 from 3-point range en route to scoring 21 points, it was his play at the other end that truly set the tone for the Celtics.

Toronto repeatedly got All-Star Pascal Siakam into post-ups on the right block against Smart — who is sacrificing about six inches in that matchup. But Smart, one of the best individual defenders in the league, repeatedly won the matchup. And, in a play that was emblematic of how this game went, Smart made an outstanding play in transition to give a surprise double-team to Fred VanVleet at center court, stealing the ball from him in a sequence that ended with Robert Williams getting a dunk without a Raptor within 40 feet of him.

Smart wreaked havoc all over the place, finishing with a game-high plus-27 in his 31 minutes, and helping to hold Siakam and VanVleet to a combined 8-for-32 performance including 2-for-14 from 3-point range.

I’m willing to bet Marcus won’t make 50% of his 3s in this series, but I’d bet my life on him wreaking defensive havoc in every game.

NBC Boston: Theis excels at both ends | An ode to Kemba’s playoff defense