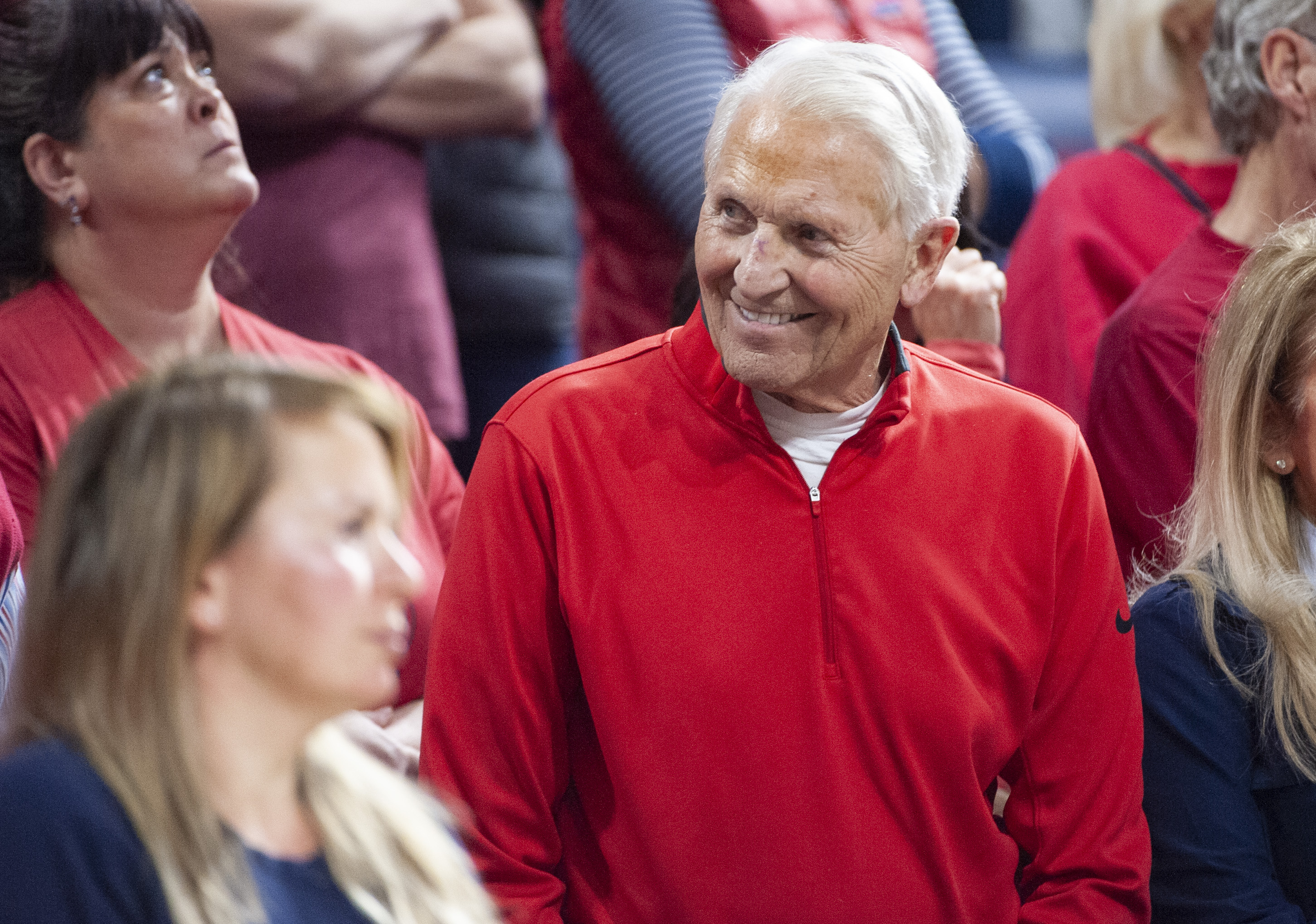 Olson coached the Wildcats from 1983 to 2008. In that time, he had a record of 589 wins and 187 losses, for an impressive winning percentage of .759. In 1997, Olson led the Wildcats to a NCAA Division I Championship. The Arizona Wildcats defeated the Kentucky Wildcats 84-79 in overtime from the RCA Dome in Indianapolis, IN. It is the only time ever that the University of Arizona has won the NCAA Men’s Basketball Championship.

In 2001, the University of Arizona Wildcats returned to the NCAA Championship game, but lost 82-72 to the University of Duke Blue Devils. That game was played at the Hubert H. Humphrey Metrodome in Minneapolis, MN.

Thompson is widely regarded as the first African-American head coach to win the NCAA Division I basketball championship. In 1986, Thompson led the Hoyas to the 1984 title as Georgetown beat Houston 84-75 at the Kingdome in Seattle. Thompson also led the Hoyas to the NCAA Division I final, but the Hoyas lost to North Carolina in 1982, and the University of Villanova in 1985. As a player, Thompson also won two NBA Finals with the Boston Celtics in 1965 and 1966.