Five Packers Who Have Earned Bigger Roles After Training Camp 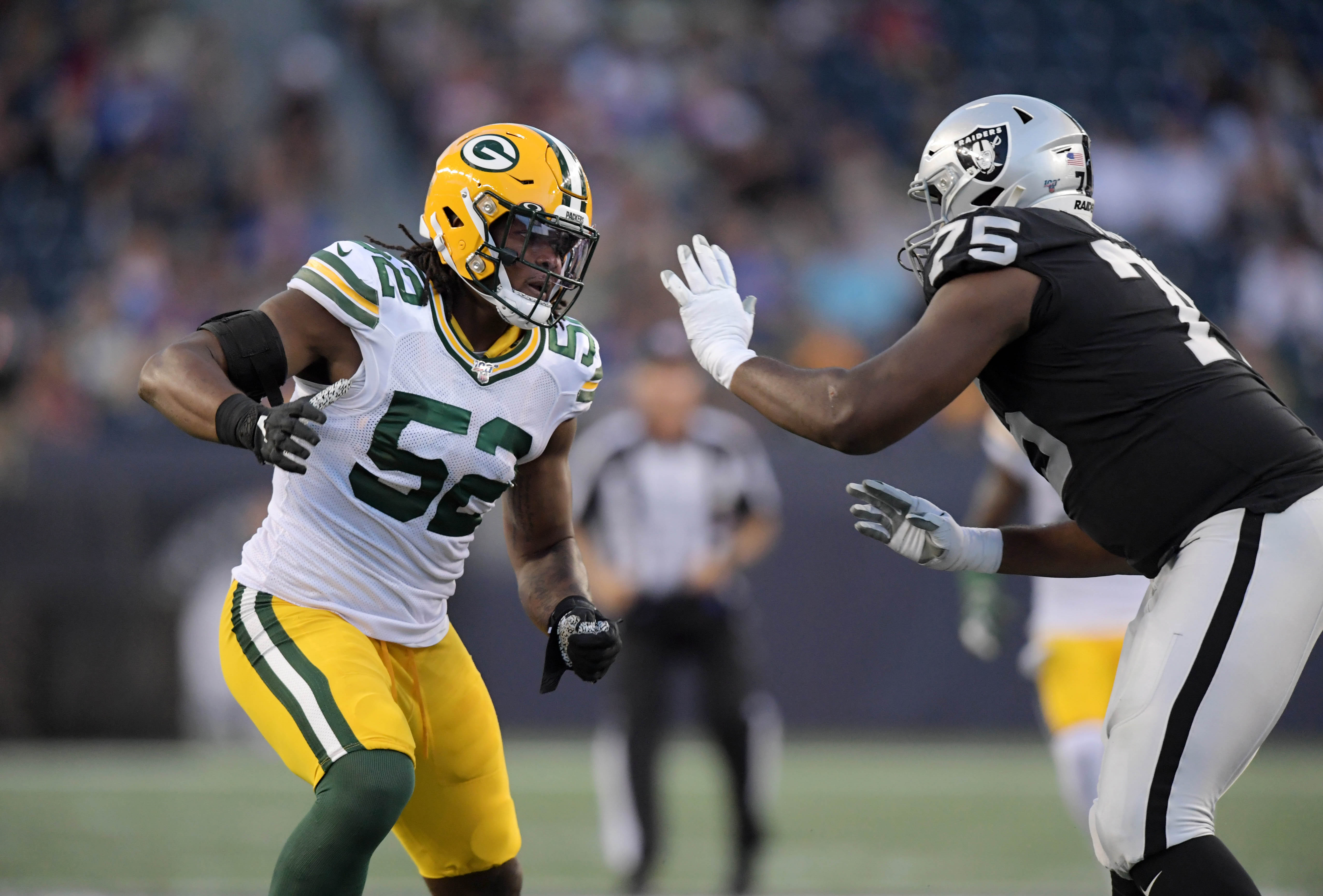 Five Packers Who Have Earned Bigger Roles After Training Camp

The Green Bay Packers have officially ended training camp and are now starting to prepare for their Week 1 meeting with the Minnesota Vikings. Cutdown day is less than a week away.

While this has been a most unusual training camp and there have been no preseason games, some Packers players have stepped up their performance in training camp and will likely earn bigger roles this season as a result.

Here is a look at five players who have taken a step forward. Keep in mind that rookies are not eligible for this list since they were not on the team last season and cannot have a “bigger” role as a result.

Keke is looking to make a second-year jump after playing sparingly on defense as a rookie. Last season, Keke made 10 total tackles and delivered one quarterback hit while playing in 14 games for the Packers.

In training camp, Keke has had several noticeably strong days and he’s shown the ability to get to the quarterback. With Montravius Adams injured and Tyler Lancaster and Dean Lowry coming off seasons where they struggled to get any pressure on the quarterback, the door is wide open for Keke to get a lot more reps in 2020.

Look for Keke to be a regular part of the defensive line rotation this season and to possibly earn a starting job before the season is over if he continues to play the way he did in training camp.

The Packers have not re-signed veteran Tramon Williams who had a strong season as the team’s nickel corner last season. Sullivan played well as the dime back last year and will now step into his new role as the nickel back after enjoying a strong training camp.

Last season, Sullivan had one interception while making 30 total tackles. According to pro-football-reference.com, opposing quarterbacks completed just 35.5 percent of their passes when targeting receivers Sullivan was covering last season and Sullivan held quarterbacks to a 34.3 rating in those situations.

If Sullivan can take another step forward in 2020, the Packers secondary should be deep, talented and diverse group that can help give defensive coordinator Mike Pettine plenty of options.

Taylor was almost a forgotten man in Green Bay after he was injured and lost for the season in Week 2 last year. Elgton Jenkins took over and played exceptionally well at left guard. Many people expected Taylor to be cut in the offseason to create additional cap space.

Instead, the former Oklahoma State star took a pay cut to stay in Green Bay. With Rick Wagner hurt, Billy Tuner has moved to right tackle and Taylor is now competing for a starting position at right guard.

Taylor has enjoyed a strong training camp and he’s reminded people why he was an effective starter for the Packers for more than three seasons.

He and Jenkins would give the Packers two outstanding run blocking guards and that fits in well with some of the plays Matt LaFleur wants to run in his offense. Look for Taylor to see the field as a starter this year if he stays healthy.

We’ve heard Gary’s name more than any other defensive player whenever the coaching staff was asked who was having a good day in camp.

Gary has shown the ability to get after the quarterback and to make plays against the run. He has worked hard during the offseason and the game appears to be slowing down for him in his second season in Pettine’s defense.

If Gary takes that step forward, the Packers could have three outstanding edge rushers in Gary, Preston Smith and Za’Darius Smith and that could give opposing offenses fits. But Gary needs to show he can get the job done in games and not just on the practice field.

MVS got off to a good start last year but an ankle injury suffered midseason slowed him down and he finished the season with a whimper after starting it with a bang.

For the first, time, it looks like MVS and Aaron Rodgers are on the same page and not just with deep plays down the field but on slants and other intermediate routes that Valdes-Scantling can turn into big plays with his speed.

Valdes-Scantling has a lot of talent and upside. He looked ready to assume a larger role in the offense during training camp. Look for MVS and Allen Lazard to round out the Packers top three receivers behind Davante Adams.