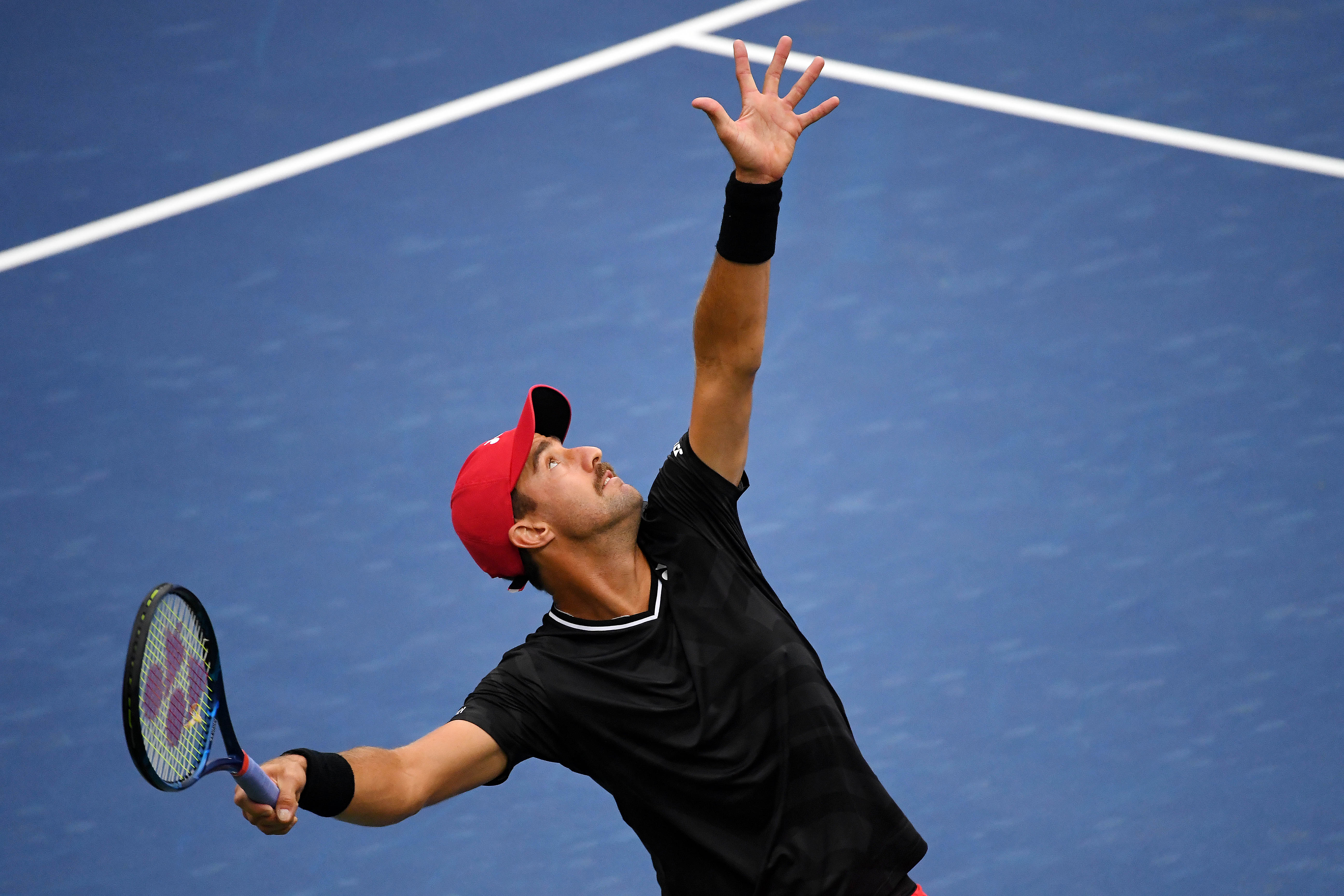 The 2020 U.S. Open is now underway from Flushing Meadows, New York, and the matches from the first round concluded on Tuesday night. In all, there are 11 American men and 16 American women who have advanced to the second round.

One of the most fascinating first round matches was an all-American contest between the 35-year-old and 16th seed John Isner of Greensboro, NC versus the 30-year-old Steve Johnson of Orange, CA. In five gruelling sets, Johnson came through with a 6-7, 6-3, 6-7, 6-3, 7-6 victory in a match that lasted three hours and 50 minutes. The fact that three of the five sets went to a tiebreak should come as simply no surprise whatsoever. Isner has an excellent serve, but struggles with his return of serve. Johnson was able to break Isner twice and beat Isner 7-3 in the fifth set tiebreak.

In all there were 74 aces in the match, with Isner having 52 of them. However a major reason why Johnson won the match came down to unforced errors, as Isner had 46, while Johnson only had 23.

There were two other intriguing first round matchups on the men’s side. Fifth-ranked Alexander Zverev of Germany, the 2020 Australian Open semifinalist, defeated two-time grand slam finalist Kevin Anderson of South Africa, 7-6, 5-7, 6-3, 7-5. Anderson went to the final of the U.S. Open in 2017 before losing to Rafael Nadal, and the final of Wimbledon in 2018 before losing to Novak Djokovic.

The other juicy first round matchup had eighth-ranked Roberto Bautista Agut of Spain defeat American Tennys Sandgren in straight sets 6-4, 6-4, 7-6. Bautista Agut qualified for the semifinals of the Western & Southern Open last week in New York, while Sandgren reached the quarterfinals of the Australian Open back in January.

Meanwhile the most intriguing women’s match was between the second-seed American Sofia Kenin, the Australian Open champion, and Yanina Wickmayer of Belgium, the 2009 U.S. Open semifinalist. However this match was no contest, as Kenin easily won in straight sets, 6-2, 6-2.