Your Morning Dump... Where the Celtics are rolling and Nick Nurse is whining 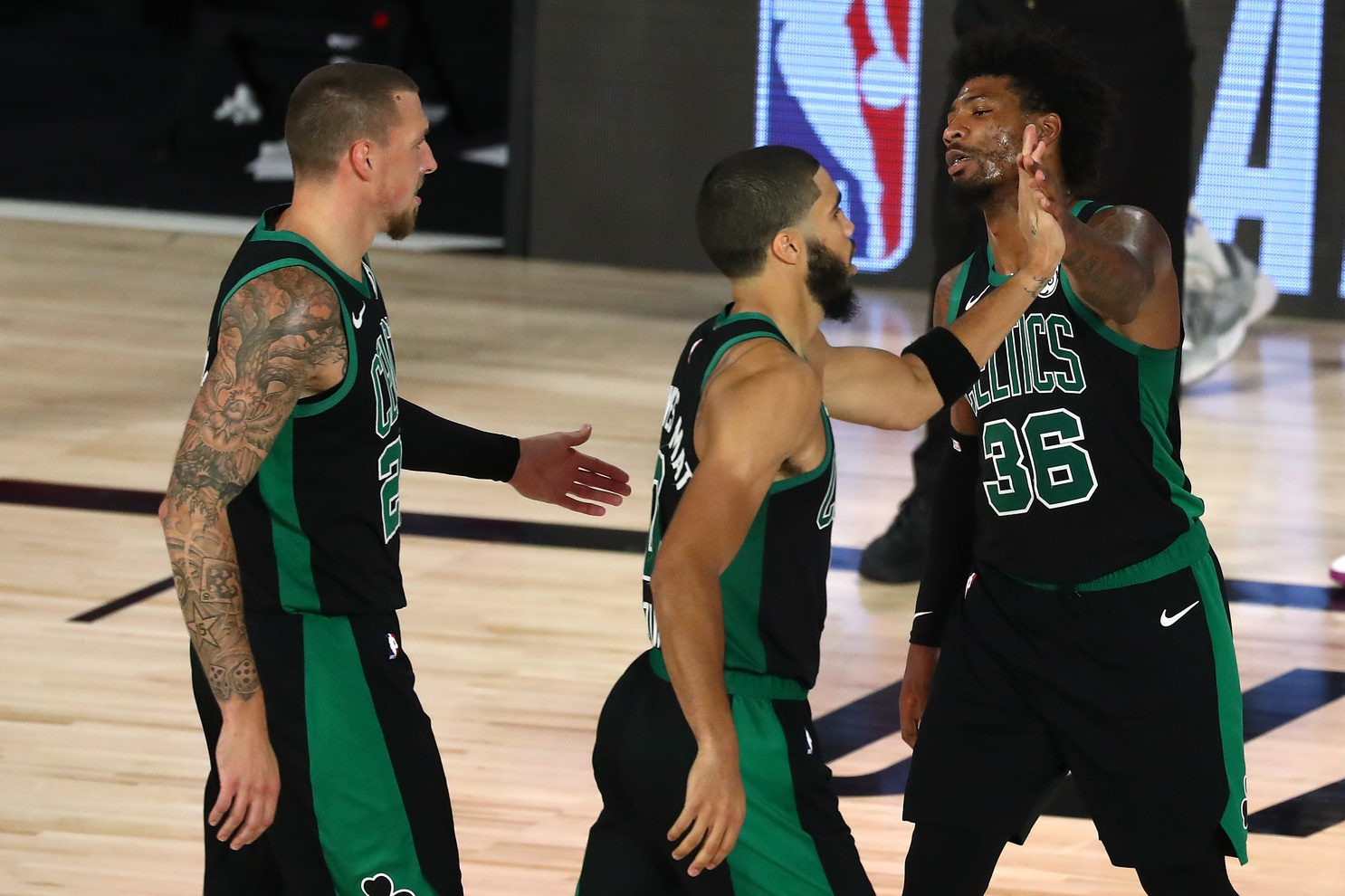 Your Morning Dump... Where the Celtics are rolling and Nick Nurse is whining

The only frustrating part about it is this: he shoots 14 free throws, which is as much as our whole team shoots,” Nurse, whose Raptors actually went 16-of-19 from the foul line, said. “That’s the frustrating part. I think our guys were working hard on him and we were doing a pretty good job. He did make some good shots.

“They were obviously getting him the ball a lot, getting him in space. We could’ve helped a little bit better here and there. But they (did) take very good care of him tonight.”

He expressed frustration with how Celtics guard Marcus Smart defended Toronto forward Pascal Siakam when he drove toward the lane as the Raptors trailed, 102-99, with 35.8 seconds left. Smart stripped the ball away while Siakam hurled toward the sideline.

“I think Smart fouled the [crap] out of him,” Nurse said. Siakam was not as direct with his answer, saying “I’m not a referee; I went hard to the rim.”

Poor Nick Nurse. You have to feel for the reigning Coach of the Year. He’s desperately searching for excuses when his team is simply getting outplayed and outsmarfed.

A quick scan of the box score shows very little disparity in the Game 2 total foul calls. In fact, Toronto was gifted a bullsh-it technical foul very late in the game. Spare me the “the-air-punch-has-been-called-a-tech-all-year” nonsense. Officials have given superstar players like Jayson Tatum slack on technical fouls in the playoffs for decades.

On Page 2, add another chapter to the legend of Marcus Smart.

“There’s only one Marcus Smart. I’m gonna tell you that much now. There’s only one. A different beast,” Walker said. He’s been effusive in his praise of Smart since day 1, and that didn’t change on this night. “That dude is unbelievable. I say it all the time, man, he’s a monster. We love playing with that dude. His intensity is unmatched. He’s just really fun to be on the court with. I love the intensity he brings to the game. He just raises our level.”

There are no words to describe Marcus.

The only certainty is that his teammates love him.

Related link: Globe – Marcus Smart is one of a kind