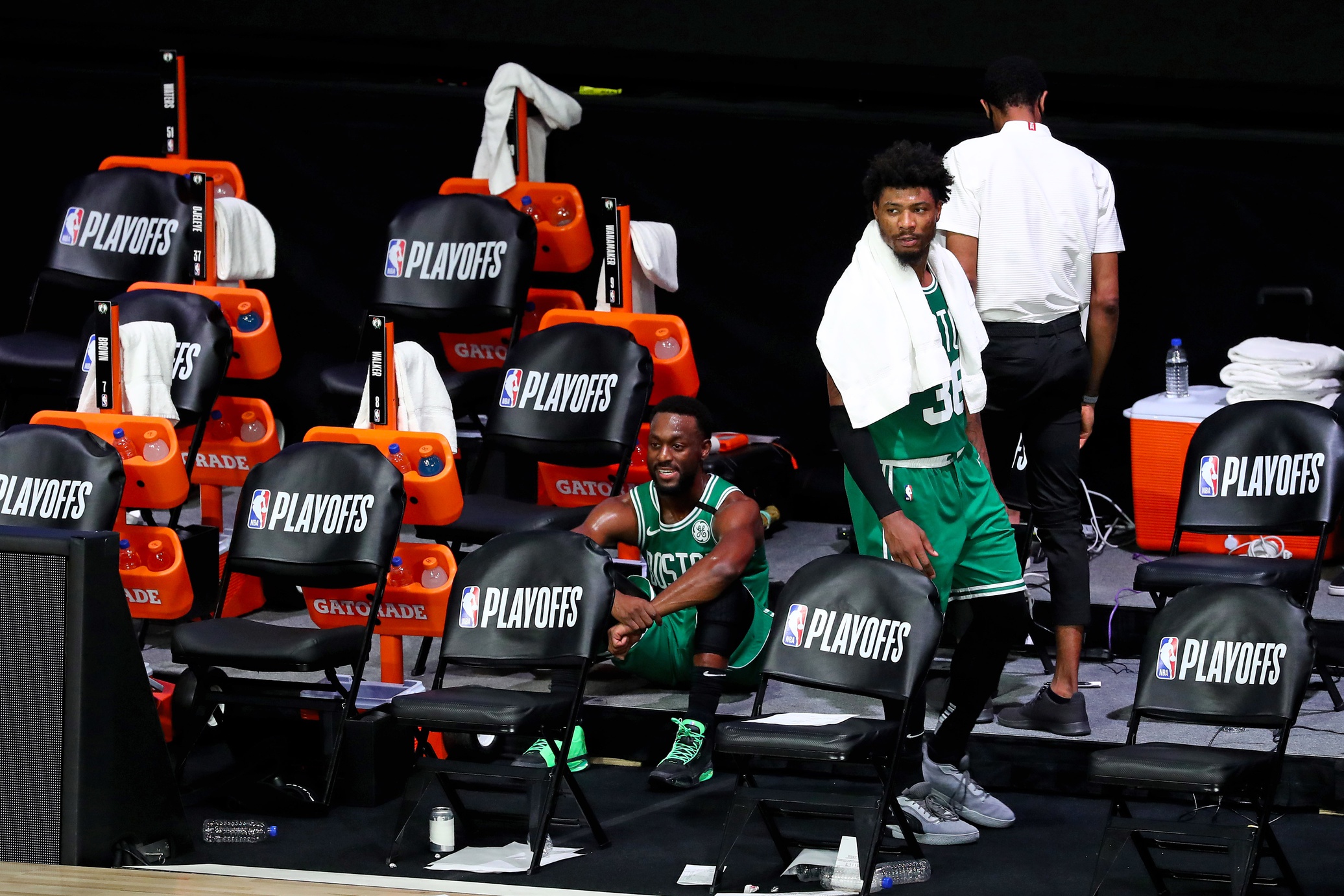 There are few things more sobering than a playoff buzzer-beater against your team.

The Celtics were 0.5 seconds from a commanding 3-0 lead against the Toronto Raptors. But credit goes to the whiny, floppy Kyle Lowry for a tremendous cross-court pass over Tacko Fall’s 9-foot wingspan to an open OG Anunoby whose three-pointer propelled the Raptors to a 104-103 victory in Game 3.

The shot not only ruined my buzz, but it also ruined a tremendous final two minutes where we saw some incredible passing from Jayson Tatum, Marcus Smart, and Kemba Walker (29 points, 9-15 FG).

To be honest, the Celtics were mediocre in the 2nd half. But it appeared they had done enough in the final two minutes to steal the win.

Lowry was not happy about this elbow 👀

Theis ended up getting a flagrant 1. pic.twitter.com/ri4qneChmz

I'm all for reviewing plays to get them right, but officials being bullied into reviews by players has to stop.

The #Celtics are doing playoff-Celtics things tonight, lead the #Raptors 33-28 after the first quarter. The star of the game thus far has been @KembaWalker whose getting anywhere and everywhere he wants to, to the tune of 17 1st-quarter points.

Jaylen Brown's been very solid defensively so far in Game 3. Great work here with the block, his third tonight (a career-high): pic.twitter.com/O3u0neZkLK

Kemba Walker hits a 3-pointer to close the first half and give Boston a 57-47 lead at the break. Story of the series remains Toronto's abysmal shooting — Raptors are 5/22 today, and 26/102 through 10 quarters. Walker, meanwhile, remains on fire, and has 21 to lead Boston.

Kemba Walker (21 PTS) lets it fly before time expires in the 1st half on TNT! #NBAPlayoffs @Raptors 47@celtics 57

Just by looking at the Raptors' body language right now you'd think they were down by 20. It's 60-53.

Jaylen Brown: "That was just a fucking disgrace at the end of the game. That was just terrible. No way we should have lost that game. I take responsibility for that. Not just that play, but a lot of the plays before." pic.twitter.com/8DmZEN7WIs