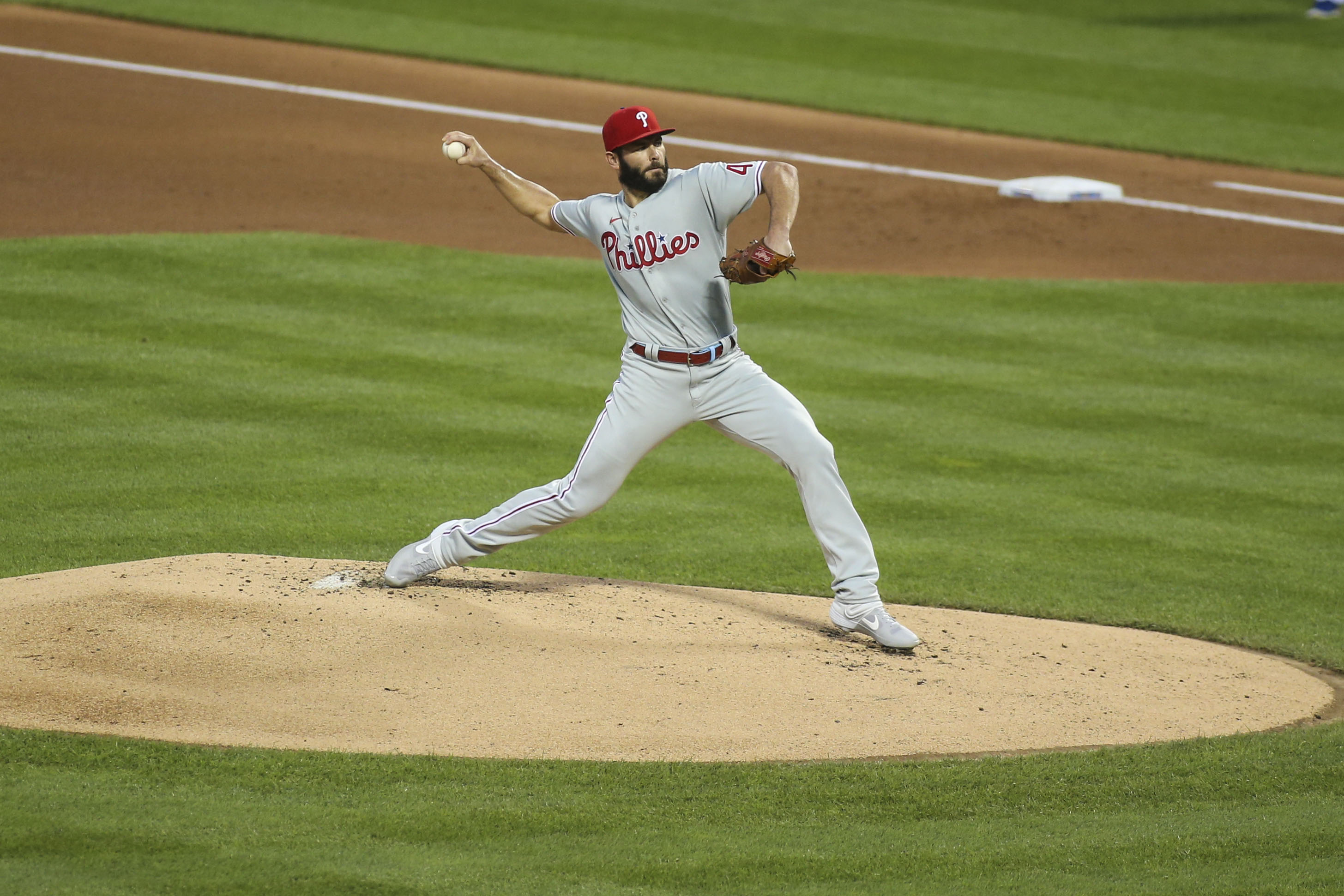 Friday’s game … ugh. It’s like I have nothing and everything to say about it at the same time.

First thing I want to discuss is Billy Hamilton. You probably know by now that he’s been designated for assignment. Not coincidentally, Hamilton made a baserunning blunder that almost cost the Mets the game against the Yankees on Thursday. It seems very clear cut, right? This is the second time that Hamilton has made a terrible baserunning decision, and you can’t afford to have him keep doing it. So he gets let go and that’s the end of the story.

But Billy Hamilton is the perfect example of the kind of greater organizational breakdown that this team steps into over and over and over and over again. Let’s start with the backdrop of the Mets trading a decent prospect for him in Jordan Humphryes, who was thrown away like a piece of meat because he wasn’t one of Brodie’s draft choices, but that’s another story for another time.

Okay, so I’m not going to try to make the argument that Hamilton is the greatest player of all time … far from it. But he does have world class speed and plays very good defense. The Mets, who have always been horrible at scouting their own players, should have realized that Hamilton gets too aggressive on the bases after the blunder in Philly. So instead of throwing him away after you ate at your prospect depth to get him (when you could have signed him as a free agent but that takes money so screw that, right?), maybe the Mets could have coached him a little better. Maybe if you know that he has a tendency to be aggressive on the bases because of his lightning speed, how about giving him a stop sign? Most players default to not running until they get a green light. But with Hamilton’s speed, he’s always thinking “go”. So wouldn’t he get a red light in a situation like that? Should he know better, yes. But where was the coaching staff to protect him from himself? Isn’t that what coaching staffs and analytics staffs do?

“You are at second base with nobody out and you have J.D., [Michael] Conforto and [Todd] Frazier coming up in that order with a one-run deficit. That is something, you have got to let the guys hit in that situation … It’s just not good baseball at the time.” –Luis Rojas

All true. Hamilton should have known that. But Rojas should have known that he has a tendency to run too much. So here’s an idea … coach him! Manage him! It was a mistake by Hamilton, but a stop sign would have prevented all of this. Instead, you wait until he makes a blunder in a big spot leaving yourselves no choice but to throw him away after you threw away a prospect to get him. That’s organizational failure from farm to table … from Brodie, to Rojas, to Hamilton. All unnecessary, and they’ve lost not only a prospect, but now a player who could have provided some useful traits down the stretch.

Another example of this came in the 8th inning with the Phillies up 3-2. To this point, Jake Arrieta had pitched well, giving up only a two run HR to Michael Conforto in the fifth inning as he adjusted to Arrieta working the inside corner all night to that point. But that was all Arrieta gave up as Jared Hughes coughed up a two out rally to the bottom of the order to give the Phillies back the lead in the 7th. So Hughes walks Rhys Hoskins to start the 8th and Didi Gregorius comes up. he hits a ground single to right field to put runners on first and second. In itself, it’s not the biggest deal in the world, right? 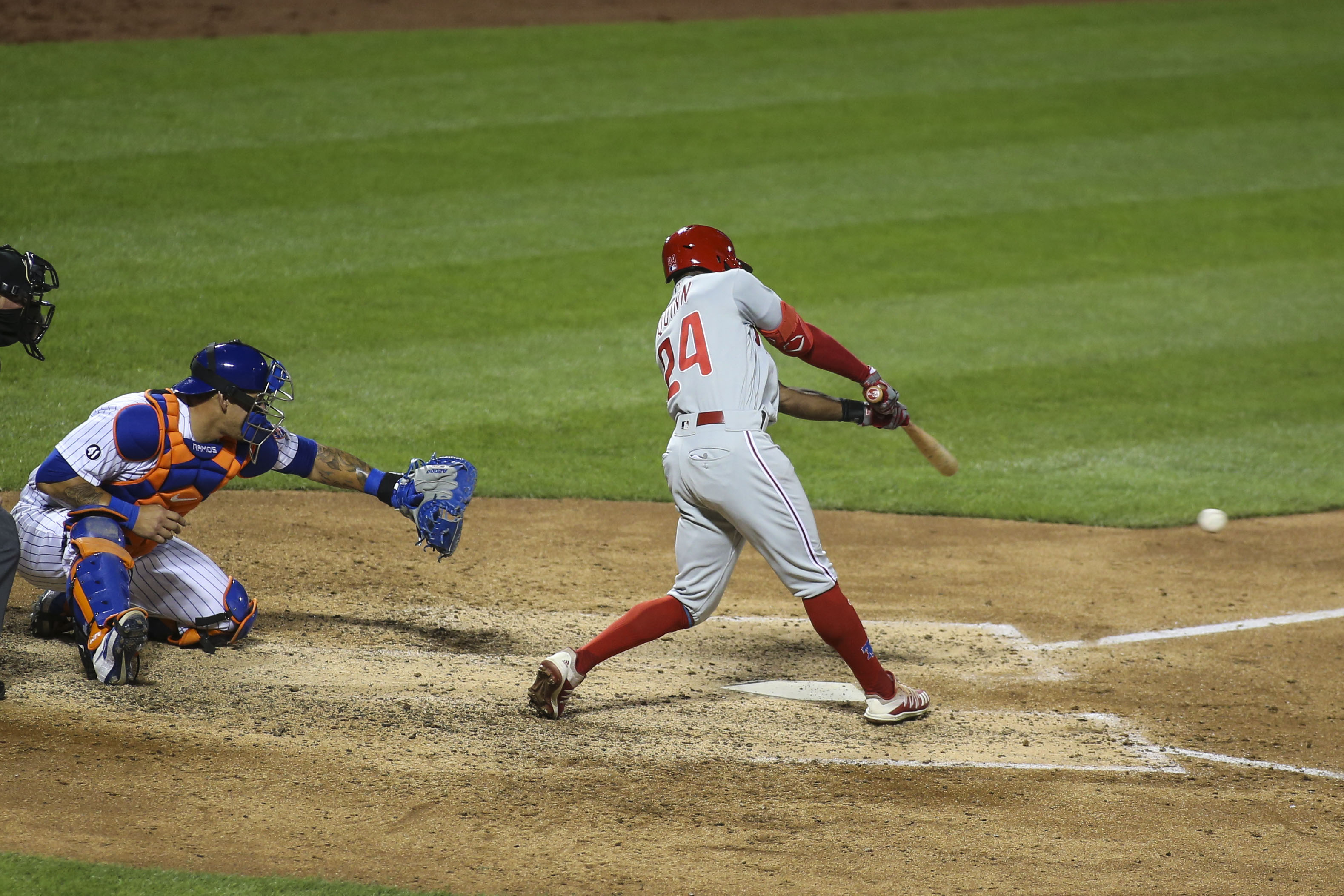 Now let’s look at it a bit more closely. We’re all into analytics now, right? So let’s analyze Gregorius. He has a career pull percentage just over the MLB average at 36.9%, but in the last three seasons, his pull percentage has gone steadily up from 38% in 2018, to 39.6% in 2019, to 41% in the small sample size of 2020. Now stay with me because I don’t really do analytics all that much, not because I’m anti-analytics but because I’m too stupid to understand them off the top of my head. But let’s try to apply wOBA to this situation because Baseball Savant tells us that Gregorius’ wOBA in 2020 without a shift is .364, while his wOBA with a shift played on him is .308 this season.

Now without explaining it all too much because you might be bored at this point, wOBA is a fancier OPS. And .364 is considered by Fangraphs to be above average to great, while .308 is considered to be poor to below average. So the question becomes this: Why the f*** didn’t the Mets shift on Gregorius? If the Mets had shifted on him, just based on the numbers that I’ve given you, that’s a double play and the JT Realmuto pop up ends the inning with the score 3-2. Then who knows where the game goes. Instead, all hell breaks loose as an error by Dom Smith made the score 4-2, while Brad Brach hitting a batter with the bases loaded made it 5-2 in the 8th and the Mets had left themselves a much steeper hill to climb. Of course, they couldn’t overcome them as a rally in the 8th was thwarted by a great play by Hoskins on a bullet by Robinson Cano, and by a pop up on a ball that Pete Alonso would have driven out to right field last season before going down 1-2-3 in the 9th.

Now, I’m not presenting these numbers to tell you how smart I am … quite the contrary: I’m stupid. The plain truth is that if I really understood these numbers I’d be inheriting Bill James’ advanced metrics empire and I’d be hosting MLB Now instead of Brian Kenny, who is smart unlike me. But despite being stupid, I was able to find these numbers. Where is our analytic department led by Brodie to provide Luis Rojas these numbers and other information he needs to perhaps change the game by employing a shift when the numbers say to do so?

That’s the complete organizational breakdown that has plagued the Mets forever, or so it seems. Remember that this is the franchise that brought you Terry Collins saying that “for all I know Jay Bruce is the fastest man on the team.” It continues today. The mistakes are conceived at the top by Fred and Jeffy, allowed to blossom by Brodie, protected by Luis Rojas, and passed on to the players who don’t have the talent to overcome them. From Jay Bruce, to Billy Hamilton, to Didi Gregorius. Yes, it’s a weird season, but it’s a long list of examples as to why this team can’t get out of its own way. And it’ll be a contributing factor as to why this team won’t make the playoffs in a season where 294 teams will make the playoffs.