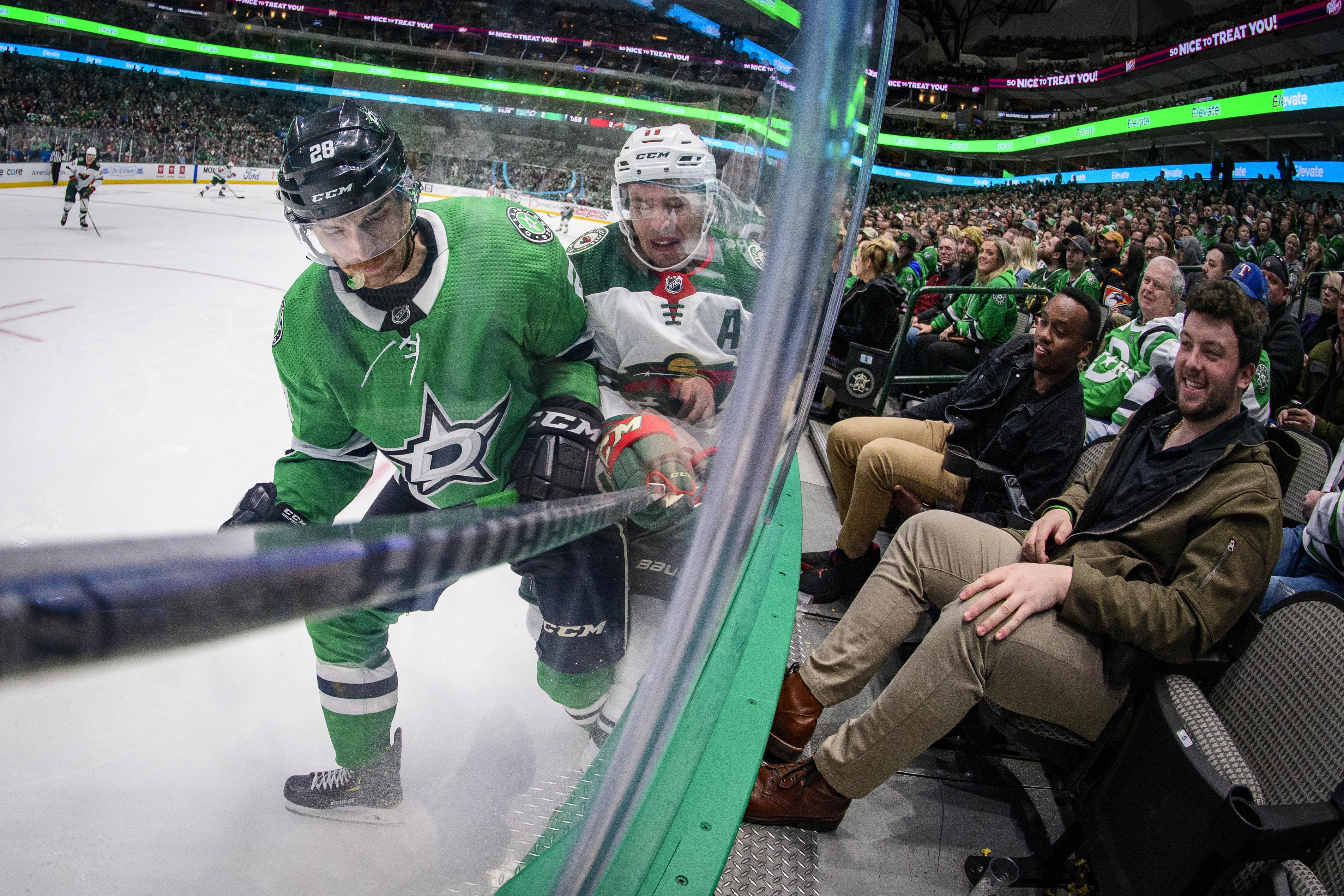 If there is one thing I enjoy doing as a blogger is shining a light on other passionate fans and letting them share a bit about themselves or providing them an outlet to contribute their hockey views.  Blogging has provided me the opportunity to meet so many fantastic people, whehter virtually or in person, and I guess you could say this my way of encouraging more people to give them a listen.

You may remember in June when I told you about long-time Minnesota sports (including the Minnesota Wild) podcaster and friend, Joey Awaijane who is the founder and host of the Brave the Wild show which has been going since 2008.  You can read my interview with Joey Awaijane here.  His show is one of a growing number of podcasts that focus on the Minnesota hockey landscape.  As people continue to mostly stay home amid this pandemic, I think we’re all searching more for voices just so we’re not stuck just listening to our own.  In fact, Minnesota hockey fans have probably never had so many high quality podcasts to listen to.

I thought I’d help shine a light on some of these shows, to give them an extra bit of love and hopefully provide you a reason to give them a listen or at least an excuse to check them out.  So if you’re just relaxing over Labor Day weekend, take your phone or lap top and put in your ear buds and check out all of this hockey talk.  Here are a collection of those podcasts and a little bit about each of them. 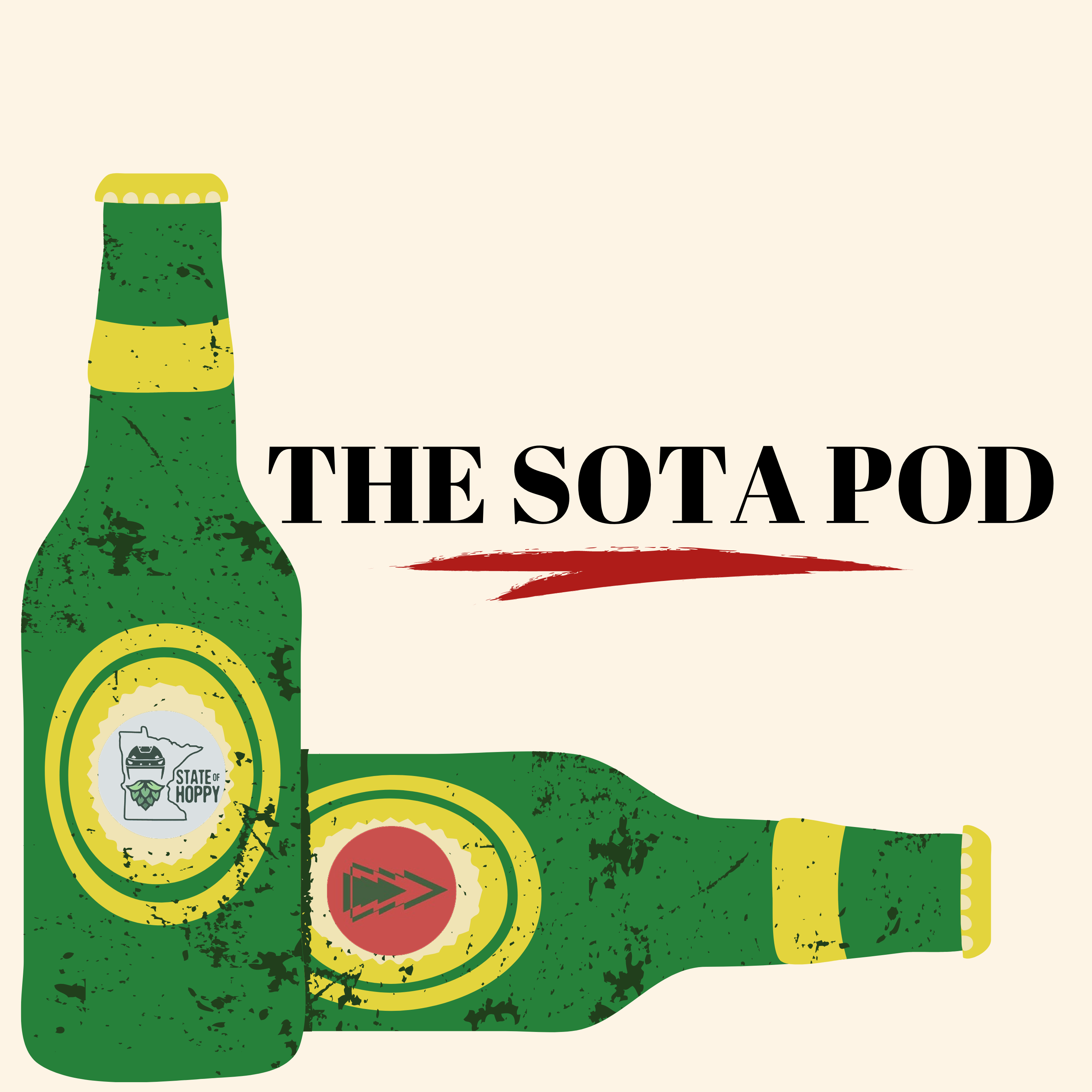 The Sota Pod is hosted by Isha Jahromi and State of Hoppy, this Minnesota Wild / hockey-centric podcast is energetic and fun yet very chill where they aire two episodes per week.  If you are a craft beer conoisseur, many of their podcasts have portions of their show where they discuss various craft brews from around the nation and the world.  This podcast is both in audio and visual form which sets it apart from most out there.  In fact, they usually imbibe as the show is going on which I think help gives the podcast a relaxed vibe.  Beyond that, the podcast features great guests with hockey content creators from all over the NHL landscape from hockey writers like the Athletic‘s Michael Russo, to-ex players like former Buffalo Sabre defenseman Doug Bodger, to bloggers and fellow podcasters.

Jahromi is also the founder of the Hockey Pod Net, which features different podcasts that cover every team in the league, so you don’t have to be a Wild fan to enjoy their content and it also means the shows are very well informed and in touch with pressing team news around the league.  This is a podcast that really passes the mic around so to speak by inviting so many different people to speak and give their insight on their favorite teams and that makes it one of the best connected podcasts out there. 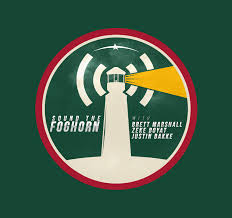 Sound the Foghorn is a relatively new Wild-focused podcast hosted by Brett Marshall, Justin Bakke of Minnesota Wild Prospects Facebook Page and Hockey Wilderness writer Zeke Boyat.  The weekly show features plenty of Wild-focused discussion at times inspired by the articles or podcasts of writer Michael Russo.  Their “Reaction to Russo” pieces take a deep dive on the points he makes on his podcasts or articles and it provides evidence to Russo’s central role in driving Minnesota Wild discussion among its fanbase.

They also do various live drafts and other little games between the hosts that are entertaining tangents into the team’s history.  For example, they did a Wild All Time team draft or a Wild Prospect Draft.  All of their podcasts feature some discussion of Wild prospects so its a great way to stay informed on how Minnesota’s talent pipeline is developing.  They also like to interact with fans, so sending in questions certainly helps keep the hockey discussion going.  So send those questions in folks! 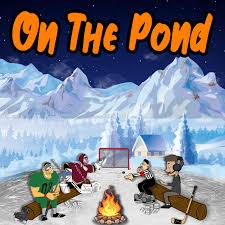 On the Pond is a hockey podcast with plenty of fun-hearted and candid hockey talk.  I would describe it as hockey talk by hockey players.  Players who have played the game at a high level and with a wide variety of experiences both through high school hockey, to playing juniors and at the college level and the pros.  Hosted by Sam Jerome, Nick Schmit and Dillon Eichstadt the podcast features interviews of college hockey and professional hockey players that usually grew up or played in ‘Section 8 country’ of Northwestern Minnesota.

The interviews are extremely candid and very entertaining as they usually get people to reveal some humorous hockey memories.  They have featured interviews of personalities like NHL Hall of Famer Phil Housely, former Minnesota Golden Gophers star Pat Micheletti, St. Cloud State coach Brett Larson and former Minnesota Wild player Zac Dalpe just to name a few.  Their interview of Crookston, Minnesota-native and current Cleveland Monsters’ forward Paul Bittner was especially colorful.  If you want to re-live some of the playful banter you probably experienced at your local rink, this is the podcast for you. 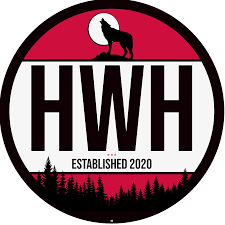 The Huskies Warming House podcast is hosted by Noah Grant and Nick Maxson this your podcast if you want to know everything about St. Cloud State’s Men’s and Women’s hockey programs.  While the Huskies are the main focus, they have plenty of NHL talk as well and they certainly like talking about analytics in their discussions.

Both Grant and Maxson were a part of the St. Cloud State hockey broadcasts and their passion and presentation is very polished and often features St. Cloud State alums and current men’s & women’s players but their interviewing approach is like what you normally hear from a major sports radio station.  Their interview of newly-minted CCHA Commissioner Don Lucia was very intriguing as he discussed being in charge a newly formulated Division 1 college hockey conference as the nation continues to grapple with the pandemic.  They also feature trivia contests with a chance to win merch from the show and it is well worth a listen and a follow. 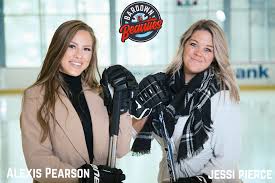 Bardown Beauties is hosted by Minnesota Whitecaps‘ color commentator Alexis Pearson and the Athletic‘s Jessi Pierce bring savvy insight and fun and in their podcasts.  Their access allows them to interview many of the main movers and shakers in the NHL and Minnesota hockey landscape like Lou Nanne, Tom Chorske and Jillian Fisher and regular talks with notable local media figures like Audra Martin and Tom Reid.

They certainly use their platform to promote women’s participation in the business and coaching of hockey as well as sports broadcasting.  Interviews with women involved in the game like Seattle Kraken’s analytics director Alex Mandryky, or Hamline Women’s hockey head coach Natalie Darwitz should all give us more reason to want more equality and opportunities for women in professional sports and its business.  The hockey podcast-o-sphere certainly could use more women’s voices like Alexis and Jessi for sure! 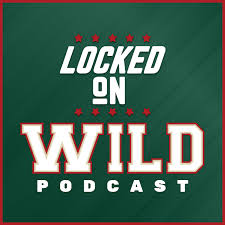 Locked on Wild podcast is hosted by the Zone Coverage‘s Joe Bouley and Tony Abbott who have been podcasting for the better part of the last 5-6 years from their days as writers for Hockey Wilderness.  The veteran podcasters / bloggers do a great job of diving deep into various Wild topics bringing in analytics to support their main points.

They love engaging the fanbase in questions and then examining those points in great detail.  If you are a hard-core Wild fan that wants to really get into the nitty gritty of player projection, contracts, personnel moves, etc this is the podcast that will give you plenty to think about.  Wild fans certainly have their share of hot takes, but are those crazy ideas or really savvy ones?  This podcast tackles those kinds of topics and does it with plenty of evidence and analysis. I know this podcast loves to get questions to discuss, so please send those their way and hear what Joe and Tony have to say about it.

It is my hope that I’ve helped describe these podcasts in such a way that you feel like you have at least a little idea as to what they’re all about and that while that they are all united as hockey podcasts, they are distinctive and special in their own way.  There are more choices than ever, but at least for Minnesota hockey it looks like we have damn good ones to listen to!

So what Minnsota Wild / Minnesota Hockey podcasts do you listen to?  Let us know on Twitter @CreaseAndAssist or in the comment section below!