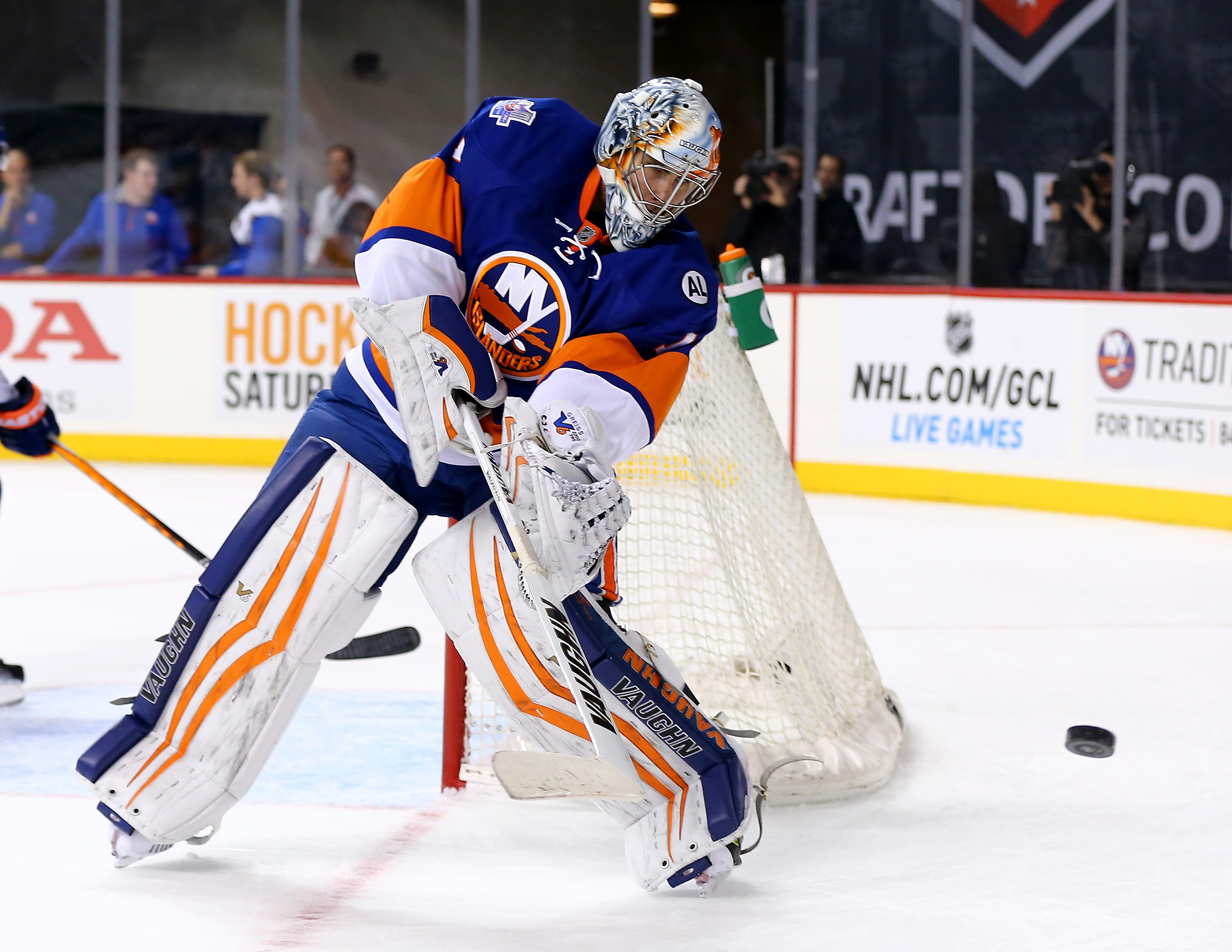 In the three game sevens of the second round of the 2020 Stanley Cup Playoffs over the last 48 hours, there were two shutouts. On Friday night, Robin Lehner of Gothenburg, Sweden made 14 saves as the Vegas Golden Knights defeated the Vancouver Canucks 3-0 at Rogers Place in Edmonton, Alberta to win the Western Conference semifinal series four games to three, and on Saturday night, Thomas Greiss of Fussen, Germany, made 16 saves as the New York Islanders defeated the Philadelphia Flyers 4-0 at Scotiabank Arena in Toronto, Ontario to win the best Eastern Conference semifinal series four games to three.

Lehner was not very busy whatsoever in recording his third career playoff shutout. He only made two saves in the first period, to go along with four saves in the second period, and eight saves in the third period. Brock Boeser of Burnsville, MN led the Canucks with four shots on goal. The Golden Knights goal scorers were Paul Stastny of Quebec City, Quebec, Alex Tuch of Syracuse, NY, and Shea Theodore of Langley, British Columbia. Theodore scored the game winning goal with 6:08 left in the third period, while Statsny and Tuch each scored into an empty net.

On Saturday, Greiss was also not very busy in the Islanders net. He made six saves in the first period, three saves in the second period, and seven saves in the third period. Jakub Voracek of Kladno, Czech Republic and James van Riemsdyk of Middletown, New Jersey each led the Flyers with three shots on goal.

This was Greiss’s first career playoff shutout in 16 games. Offensively for the Islanders on Saturday, Brock Nelson of Warroad, MN, led the Islanders in scoring with three points (one goal and two assists). Other Islanders goal scorers were Anthony Beauvillier of Sorel-Tracy, Quebec, Scott Mayfield of St. Louis, MO, and Andy Greene of Trenton, MI.