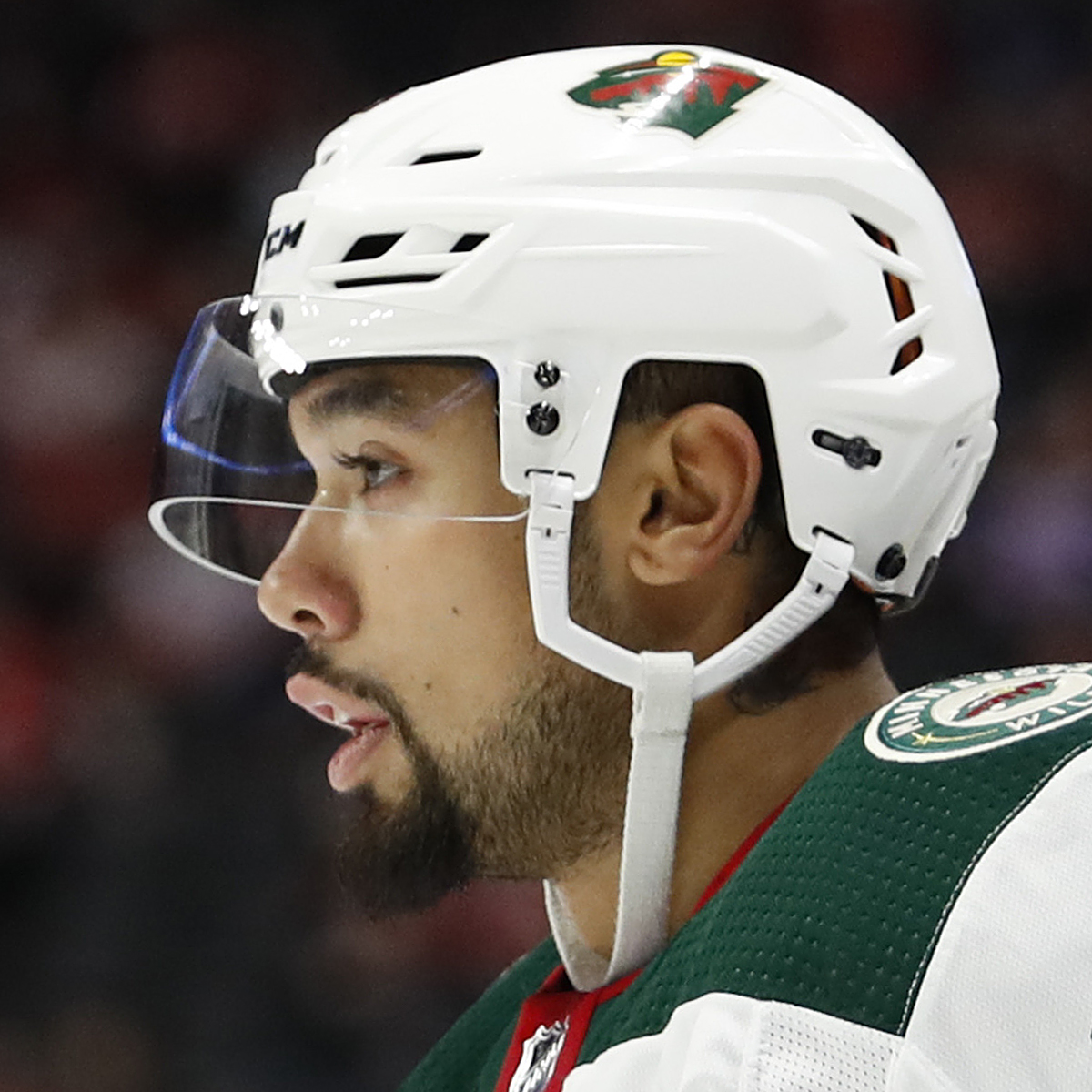 I will admit, I’m not a person that watches a lot of awards shows.  I don’t watch the Grammy‘s or the ESPY‘s, or the People’s Choice Awards and for the most part I usually pass on watching the NHL Awards show too.  If I’m going to endure the speeches and the hackneyed stuff they throw between their announcements for various awards I need a real good reason to sit down and pay attention to it.  I think I finally have that with the announcement that Minnesota Wild defenseman Matt Dumba has won the 2020 King Clancy Award.

The announcement came just before the start of Game 1 of the Western Conference finals between the Vegas Golden Knights and the Dallas Stars.  During the 1st intermission, NBC re-aired the reaction of Dumba that the NHL had sent out on Twitter about 20-ish minutes prior.  Dumba seemed to be humbled and appreciative as he thanked his parents and others for their support.  It was a simple and genuine reaction.  However I’m looking forward to seeing what he might say if the league will do a full awards show as they’ve done in the past. 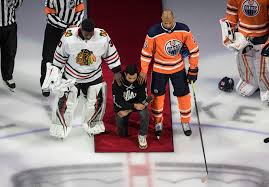 Dumba no doubt earned this award for his work as one of the founding members of the Hockey Diversity Alliance and his brave speech he gave just prior to puck drop of the NHL playoffs while millions watched at home.  He then kneeled during the playing of the National Anthem and later in games with the Wild he raised a closed fist into the air.  Many hockey fans across Twitter and other clubs praised Dumba for his courage and steadfastness amid a sad but predictable ugly torrent of vitriol from people who felt he was being disrespectful.

The King Clancy Award is given annually to the National Hockey League player who best exemplifies leadership qualities on and off the ice and who has made a significant humanitarian contribution to his community.  There is little doubt Dumba has shown leadership during a tumultuous time in our nation let alone the world as it still struggles with a pandemic.  To say his speech came at a tense time in our nation’s history is probably an understatement.

After George Floyd was murdered by police in Minneapolis on May 25th, 2020, Dumba and others across the sporting community and beyond were vocal in airing their frustration, disgust over the continued lack of action in regards to plethora of incidents of police brutality against people of color.  Dumba then used his resources and organized a fund-raising drive to help repair the looted and destroyed businesses of Lake Street where riots occured in the days after Floyd’s murder.  At that time many players (like Blake Wheeler) talked about listening, or wanting to stand against racism but when the time came to join with Dumba in his acts of protest most didn’t join him or stayed mostly quiet about it.

In the Fox Sportsnet North video attached, it should be noted that this simple and very candid video of Matt Dumba describing his ‘mixed feelings’ on driving past Lake Street in Minneapolis are, that the video currently has 15 likes and 32 dislikes.  Take a quick scroll through the comments and you won’t find many supportive messages.  In fact, most of the comment section of this video is another cesspool of hate.  In fact, just checking out people’s responses to the Minnesota Wild’s tweet about Dumba winning the King Clancy Award is rather cringe worthy to say the least.

The level of ignorance, dismissive attitude shown here is deeply troubling yet entirely emblematic of the issue at hand.  Its the same level of insecurity that causes some to respond to those who say Black Lives Matter by saying All Lives Matter, which only makes it that obvious they don’t get the point of saying such a phrase in the first place.  Simply put, All Lives Cannot Matter until Black Lives Matter.

So I am hoping Matt Dumba is given the opportunity to speak again.  To keep the pressing the issue.  I want him to have the same chance to lead the way.  We’ve seen more and more athlete activism in the last few months with postponed games, practices and messages on uniforms of players and coaches.  I am sure the “Stick to Sports” crowd will probably lampoon me, or unfollow me but this is now a part of sports.

Dumba’s award is the 2nd one in the Wild’s team history as former teammate and current Pittsburgh Penguin Jason Zucker won the award for his philanthropic work at the University of Minnesota Masonic Children’s Hospital last summer. 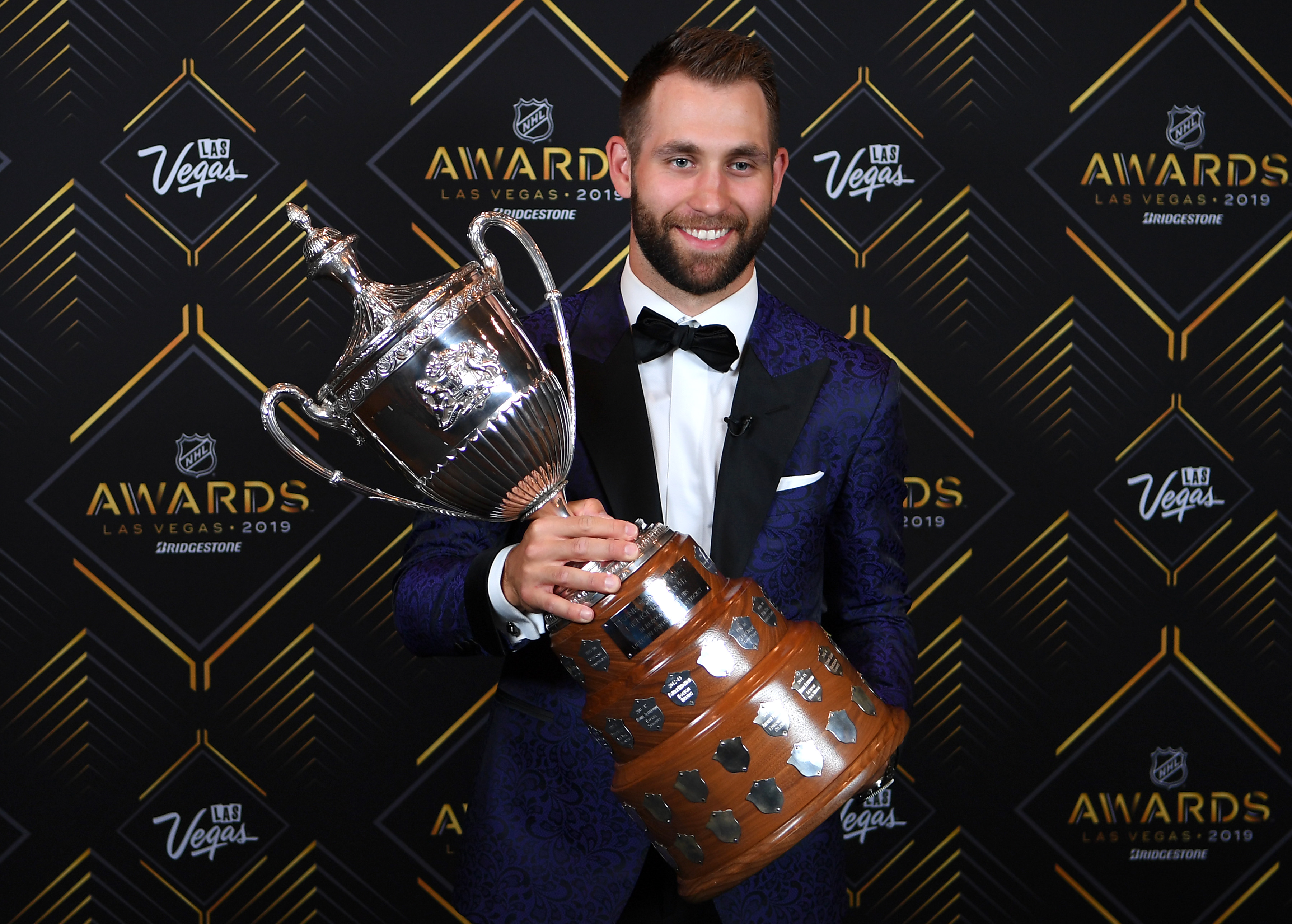 To talk about whether Dumba will face the same fate as Zucker in being traded is really discussion for another time.  Staying on message and pressing the real issue at hand is what its all about.  Hopefully Dumba will be given that opportunity to keep the momentum that he helped create by his actions, and moving it forward into something greater.