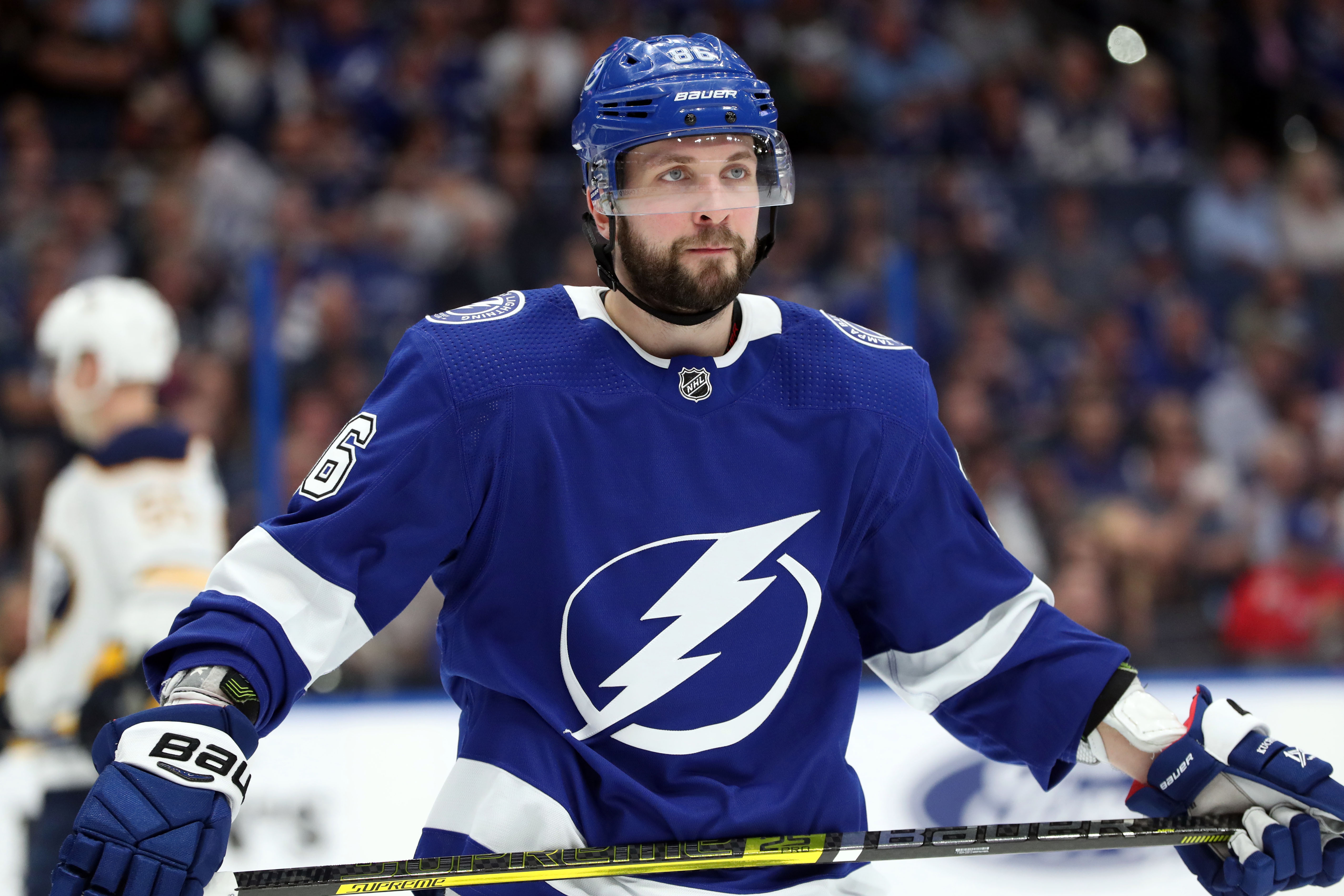 The Tampa Bay Lightning had no problem getting the puck past the goal line on Monday in game one of the Eastern Conference Finals from Rogers Place in Edmonton, Alberta. In the 8-2 Tampa Bay win over the New York Islanders, it was a sensational night for Lightning sniper Nikita Kucherov of Maykop, Russia.

Kucherov had one goal and four assists for five points. He tied the Lightning record for the most points in a Lightning playoff game. Interestingly, Brayden Point of Calgary, Alberta, also had five points in the Lightning win over the New York Islanders on Monday, as he notched two goals and three assists. Point and Kucherov both set the record on the same goal as they each recorded assists on a goal by Ondrej Palat at 9:31 of the third period, which made the score 7-2 Lightning at the time.

Kucherov also set the Lightning franchise record for most assists in a single postseason with 16. He broke the record previously set by Martin St. Louis of Laval, Quebec, who had 15 assists for the Lightning in the 2004 Stanley Cup Playoffs. That was the only year the Lightning have won the Stanley Cup, as they defeated the Calgary Flames in seven games.

Also in the Lightning win, Kucherov set the Lightning franchise record for most career postseason goals with 34. The previous record also belonged to St. Louis, who had 33 goals.

As a team, the Lightning tied a franchise record for most goals in a playoff game. The Lightning previously had eight goals in an 8-2 win over the Pittsburgh Penguins in game five of the 2011 Eastern Conference quarterfinals on April 23, 2011. In that contest, Steven Stamkos and Teddy Purcell each led the Lightning with three points. If the Lightning are to get by the Islanders, they are hoping to have Stamkos for the Stanley Cup Finals against either the Vegas Golden Knights or Dallas Stars.