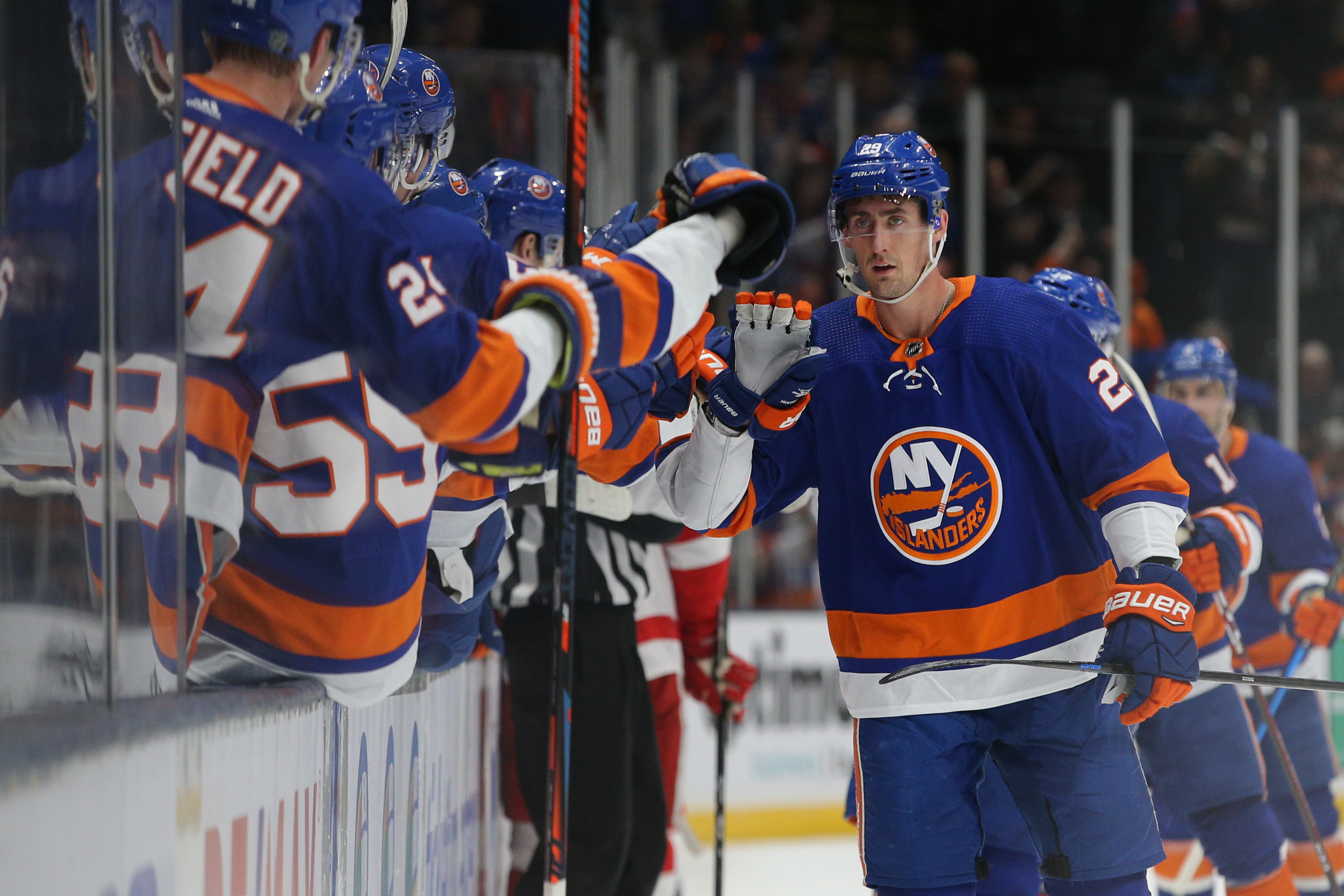 Former University of North Dakota hockey forward Brock Nelson is having a great run during the 2020 Stanley Cup Playoffs. So far, Nelson is the Islanders second-leading scorer (7g-8a–15pts). Moreover, in the last five games, Nelson is smoking hot, he has four goals and seven points.

Good efforts don’t go unnoticed. Nelson’s play has caught the attention of the Tampa Bay Lightning. During game two, the Lightning tried to take Nelson out of the game with a couple of dirty hits that could receive some extra scrutiny.

You can see it for yourself. First, at the 5:55 mark of the first period, Alex Killorn tries to run Nelson through the boards with this dirty hit. For his efforts, Killorn was assessed a five-minute major and a game misconduct. Post-hit, Nelson would head to the locker room.

Major penalty on Killorn on Brock Nelson. Late and from behind, potential injury on the play. Really bad hit. pic.twitter.com/S7Wnkug5E1

During his first shift back from the quiet room, Nelson is cross-checked in the back of the head by Lightning forward Barclay Goodrow. Somehow the on-ice officials missed the hit in question, and there was no call on the play. I think there’s a good chance that Goodrow could receive a suspension for this dirty hit. This time, Nelson remained on the bench.

Goodrow catches Brock Nelson up high on his first shift back, then cross-checks him face first into the glass. No call. pic.twitter.com/XIxF8vzH2d