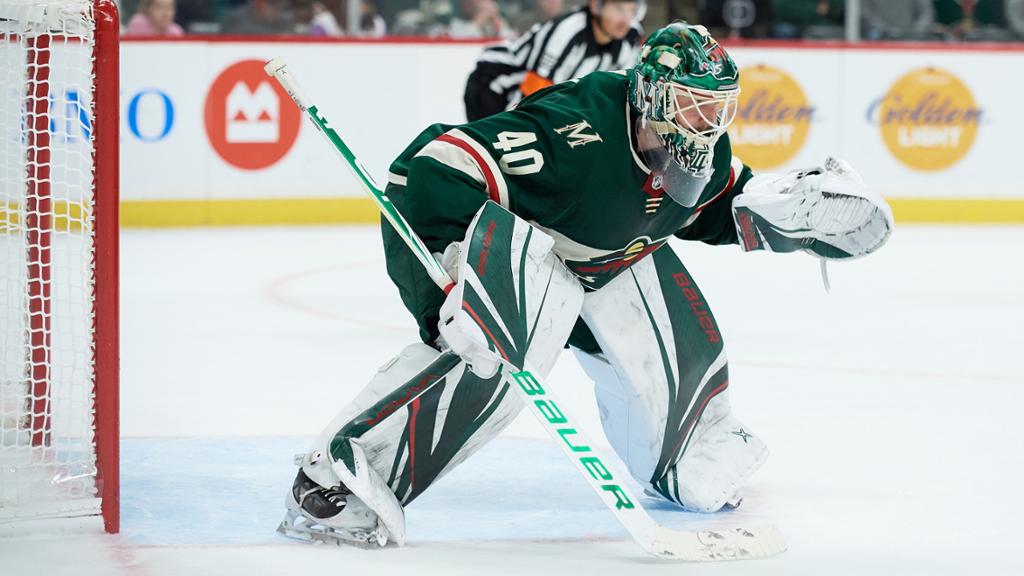 Sometimes, what is old is new again. Could that be the case with the Edmonton Oilers and goaltender Devan Dubnyk? The Oilers are in search of a veteran tandem goalie this offseason, and Dubnyk could be back on the free agent market looking to rebuild his value after a disastrous season in Minnesota.

Selected 14th overall by the Oilers in 2004, Dubnyk made his NHL debut with the team during the 2009-10 season. He played with the Oilers until January of 2014, when he was traded to the Nashville Predators for Matt Hendricks. Dubnyk played two games for the Predators, then was dealt to Montreal at the trade deadline. He played in the AHL, then served as the Habs’ third goalie in the playoffs.

After a brief stint in Arizona, Dubnyk was traded to Minnesota. He took the starting job there, and didn’t look back until this season. Now, Dubnyk is a strong trade and buyout candidate for the Wild. He could be a buy-low option for the Oilers.

The Minnesota Wild are overdue for a bit of a reset. GM Bill Guerin, a former Oiler himself, is entering his first real offseason at the helm. Guerin, hired on August 22nd, 2019, got a chance to see his team up close and personal this past season.

Guerin has already moved out key veteran forward Jason Zucker, and there is doubt that captain Mikko Koivu will return to the team for the 2020-21 season. Guerin has also hinted at a change in goal, with a buyout possible for Dubnyk.

With Stalock apparently taking over the starting job, Dubnyk looks to be on the outside looking in as the Wild begin a culture change.

Dubnyk, until this past season, was a consistently strong option for the Wild in net since arriving in the Twin Cities during the 2014-15 season. Dubnyk posted a .936 save percentage in 39 games after his trade from Arizona that season, leading the Wild to the playoffs.

Dubnyk managed to post a quality start just 32.1% of the time, well below the league average of 53%. In addition, his Goals Saved Above Average was pitiful, falling to -16.26. It was the first time Dubnyk was a negative in this area since the 2013-14 season when he struggled mightily in Edmonton and Nashville.

Here’s a look at Dubnyk’s scouting report via The Sports Forecaster.

Boasts a massive (6-6, 212 pounds) frame, so he’s able to cover a lot of net when in the crease. Has a great attitude and is well liked in the locker room. Is capable of dominant performances in the NHL. Still lacks a bit of consistency and could use a little better mobility in the crease area in order to become an elite puck-stopping talent at the highest level. Is somewhat dependent on system.

Dubnyk’s track record shows that he is a reliable starting goaltender in the NHL. His 2019-20 performance runs contrary to that, but the overall body of work is more indicative of the player Dubnyk is. Signing him will be a risk, that’s always the case when a player is coming off of a lackluster season. That said, a team should be able to count on Dubnyk for 40-50 solid outings in 2020-21.

If bought out, Dubnyk, only 34, could ink a one-year deal to try and recoup value before testing the market again next offseason. With money already in his pocket via the buyout, would Dubnyk be willing to sign for $1,500,000 to $2,000,000 per year?

I can already seeing the collective eye roll from a large number of Twitter commenters and users in response to this idea. It could be the best bargain option for the Oilers this offseason, however. Dubnyk is a good goaltender coming off of a tough year, and could be had for cheap. That represents good ‘buy-low’ value for a team that never seems to capitalize on those opportunities.

Dubnyk isn’t the sexiest pick up, he’s not a sure thing either. What Dubnyk is, however, is a strong NHL goaltender who seems primed to rebound in 2020-21. He could provide the Oilers with a key value contract in 2020-21.