Right Tackle Still Full of Questions for the Packers 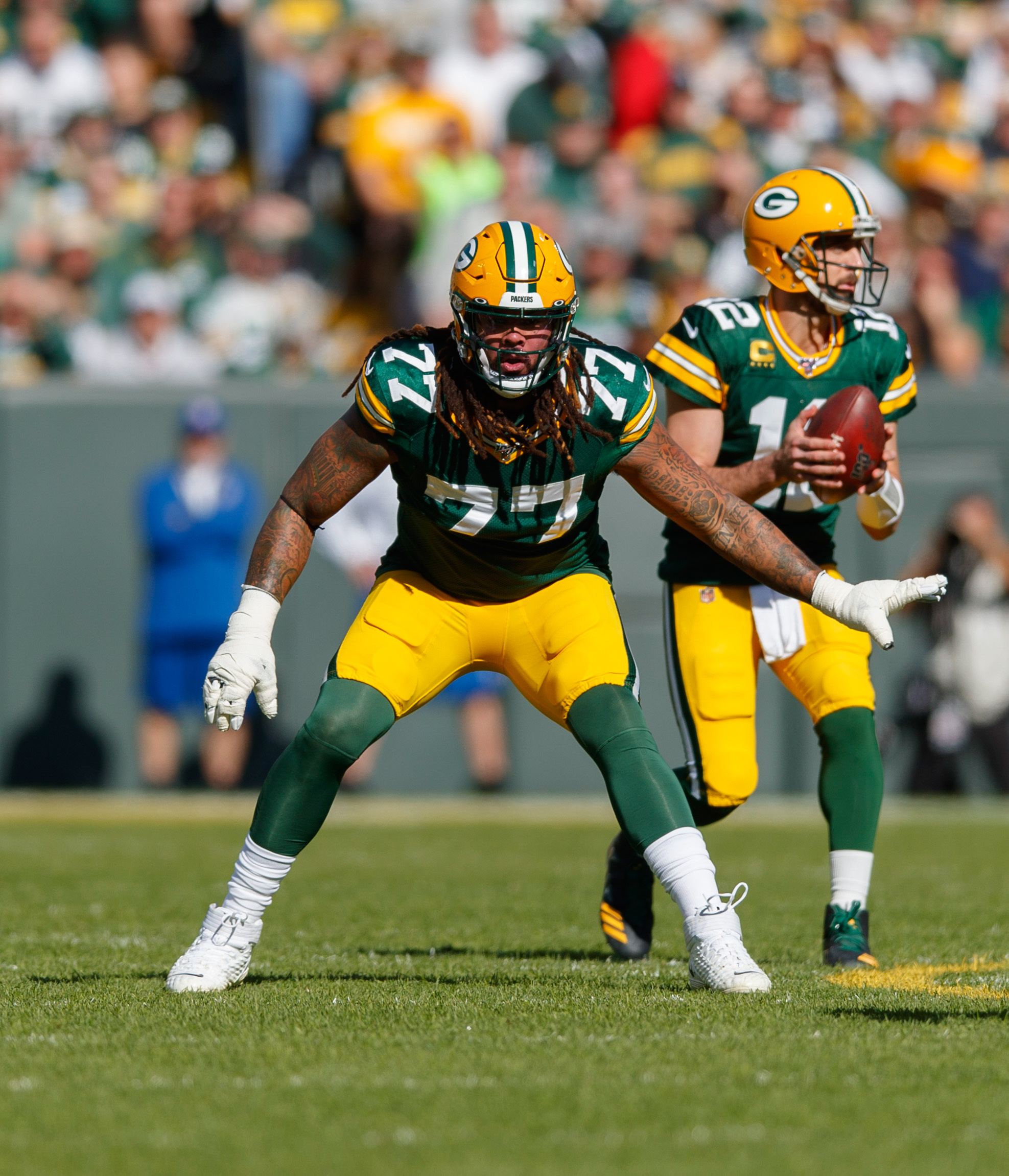 Right Tackle Still Full of Questions for the Packers

Since 2013 the story has mostly been the same for the Green Bay Packers at offensive tackle: David Bakhtiari starting at left tackle and Bryan Bulaga at right tackle. The duo worked well together and gave quarterback Aaron Rodgers elite pass protection for the better part of seven seasons.

But now Bulaga is playing for the Los Angeles Chargers and the Packers find themselves with a lot of question marks at the right tackle position.

In Week 1, the Packers face the Minnesota Vikings a team with two talented rushers coming off the edge in defensive ends Danielle Hunter and Yannick Ngakoue who they just added to the roster a week ago.

While Ngakoue is a newcomer to Minnesota, Hunter has always been a handful for the Packers to handle, picking up a sack in each of the two games the Packers played against the Vikings last season while finishing 2019 with 14.5 sacks.

Ngakoue spent his first four NFL campaigns with the Jaguars and has never recorded fewer than eight sacks in a season. His presence means the Packers cannot just key on Hunter on Sunday and must respect the pass rush on both sides of the line.

After Bulaga’s departure, the Packers signed Rick Wagner as a free agent. He and Billy Turner, who started last year at right guard but has also played tackle in the NFL, battled for the right tackle position in training camp.

According to the Packers official depth chart, Turner won the job. He is listed as the first string right tackle on the team’s official depth chart. However, Turner also suffered a knee injury late in training camp. That makes his availability for Week 1 against the Vikings a big question mark.

Turner was the Packers least consistent starter along the offensive line in 2019, although he played better late in the season than he did early on. He also had the best training camp of all the players competing for the right tackle spot. Turner has experience and versatility and is a positive force in the Green Bay locker room.

Wagner was the other main candidate to start at right tackle. He struggled the past few years in Detroit, often playing hurt and struggling with his consistency. He suffered an injured elbow during training camp and that cost him significant reps in the battle for the starting RT position.

The Packers are still not sure about Wagner’s availability for Week 1. He has been wearing a brace on his elbow during practices in recent days.

If neither Turner nor Wagner are available on Sunday, the Packers do have some other options. Lane Taylor can play right tackle in a pinch although that would mean the Packers would have to move Lucas Patrick into Taylor’s spot at right guard.

Left guard Elgton Jenkins also played tackle in college and may be able to swing out to right tackle on an emergency basis. Again, Patrick would be the likely candidate to move over the guard to replace Jenkins if he moves to tackle.

Either of these scenarios have advantages and disadvantages. The Packers may be getting their best five available offensive linemen on the field, but they may also be weakening two positions if they make these moves. This is something head coach Matt LaFleur and his staff must determine if neither Wagner nor Turner is ready to go.

The Packers could also go with swing tackle Yosh Nijman, although the big Virginia Tech alum is still considered a raw talent who will need additional time to develop before he’s ready to step into the lineup.

Also, expect the Packers to go with more quick release passes and shorter drops if pass protection on the right side becomes a persistent problem. The offense will have to make adjustments in both the passing game and the running game to make sure Rodgers has the time he needs to be effective.

Regardless of how they line up and who gets the nod at right tackle, the Packers will have their hands full trying to block both Hunter and Ngakoue. Keeping Rodgers upright and healthy is going to be a key to the offense’s success, both in Week 1 and throughout the season.