Your Morning Dump... Where the Celtics are on to Game 7 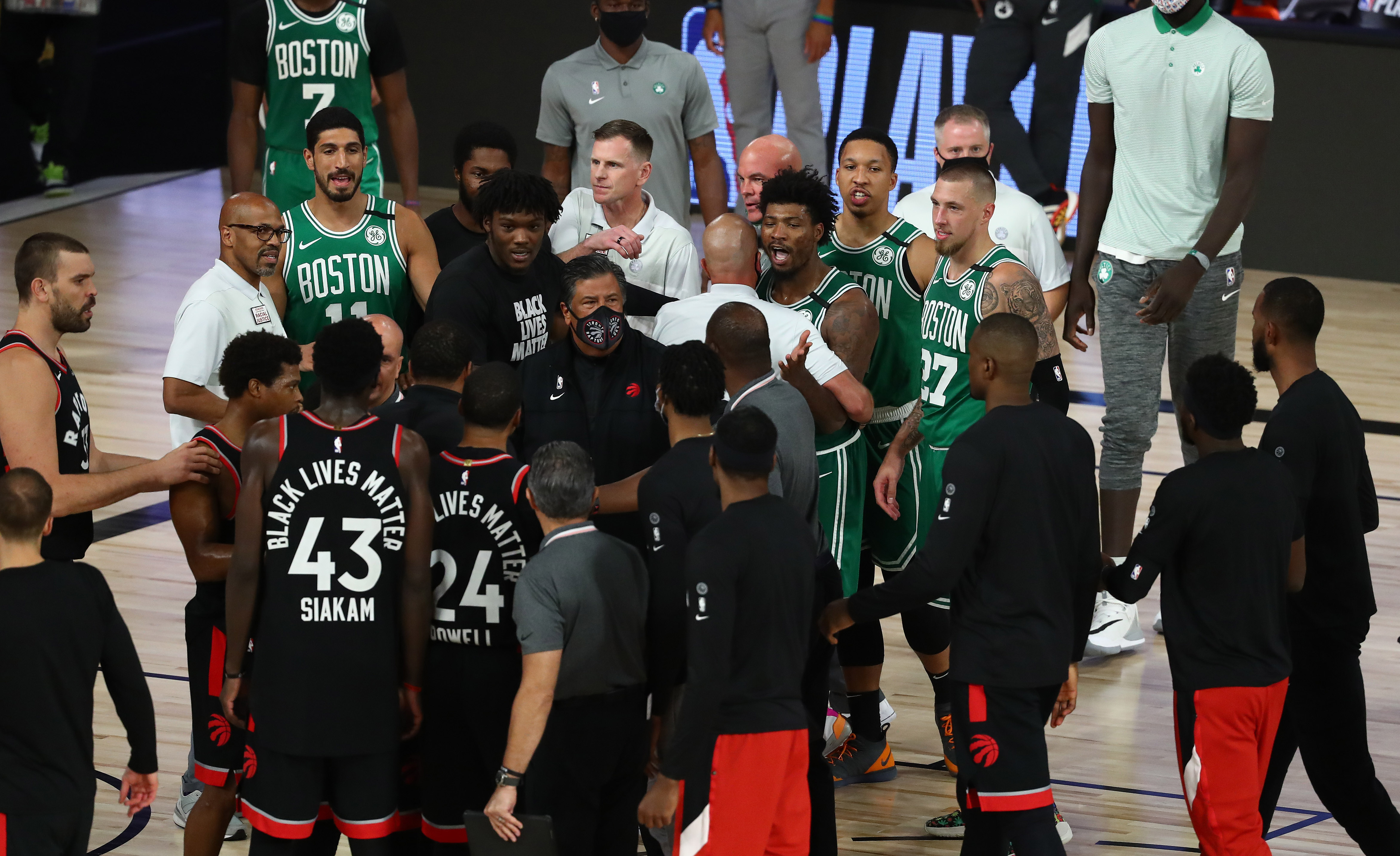 Your Morning Dump... Where the Celtics are on to Game 7

Give the Raptors credit where it’s due. They refuse to quit and played with relentless energy through two overtimes. However it took a perfect storm involving clutch shots, poor Celtic offense, and a few missed calls from the referees to force a Game 7 between these two teams.

The Raptors were desperate and junked everything up to win this game, so they deserve credit for achieving their aim. The question is whether they have finally taken the life out of the Celtics. The Celtics again were the better team in the first half, then got punched in the face again in the third quarter, before waging a captivating battle for the final 22 minutes.

Toronto is the defending champion and it realizes it needs every ounce of energy and a couple of breaks to beat the Celtics four times. It has won three.

The Celtics did not play well in the second half of the game by any stretch of the imagination. Issues in the third quarter cost them the lead. Turnovers and bad shots through the 4th quarter and overtimes limited any momentum the Celtics could generate. Not to mention there were *ahem* a few questionable calls by the referees to keep the game close. But the Celtics cannot make excuses as their play did not dictate a championship-level team.

Brown took 30 shots, and he had to, with the way Raptors coverage eliminated Kemba Walker from the equation. The Celtics point guard, singled out by Toronto for box-and-one coverage, missed his only three shots in the first half, and finished with five points on 2-for-11 shooting.

Sure, there are plenty of examples the Celtics could gripe about in terms of officiating. The Tatum technical, no calls on two big Theis plays, calling a foul on Tatum but not on Kemba’s drive, the list goes on and on. Tip your hat to Nick Nurse (as annoyingly animated as he is) for effectively taking Kemba out of the equation for most of the first half with a box-and-one defense, and standing so close to the court that Tatum effectively passed him the ball causing a turnover in crunch time. Despite these intangibles, the Celtics need to be better, specifically on offense, and in the third quarter.

The Boston Celtics have not won a third quarter against the Toronto Raptors. They’ve been out-scored by a combined 37 points by the Raptors in a series in which Boston is outscoring Toronto by a combined 32 points.

How does that keep happening?

Despite the tough loss, there is a silver lining. The Celtics, (with the exception of some mental lapses) have been sufficiently dominant in most facets of the game. And the little scuffle after the game went final last night proves that this team still has plenty of fight left in them. There will be no backing down from the defending champs. As they’ve done all series, the Celtics must use heart, teamwork, and discipline to reach the Conference Finals. They know what they need to do. Now, they must execute, much like they did in Game 5.

On Page 2… Brad is keeping it light

Coach Stevens did not mince words after the Celtics disappointing loss last night.

“Right now,” said Stevens, “you throw some ice on your legs and get ready for Friday.”

And that’s just what they’ll do. Many Celtics players played more than 50 minutes and will need some recovery time before the next tip. All of the Celtics players understand the magnitude of the words “Game Seven”, and will be taking the necessary steps to prepare themselves for this sudden death game. Brad has remained cool under pressure and is giving his guys what they need physically and emotionally to be ready for Friday.

Globe: On to Game 7: Observations from Celtics’ exhausting 2-OT loss to Raptors