Your Morning Dump... Where tonight's game can't come down to the officiating 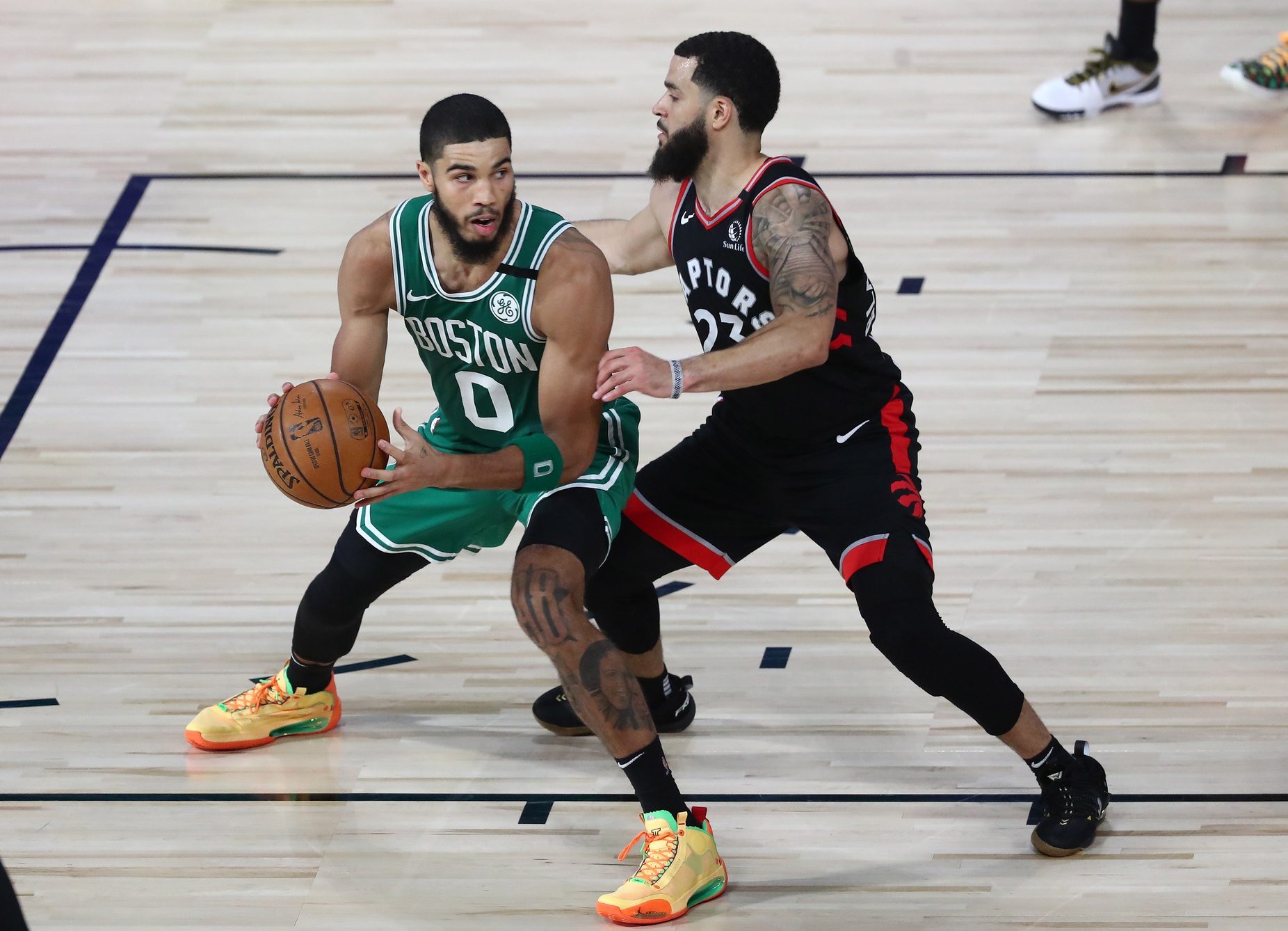 Your Morning Dump... Where tonight's game can't come down to the officiating

Celtics fans can seethe about Nick Nurse and his court-wandering ways, or the officials and their questionable whistles (or lack thereof), but the bottom line is that Boston had a chance to close this series out and couldn’t get to the finish line. Now the Celtics have to regroup and try to deliver a knockout punch on Friday.

Somehow Jaylen Brown, just minutes after Wednesday’s frenetic finish, was able to vocalize how Boston can collect itself.

Okay, so here’s the deal.

Losses are never the referee’s fault.

If the game comes down to a single possession, it’s because multiple opportunities were missed to keep the game from being that close. It’s like back before AIDS could be managed with drugs. You never died from AIDS, you died from something else–often pneumonia. So, yes, you can make a good case that the immediate cause of Wednesday’s loss was a missed call on Kemba, but the underlying cause was that a Boston team which won the previous game by 22 points could not summon the effort required in the second half to put away a Toronto team with its back to the wall.

See, the thing is, refs are going to miss calls. And in some other timeline, the refs missed calls against Boston causing the Raptors to lose–either outcome is equally plausible. Refs are, objectively speaking, bad at their jobs, not biased against one team or another.

Boston’s best bet tonight is to make sure that officiating isn’t even an issue. They need to play with their foot on the gas from opening tip to the final buzzer. They need to summon the extra reserve of determination that the Raptors found in the second half of game six. They are unquestionably the better team. But they have also lost two of the three close games in this series.

For 2.99 games, the Celtics looked like they would sweep, even though the Raptors appeared too talented to sweep. Brad Stevens and Nick Nurse both saluted Boston’s tough — and more importantly, timely — shot making in Game 1, which kept Toronto at an arm’s length as the Celtics claimed Game 1 comfortably. That same timely shot making probably could have buried the Raptors in Game 6 when Boston stretched its lead to 12 in the first half, but it deserted Boston’s shot makers as Toronto roared back.

Every Game 7 is a zero sum contest in that it is win-or-go-home, but this one is especially so. The Raptors have won the championship before, so their goal certainly wasn’t a respectable loss in the semifinals. The Celtics are young, but they are sufficiently playoff-hardened to expect to move on.

Whichever team wins has a chance to be the champion. Whichever team loses will go home licking its wounds bitterly until the league starts up again, and we don’t know exactly when that will be.

Boston can win this game comfortably. The only question is how badly they want to win.

Page 2: But, about that officiating…

Using the InPredict win calculator and Kemba's career FT% and ignoring some lower odds pro-BOS outcomes (like Kemba missing the 2nd FT but BOS getting the rebound), the officials not calling the foul at the end of the game changed the C's from ~83% to win the game to ~45%.

I would like to use the non-call on Nick Nurse as an instructive example of just how broken the NBA’s officiating is.

Our starting point is the assumption that officiating is best when it hews closest to the rule book.

The coach’s position may be on or off the bench from the substitution box line (closest to the coach’s bench) to the baseline.

It is more than apparent on video review that Nurse moved past the baseline, yet the league said that this was not a violation of 3.4.a.

The de facto rule seems to be that no coach can cross the half-court line, no coach can be on the court when the ball is in play at that end of the court, and the coach can’t otherwise violate the rule in a manner that shows disrespect to the officials.

And this is hardly an isolated occurrence of enforced rules differing from printed rules. For years, the NBA’s enforced rules on traveling and palming differed hilariously from what was in print.

Ostensibly the league tried to correct that before this season, so that the highlight reel plays that everybody loves would conform to the printed rules, but all they did was muddy the water. The rule is now so complicated that it can’t be enforced in real time. This attempt to make the printed rule match conduct routinely permitted actually does the opposite–it adds so much burden to enforcement that it cannot possibly be enforced.

Then you have inconsistent rule enforcement across time and between officials.

This is the elephant in the room. This is the major problem with NBA officiating.

Ironically, the failure to T-up Nurse for crossing the baseline at least represented consistent (non-)enforcement of the rules. They didn’t call Nurse for something that they never call Nurse–or any other coach–for doing.

Every team, at every level of competitive basketball, has to spend a bit of time at the beginning of each game figuring out what is going to be called a foul and what is going to be allowed. At a certain level, this is because officiating is hard (there are more players in the NBA than there are officials, which suggests that it’s harder to become an NBA ref than it is to become an NBA player). You expect high school officials to be inconsistent. You expect college officials at a certain level to be inconsistent.

However, it is not too much to ask for the crew of 70 NBA officials to have some consistency.

Instead, the league seems to have guys like Scott Foster who are assigned to games in order to make their presence felt. If the officiating was iffy in a previous game, the league’s response is to send in a guy like Foster who–if he does nothing else–will make sure that everybody watching the game knows that he’s there and doing, by gawd, his duty.

The league’s response to poor officiating in game six is not to reflect on how often this occurs. Rather, their response is to send in an official who will see to it that game seven is poorly officiated in a very different way. Which, I don’t know, is supposed to balance things out. I guess?

MassLive: Boston Celtics Brad Stevens says physical, emotional, mental toughness needed at this point, ‘I believe that we have that’

NBC Sports: Forsberg: How will Kemba respond in biggest game of his career? | Blakely: Tatum needs to be a better version of himself in Game 7