Sadly, you know the Chargers are back when there are already a bunch of guys injured.  The Chiefs start the season fully healthy and destroy the Texans.  We have three starters from the most pivotal positions group already hurt.  Pouncey is out and Turner and Bulaga are banged up.  It seemed like the trade for Turner was such a steal, especially given Okung’s inability to stay on the field.  But maybe Carolina, Green Bay, and Miami were right to let these guys go.  I know, it’s not even Week One.  But that’s kind of my point.  Unless you believe the Chargers are cursed or that the training staff is the absolute worst in football, you have to question the personnel decisions.  Like Okung last year, the team had to have known that Pouncey might not be ready for the season opener.  So if they really believe Feeney is a good backup, ok.  It appears that he and Lamp will both be on the field tomorrow.  The 2017 draft by Telesco was universally praised, especially for these two guys and where we drafted them.  Lamp has never been able to stay healthy so he fits right in.  Sorry, that was too easy.  As for Feeney, I’ve seen him get pushed around a bunch already.  The “No Context Chargers” Twitter feed posted the Justin Jackson (another guy who can’t stay on the field) touchdown against the Steelers in 2018.  Feeney could easily have been called for a hold on that play.
Telesco seems like a pretty bright guy.  We can’t fault him (or even Dean) for being cheap.  The Chargers have actually always paid their own guys, maybe to a fault.  Rivers, Gates, and even Weddle were more than taken care of.  People that look at the 2017 draft and lament that we didn’t take Mahomes in favor of Williams point out that we weren’t ready to move on from Rivers at that point.  That’s why we didn’t take Mahomes and we can’t assume that he’d have won a Super Bowl with us.  Speaking of Williams, I hope he can get back on the field soon.  If he’s not crucial tomorrow, we’ll sure as hell need him next week against the Chiefs.
Before I really turn my focus to the Bengals, I want to bring up Chatty Phil one last time.  I see a lot of people already pronouncing that they are rooting for him to win a ring with Indy.  I know I’m way too spiteful and selfish for that, but let’s not forget that the Chargers wanted Phil to retire as a Bolt.  I truly believe that.  Other teams would have let him walk and maybe drafted a QB in 2017.  They wanted him to be the face of the franchise to this day and be there next week when the new stadium opened.  If you believe that a commitment to winning with Rivers should have included an upgrade at offensive line, okay.  But Rivers has always had some bad habits that were exacerbated by porous protection.  When I wrote about his season TEN FUCKING YEARS AGO, I pointed out the flaws in his game that were already worsening.
Again, I love Philip Rivers and don’t think he’s the reason we haven’t won a Super Bowl,  But to suggest that we should have paid him to mentor Herbert or that the Chargers fucked up by letting him go, is insane in my eyes.  If you have had to endure the countless gifs and collection of fails that people have been posting forever about Rivers on the game’s final drive, you can’t then bitch about him being gone.  That being said, if was to win a Super Bowl it would make the Chargers look stupid.  But I think it was the right decision.  If Brett Favre won a Super Bowl with the Vikings would the decision to stick with Rodgers been the wrong one?  It doesn’t matter, since the Packers won a Super Bowl with both guys.  It just occurred to me that Telesco, even with all the Hard Knocks access hasn’t been asked about the Chargers initial offer to Tom Brady.  Obviously, if that had worked out, a lot of guys who were signed wouldn’t have been.  Justin Herbert’s rookie salary is a big reason that all these guys can get deals right now. 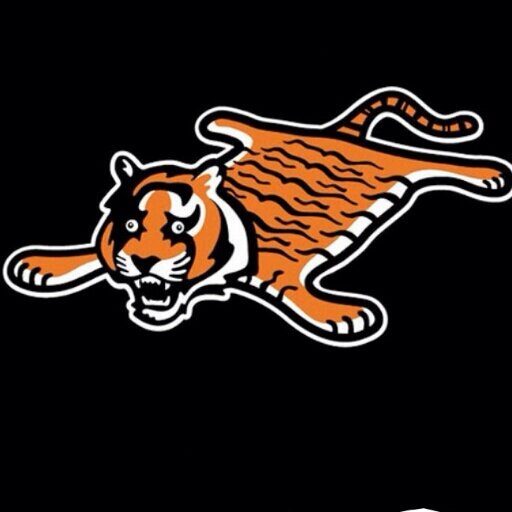 Ok, I’ll stop complaining about what the Chargers have done wrong in the past and wait for the new stuff.  Even with Derwin James’ injury, Sam somehow is excited for the season this year.  She’s already told me not starting being negative before they have a chance to warrant it.  We have no idea what this team will look like with Taylor under center.  He’s been especially poised in interviews about being a guy whos getting up there in years but is still waiting for his first real shot.  He knows Herbert will start this year or next.  But he seems to really have the respect of the team already.  As great as Phil was, you don’t think it got old for them to watch him throw interceptions left and right last year?  If Anthony Lynn truly is a coach who stresses the ground and pound approach, now is his chance to prove it.  Of course, the Chargers have given him and Telesco more leeway than other teams.  I don’t think it’s as simple as Dean being cheap or wanting a puppet.  When the guys you retain win championships, “continuity” is cited as a reason.  When they don’t you’re holding onto the wrong people.  Where is the cause and what is the effect?  Who knows at this point.  But Taylor won’t throw the picks Phil did.  If Ekeler can hold onto the ball, and he seems to really have taken his new role as seriously as possible, we should be alright.  Gordon, Mathews, and even Tomlinson all had a fumbling problem early in their careers and moved past it.  Ekeler will need a break and it’s clear Jackson can’t be relied on to stay healthy.  Hopefully, the rookie can provide depth and an added dimension.
If Williams isn’t out there, it will be interesting to see if Taylor only relies on Keenan.  The offense missed Tyrell Williams badly last year, though he had his own injury problems this year.  Taylor will have to keep protecting the ball and only taking the shots he has to.  If matchups and success means they open things up, great.  But no one wants the old “chuck and suck” offense anyway.  Even with all the injuries on the offensive line, Geno Atkins not playing will help. 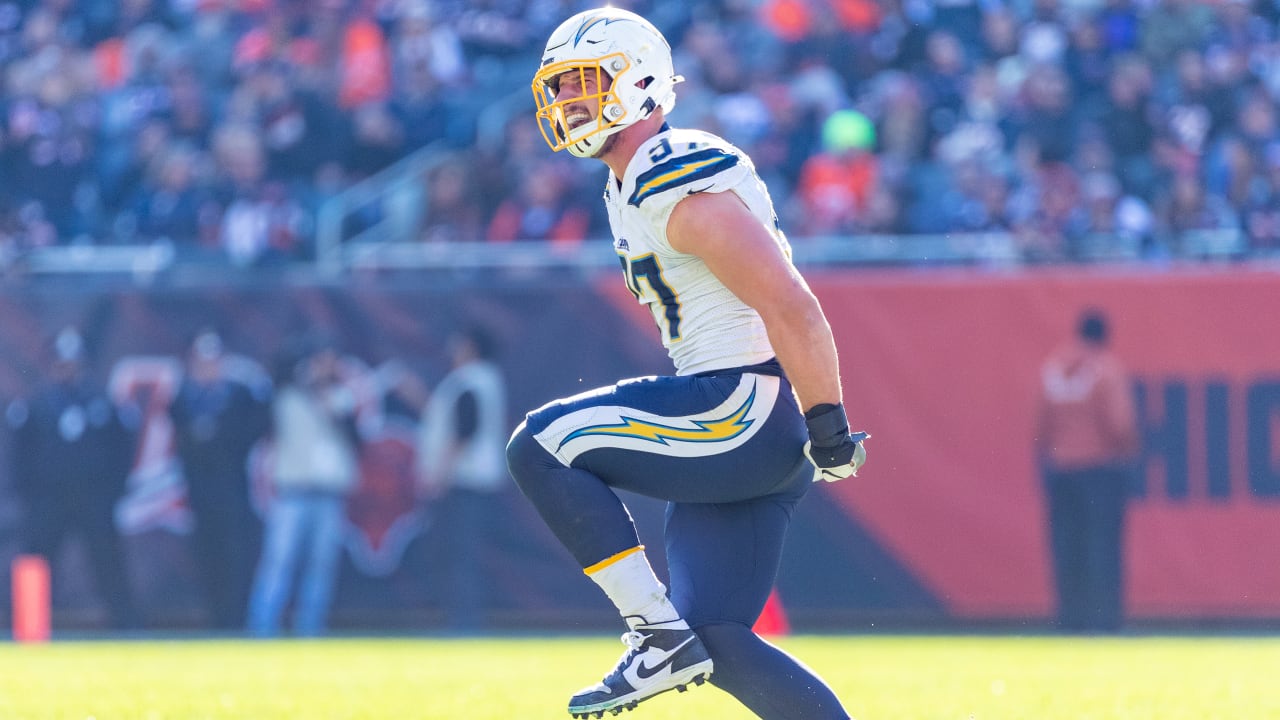 The focus will mostly be on Joe Burrow anyway.  Rookie quarterbacks often struggle in their first start, but this kid seems as primed for stardom as could be.  I think Bradley needs to make sure that he gets pressure on him.  With the talent he has, we should be getting to the qb a lot more.  Maybe Bosa will start to get more calls when he’s clearly held most of the time.  Murray is getting rave reviews and Linval Joseph is being hyped like the next Jamal Williams.  That would make Ingram and Bosa Phillips and Merriman.  That combination worked great in 2006 until they all folded against New England.  Shit, I got negative again.  I really hope that Nassir Adderly can fill in for Derwin.  I know he had a pick in preseason against the Niners last year, but I don’t know how good he is.  No one does.  He was apparently far more injured than any of us knew last year.  Lynn and Telesco keep their cards close to the vest which is fine as long as you are successful.  I only worry when it seems like they don’t have a plan at all.  We know how great Derwin is, even if we’ve seen him on the sideline more than the field thus far.  We can discuss what will happen with his contract next summer, but he seems to be a great kid and maybe the injuries will make it easier to retain him.  That’s optimism for you.  I know it’s not a good look on me. 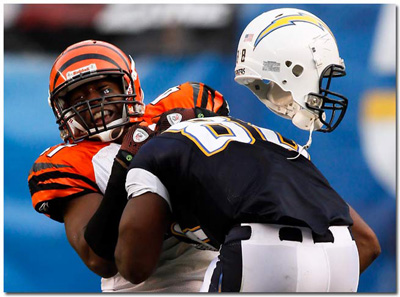 Chris Harris back there will be nice.  It doesn’t seem like he’s lost anything from the days he used to kill us.  I guess with all that has gone over the last six months I should be simply happy that there is football at all.  But of course, I’m not.  As soon as I heard that the 22 percent of fans at Arrowhead were booing the players, I thought that it should have been enough bad mojo to affect the outcome.  I was wrong.  Now a guy who could never get his team over the hump because of bad clock management  (Andy Reid) is at the helm of a budding dynasty.  It is starting to feel like we’re in the AFC East from 2001-19 with the Patriots.  But we can only control our own team.  People won’t be picking us to do much, so maybe they will surprise in a good way.  I hope that this finds the FAITHFUL READERS healthy and happy to start the season.  I hope to connect with more fans this year, especially since I won’t be at a game.  If you’re reading this and haven’t bought a copy of Drunk On Sunday, I have to ask what you are waiting for.  I mean, you clearly are a part of the target audience.  That being said, it’s good to be back.  As Anthony Lynn said on HBO, let’s field a tough-ass football team we can all be proud of.
JIC,
RLW