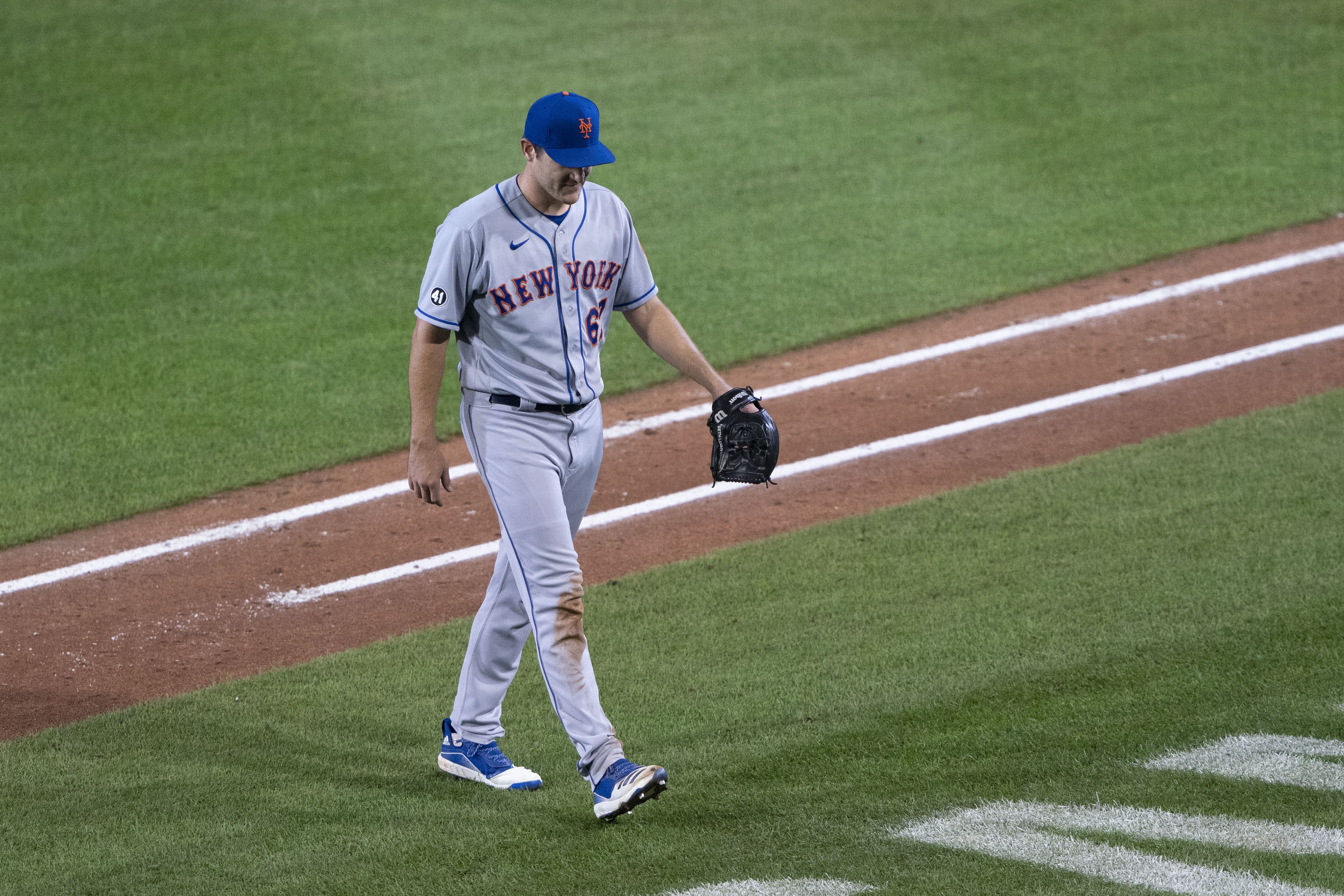 There are usually a ton of events that go into losing a 3-2 game … a few moments that could have changed the outcome if they were flipped either way. For example, what if the Blue Jays didn’t review the ball that “hit” Jeff McNeil and have it overturned into a foul ball in the 5th? He would fly out and thus, the complexion of that entire inning changed. What if Wilson Ramos didn’t swing at a 2-0 pitch against a wild closer and ground into a rally killing double play? And of course, what if Amed Rosario’s fingers got down on the base earlier when he was picked off to end the game?

But to me, the key moment of the game came in the 6th inning. Seth Lugo had started the game so well that we were talking among ourselves about whether Lugo can “pitch a Maddux“. But he gave up a run in the fourth, and then after the McNeil review changed the top of the fifth, Lugo started the bottom of the inning with seven straight balls before giving up a single to Joe Panik on a middle-middle pitch. Then on a 2-1 count, Lugo gave up a single to Cavan Biggio to load the bases. Lugo then got lucky on a pitch well out of the zone up and in to Bo Bichette when he swung and hit a soft foul liner to Dom Smith for the first out. Travis Shaw then hit a sac fly for the second out to make it 2-1, and Randal Grichuk lined out to left to get Lugo out of the inning. It was a 25 pitch inning that was high stress from the beginning, and frankly he was lucky to get out of the inning alive.

Now, it was obvious to anybody watching that Lugo, who was already at 82 pitches through five innings, was winding down. And with a bullpen that has been rested for two days outside of Erasmo Ramirez, it should have been a slam dunk to get a fresh arm in their for Vladimir Guerrero. Instead, Luis Rojas leaves him in to face the slugger, and the slugger doubled to lead off the inning. Lugo would throw two more pitches before being pulled for Chasen Shreve, who would give up the inherited runner which turned out to be the margin of victory. So here’s my question for Rojas, and Brodie while we’re at it:

What are we doing here?

Are we trying to win, or are we seeing what we have? A team that has no margin for error would have gone to the bullpen there. And Rojas said at the beginning of the season that in a short season, you have to manage for today. Clearly, Rojas isn’t doing that, and frankly has done nothing this season to show that he’s been managing to win the current game in favor of managing for the not so long season. Yes, it’s such a little thing, two extra batters. But if you are trying to win, those are two batters that Lugo doesn’t face.

Now, if you’re trying to stretch out Lugo to give him the real world experience to be an effective starter in the future, that’s fine too. But too often with this organization there are different theories in theory and in practice. And it goes right to the top. Was this an edict from Brodie to stretch out Lugo a little more as we go? Was this a terrible decision from Rojas because he has no feel for what’s going on in front of him? I’d believe anything at this point because there’s such a lack of consistency as to what they do and what they plan. It’s costing them ballgames left and right, and it’s too bad because there’s a good core of young players that the Mets are in danger of wasting if this keeps up.

Hopefully an ownership change will stop all of this nonsense. But nothing shocks me anymore.

I can’t find a Martino tweet to hate, so I’ll just let the above speak for itself.