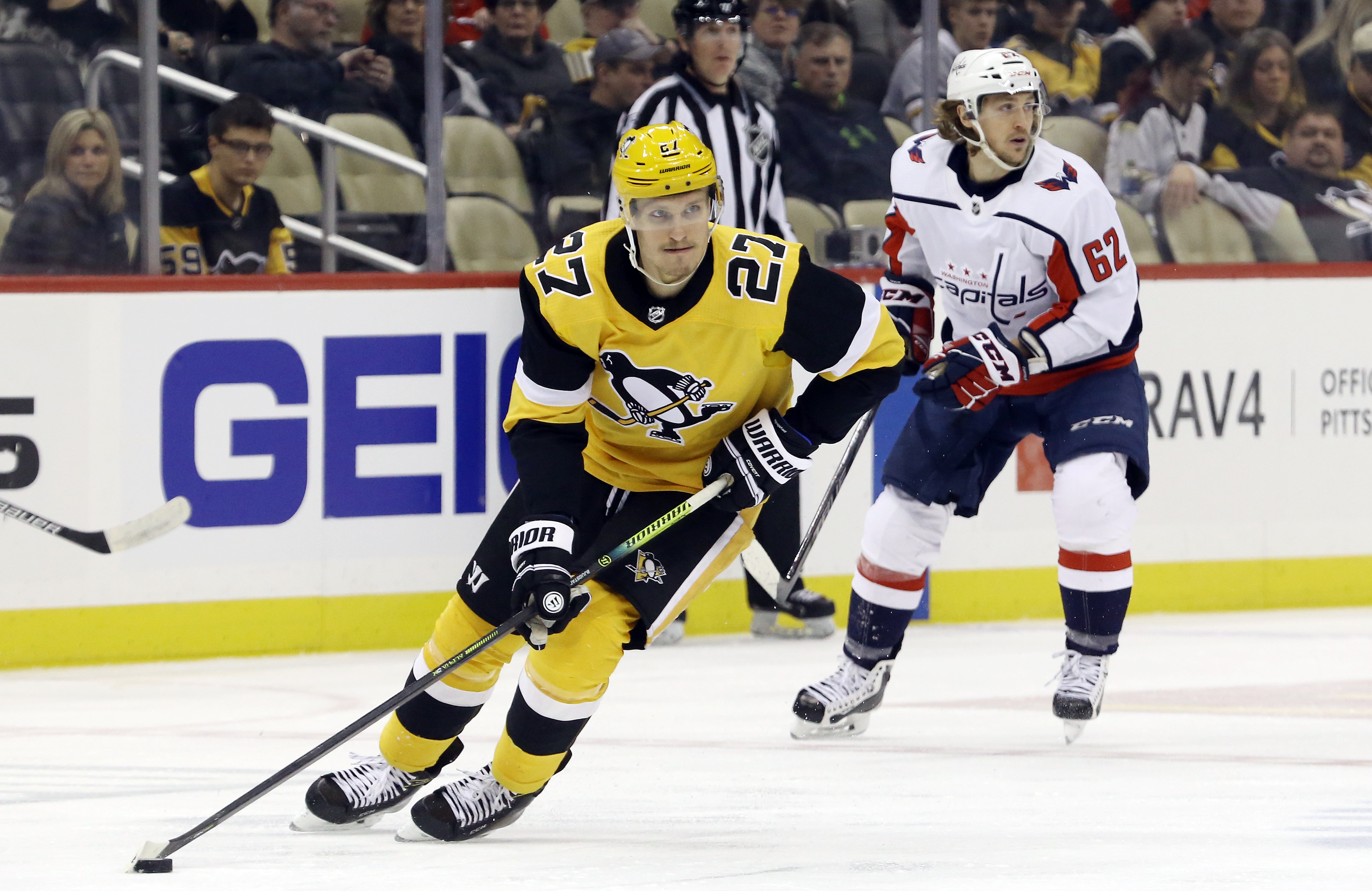 Recently, I was on a podcast called the Sota Pod with Isha Jahromi.  On the show I was asked about the Minnesota State Hockey Tournament.  One thing I mentioned was all of the NHL players I’ve seen play in the Tourney over the years; players like Blake Wheeler, T.J. Oshie, Brock Nelson and Erik Johnson.  But a player I also could’ve mentioned was Blaine, Minnesota-native Nick Bjugstad.  I remember watching him in the state tournament with the Blaine Bengals, Bjugstad was an intriguing blend of size and skill which is why he named Mr. Hockey and was drafted 19th Overall in 2010 by the Florida Panthers.

Bjugstad left Blaine and went on to star with the Minnesota Golden Gophers where he was reasonably productive.  It should be noted that even though Bjugstad had 1st round pick credentials on that Gopher squad he was outscored by then Minnesota Wild 7th round pick Erik Haula.  However the Wild decided to address the vacancy left at center by the club moving on from team captain Mikko Koivu by making a deal with the Pittsburgh Penguins for Bjugstad.  The Penguins get a conditional 7th round draft pick in 2021 for the 6’6″ center.  As reported by the Minneapolis Star Tribune‘s Sarah McLellan, the Penguins get a 7th round pick if Bjugstad plays at least 70 games or scores 35 points.  Pittsburgh also picked up 50% of Bjugstad’s $4 million salary which makes the deal sound a bit sweeter, at least on the surface.

Yet when you dig a little deeper is it that great of a move by the Minnesota Wild?  Bjugstad has just one more year on his current contract, but in recent years has struggled to stay healthy which has limited his effectiveness.  The 28-year old center played in just 13 games last season and 64 the season before splitting time between the Penguins and the Panthers.  Last year, back surgery and sports hernia surgery kept him out of the lineup for most of Pittsburgh’s season.

The Wild’s current roster of centers under contract include veteran Eric Staal, Joel Eriksson Ek, Victor Rask and Nico Sturm.  Ryan Donato and Luke Kunin have also spent some time at center too.  Bjugstad’s addition to this group certainly would indcate the team isn’t going to try to keep Alex Galchenyuk who is set to be Unrestricted Free Agent.  Galchenyuk, acquired in the Jason Zucker-trade had a disappointing performance in the play in series but he is two-years younger than Bjugstad. 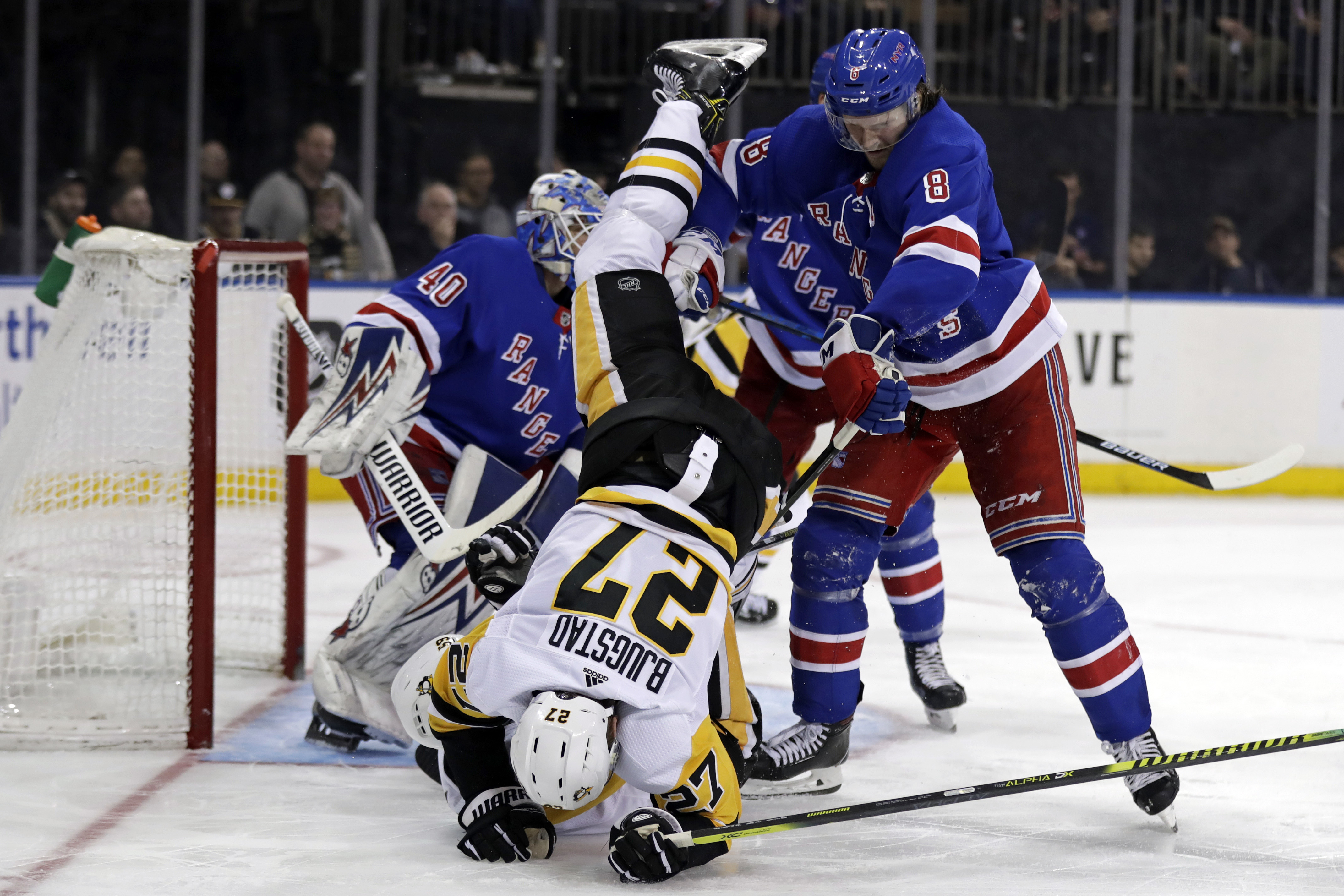 The former Golden Gopher is a right-shot which the team certainly could use at center, but its hard to imagine how he solves or really helps the Wild’s Top 6 center issue.  Eric Staal is in the twilight of his career and yet it doesn’t seem likely that Bjugstad would supplant the Thunder Bay-native.  In 2018-19, Bjugstad had 14 goals, 26 points in 64 games.  Does that sound like 2nd line material?  Or is the club planning on promoting agitating defensive-minded center Joel Eriksson Ek to that role.  Eriksson Ek doesn’t exactly create a lot of offense either.  Or is there another trade in the works for a Top 6 center?  Either way, while Bjugstad is on a 1-year deal the move smacks of being a stop gap measure.

If so, it would seem the team would have to move at least one if not more of its current log-jam of middle six / lower six level of centers.  Bjugstad doesn’t instill a lot of confidence in the faceoff circle either as he won 49.4% of his draws.  While he moves well for a bigger player, he’s not particularly fast on a team that is one of the slower clubs up front in the league.  The one year deal makes the move not all that risky, but how does it really address any issue other than to find another body to audition for a role on the team?  And there is the fact his last employer just paid $2 million dollars to get rid of him, so I’d probaby keep my expectations pretty low.

While I can see it as a low-risk change of scenery kind of a deal, but it doesn’t excite me or intrigue me all that much.  The Wild have a lot of centers with very limited offensive ability at their disposal so they might as well be throwing darts while blindfolded to pick which centers they use after Staal plays the 1st line spot by default.  While that may result in some kind of rotation for who ends up being the 2nd line center, how many times have you seen a situation like that work out for a club? 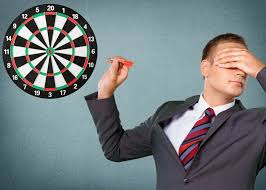 So yes, he’s a cheap fill in with an opportunity to re-establish his career.  Or perhaps it will keep Minnesota at or near the bottom of the standings so it can hopefully be in position to draft a top line center in 2021.  Remember the Wild will have Pittsburgh’s 1st round pick to use as well as the Penguins opted to take their chances in this year’s draft.  We’ll see if the Wild still hold onto this pick by the end of the summer.

So what’s next?  The Wild continue to prepare themselves for the draft and probably are having discussions with defensemen Carson Soucy (soon to be a UFA), and Jonas Brodin (one year from being a UFA).  The ability to extend Brodin’s contract could very well be the situation that dictates what and more importantly who the Wild look to move this summer.  While some sources say Brodin is due for a slight raise of about $5.5-$6 million per season which is roughly $1.5-$2 million more than his current pact, the team will probably not want to have 4 defenseman making $6 million or more per season on the roster.  That means one of them will have to go.  Matt Dumba would be the most likely candidate to be moved if the team manages to reach an extension with Brodin but will he appreciate having his best friend on the team being traded away?  If Brodin bawks at an offer in that $5.5-$6 million range the team will probably have no choice but to trade him.  Either way it seems like at least one of them will be moved.

As reported by the Athletic‘s Michael Russo, talks between the Wild and Carson Soucy haven’t made much progress which means the 6’4″ Viking, Alberta-native will likely test the open market.  With Brennan Menell bolting to the KHL, and the liklihood of losing at least one of its top 4 defenseman the club’s blueline now becomes an area of concern.  If Soucy doesn’t re-sign, the Wild have Louie Belpedio and Calen Addison and no one else close to being NHL-ready.  If there is a silver lining there are some good defenseman that will probably be available with the Wild’s 2nd round pick.  Fargo, North Dakota-native Tyler Kleven, Shakir Mukhamadulin and Ryan O’Rourke would be quality defenseman likely available around where the Wild are set to pick.

I am sure for the provincial branch of Wild fandom will be thrilled to have another ‘one of us’ on the Wild roster, but overall the move is a low-risk, low-reward move for General Manager Bill Guerin‘s only risk was a 7th round pick in 2021 and there is a fair chance we may not even have to part with it.  He probably was doing his former GM Jim Rutherford a solid by taking on the unwanted contract at a 50% discount.

It won’t make or break the team’s fortunes this season, so there is no sense getting too worked up about it but I wouldn’t start planning a Stanley Cup parade in St. Paul anytime soon either.