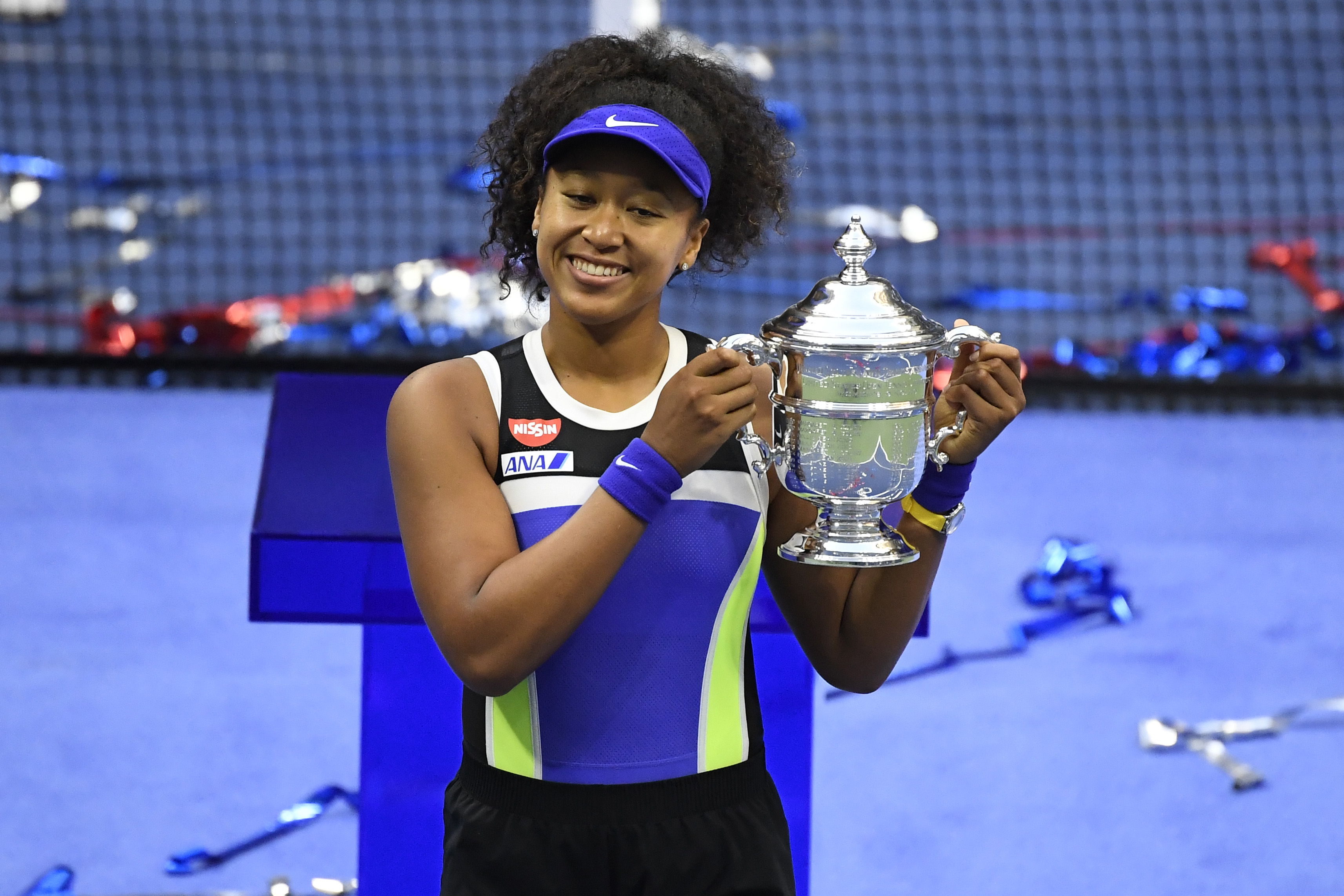 For the third time in her tennis career, Naomi Osaka of Japan is a grand slam singles champion. On Saturday from Flushing Meadows, NY, Osaka defeated Victoria Azarenka of Belarus, 1-6, 6-3, 6-3. Osaka’s previous grand slam titles came at the 2018 United States Open where she beat Serena Williams of the United States, 6-2, 6-4, and the 2019 Australian Open, where she beat Petra Kvitova of the Czech Republic, 7-6, 5-7, 6-4.

Osaka was completely dominated in the first set by Azarenka. The unseeded Belarussian won 12 of 16 points on her first serve (75%), and had only three unforced errors, compared to 13 for Osaka.

In the second set, the momentum shifted to Osaka, who was ranked fourth in the tournament. She delivered five aces, and broke Azarenka three times. The third set was generally even statistically, but Osaka was able to win the key points, and break Azarenka twice.

The best women’s tennis players are now heading to Italy for the Italian Open starting Monday. Howcver, Osaka and Serena Williams have decided not to play at the significant clay court tournament leading up to the French Open. Williams is citing an Achilles problem she suffered in her semi-final loss to Azarenka, while Osaka never committed to the Italian Open before her outstanding success in New York. Osaka has also not confirmed her participation at the French Open either.

Meanwhile, world number one Ashleigh Barty of Australia will not be competing during the clay court season. The major reason is because of the strict coronavirus rules in Australia have prevented her to train properly with her coach, who is located in a dufferent Australian state.

However before the clay court season is into full swing, we have the 2020 U.S. Open men’s final between second seed Dominic Thiem of Austria, and fifth-ranked Alexander Zverev of Germany on Suinday. All-time Thiem has a record of seven wins and two losses against Zverev. Two of Thiem’s wins came at major events. The first was a 6-7, 6-3, 6-3, 6-3 Thiem win at the 2016 French Open, and the second was a 3-6, 6-4, 7-6, 7-6 win in the semi-finals of the 2020 Australian Open.