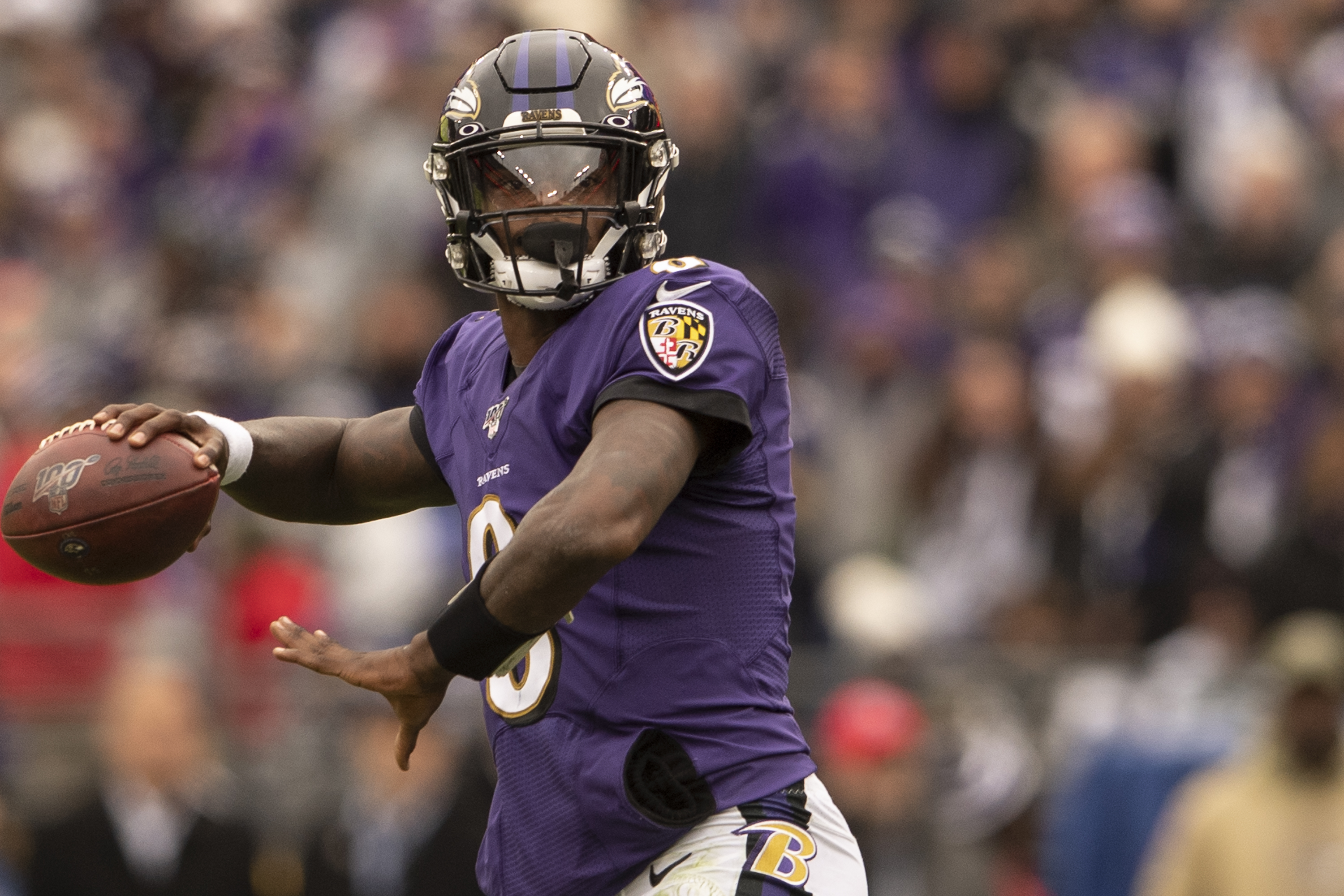 Reigning NFL MVP Lamar Jackson was the focal point of a high-powered Ravens offense, and the Browns lost another opener.

Jackson threw for 275 yards and three touchdowns, and the Ravens rolled to a 38-6 victory Sunday to spoil the debut of Cleveland coach Kevin Stefanski. The COVID-19 pandemic kept the seats empty and the play was sloppy following a summer without any games. That hardly mattered to Jackson, who looked every bit as good — maybe even better — than he did in 2019 while helping Baltimore compile an NFL-best 14-2 record.

“The guy was incredible last year,” said tight end Mark Andrews, who caught two touchdown passes. “To me, he’s obviously the best player in the world, and his arm reflects that.”

A year ago, the multi-faceted Jackson set an NFL single-season record for yards rushing by a quarterback and threw 36 TD passes. This time, facing a Cleveland secondary depleted by injuries, he completed 20 of 25 passes and racked up a team-high 45 yards on the ground.

The Browns were incapable of stopping him. As a result, Cleveland still hasn’t opened with a victory since 2004.

“I think he’s a very talented football player,” Stefanski said of Jackson. “We’re not surprised with the plays he made today.”

Neither were the Ravens.

“Lamar Jackson just played a phenomenal game in every single way,” coach John Harbaugh said. “He was probably the biggest difference in the game.”

Browns quarterback Baker Mayfield threw an interception on the opening series, the first of three Browns turnovers. Those miscues, two missed kicks by Austin Seibert and an unsuccessful fake punt call by Stefanski contributed to the rout.

“Very disappointed, obviously,” said Stefanski, the former offensive coordinator of the Vikings. “But credit goes to the Baltimore Ravens. They deserved to win. They outcoached us, they outplayed us. We did a lot of things losing teams do.”

With no fans allowed — a decision rendered by the Ravens late last month after meeting with government officials and health experts — traffic outside the stadium was light, most parking lots were barren and the smell of grilled meat from tailgates was noticeably absent.

Sections behind the end zones were filled with cutouts of people. Section 146 included 575 cutouts of 14-year-old Mo Gaba, a popular Ravens fan who died in July after several bouts with cancer. In addition, the letters MO within the word Baltimore in one end zone were stenciled in gold.

The Ravens raced out of the tunnel before the game with the public address system announcing their arrival, along with fireworks and smoke billowing out of a makeshift castle. Missing, of course, were cheerleaders and the deafening roar of the crowd.

The game was also a bit surreal.

“It’s just different, being able to hear calls and what the defense is saying,” Andrews said. “You’ve got to bring your own energy and play fast without these fans. Missed them today.”

Baltimore could not have scripted a better start to a season it hopes ends at the Super Bowl. Marlon Humphrey picked off a throw by Mayfield and Jackson ended the first drive of the year with a touchdown pass to Andrews.

On the ensuing possession, Stefanski gambled on a fake punt and L.J. Fort diagnosed the play and busted it up. That set up a field goal for a 10-0 lead.

Cleveland responded with a 75-yard drive, but a touchdown pass to David Njoku was followed by a botched conversion. The Browns then withstood a 47-yard completion from Jackson to Marquise Brown by forcing a fumble by Patrick Ricard inside the 10.

Late in the half, Jackson went 5 for 5 for 75 yards on a 99-yard drive that ended with the first of rookie J.K. Dobbins‘ two touchdowns.

“It’s a blessing to have two touchdowns in my first NFL game,” the former Ohio Star star said.

The Browns moved into position to cut into the deficit, but successive miscues — a third-down drop by Odell Beckham Jr. and a missed field-goal attempt by Seibert — gave the ball to Baltimore with 46 seconds remaining.

Jackson directed a 69-yard drive — passing for every one of those yards — and made it 24-6 with a 9-yard toss to Andrews. Baltimore’s opening drive of the second half was more of the same, ending with Jackson’s 19-yard touchdown pass to Willie Snead.

Browns: T Jedrick Wills Jr. left with a leg injury and did not return. … Three projected starters in the secondary were out with injuries: Grant Delpit, Greedy Williams and Kevin Johnson. … LB Jacob Phillips left in the third quarter with a knee injury.

Ravens: Tackle Ronnie Stanley left in the third quarter with an ankle injury. He did not return. … CB Jimmy Smith (back spasms) was added to the injury list Sunday morning and listed as questionable, but he avoided the inactive list and played.