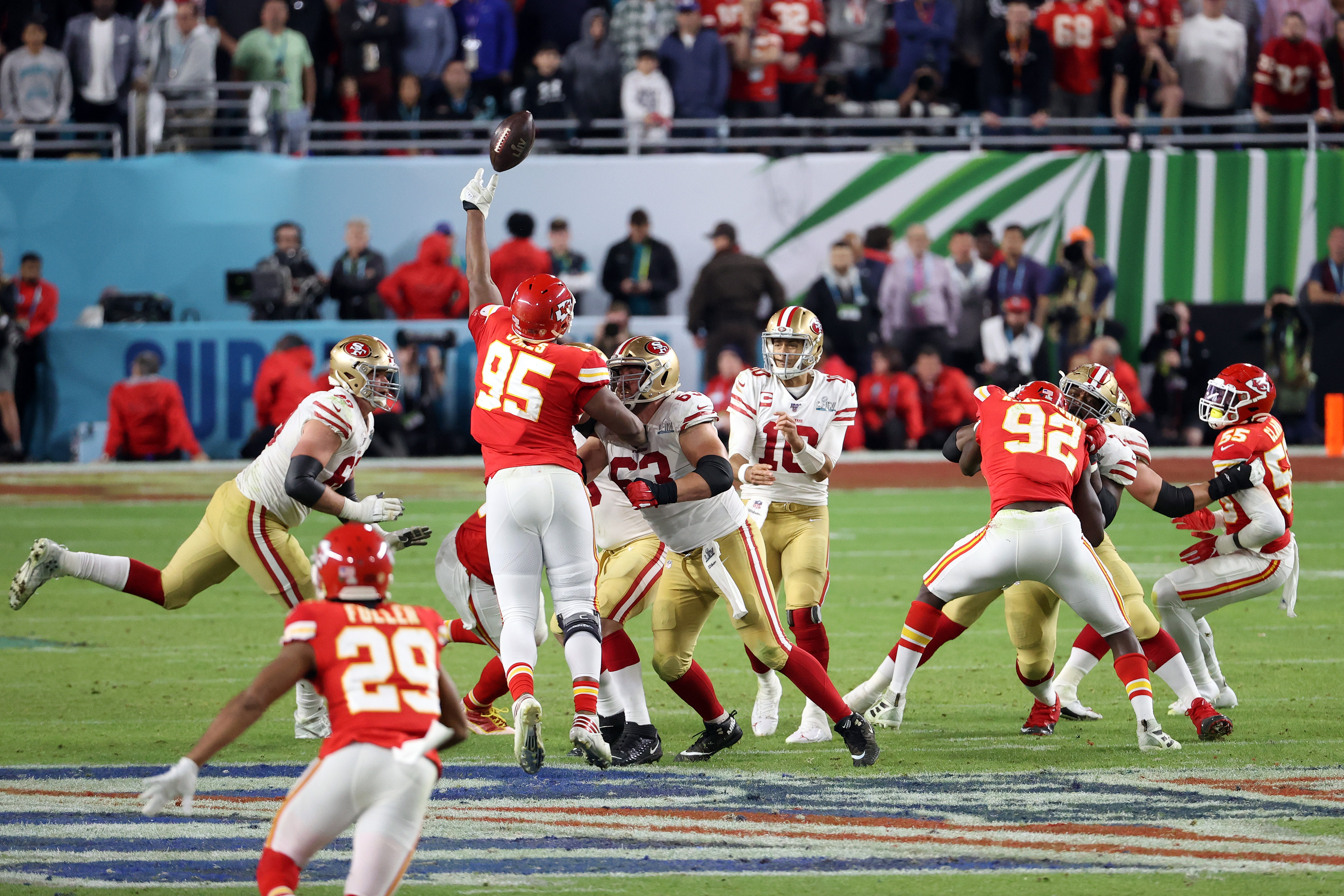 I can’t be the only one who saw how ironic the final 49ers drive of Week 1 was today.  San Francisco trailed 24-20, with the game on the line- which was the exact same score back in February.

Sure, back in February it was the Super Bowl, and today it was Week 1 of the 2020 season, but still, the situation was the same, and sadly, so was the outcome.

Jimmy Garoppolo failed back in February, and seven months later, he failed again. In both situations, he did a good job of driving his team down the field, only to bog down and turn the ball over both times on downs.  In the Super Bowl, it was a crucial 3rd down miss to a wide open Emmanuel Sanders that would have given the 49ers the lead- on Sunday, it was an air-ball to a wide open Kendrick Bourne, which allowed Patrick Peterson to come back and deflect a go-ahead touchdown pass.  Three plays later, Garoppolo decided to throw on 4th and 5, a pass that is one of the toughest to make in the game, an sideline out pass, that fell incomplete.

To any quarterback in the NFL, it’s not a tough throw, but off the back foot using the arm only, with no push or drive on the ball, then it becomes a tough throw to make, especially when your receiver is covered.  Check out the play here and note the commentary at the end:

And with that terrible throw, that’s the ballgame.  This 49ers team for the first time in 19 games, has now lost back-to-back games, and everybody is looking squarely at #10.

Jimmy Garoppolo has a lot of fans and a lot detractors as well.  Every time something like this happens, it only strengthens the latter’s argument that Garoppolo isn’t the guy to lead this team to the franchise’s sixth Super Bowl title.

Now, before 49er fans start calling for Nick Mullens to start, consider the following: it was only week one, and the 49ers were playing without receivers Deebo Samuel and first round pick Brandon Aiyuk, and a banged up George Kittle who had zero catches in the second half.  However, at some point, excuses aren’t enough to justify poor decision making by your franchise quarterback.

JimmyG needs to play better, PERIOD.  He needs to make better decisions and better throws, because if he continues with this ugly trend of the last four games (three playoff games and today), you’re going to start hearing whispers…asking if he’s the guy.

You heard the calls last year in the Super Bowl, and now they’ll start growing louder and louder with each game the 49ers lose this year with Garoppolo under center.  You want to silence them all?  Go win a Super Bowl, and they’ll never say anything again.