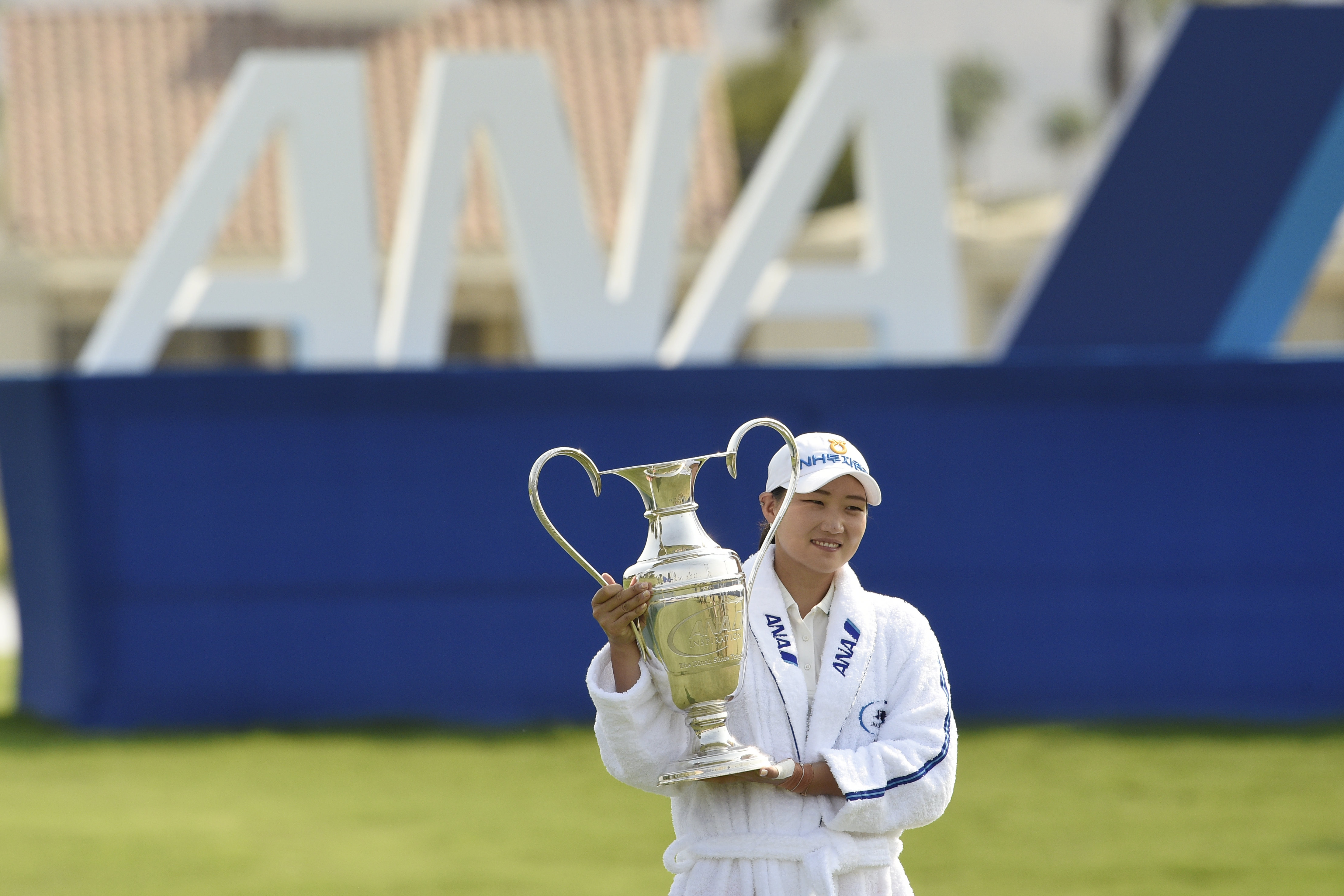 Mirim Lee of South Korea won the second major in women’s golf in 2020 when she won the ANA Inspiration from Rancho Mirage, CA on Sunday. However, it is her finish to the fourth round that has the golf world buzzing at the moment.

Lee forced a playoff with an eagle on Sunday, as she recorded a score of three on a par five. This came after Lee recorded a remarkable birdie on the 16th hole when she sunk her approach shot to get to -14. Yes, there was a bogey on the par-three 17th, where Lee recorded a score of four, but Lee was clearly the best golfer in the field down the stretch, and came through with the title.

Lee defeated Brooke Henderson of Canada and Nelly Korda of the United States. All three golfers had a score of -15 after 72 holes. In the playoff, Lee was the only golfer of the three to notch a birdie.

Henderson was in control and had the lead after 12 holes, as she was at -15. However, a key double bogey on the par-four 13th hole where Henderson posted a score of six, moved her overall score down from -15 to -13.

Korda meanwhile was the leader after round two with a score of -11. Like Henderson, Korda also recorded a double bogey over the weekend as she posted a score of six on the par-four sixth hole in round three.

With the win, Lee moved up 73 spots in the Rolex Women’s World Golf Rankings. She moved from 94th in the world to 21st.