Your Afternoon Dump... Where the road to Banner 18 begins tonight 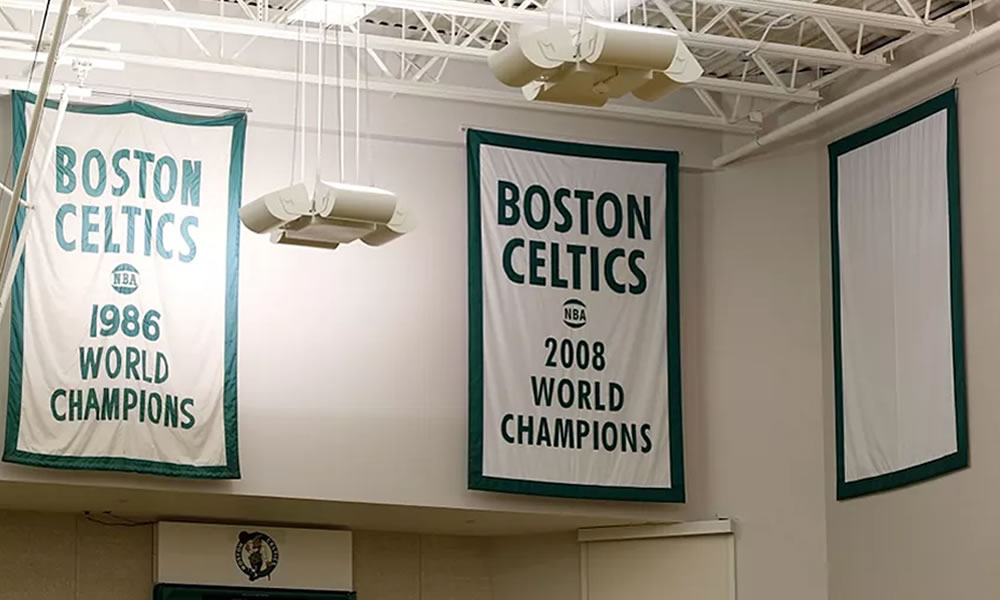 Your Afternoon Dump... Where the road to Banner 18 begins tonight

The Boston Celtics and Miami Heat each present the other team’s coach with uncomfortable decisions. Each will have to decide which is the most palatable way to get hurt by the other, and hope that, by the end, the best player on the floor can put the other away.

“You’re not expecting it to be easy,” Spoelstra said on Monday. “When you get to the Conference Finals there’s four teams left, and it’s not like the NCAA Tournament where you can just get hot for three weeks. You have to be a good team that has proved it for months, that you’ve earned that right. The last four teams should be the teams that have the most complexity.”

En route to their 18th championship, the Celtics will face Eric Spoelstra and one of the following: Doc Rivers, Michael Malone or Frank Vogel.

Spoelstra is the best of these three coaches.

Fortunately for Boston, the Heat are not the best of the five teams left in the playoffs. They are almost certainly the worst. Yes, their starting lineup includes a couple bona fide stars in Bam Adebayo and Jimmy Butler, but they’re also starting Goran Dragic at point guard.

Now it’s true that Spoelstra is uniquely positioned to make the most of a team with a second-rate point guard, because he’s never had a first-rate one. However, when the Heat won championships, they didn’t just have a couple stars in the lineup, they had a couple first ballot hall of famers.

In the here-and-now, Miami has a good but not great team that looks better than they should because people once again put too much stock in the regular season record of a Mike Budenholzer team.

Boston has a potentially great team, and they were able to defeat the Raptors, a team both better and more experienced than the Heat, without Gordon Hayward. And Hayward participated in ‘hard workouts‘ yesterday.

The Celtics should advance to the Finals this year. While Spoelstra has more experience on the big stage than Stevens, I don’t think he’s as adaptable, and he definitely does not have a better team than Boston.

For the first time in the Brad Stevens era, the Celtics are the better team headed into the conference finals. For the first time, they’re not the scrappy underdogs, the guys nobody expected to be there. They are a poised and veteran squad that belongs on this stage.

In short, Boston’s defense is head-and-shoulders better than the field. On the offensive side of the ball, they’ve been okay. They’ve obviously missed Hayward more on that side of the ball, but Hayward should be back soon, barring major setbacks.

For the first time since 2012, it feels legitimate to talk about a Celtics championship.

Page 2: Where Jaylen was the right choice

About those boos. The ones that rained down inside TD Garden during the Boston Celtics’ 2016 draft party when owner Wyc Grousbeck took the stage to announce the team had used the No. 3 pick to nab Jaylen Brown.

We know those boos weren’t for Brown. Firework-hungry Celtics fans wanted the team to make a big-splash move for a more proven commodity, not take a raw 19-year-old kid coming off a somewhat underwhelming lone college season.

Those fans wanted Jimmy Butler, the readily available All-Star wing who most were willing to splurge on if it morphed Boston into something more than the scrappy bunch of overachievers they had been early in Brad Stevens’ tenure.

Ah yes, those boos… Your reminder that Boston fans are as prone to stupidity and poor behavior as any fanbase.

Like Ainge’s decision to hire Stevens instead of grabbing someone from the NBA’s pool of known quantities, the Celtics went with youth and potential in 2016. It was a gamble, sure, but I don’t think anyone in the C’s front office was surprised when Jaylen Brown said this about LeBron James:

Jaylen is 23 years old and has appeared in 55 playoff games. This is his third trip to the ECF. He’s a veteran player at a young age, and part of a Celtics team that looks to have real staying power atop the East.

the rest of the links

NBC Sports: Celtics vs. Heat preview: Predictions for the Eastern Conference finals | Blakely: Get ready for plenty of Smart v. Butler in Celtics-Heat series | Blakely: Introducing the X-Men for the Celtics against Miami

Providence Journal: Celts are ready for explosive Heat | Raptors brought out the best in the Celtics