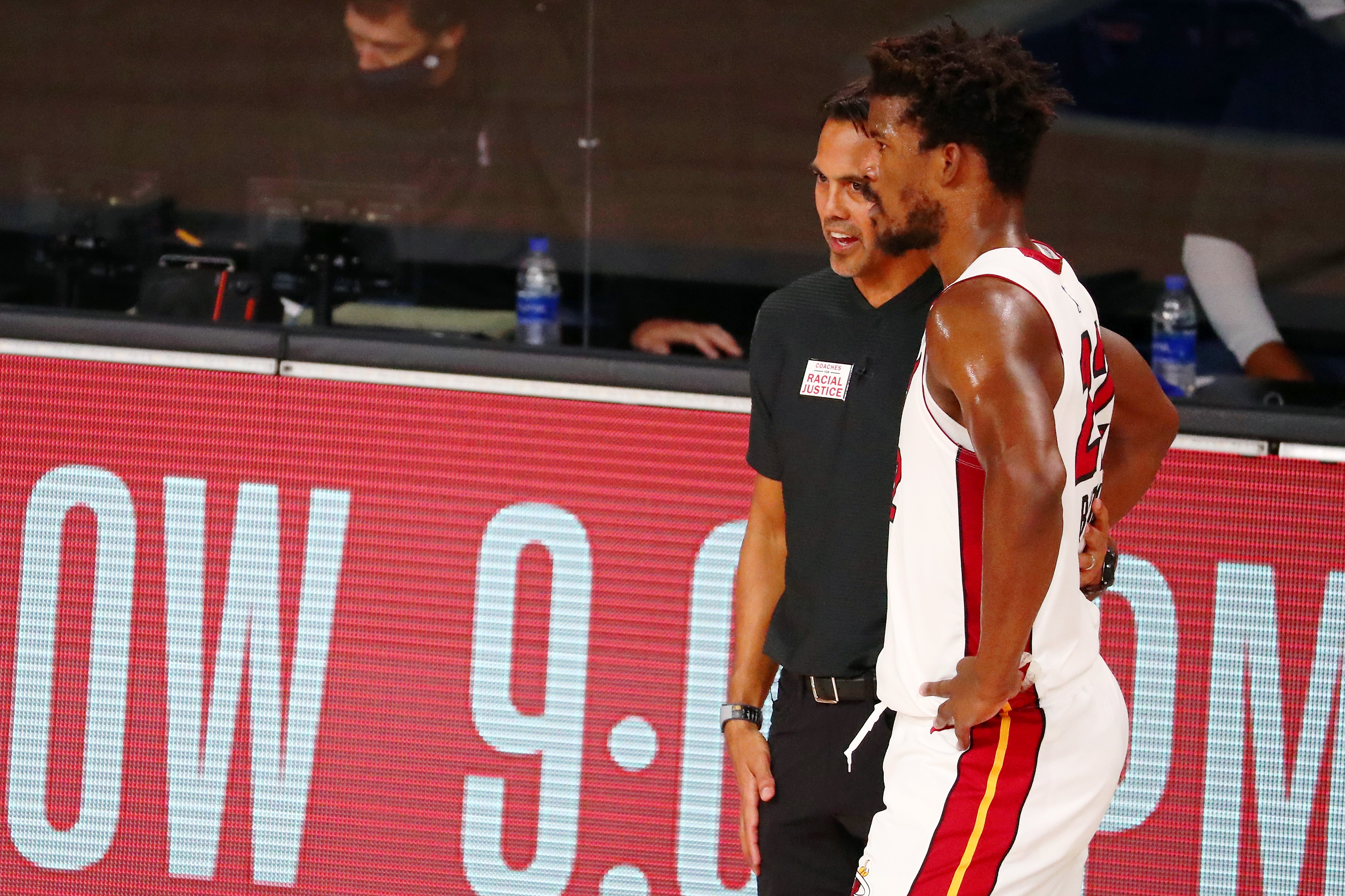 Jimmy Butler has been the best player in the bubble, but he’s not only looking for personal accolades.

No, instead, he’s not going to stop balling out until he leads the Heat to a title, apparently.

Butler took more of a backseat in the team’s 106-101 win in Game 2 of the Eastern Conference Finals on Thursday night, dropping 14 points on 4-of-11 shooting. Lucky for him, Goran Dragic, Bam Adebayo and Duncan Robinson were incredible, and carried the load.

And Butler, to his credit, has made some big-time shots during the course of the playoffs, helping carry his team to the position they’re in, two games away from the title. He does miss his family, though, and he spoke about the sacrifice he’s made being away from them — promising he’ll bring them home a title.

“I’m going to bring them a championship.”

Bulletin-board material for the Celtics, perhaps.