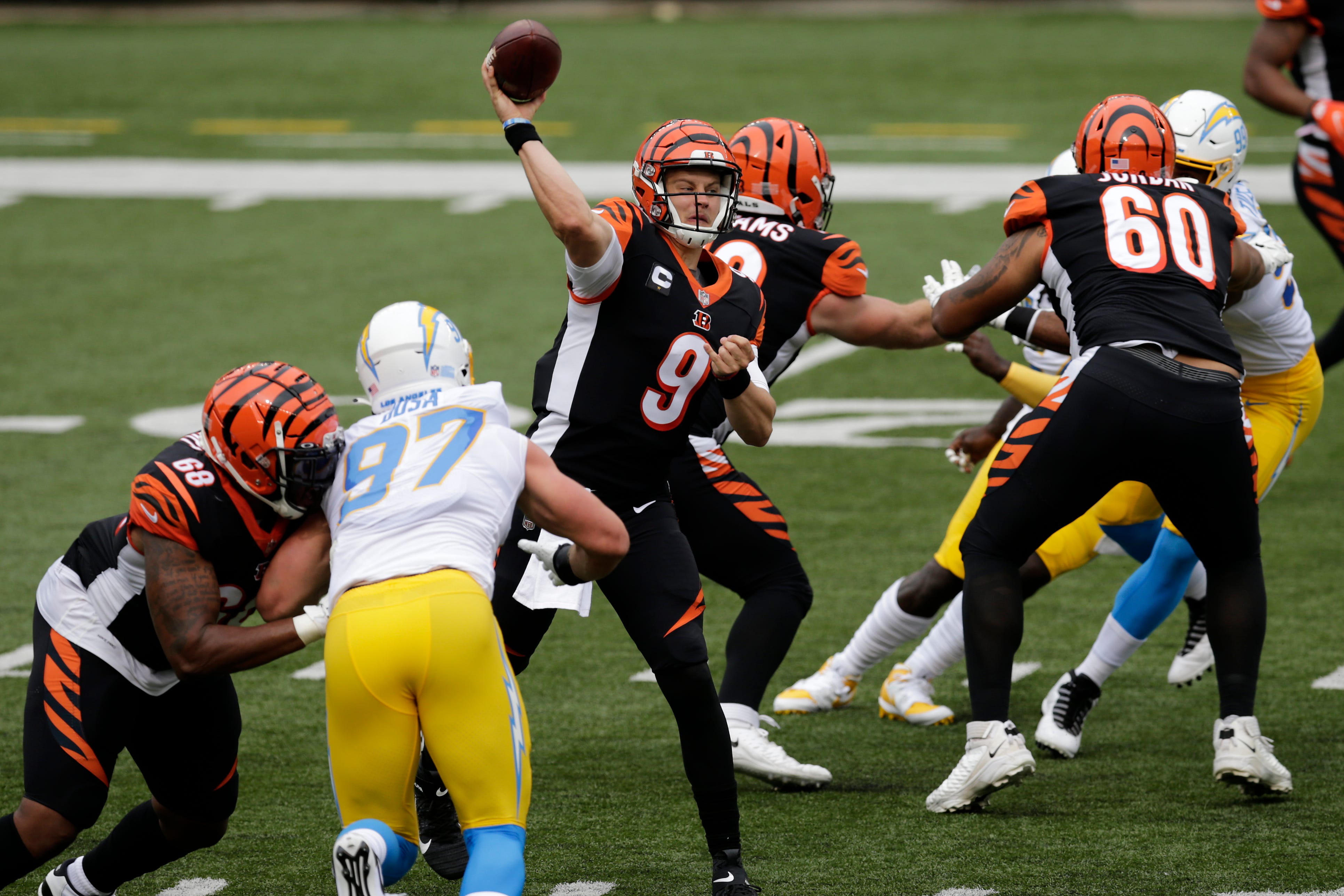 The Bengals finally have themselves a franchise quarterback in Joe Burrow, now they have to find a way to protect him.

He also took a beating at the hands of the Cleveland front seven.

Burrow was hit time and again, taking some massive shots, including one after a fumble near his own goal line.  But even after all the hits he took, he kept getting up, and even the Browns defense end Myles Garrett took notice:

“The guy is tough.  He took a lot of shots, and he bounced right back up. He was still putting deep ones on the money and he always kept his eyes downfield. He was never really worried about the rush, unless it was really on him. That is better than some veteran quarterbacks. He has a ways to go, but he is already off to a good start. I am impressed by him.”

The good thing for Cincy and Burrow, is that he’s a young, cool cat.  But this is September, and Week 2, come November and December, when the weather changes, if he keeps getting hit the way he did on Thursday, he might have to take a week off here and there to recoop.

Cincy finally has a franchise quarterback, now they have to protect him, and it starts with the offensive line.  The Bengals cannot waste away the talents of a player like Burrow, because the dude is a keeper.  Indeed, the Bengals have finally found their guy.