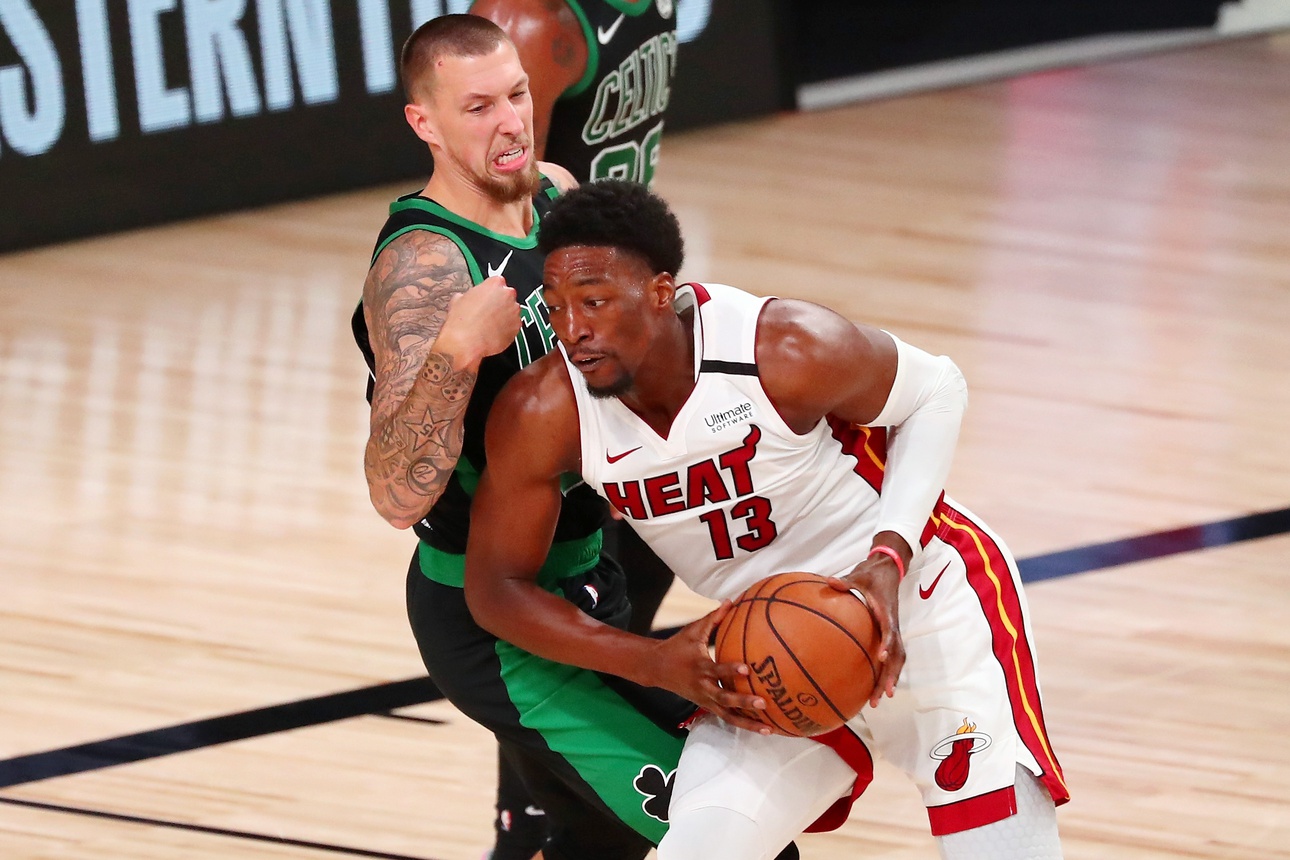 Stevens had hinted at possible lineup changes this week and went with backup big man Tyler Zeller over Johnson to start the second half of Game 2. With Boston trailing 2-0 in the best-of-7 series, few expected Stevens to go with Green in a small-ball lineup.

We’re starting off the dump with a reminder that the Celtics have been here before. Granted, ‘here’ is not a particularly fun place:

On Thursday, in Game 2 of the Eastern Conference Finals against the Miami Heat, Boston’s lead drained quickly. The Celtics opened the half nicely, twice boosting a 13-point half-time advantage to 15. But Miami began chipping again, and Jae Crowder’s four-point play midway through the period opened the flood gates. The Heat won the quarter 37-17 and went on to claim a 106-101 victory

The Celtics have had issues with their third quarter play since the second round started. In nine playoff games since, the Celtics have won the third quarter only once, on Tuesday night. Last night’s poor showing needs to be a wakeup call for the whole team, from Stevens on down.

On the court, Tatum, Walker and Smart have combined for 22 turnovers over two games and have only notched 23 assists. The entire Miami team has only turned over the ball 21 times. For the sake of comparison, those three only turned the ball over 63 times in the series with Toronto, while team totals by the end of the series were effectively a tossup at 13.4 & 14.7 per game.

Jaylen Brown has been the only consistent bright spot in the C’s play over the past two games. But he’s taking fewer shots per game. He’s playing well and the C’s are not feeding him the ball.

Shot attempts for the Celtics drop off a cliff after you get past their top four guys (five if Hayward’s playing). In the Raptors series, Boston attempted 580 field goals, and 438 of those were attempted by Smart, Walker, Tatum and Brown–the four accounted for 76% of Boston’s FGAs. Brown took 29.5% of those shots and made 42.6% of them, his attempts were tied with Tatum for the most of the four and his success rate was just a titch better than Tatum’s 42.3%.

Among the four, despite shooting the ball at a 50% clip from the field and 63% behind the line, Brown has only taken 28 shots, fewest of Boston’s top four offensive contributors and only 21% of the total FGAs by those four.

So what’s going on here?

Is it fatigue? That’s probably part of it. Tatum, Brown, Walker and Smart are all averaging over 39 minutes per game over the last two rounds of play.

Did these guys think that they’d done the hard work by beating Toronto? That the ECF would present them with a less intimidating opponent?

To be honest, that’s probably part of it too.

What about the coaching?

Yep. We’ve got to talk about that too. During the regular season, I’ve often credited Stevens with the ability to put his players in a position to succeed. He’s not doing that with consistency here.

Miami, lest we forget, entered the playoffs as the #5 seed. They’re not some super-team capable of countering every scheme that Boston comes up with either through superior talent or superior coaching. For the season, Miami’s net rating was +3, Boston’s was more than twice that at +6.3.

Against approximately the same opponents, Boston was better than Miami, and not by a small amount.

So what does Stevens need to fix?

It’s also 10 points per 100 possessions worse than their performance against Toronto.

And yes, you can argue that the players are responsible for executing on defense, but you know what? These are the same players that led Boston to a defensive rating of 107 during the regular season.

If they’re struggling against Miami, there are issues with game prep and game management to go along with whatever might be happening on the court. Players are not getting assignments they can win and they’re not getting prepped for Miami’s offensive sets.

Page 2: Where things got ugly after the game

After the Boston Celtics dropped Game 2 of the Eastern Conference Finals to the Miami Heat on Thursday, once again blowing a double-digit lead in the second half to go down 2-0, Marcus Smart reportedly could be heard in the locker room having a heated argument with teammates.

Jaylen Brown, for one, was not angry at Smart for his postgame outburst.

“That’s why we love him,” Brown said. “He plays with passion, he’s full of fire, and that’s what I love about him most to be honest. He has that desire and that will, and we need him to continue to have that. … Who Marcus is, I love him for it. We’ve got to get ready to come back with that same fire and add it to Game 3.”

Now, what’s interesting about that quote is an item that just surfaced a little while ago:

Boston Celtics’ Marcus Smart and Jaylen Brown had a heated confrontation inside that locker room after the Game 2 loss and needed to be separated by teammates, multiple sources told The Athletic. Smart, who is widely regarded as Boston’s emotional leader, was heard shouting inside the postgame locker room after the Celtics’ loss to Miami.

Sources told The Athletic that Smart stormed into the Celtics postgame locker room saying that other players needed to be held accountable and not simply point the finger toward him when things are going wrong. As Smart continued and his voice grew louder, sources said Brown snapped back and shouted that Celtics players must stay together and that their actions must come as a team, not individually, and that Smart needed to cool off.

Chris Forsberg over at NBC Sports has the right take on the situation:

If the Boston Celtics had shown half as much emotion on the court Thursday night as they did in the locker room after a head-shaking Game 2 loss to the Miami Heat, then they wouldn’t be in this predicament.

Reports from outside the Celtics locker room suggested an inharmonious scene with Marcus Smart, unsurprisingly, the most identifiable voice amid the commotion. The Celtics could have used some of that fight in a turnover-and-lethargy-filled third quarter, or again at the finish line.

Game three is put-up-or-shut-up time for the Celtics. They have shown flashes of brilliance in the playoffs–they were within an ace of being up 3-0 on Toronto and had realistic opportunities to be up 2-0 on Miami. They are legitimate title contenders. That they ended up going seven games against Toronto and are down 0-2 to the Heat is evidence that the C’s are lacking something to go along with all that they have. Whatever that ‘it’ is, they need to find it in a hurry.

NBC Sports: Blakely: The Butler does it again for Heat in Game 2