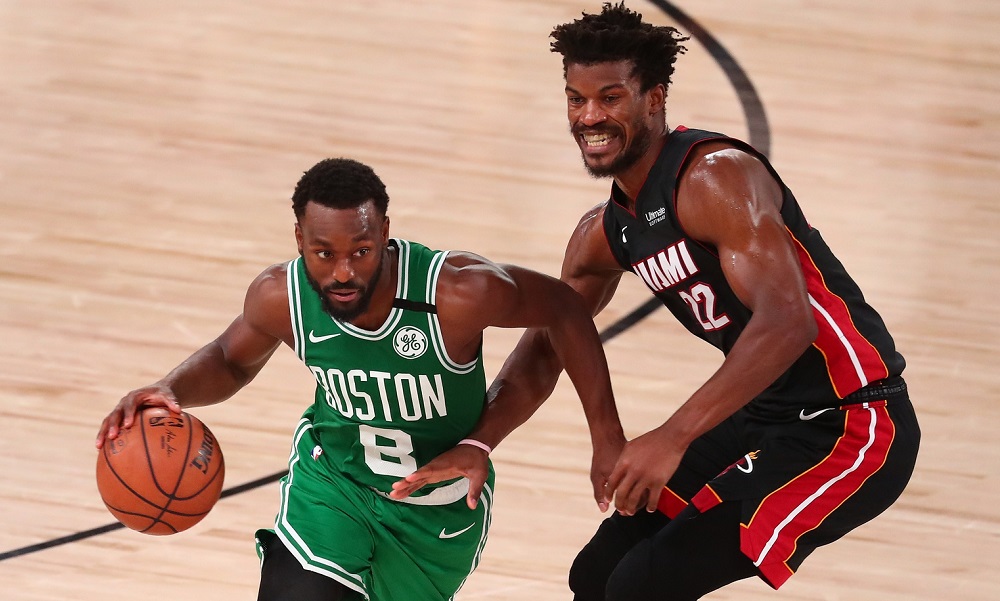 With their season essentially on the line, the Celtics stayed alive, cutting Miami’s series lead to 2-1 with a 117-106 victory over the Heat in Game 3.

The Celtics dominated the first 44 minutes, but the last 4 were scary as Miami slashed a 20-point deficit to just 5 before the Cs regained control. No worries, the Celts actually led for the entire 48 minutes, and even won the third quarter (!).

I did speak w Larry Bird for about 2 hours today. We got into the #Celtics zone defensive struggles.

Larry & I absolutely knew what we knew. Gordon Hayward will absolutely free up that zone tonight. #LFG ☘️💪🏾 pic.twitter.com/PlHT1T9VyO

The Celtics made 7 of their first 10 shots while attacking the rim often, and at the first timeout led 16-9.

Celtics coming out with some aggressive attacking of the paint, happy to see some more ball movement too. Let's hope we see this the full 48 tonight ☘️☘️☘️ #Celtics

Hayward checked in after 7 minutes and immediately…

Hayward with the pocket pass for Theis dunk #Celtics #Heat

Rachel Nichols reports that Gordon Hayward will NOT leave the bubble again for the birth of his son. Hayward is there to stay.

Celtics already have more assists (7) in first nine minutes tonight than they had in the second half of Game 2 (6).

Quarter ended with 9 assists on 13 baskets.

Second quarter, the refs made an appearance, and the Celtics got hosed yet again. A clear Heat foul was not called, leading to the three. Refs compounded the error by hitting Tatum with a technical.

How many obviously wrong no-calls into Heat threes are we going to see this series? It’s never ending.

Tatum had a response.

Miami got within 51-48 before the Celtics had a 9-0 run, including three straight hoops on breakaways off steals.

Boston defense is smothering and leading to easy hoops. Keep doing this please

Tyler Herro was on fire, dropping 16 points in the second, but The Jays kept the Celtics in control.

Really encouraging for the Celtics:
Heat (Herro) made 44.4 percent of their 3s and the Cs hit just 28.6 but have a 12-point lead anyway.

Update to the halftime score:

The Celtics just got an extra point, as a t2-pointer for Kemba Walker late in the first half was changed to a 3. Boston now leads 63-50 at the start of the third.

Hayward's stat-line is nothing special, but the ball moves so much better when he's in there. It's popping around the perimeter. He's getting in the soft spots in the zone and getting the ball moving. Good start to his return so far.

Were they ready for the third quarter?

In the playoffs the Celtics have been outscored by 28 points in the 3rd quarter. (15th of 16 playoff teams)

This time, they were.

Daniel Theis picked up foul no. 4 early in the quarter, so Grant Williams came in and immediately scored 5 points as the lead grew to 18.

There was no let-up.

There was a lot of tension on Twitter because of the Celtics’ many disastrous third quarters, but the Green held a 19-point lead with 4:19 remaining. And then Miami went on an 11-1 run, helped by the Celtics missing a couple of layups. Nervous moments.

They're playing with a different level of force. That's pretty clear now." – #Heat coach Erik Spoelstra to ESPN's Rachel Nichols regarding the #Celtics heading into the fourth quarter.

When Hayward and Tatum swished triples in the early fourth, the lead was back to 19.

Gordon Hayward opens the fourth quarter with a 3-pointer for Boston. He's made a huge difference for them tonight, even without an eye-popping stat line. Six points, four rebounds, three assists, three steals, a block and no turnovers thus far.

Keeping the pressure on.

And now Boston's lead is down to 8, and Miami has the ball with 1:03 remaining after an offensive foul by the Celtics. This team just doesn't know how to make it easy on itself.

The Heat were helped by a flagrant foul called on Jaylen, when Duncan Robinson stuck his face into JB’s space and caught an accidental elbow. But it wasn’t enough.

Kemba to the rescue.

The defense held Miami to 38.8% shooting and 27.3% on threes. The Celts also crushed points in the paint, 60 to 36. And Smart was 8 for 8 at the line in the final minute to foil the Heat’s intentional fouling.

That’s how you respond to adversity. About damn time. 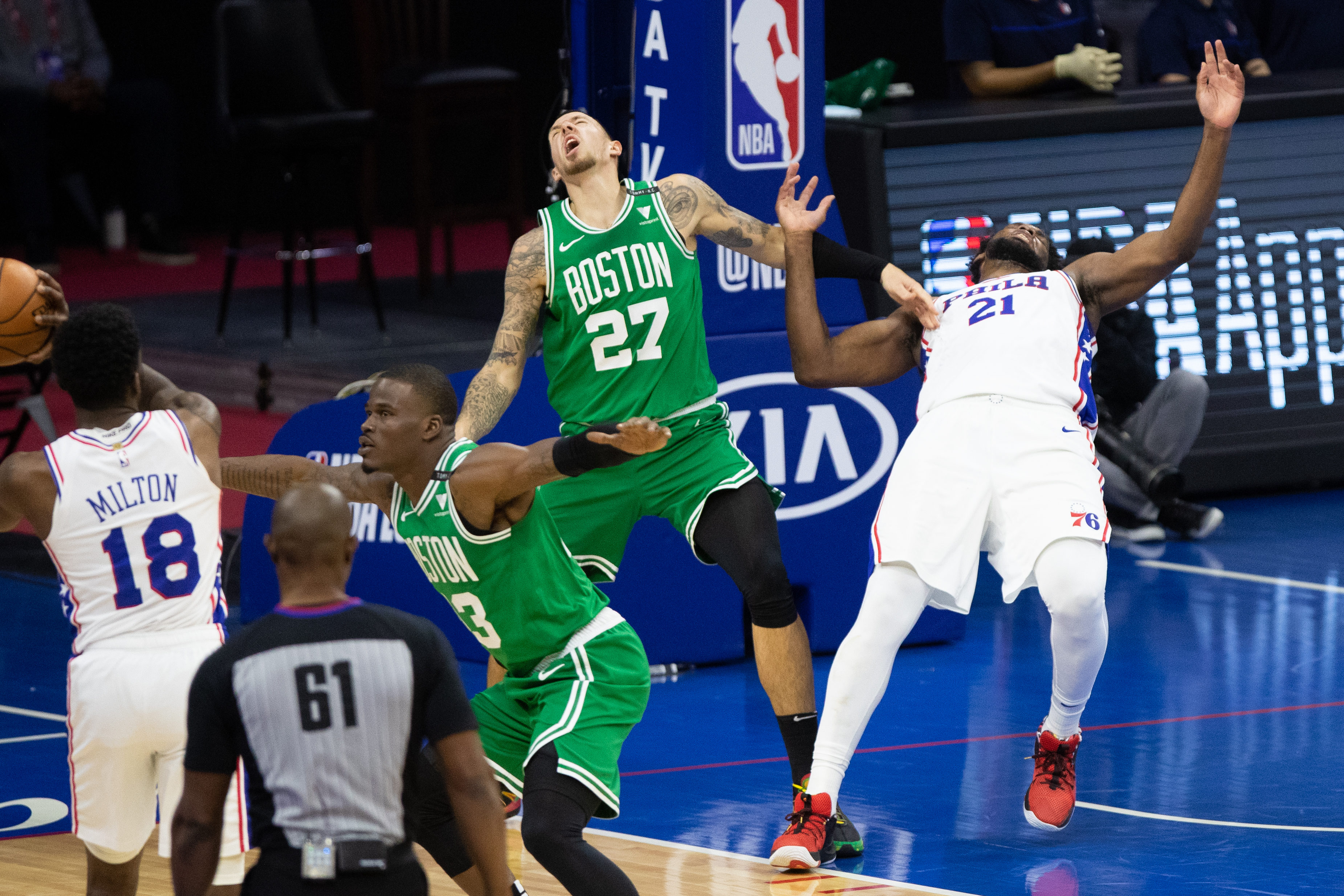