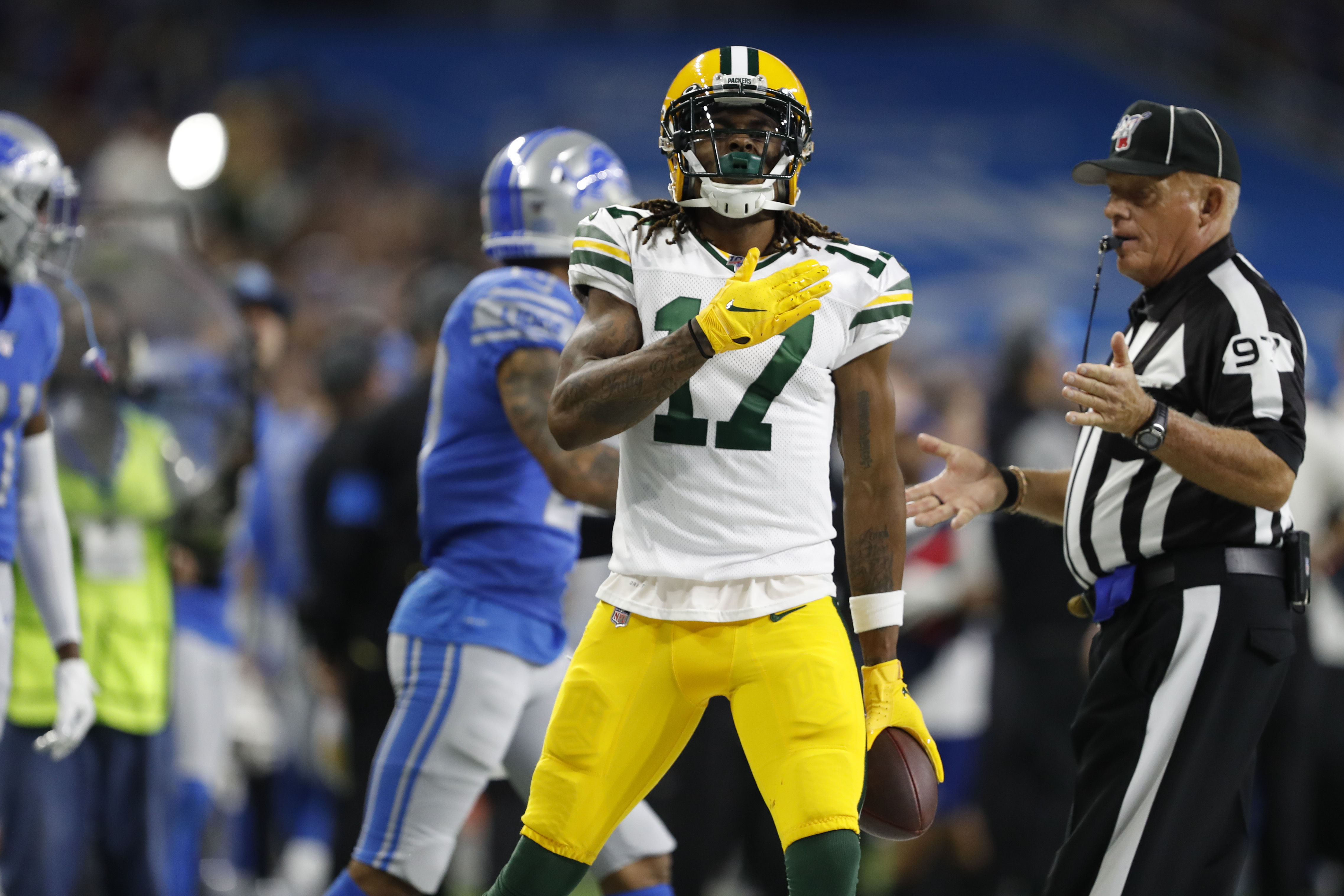 The Green Bay Packers host the Detroit Lions in the 2020 home opener. Of course, it will be a home opener without fans due to the ongoing Covid-19 pandemic. That means no “Go Pack Go” chants and no Lambeau Leaps, no tailgating and a surreal atmosphere at Lambeau Field.

The Packers enter the game with a 1-0 record after defeating the Vikings 43-34 last week in Minnesota. The Lions are 0-1 after blowing a 17-point lead in the fourth quarter before falling to the Bears 27-23.

Green Bay leads the all-time series between these two teams 100-72-7. The Packers also won both playoff meetings between these two division rivals. Last season, the Packers swept the season series with Detroit despite not leading either game until the clock showed 0:00 left. They hope to continue their winning streak against division foes.

Here is a look at six key factors that will determine who wins the home opener on Sunday:

Stafford is healthy again and back as the Lions starting quarterback. Although he has yet to win a playoff game in his NFL career, Stafford is a talented and dangerous quarterback who is capable to making life difficult for the Packers secondary.

The Packers will be without Kenny Clark along the defensive line, which means they will have less push from the interior of the line against Stafford.

Both Preston and Za’Darius Smith must provide some pass rush with Kingsley Keke and Rashan Gary also likely to see more playing time on passing downs because of Clark’s likely absence.

Look for Mike Pettine to mix up his alignments to try to confuse the Detroit offensive line. Some fronts will likely have two traditional defensive linemen, some may have three. Either way, the offense will have to figure out who is rushing the quarterback and who is dropping back into coverage.

If the Packers can rattle Stafford, they can take away the most dangerous weapon the Detroit offense has.

The Packers offensive line is still reeling from injuries. By the end of the game in Minnesota last week, the Packers were without Lane Taylor, Lucas Patrick and Billy Turner. Taylor is lost for the season; Patrick should be available this week and Turner’s status for Sunday is still uncertain.

Despite the injuries, the Packers did not allow a sack last week against Minnesota with Rick Wagner and Jon Runyan doing a good job filling in. It is very unclear what the starting offensive line will look like against Detroit, but they will need to keep Rodgers upright and give him time to throw the football.

The Lions registered one sack against the Bears in Week 1 and it was earned by defensive end Trey Flowers. Flowers is Detroit’s biggest pass rushing threat and the Packers will have to find a way to slow him down.

Matt Patricia has not traditionally been a proponent of blitzing a lot and relies on three and four-man fronts to get to the quarterback. If the Lions can’t pressure Rodgers consistently, he should be able to exploit their secondary.

3. Exploit the Beat Up Detroit Secondary

The Lions defense secondary is hurting right now with four players on the injury report. Desmond Trufant has not practiced all week because of a hamstring injury and is likely to miss Sunday’s game. First round pick Jeff Okudah also has a hamstring problem but has returned to practice and may make his NFL debut after missing the season opener. Okudah is a press man coverage corner with a lot of talent but he has never played an NFL snap until now. Darryl Roberts has been limited with a calf injury while safety C.J. Moore has been slowed by a hamstring.

Davante Adams was dominant against Minnesota and their inexperienced secondary and he should be able to have another big game against Detroit. During the offseason, Adams told NFL Films he knew what type of coverage the Lions were in as soon as he lined up at the line of scrimmage. Will this still be the case and can Adams exploit it again for another big game?

The Packers will also try to get Marquez Valdes-Scantling deep a few times and throw to Allen Lazard over the middle of the field as well. Green Bay may also throw more to their tight ends as the Detroit safeties are not as strong as Minnesota’s.

The Lions tried to upgrade their secondary during the offseason but with these injuries, they will struggle to contain Adams, Rodgers and the Packers passing attack. Look for another big game from Rodgers and Adams and the rest of the Green Bay receivers.

The Packers are facing an old nemesis on Sunday in former Vikings star Adrian Peterson. Sure, Peterson is 35 now and is no longer one of the best backs in the league, but the former Oklahoma star can still do a lot of damage.

Peterson gained 93 yards on 14 carries last week against Chicago, a team with a strong defense. He also caught three passes for 21 more yards. The speed may not be where it once was, but Peterson is still smart and elusive and knows how to gain yards.

The Packers run defense did OK against Minnesota, but it wasn’t easy to evaluate because the Packers took a lead in the second quarter that forced the Vikings to throw the ball to catch up.

The Lions will try to run Peterson and backup Kerryon Johnson against the Packers defensive line that will likely be without their best player in Clark. The Packers will need Christian Kirksey, Krys Barnes, Tyler Lancaster, Kingsley Keke and Dean Lowry to step up and slow down the Detroit running attack.

Expect the Lions to try to run the ball to keep Rodgers and the Packers potent offense off the field as much as possible. If they can do it, they may be able to keep the game close and try to pull off the upset.

The Packers offense was hitting on all cylinders against the Vikings. The Pack gained 522 total net yards, averaged nearly five yards per carry running the ball (and that includes Tim Boyle’s kneel downs at the end of the game) and finished the game with 41:16 in time of possession.

The Packers looked like they were completely comfortable in Matt LaFleur’s offense and there seemed to be little the Vikings could do to stop them. Green Bay scored 43 points and could have had more. One drive stalled at the Minnesota one-yard line when Davante Adams dropped a pass in the end zone on fourth down and MVS dropped a potential TD pass later in the game as well.

But one game does not a season make. The Packers offense needs to prove that their performance against Minnesota was a harbinger of things to come, not an isolated occurrence.

6. Set Up the Passing Game by Running the Football

Matt LaFleur’s offense is predicated on running different plays out of similar formations. The Packers utilize the run to set up play action passes even though they won’t run more than 45 percent of the time in most games.

Look for the duo of Aaron Jones and Jamaal Williams to be active in both the running game and the passing game with doses of Tyler Ervin mixed in on some gadget plays, jet sweeps and screen passes.

The Lions allowed 149 yards rushing last week against the Bears and they were in the bottom third of the league in run defense a year ago.

The Packers should be able to move the ball on the ground in this game and that can only mean trouble for Detroit.

The Packers are the better team on paper, but they can’t take the Lions lightly. Stafford is a dangerous quarterback and the Lions almost beat the Packers twice last season even though the Packers won 10 more games than Detroit did.

The circumstances surrounding this game again favor the Packers with the Lions secondary banged up and wide receiver Kenny Golladay unlikely to play.

Look for the Packers to win this game, but it won’t be that easy. The Lions have played well against Green Bay in recent years and they are hurting after blowing that big lead against the Bears in the fourth quarter last week.

The Packers should win the game, but it won’t be a total cake walk.