It’s a beautiful fall day here on Long Island and I’m sitting outside writing about the Chargers.  I guess not much has changed in the last twenty-five years.  Yesterday was the 33rd anniversary of my first Dead show and the 50th of the passing of Jimi Hendrix.  It was Rosh Hashanah and we lost Ruth Bader Ginsberg.  Yet I’m still out here writing about the Bolts.  Last week’s game was for the first three quarters…boring.  Without preseason I guess it’s not all that surprising, but what little I saw of other games made me feel like we were especially sloppy.  After the Browns lit up the Bengals on Thursday, it seemed like our offense is particularly shitty.  The biggest takeaway after watching Tyrod Taylor is how much of a one-read QB he is.  It didn’t appear like he went through options, but waited for someone to get open and then threw, usually high.  There is a reason that Taylor has not established himself as consistent starter.  It’s not that he’s never gotten a chance.  It’s that he’s limited.  He took the Bills to the playoffs, but it took ANDY FUCKING DALTON to get in and keep us out.  They couldn’t get past Jacksonville in the first round.  He was in Cleveland for a reason, to keep the seat warm for Baker Mayfield.  He’s like Derek Anderson, with less passing ability.  Taylor almost got Mike Williams killed, just as Rivers did time and time again. 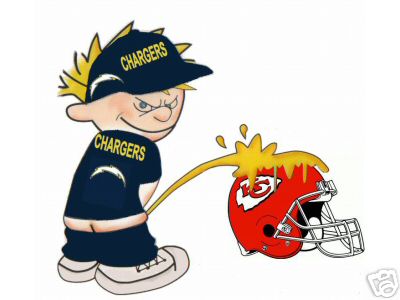 That being said, I did see how Phil threw two picks against the Jags.  After his first drive, all the “salties” were calling out the Chargers for letting him go. No matter what Rivers and the Chargers do without each other this year, it was clearly for the best.  I do think Mike Williams needs to be careful about how he falls, despite his comments to the contrary.  People who say Williams is injury-prone need to look at what he’s putting himself through each week.  He’s lucky not to be in a body bag next to Malcom
Floyd.  My biggest issue with the offense is the OC.  They have watched Taylor practice and know his limits. Shane seems to be running the offense just like he did with Phil.  Taylor can clearly escape pressure more than Rivers, even if that’s not saying much.  But we were avoiding the run needlessly in the first half.  I know that Ekeler had a record number of carries, apparently, but he was definitely underutilized.  I know the lack of targets was mentioned.  Taylor’s best and most accurate throws were when he was rolling out.  The passes to Henry, Allen, and even Guyton along the sideline were the best of the day.  But Taylor will only work for so long.  Rivers’ interception parade, starting with the game at Oakland, ensured that we’d pick a new QB in the draft.  Herbert won’t sit beyond this year.
Pouncey going on IR is hardly a shock.  Like Okung last year, I only care that the team has a plan in place since there is no way they could have been surprised by this.  I read that they didn’t take that big a cap hit for the year, so that’s good. 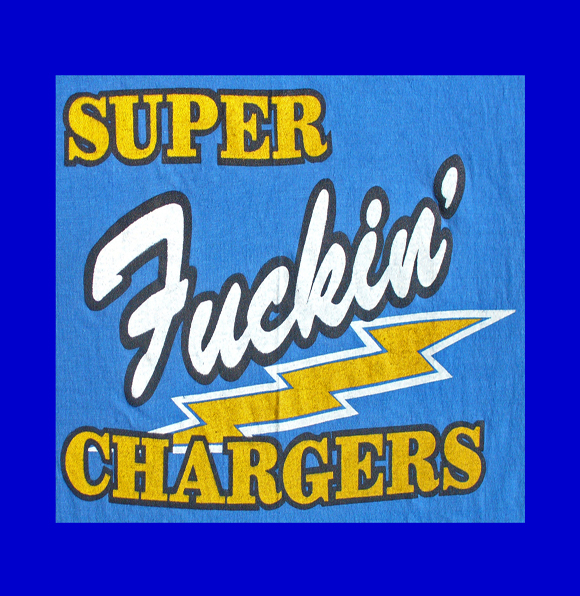 I wrote last week that Dan Feeney needed to step up his game if he was going to rock that mullet and Officer Farva mustache.  For one week, at least, he lived up to his 2017 draft status.  He, Lamp, and Williams were Telesco’s haul from that year.  We know that Mahomes and Watson were available, but the team was committed to Rivers still.  They went 21-11 over two years, so I can’t complain too much.  We need to temper our expectations, once again, since it was against Cincy.  But for one day, the line looked okay even with Turner sitting out,  Lynn said after the game that the two 4th down and 1s were inexcusable and put the onus on the blocking.  I think Taylor still needed to find a way to gain at least a yard.  Maybe Lynn is trying to protect Taylor’s ego, but it’s clear there is a difference between being able of avoid a sack and being mobile.  Even Rivers could have gained a yard if we’d ever called a sneak for him. 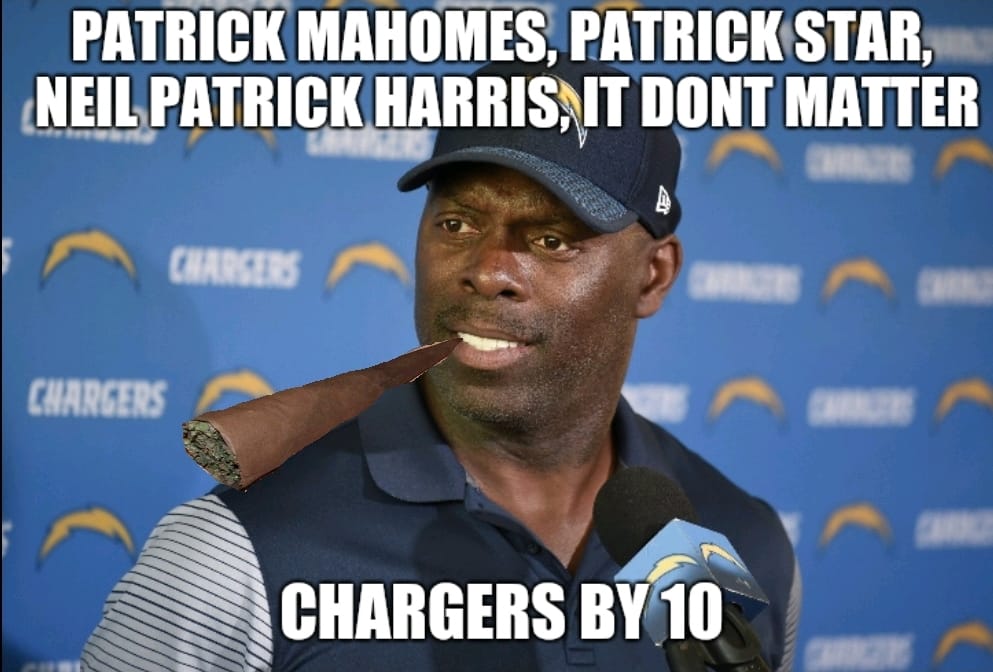 Josh Kelley was a game-saver on Sunday.  Lynn was right about that, even if he could have helped put the game away with a first down.  It was the kid’s first game and really helped turn the momentum in our favor.  Denzel Perryman has always been good at causing turnovers, but not so much at staying healthy.  There is no debating, however, how big the forced fumble was.  Ingram’s interception was equally huge.  This team has not done a good enough job at causing turnovers, but did a good job on Sunday thanks to two guys who have actually made some clutch plays in the past.  Bosa was amazing, though I didn’t know that he had the sleeve on in the fourth quarter.  I guess I also didn’t notice that he missed some plays down the stretch.  He was in for the pass interference call.  Gus Bradley isn’t as bad as Shane Steichen, but still seems too passive.  We all assumed that he was calling for soft coverage on that last drive.  The Chargers could have iced the game with a first down, but the team did say during “Hard Knocks” that they wanted to leave it up to the defense to win games.  In 2018, they followed the same script against the Titans and Seahawks that they did Sunday.  They should have put the game away earlier.  But Sunday was different in that the Chargers weren’t leading until the second half.  There is no question that Burrow missed some touchdown throws.  I can’t say if Taylor did the same since his throws were so badly off that I couldn’t tell if the guy he was throwing to was open.  The footwork by Green was insane to actually come down with the touchdown, but it did look like OPI.  Hayward sold it, but the fact that he got the call shows that he’s become enough of a standout to earn the benefit of the doubt from the officials.  He was definitely a guy that his previous team gave up on too soon.  Mike Pouncey, on the other hand, was as finished as the Dolphins thought he was.  Badgley pushed his 50-yarder wide right in a big way.  His podcast with Rochell reveals a really nice guy, but he needs to do better in those spots.  He’s better than Caleb Sturgis, but if you are going to call yourself the “Money Badger,” you need to be a little more money in crucial moments. 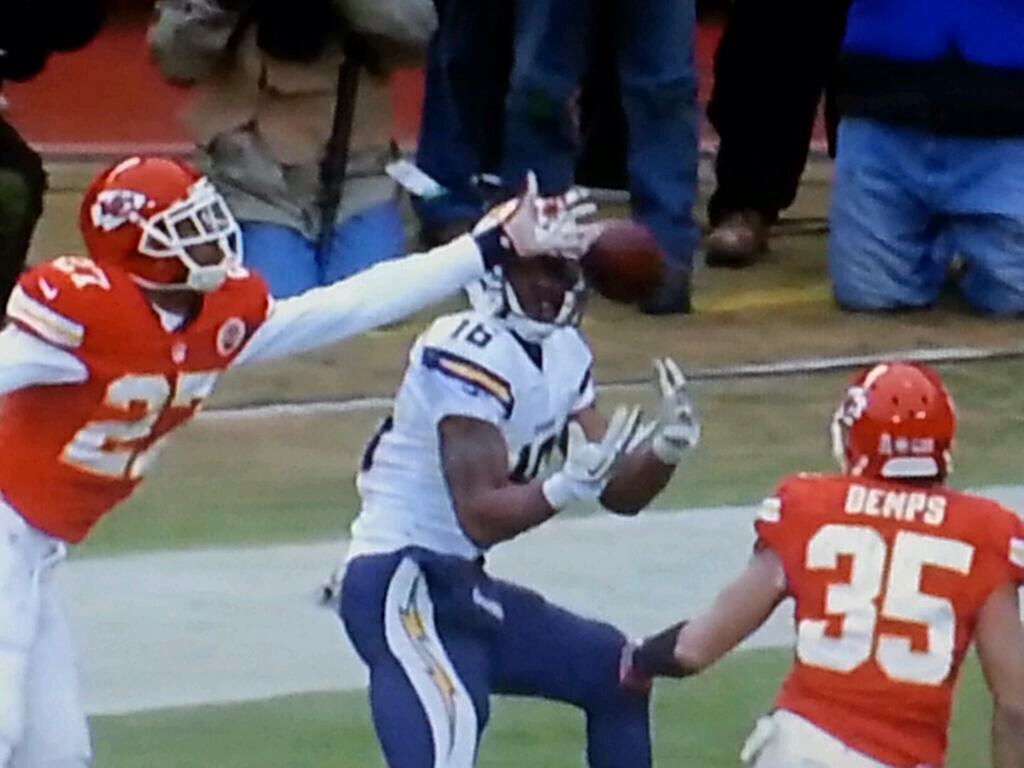 Of course, it became irrelevant once the Bengals missed their chip shot.  It was somewhat reminiscent of the Chicago game in 2018, where they let the Bears get into field goal position on the final drive.  But this was such a freak miss that it reminded me of the 2007 game against Colts, or the game against the Browns were Lambo missed but was bailed out by a penalty.

We paid for that one by losing to the Browns the next time during their 1-15 season.  I didn’t think for a second they would miss on Sunday.  I thought of all the times (Pittsburgh 2015, Miami 2017, etc. that I watched the other team line up for a kick and figured that there was no way they’d blow it.  I flicked the screen of our kitchen tv right before, so maybe that did something.  The fact that the guy seemingly pretended to get hurt is really funny.  It’s mostly laughable in that it didn’t happen to us. 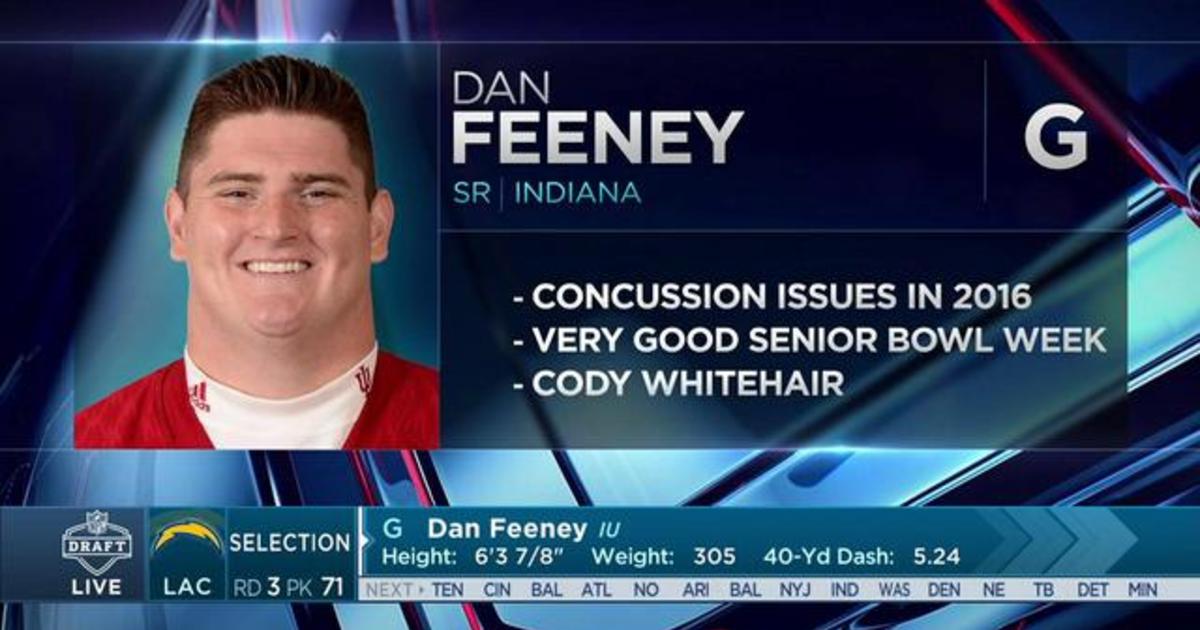 Which brings us to tomorrow.  There is no reason to think that we can win this game, yet I do.  The key to slowing down the Chiefs will be the same as it was when Peyton Manning was the opponent.  The Chargers can’t go three and out, will have to convert some fourth downs, and can’t settle for field goals.  The game in Mexico City last year was a perfect example of how not to beat them.  We had a big play to Ekeler and then bogged down in the red zone.  We should have been up a bunch since we knew they would storm back and that we’d need it.  The second game was irrelevant since at that point I wanted us to lose.  I guess a win would have kept the #1 seed from Kansas City (assuming that Miami had beaten the Patriots), but it’s too much to care what other teams are winning rings if we aren’t.  If the Chargers were going to sneak up on the Chiefs, this seems like it would be the week for it.  Even without fans, they will be in their new stadium.  I expect a better performance from the players, but am not as confident about the coordinators.  Shane has a lot to prove.  They know who Tyrod is and need to plan for that.  It’s great he didn’t turn the ball over and that the Bolts answered with two of their own.  But he has to find a way to be more accurate.  It’s great that he isn’t putting the ball where the opposition can get it, but not if our guy can’t either.  Anyway, I’ll be in front of the TV tomorrow at 4 just like you will, FAITHFUL READER.  Let’s see where Bolting up takes us.
JIC,
RLW 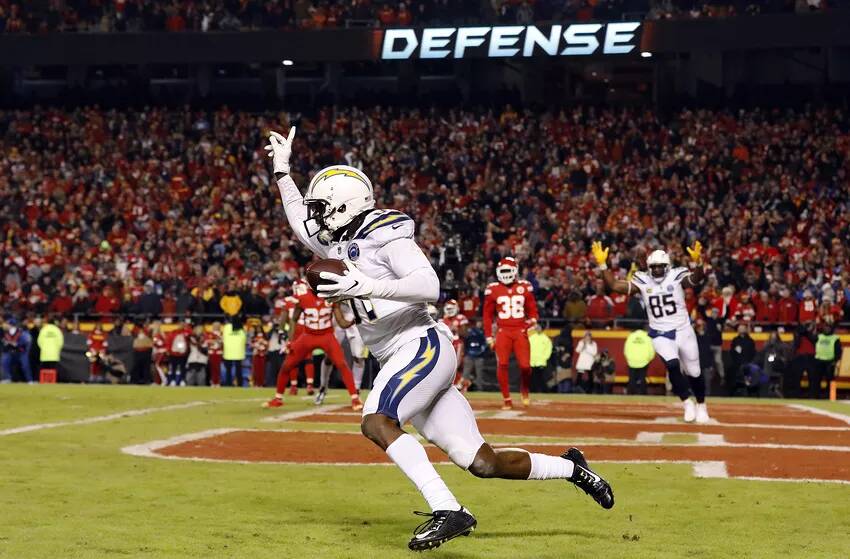