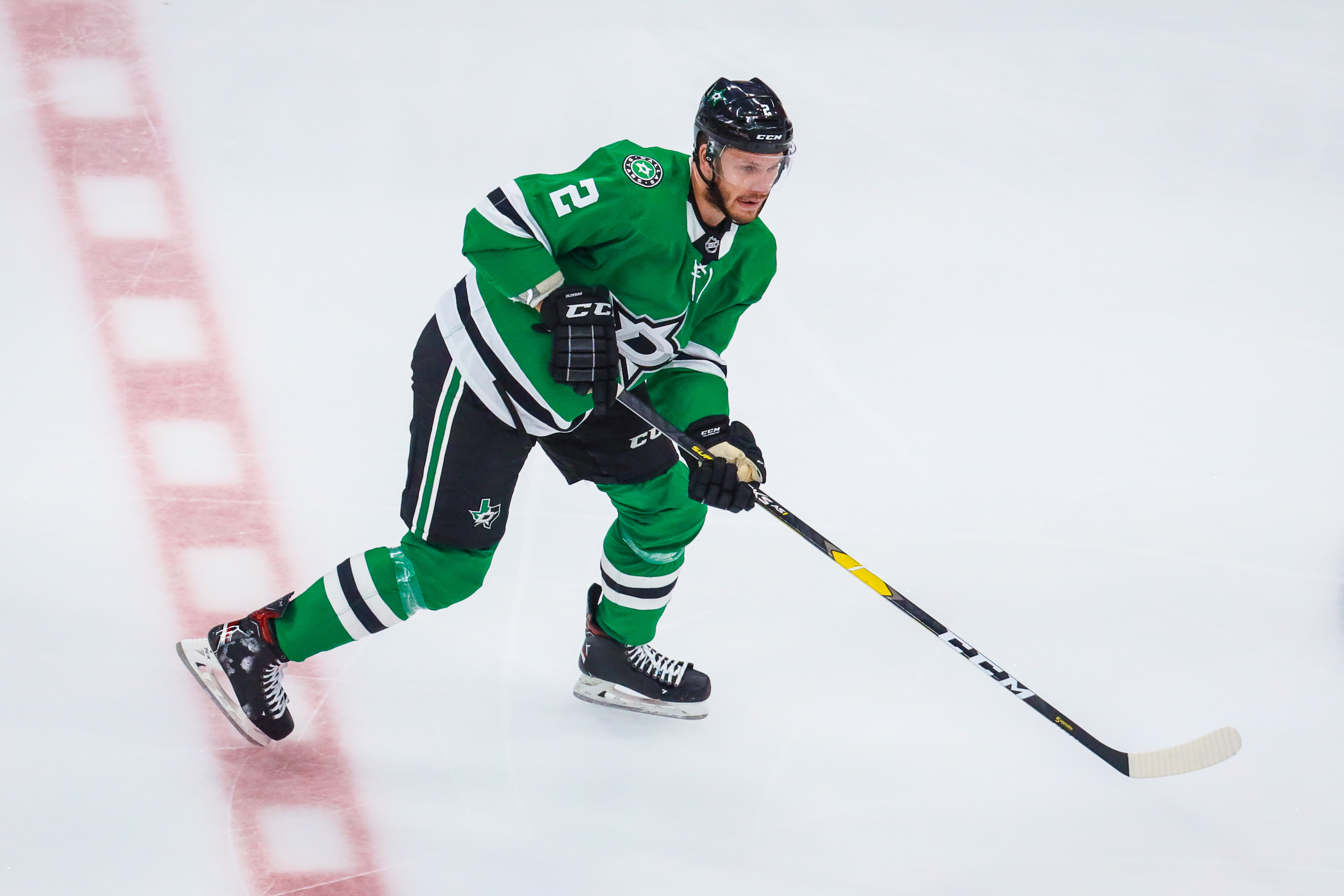 On Saturday, Stars defensemen scored Dallas’s first two goals. Joel Hanley of Keswick, Ontario opened the scoring at 5:40 of the first period. Remarkably, it was Hanley’s first career National Hockey League goal (regular season or playoffs), and it came in game one of the Stanley Cup Finals. Hanley scored from Roope Hintz of Tampere, Finland.

Then at 12:30 of the second period, Jamie Oleksiak of Toronto, Ontario scored the game-winning goal from Alexander Radulov of Nizhny Tagil, Russia, and Miro Heiskanen of Espoo, Finland. Like Oleksiak and Hanley, Heiskanen is a defenseman. Two more Stars blueliners also registered a point on Saturday, as Esa Lindell of Vantaa, Finland, and John Klingberg of Gothenburg, Sweden each notched assists on a second period insurance goal by Joel Kiviranta with only 28 seconds left in the middle frame.

The offense that Heiskanen has been able to provide the Stars in the 2020 Stanley Cup Playoffs has been sensational. He now has five goals and 18 assists for 23 points. Heiskanen’s 18 assists are tied for second among all players in the playoffs to date, while his 23 points are fourth. Nikita Kucherov of the Tampa Bay Lightning currently leads all players with 20 assists and 26 points.

As a unit, the Stars have 15 goals and 43 assists for 58 points in the playoffs to date. It has also been quite the playoffs for Oleksiak. After only getting three goals and seven assists for 10 points in 69 games in the regular season, he already has five goals and three assists for eight points in 22 postseason games. Game two of the Stanley Cup Finals takes place on Monday.