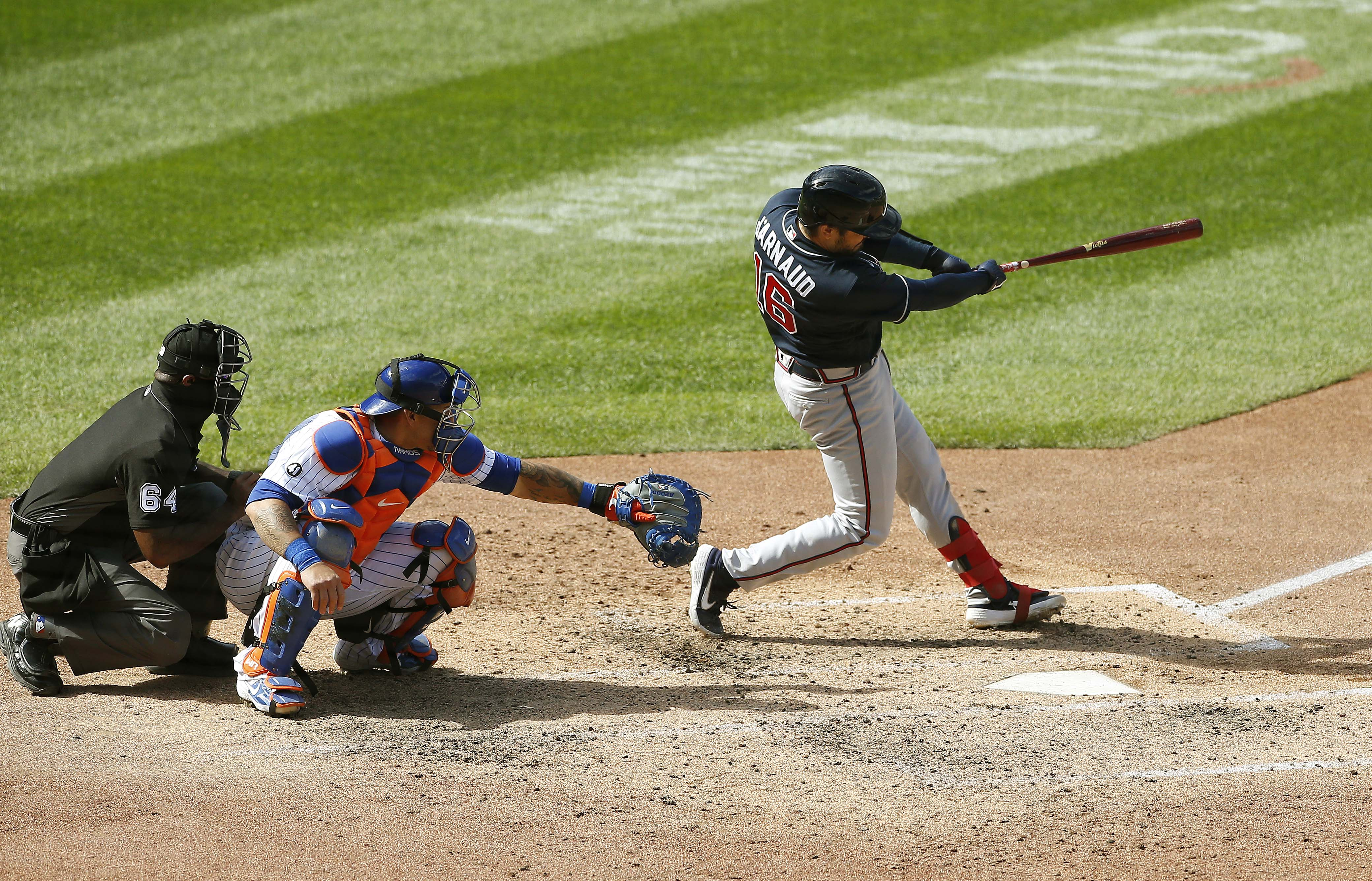 If you rolled up 2020 into a three hour highlight film, it would be Sunday’s loss to the Atlanta Braves.

First off, one hit. One hit while the game was competitive. (I’m not counting the final two hits with a 7-0 deficit when Mark Melancon could have been working on a knuckleball and finished off the Mets.) Rick Porcello pitches his best game of the season in an absolute must win for the team, and deserves a ton of credit for that especially with the season he’s had. He gave up a cheapie to the first row of the stands to Ronald Acuna in the 6th, but that was it in seven innings in which he struck out ten and walked two. And the Mets wasted all of it by getting one goddamned hit off of a guy who in 25 innings this year had a 7.20 ERA and a WHIP of 2.080.

Second, Travis d’Arnaud. Of course, Travis d’Arnaud. Bad enough he was hitting .474 against the Mets this season with an OPS of 1.565, but the Mets made it worse by not walking him and setting up the force play. Yes, Adam Duvall was on deck and there were two outs so I get it. (Duvall does have 11 home runs in September and you certainly don’t want him to hit a grannie off you.) But man, Travis d’Arnaud is just wearing you out and you give him another chance to shove it down your throats?

What am I saying. Of course they do. They let themselves get beat by d’Arnaud again as his double with second and third off Jeurys Familia gave the Braves a 3-0 lead and ended all realistic hopes of a season saving victory. This shouldn’t surprise you. They’re the Mets and they get their analytics from hoodie Kermit. 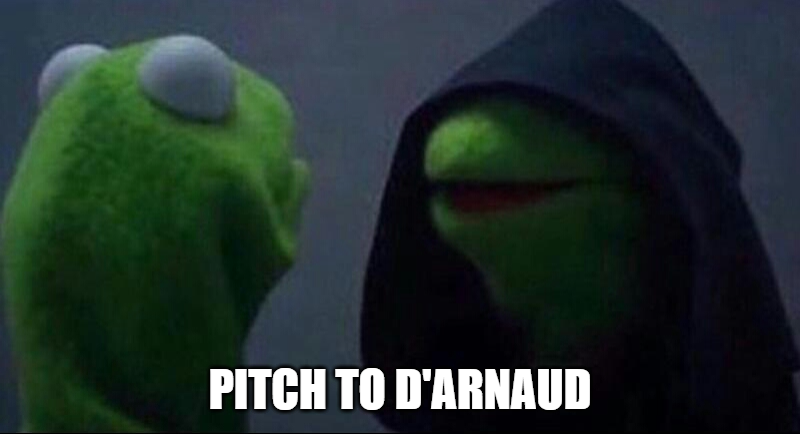 Third, the ninth inning. And the second thing I’m going to think about when I think of the Mets in 2020, because the first thing will undoubtedly d’Arnaud’s million RBI against the Mets. But the second image that will come to my mind is Wilson Ramos excruciatingly missing a swipe tag on a play at the plate. After Chasen Shreve and Robinson Cano bothed a 1-4-3 double play, Ronald Acuna cleared the bases on a three run double which ended . The ball got into Ramos and his arm swung through, coming oh so close to tagging the runner but merely serving as a metaphor for the Mets season where they couldn’t even come close to the third extra playoff spot, thus turning the season into a tire fire.

Not to be outdone, the chop shops beyond the outfield provided an actual tire fire!!!

There’s a fire somewhere behind Citi Field that smells just as bad as it looks. Braves and Mets are playing on. pic.twitter.com/yOvWwwAQ9P

Having exceeded the allowable use of the analogy “tire fire,” the 2020 #Mets now have an actual one across the street at a ballpark neighborhood attraction known as “Missing Witness Chip Shop Row.” From @SNYtv #LGM pic.twitter.com/du1sEMhdY6

Awesome. The third thing I will think about when this is all over. Amidst the backdrops of all backdrops, the 2020 Mets are burnt to a crisp. Take this coming week off because it doesn’t matter. Go watch the Stanley Cup Final or something. This game was the most metaphorical game of the season, and possibly of the last ten years. But just know that this game has likely kicked off a chain of events which will see d’Arnaud become the country’s first ever official overlord while Amharic becomes our new official language.

Or Navajo. Or Icelandic. There are a couple of alternate universes that are still eligible in the multiverse.

Look, I just hope that Travis d’Arnaud isn’t the only successful return to Citi Field in 2020, as rumor has it that Sandy Alderson might come back in some capacity after Freddy departs and Jeffy is shot into the sun. Hopefully that capacity is dispenser of beatings. Jeffy can get the first one. Brodie can get the next one. He can finish off with Martino. That would make me very happy … እንደዚህ ካለው ጨዋታ በኋላም ቢሆን ፡፡