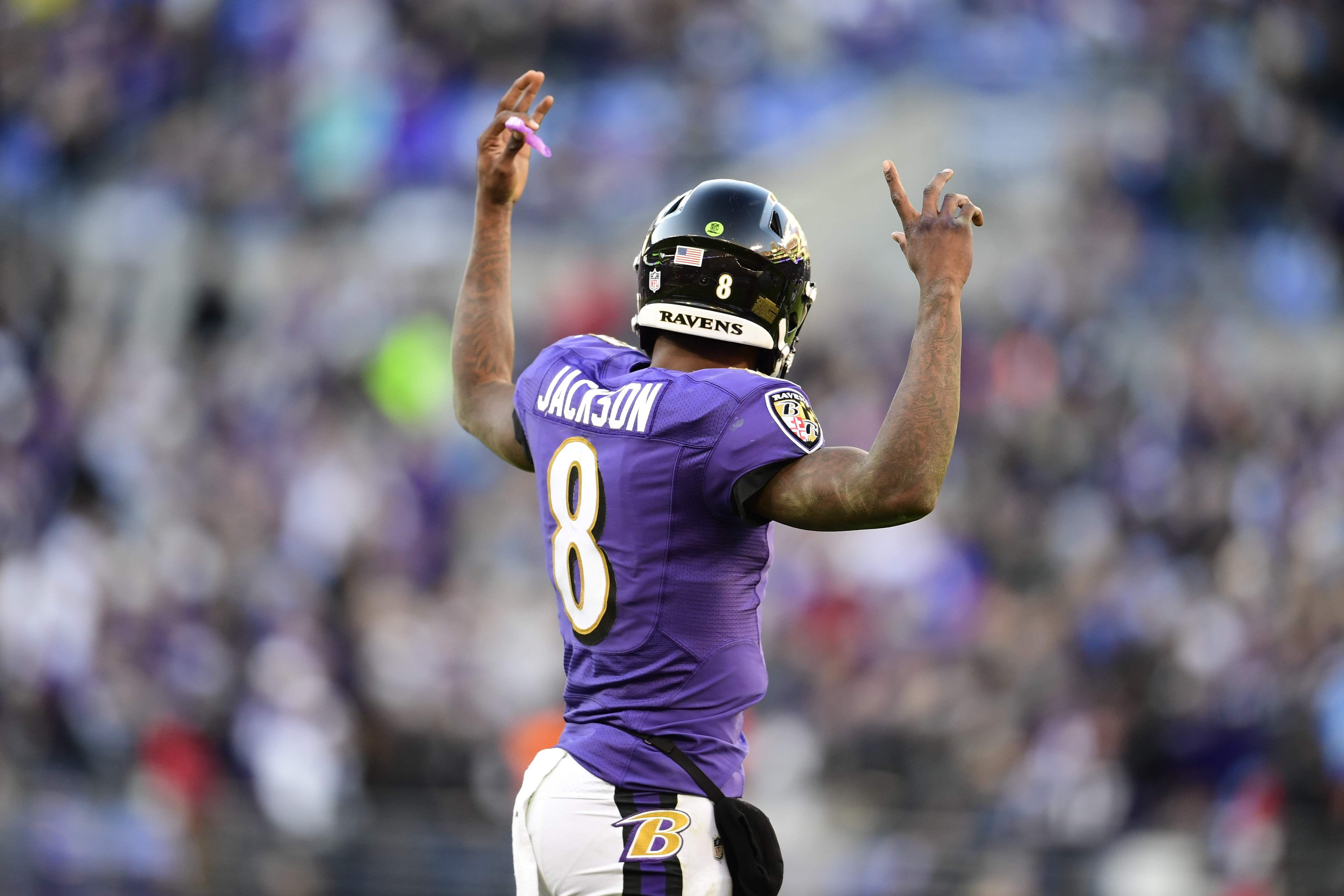 “Watson vs. Lamar” hype became inconsequential… the Ravens defense took over the game and all Lamar Jackson needed was his supporting cast on offense.

The Baltimore Ravens‘ multifaceted rushing attack, which led the NFL last year by nearly 1,000 yards, was slow to get going in the first half against the Houston Texans. No matter. Mark Ingram, quarterback Lamar Jackson and the Ravens pounded away at Houston after halftime and ran away with a 33-16 victory.

“We knew we left some stuff out there,” Ingram said. “We didn’t run the ball much in the first half but I just told the backs to stay on point.”

Jackson threw for 204 yards and a touchdown and had 54 yards rushing as the Ravens gained 230 yards on the ground to Houston’s 51. Ingram ran for a TD and Baltimore added a score on defense.

The victory is Baltimore’s 14th straight in the regular season, the longest streak in the NFL since Carolina won 18 in a row in 2014-15.

“That’s something we’ve been practicing for many weeks now,” coach John Harbaugh said. “We’ve gotten a lot of reps on it. Of course, Mark executed it really well. … That was a turning point in the game. It gave us a little breathing space.”

Ingram punched and roundhouse-kicked a picture of Houston’s mascot on the wall in the end zone to celebrate the score that was the knockout blow.

“We feel like we have the best backfield in the league. We just try to prove that, week in, week out,” Ingram said.

Baltimore had 186 yards rushing in the second half.

“We finished the game strong,” Harbaugh said. “I thought our guys holding onto the ball was a big part of the game.”

The Ravens built a 20-10 halftime lead with the help of a fumble return for a touchdown in the second quarter by L.J. Fort.

Deshaun Watson threw for 275 yards and a touchdown, but also threw an interception and was sacked four times and hit 13 other times for the Texans (0-2), who played their home opener without fans because of the coronavirus pandemic.

“We’ve got to get better,” Houston coach Bill O’Brien said. “We’ve got a long way to go and a short time to do it.”

The Ravens were up 3-0 when Houston went for it on fourth-and-1 from its 34 late in the first quarter. Watson’s pass was incomplete, giving the Ravens a short field.

Four plays later, Jackson found Patrick Ricard for a 1-yard touchdown to extend the lead to 10-0.

The Texans cut the lead to three when Watson connected with Darren Fells on a 10-yard touchdown pass. That score was set up by Brandin Cooks‘ 38-yard reception two plays earlier.

The Ravens added a field goal before Keke Coutee made a short reception and Marlon Humphrey knocked the ball out of his hands. Fort scooped it up and ran 22 yards for a touchdown to make it 20-7 with about five minutes left in the first half.

Houston’s next drive also ended with a turnover when Marcus Peters made a diving interception.

Jackson was sacked twice on Baltimore’s next drive and the Ravens had to punt. The Texans added a field goal as time expired to cut the lead to 20-10 at halftime.

Baltimore added a field goal midway through the third quarter and the Texans cut the lead to 10 with a field goal early in the fourth before Ingram’s score.

INJURIES:: Ravens: CB Tavon Young injured his knee in the first quarter and didn’t return. Harbaugh said after the game that his injury appears to be season-ending.

Texans: FB Cullen Gillaspia left the game in the second half to be evaluated for a concussion and didn’t return.

EJECTED—Houston rookie defensive tackle Ross Blacklock received an unnecessary roughness penalty late in the fourth quarter and was ejected. Watt was asked what he thought of the rookie’s mistake