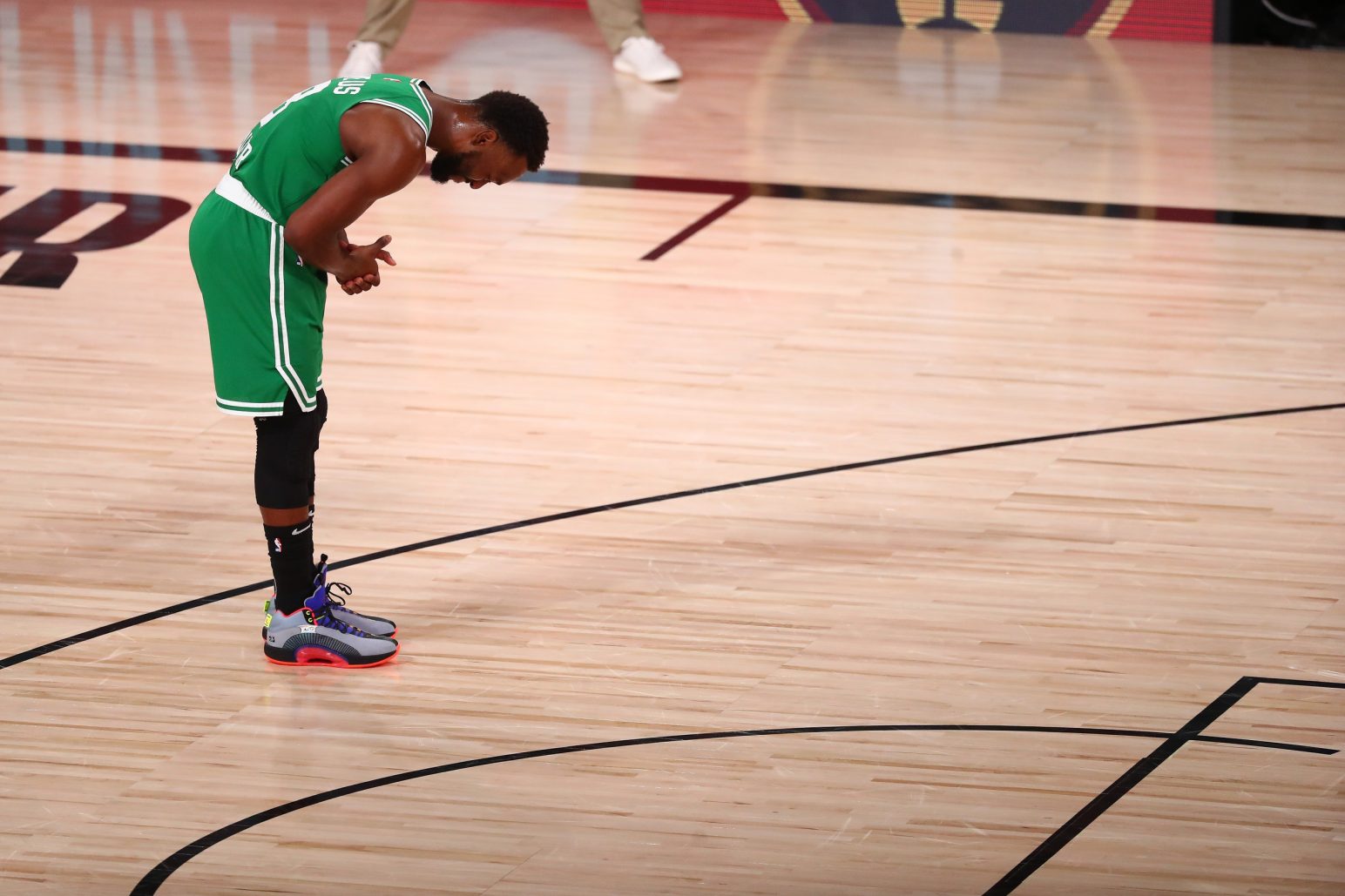 That was not good. Yeah, no, that Celtics loss was extremely, extremely bad…but let’s try to look at it with rationality. Well, some rationality. Whatever I can muster in the wake of Game 4’s demoralizing defeat:

1. The Celtics are almost certainly the better team—and that doesn’t matter, without the right execution.

Red’s Army senior correspondent Mike Dynon made a point worth examining in the wake of the loss:

Celtics actually shot better, made more 3s, and won almost every stat category and still lost because of 19 turnovers and a friggin 20-year-old scored 37 points.

The Celtics indeed won indeed 7 of the 12 statistical categories used in the NBA.com Matchup tab of the box score: total rebounds, offensive boards, defensive boards, assists, blocks, field goal percentage and three-point percentage. Generally, a team significantly better than their opponent, as the Heat believe they are (you would too if you had two total playoff losses), wins those categories. Particularly assists and three-point shooting, in the modern NBA. You wouldn’t believe it with the fawning over Duncan Robinson, Goran Dragic and Tyler Herro, but…Miami shot 27% from deep to Boston’s 35%.

The games lost and won are all that ultimately matters, though, and that’s where the Cs are screwed to the wall. Execution and effort is just not all the way there in the series, even in some of the stretches where they’ve looked dominant. (As many shots as they’re making, they’ve missed so many that they should make, particularly in this game.) How else to explain some of Marcus Smart’s decisions last night, or Tatum’s unenthused first half? Execution was there for Miami, despite the long stretches in which they’ve not been able to hit the broad side of a barn, fallen asleep on defense or been turnover-prone. A fair portion of it is coaching, because, well, Erik Spoelstra is a goddamn genius. Stevens is capable of genius but it’s unclear how well he can sustain it. The point being that this loss is on everyone.

2. The “Tyler Herro Game” didn’t have to happen…yet it did.

Herro shot the damn lights out. 37 points, 66% shooting, etc. I said in my recap that it seemed like he wasn’t being guarded. Not quite true, obviously…but he definitely wasn’t always guarded by the right player. Jaylen Brown should’ve clamped him down the entire game but often was assigned to Jimmy Butler or other bigger wing players (and Miami disrupted that by switching so Kemba had Butler, which…yikes, so fat lot of good it did).

Herro would’ve scored a number of those buckets regardless, but it’s maddening that he was, not infrequently, wide open.

3. The officiating is complicated; it’s not the reason why the Cs are down.

Given that Jimmy Butler has pivoted his play style into “sloppier-looking James Harden” as his shooting range steadily declines, it naturally follows that the Heat rely a lot on getting to the line. Last night the Heat shot 28 free throws as opposed to 21 for the Celtics. That disparity certainly has Celtics fans talking, especially the way the third quarter broke:

Frustrating, especially considering Smart and Jaylen were cited for moves Miami got away with. But while Brothers and his toupee might’ve been rigid as hell against Boston, I wouldn’t say he was kind to Miami, aside from Q3. (If you take it from Heat fans, Brothers was decidedly out to screw their team.) Besides, the Celtics won that quarter. Also, Scott Foster may quite literally tried to help the Celtics late in Q4: How else to explain the Spoelstra challenge that he should’ve won (by the eye test) but didn’t, not to mention several other questionable decisions that benefited the Cs?

This loss cannot be blamed on the refs. Foster disgusts me, and I readily acknowledge Brothers’ rigidity, so trust me I’d say it if it were true.

The Cs racked up 11 of these in the first half, 8 in the second, and the worst thing is they often weren’t in any way caused by Heat defense. This area alone arguably did cause them the game. It all comes back to execution!

5. The zone is a problem, again…sort of?

We’ve talked about Miami’s strict adherence to a 2-3 zone defense starting with the third quarter of Game 1. Spoelstra had the Heat stick to it even when the Celtics devastated it in Game 3. He’s probably demanding this because it’s the scheme he’s decided on and that’s that…but it’s worked more often than it hasn’t.

By one view, Boston got good shots in spite of it last night and just missed. You can also say that Stevens shouldn’t have just told the Cs to constantly drive, but drill it into their heads every timeout when it became clear Kemba was the only one doing that as consistently as was necessary. He failed multiple times to call timeout when it would’ve been a godsend to do so.

Stevens absolutely shouldn’t be fired—saying it again for people in the back—but it’s hard to say he’s not he’s getting outcoached by Spoelstra. He needs to take more risks, and the squad has to turn its jets hotter than ever, if the Celtics hope to make a comeback.