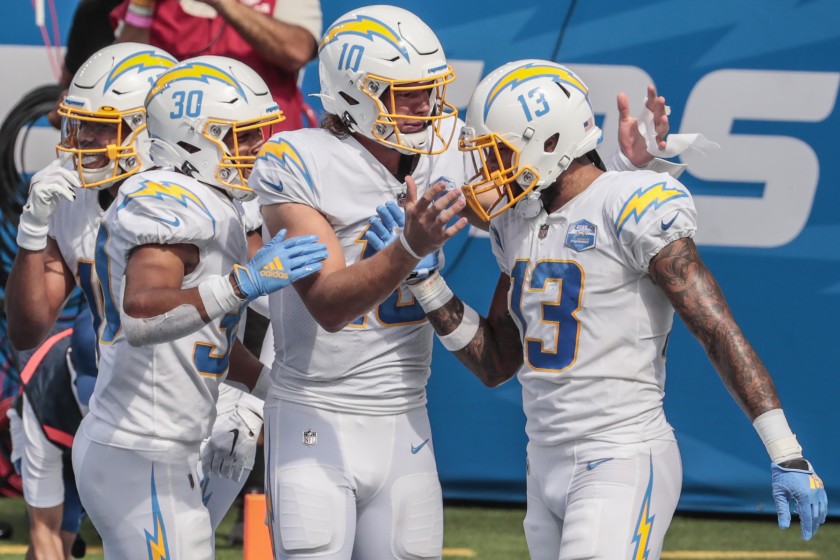 On the bright side, at least people are talking about the Chargers.  When I tuned in last Sunday, I had no idea what was in store.  When Herbert was announced as the starter, Romo and Nantz began singing Lynn’s praises for keeping it a secret all week.  It made sense for a second, the Chargers needed to be aggressive to take out the Chiefs.  Wouldn’t it make sense to shock them right before kickoff?  Now that know it really was a last second decision, you have to wonder why the Chargers never try something like that.  I don’t need to recap the game for you, FAITHFUL READER, you watched it too.  Herbert took a big hit on his touchdown and a flag clearly could have been thrown.  The hit on the sidelines was even bigger.  Within minutes, my phone was blowing up with people asking me when they decided to put him in.  Obviously, there is a draw with a promising young quarterback that can’t be denied.  As long as he continues to impress, and there is no doubt there will be some setbacks, people will pay attention to the Chargers.
The narrative that the Chargers choked and Lynn turtled may not really apply.  We knew the Chiefs would make at least one surge.  They came back in every playoff game last year.  The interception was obviously huge because he clearly could have run for a first and we would have most likely gone up by at least 11 points.  Sadly, Rivers would probably have made multiple mistakes like that if he was starting.  On the 3rd and 20, it didn’t seem like the Chargers were in a prevent.  Bradley blitzed which is why there was no one staying home.  Sure, Hill could have gotten a flag for taking off his helmet.  If that had happened, the insane throw for the two-point conversion would never have happened.  I know Lynn talked about letting this defense win games.  Of course, that was over the summer and before Derwin got hurt.  You could argue that for a second straight week, they let the opposition march down the field.  But just as the Chargers could have run out the clock in Cincy, the offense bogged down when it could have put the hammer down.
On first and goal from the 4, they ran twice and threw once.  Kelley had been really getting good yards, so I understand giving him the ball on 1st.  The play to Ekeler was apparently his fault since he went the wrong way.  Lynn made it seem like it was Herbert’s doing.  As for the 4th down in overtime, I didn’t really think about it while it was happening.  I forgot that KC would only need a field goal to win.  It’s strange that with all the grilling of Lynn the next day, no one asked him why he went for 2 in 2018 in KC and wouldn’t go Sunday.  I do like that the Chargers have been running up to the line on short-yardage downs to try and be more aggressive.  They blew two 4th and 1s the week before against the Bengals, so I wonder if that went through Lynn’s mind.  He apparently gets real time analytics in his headset according to Monday’s press conference.
Of course, Monday was when the shit show really began.  Losing was bad enough, but it felt like the one bright spot we had to hold onto was being taken away by Lynn with his “backup for a reason” comment.  At least it allowed me to coin the #Lynnsanity hashtag.

Now, I understand why he was so deferential to Taylor.  You could tell in the press conference that as soon as the pain killing injection was mentioned that he got squeamish.  Lynn is not about being polished and it seems like the players respond to that.  I still don’t know if he’s a good coach.  His in-game decisions are still suspect.  I can’t remember the last Charger coach I didn’t say that about.  It would be Bobby Ross, I guess.  I don’t think anyone was that upset with the idea of Herbert sitting, especially with no preseason.  But the idea that Lynn felt he hadn’t accomplished what Taylor had or that Herbert wasn’t reliable seemed extreme.  I’ll give him the benefit of the doubt with the all the controversy over the medical staff, but I’m not convinced that Lynn wouldn’t have said a lot of the same stuff.  I don’t know if he’d have been quite as adamant about it, but he sees things in Tyrod Taylor that no one else does.  I know that he’s a big presence in the locker room, especially with all the social justice protests this summer.  Now that we know that Taylor initially cracked his ribs during the opener, I am also surprised that no one has suggested that all the sailing passes might have been a result of it. 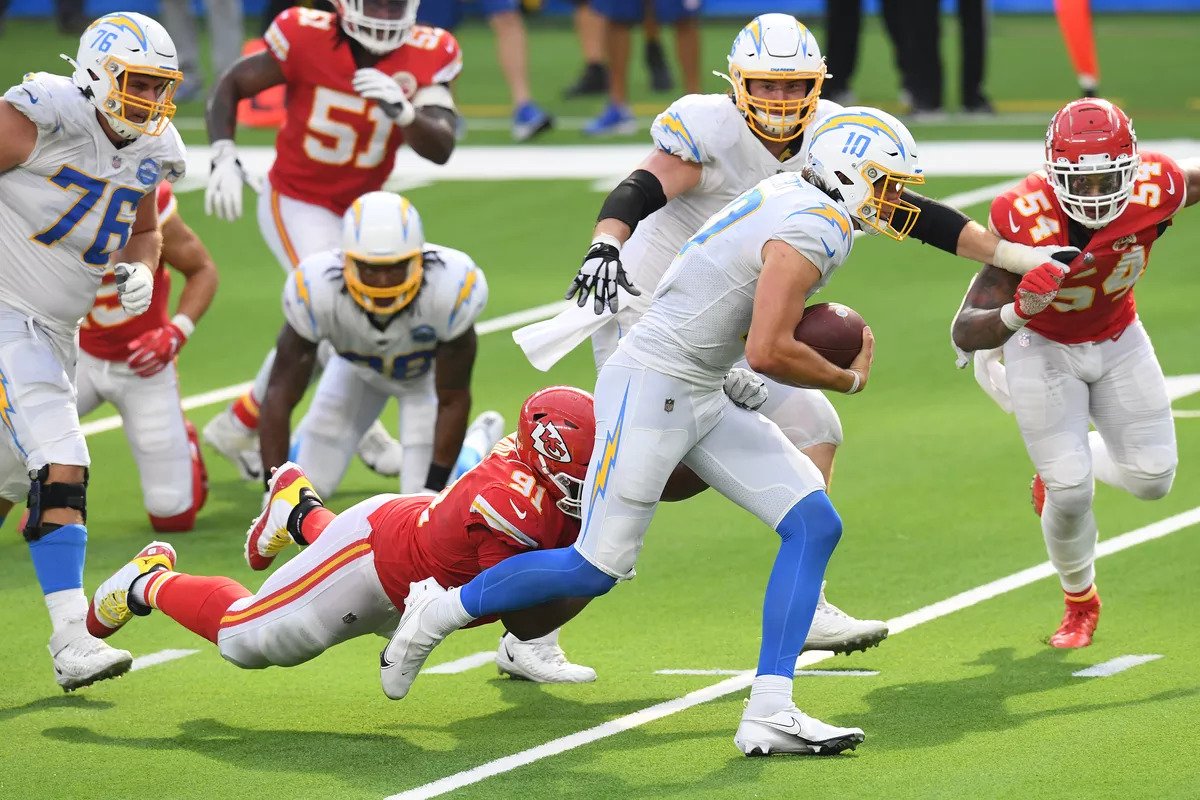 Losing that game still hurts, but we can only hope that this team learns from it.  In 2018, I was very skeptical when they were 2 and 2.  It seemed like their two losses against KC and the Rams really showed how far they had to go.  But they never lost two in a row and really found chemistry in London, Seattle, Pittsburgh and KC.  I don’t know if they have it in them, but we’ll soon find out.  I saw Daniel Popper suggest that Telesco has less job security than Lynn, which I found odd.  The injuries have been brutal, but guys like Lamp, Tillery, and Feeney have really stepped up.  Ingram showed up on the

injury report today as his ankle is apparently hurting.  I couldn’t believe he came back into the game Sunday, as he was noticeably limping.  He’s is one tough motherfucker.  I’ve sold him short a few times.  Sunday is a game that this team absolutely needs to win if they plan to do anything this year.  The Raiders beat the Saints and we can’t expect the Broncos to keep losing.  We went winless in the AFC West last year and while this isn’t a divisional game, it’s a momentum changer.  Without McCaffrey and coming off a loss, the Chargers have to win this game.  Obviously, all the focus will be on Herbert.  But Ekeler and Kelley have been great and we need to keep leaning on them.  Justin Jackson will supposedly play, but I don’t know what to expect from him.  The one thing I don’t expect is him to be healthy.  I guess the one thing I want most of all is to avoid the usual “stubbing our toe” loss.  These are the games you look back on when it’s December and you are hoping for all those other teams to lose.  I felt like we had a chance to beat KC last week and we did.  But we lost and that’s all that matters.  The Chargers need to christen their super stadium with a win this week.  Otherwise, they are headed to Tampa with shit spinning out of control.
This year, I’m trying to stay positive.  I didn’t really work on Sunday as I stewed for hours after the loss.  We’ll see how it goes on Sunday.  Bolt up or shut up
JIC,
RLW