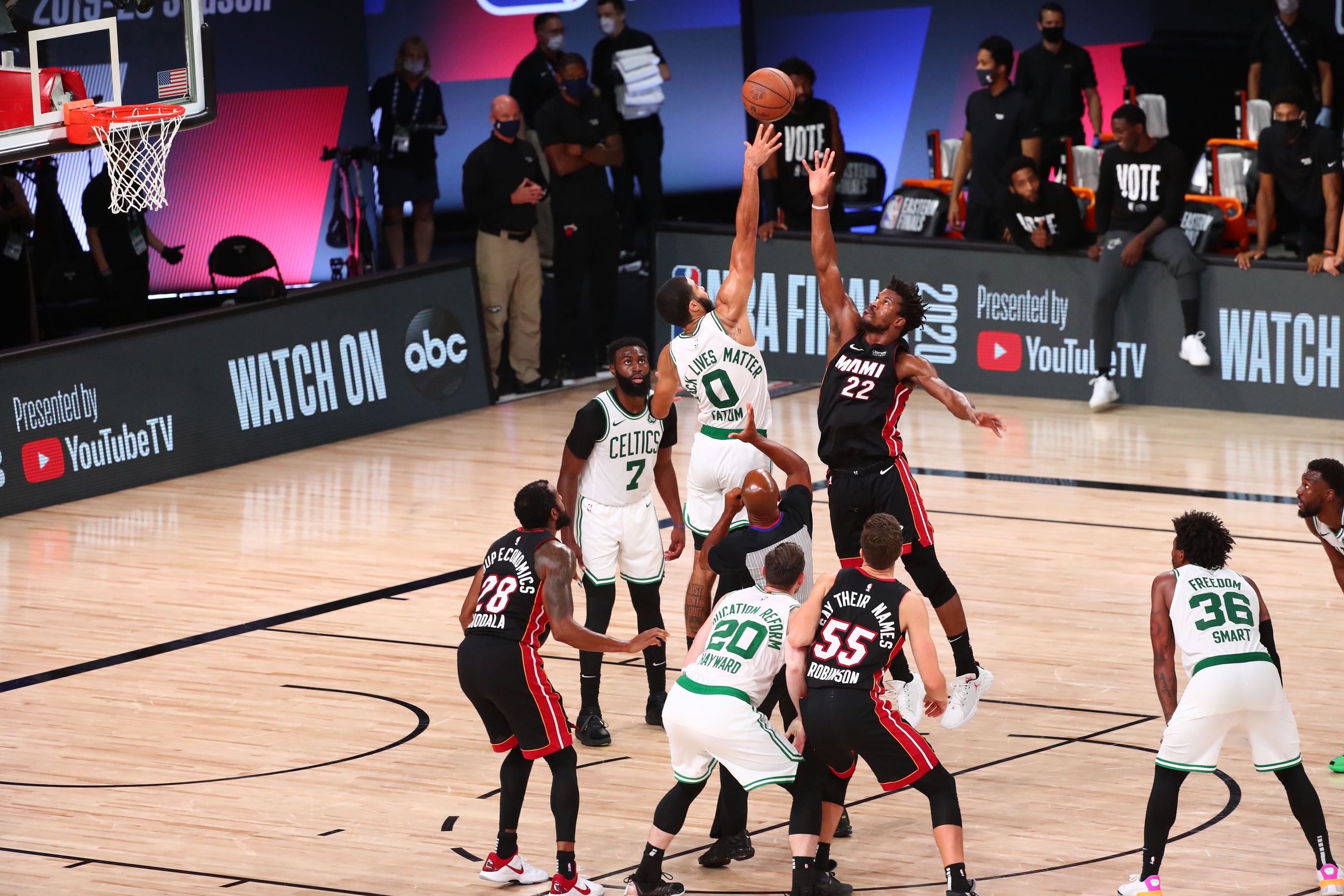 They lacked toughness, even though none of the players who spoke with the media after the game said it was an issue. The most definitive sign of panic for this team is to resort to 3-pointers. The Celtics took 14 in the final period, missing 12.

Jayson Tatum, as brilliant as he is for 22 years old, couldn’t come to the rescue. Jaylen Brown, as usual, didn’t get enough shots. Kemba Walker, exposed in this series for his defensive deficiencies, missed five 3-pointers in the final period. The collapse was thunderous. The Celtics ran out of counter moves.

But who saw this coming? The road to the Finals was supposed to be clear after the Celtics beat the defending champion Toronto Raptors in seven games. But the Celtics had definitive weaknesses that were revealed by masterful Heat coach Erik Spoelstra, although what’s most disappointing is that the Celtics were out-worked and out-gritted in all four losses.

Gary Washburn hit the nail on the head with his analysis of the Celtics problems versus the Heat. Reading it this morning brought back all the anger and frustration (Yes, upon a sober re-evaluation, I’m retracting my support for a trade involving Kemba Walker and Gordon Hayward for Duncan Robinson) from the Game 6 loss.

But as John Karalis reminds us, this playoff run was gravy:

Maybe the biggest accomplishment of this year’s Boston Celtics is making some of you mad. That means they completely washed away the stink of last year’s mess of a team and made you believe in them.

Under the microscope of the moment, it feels like the Celtics blew a golden opportunity. After all, trips to the Finals don’t come around very often. But zooming out, we have to remember the Celtics came into this season as the least experienced team in the NBA. Their average age is 24.3, a tick younger than the rebuilding Atlanta Hawks and New Orleans Pelicans.

The roster was also built under duress, after the sudden departures of Kyrie Irving and Al Horford…. This team wasn’t the plan.

While I’m feeling optimistic, I will say there’s a lot of pressure on Danny Ainge to find the right pieces. I’m 99% certain the Celtics best five players (Tatum, Brown, Kemba, Smart, and Hayward) will be returning for one more reason.

The bench is a sh*t show. The Celtics need a veteran (not named Kanter) to provide steady contributions. They also need a one-dimensional knock-down three-pointer shooter. And, if the Heat are here to stay, they need someone to help contain Bam Adebayo.

On Page 2, Gordon’s ankle was still messed up.

Gordon Hayward was supposed to make a difference but he was hardly 100 percent, and that affected the Celtics’ approach. According to an NBA source, Hayward sustained nerve and retinaculum damage in that sprained ankle and he could barely jump. He needed about two-plus more weeks of rehab that the Celtics just didn’t have. So he played on one leg.

I’m convinced Hayward and his abilities to create and knock-down shots are the perfect fit for this team. But, I’m also concerned that the injuries will never let us enjoy it all.

He’s going to be back next season at $34 million. We can only pray he stays healthy.

NBC: Season ends sooner than expected, but this time it feels different | Examining every contract for 2021