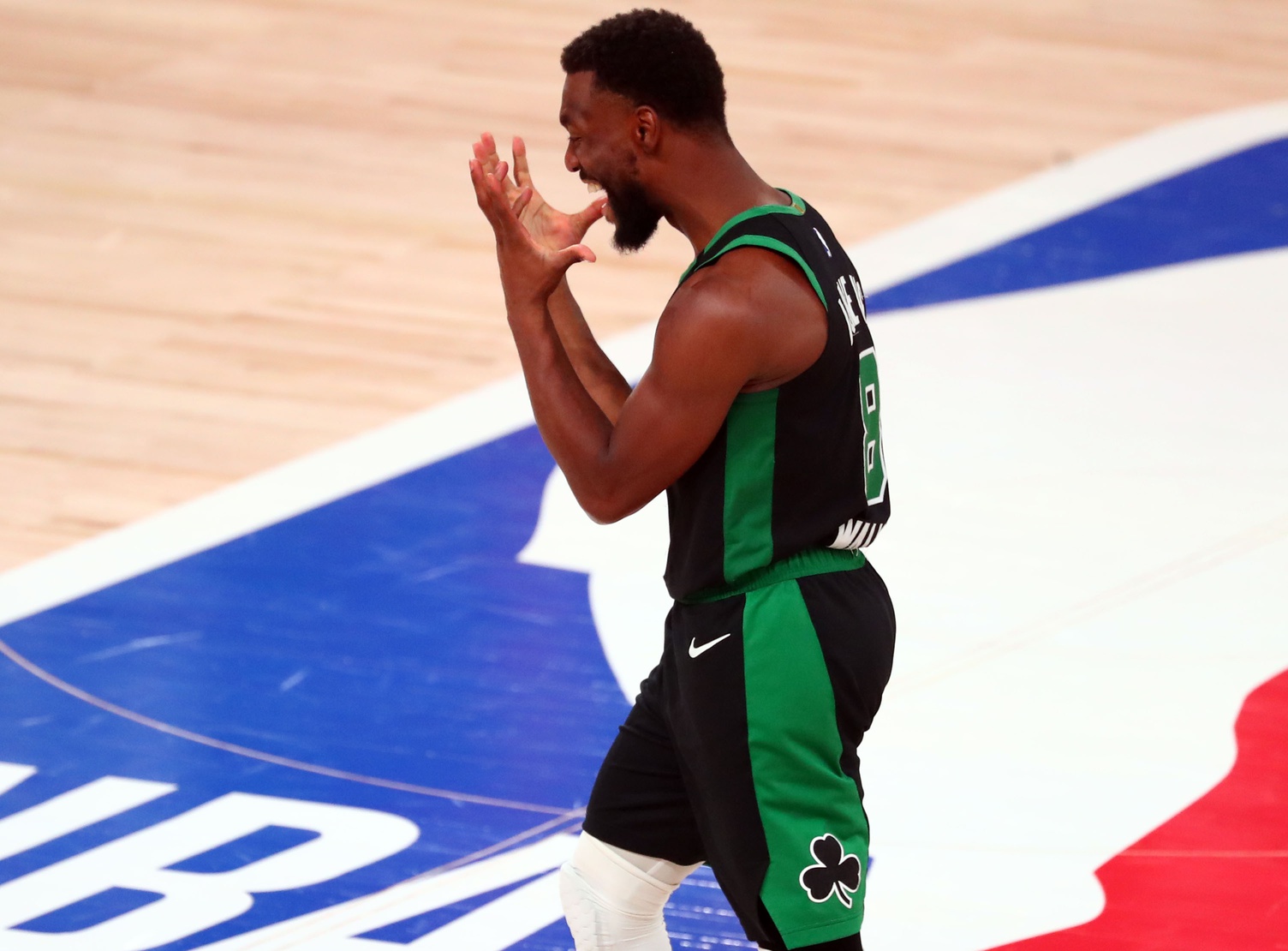 I don’t think it’s a hot take to say Kemba Walker struggled in the playoffs. While his 44% FG bested his regular-season shooting (42%), Walker woefully underperformed from three (31% vs 38%).

We saw the box-and-1 from Toronto and plenty of zone from the Heat. As Kemba admitted, the playoffs are a different animal and this was far from anything he faced in Charlotte:

“I learned a lot. I learned a lot. Just the intensity of the playoffs. Every possession just matters so much. From game to game, things switch from game to game. Adjustments. Every game is just different. Biggest regrets, I don’t have any. I don’t have any, man. I thought we fought hard. A lot of credit to Miami. Those guys are really good. A lot of credit to my teammates. I thought we fought hard. Like I said, that’s all you can ask for. I have a lot of respect for the guys that I play with.”

I’m not sure anyone but Kemba knows for certain if the knee was problematic in the bubble. There wasn’t an obvious limp or lack of lift to my untrained eye.

What I can say definitively is that Kemba rarely managed to carry the team offensively, for long or short bursts. We saw his trademark supernova burst in Game 3 vs Toronto: 17 points in the 1st quarter. But that was it. I realize the defense tightens in the playoffs, but Tyler Herro and, gulp, Duncan Robinson had bigger moments.

Let’s play a little game. Here are playoff averages for Celtics point guards in four recent post-seasons. Can you guess the player with the stat line?

Look, I’m glad Kemba is here. He’s a great player with a great attitude who is willing to sacrifice some of his game for the betterment of the team (and Jayson Tatum and Jaylen Brown’s growth). But he’s gotta be much better than Terry Rozier in the playoffs. Right?