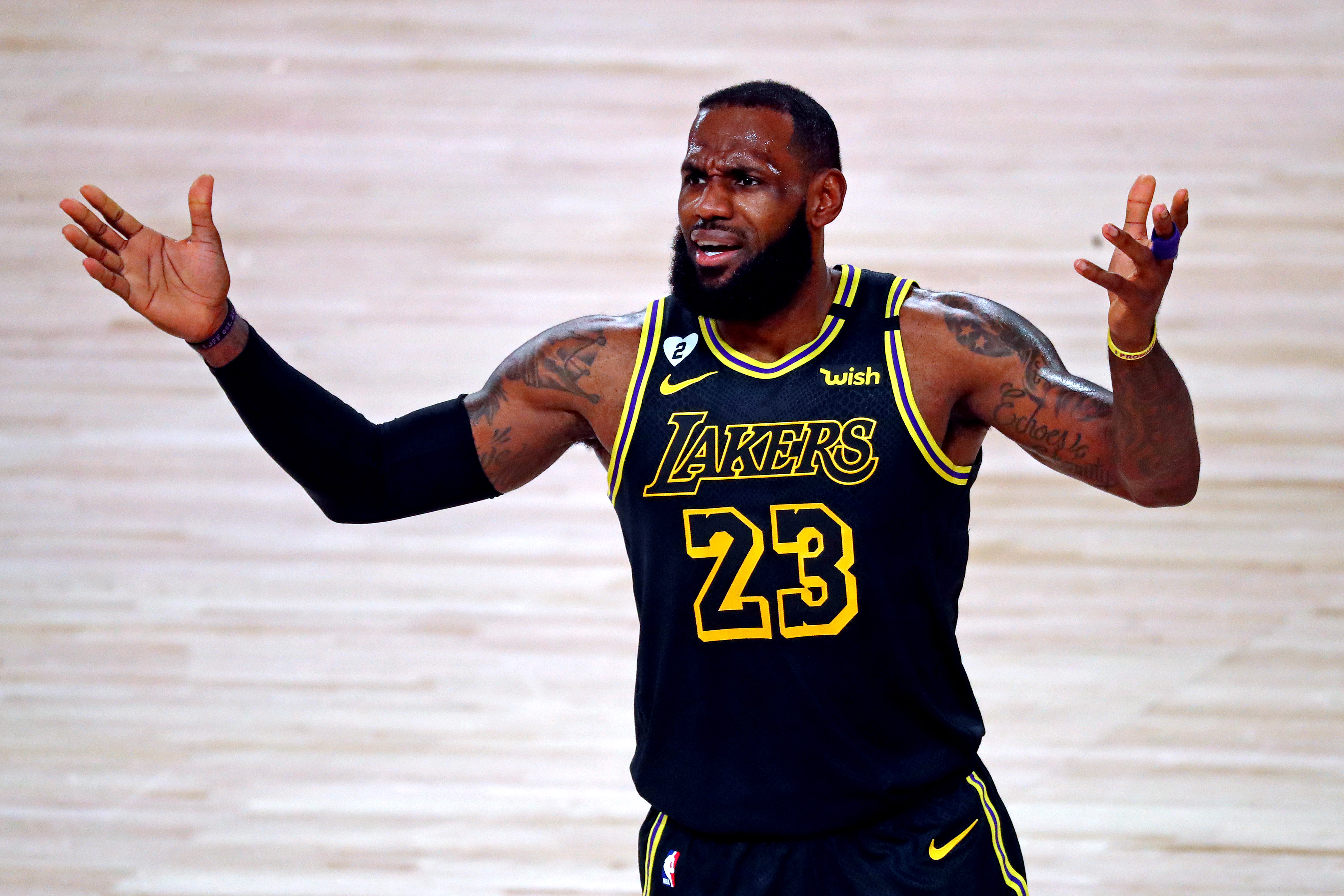 Game one of the 2020 NBA Finals starts Wednesday in Orlando between the Western Conference champion Los Angeles Lakers and Eastern Conference champion Miami Heat. Heading into the finals, two players who are red hot heading into the final series of the season are Los Angeles Lakers forward LeBron James of Akron, Ohio and Miami Heat swingman Andre Iguodala of Springfield, Illinois. In addition to coming into the finals as a multiple NBA Finals champion, James and Iguodala are 35 years old and 36 years old respectively.

James, who is entering the series against the Heat, with a groin ailment, is averaging a remarkable 26.7 points per game, 10.3 rebounds per game, and 8.9 assists per game. In the NBA postseason alone, James has four triple doubles. In the Lakers’ last win, a 117-107 win over the Denver Nuggets in game five of the Western Conference Final on Saturday, James had 38 points, 16 rebounds, and 10 assists. He was by far and away the best Lakers player on the floor. Yes, superstar Anthony Davis had 27 points, but he was a -1, while James was a +12. There is no doubt you could make the argument that James is the best complete active player in the NBA.

James’s 38 points was tied for the most number of points he has had in a single playoff game in the 2020 NBA Playoffs. He also has 38 points in the Lakers’ 116-108 win over the Portland Trail Blazers in game three of the Western Conference first round series on August 22.

Iguodala meanwhile had a remarkable game six for the Heat on Sunday in their 125-113 win over the Boston Celtics in the Eastern Conference Final. Iguodala not only scored at will, as he had 15 points off the bench, but was also an impressive +20.