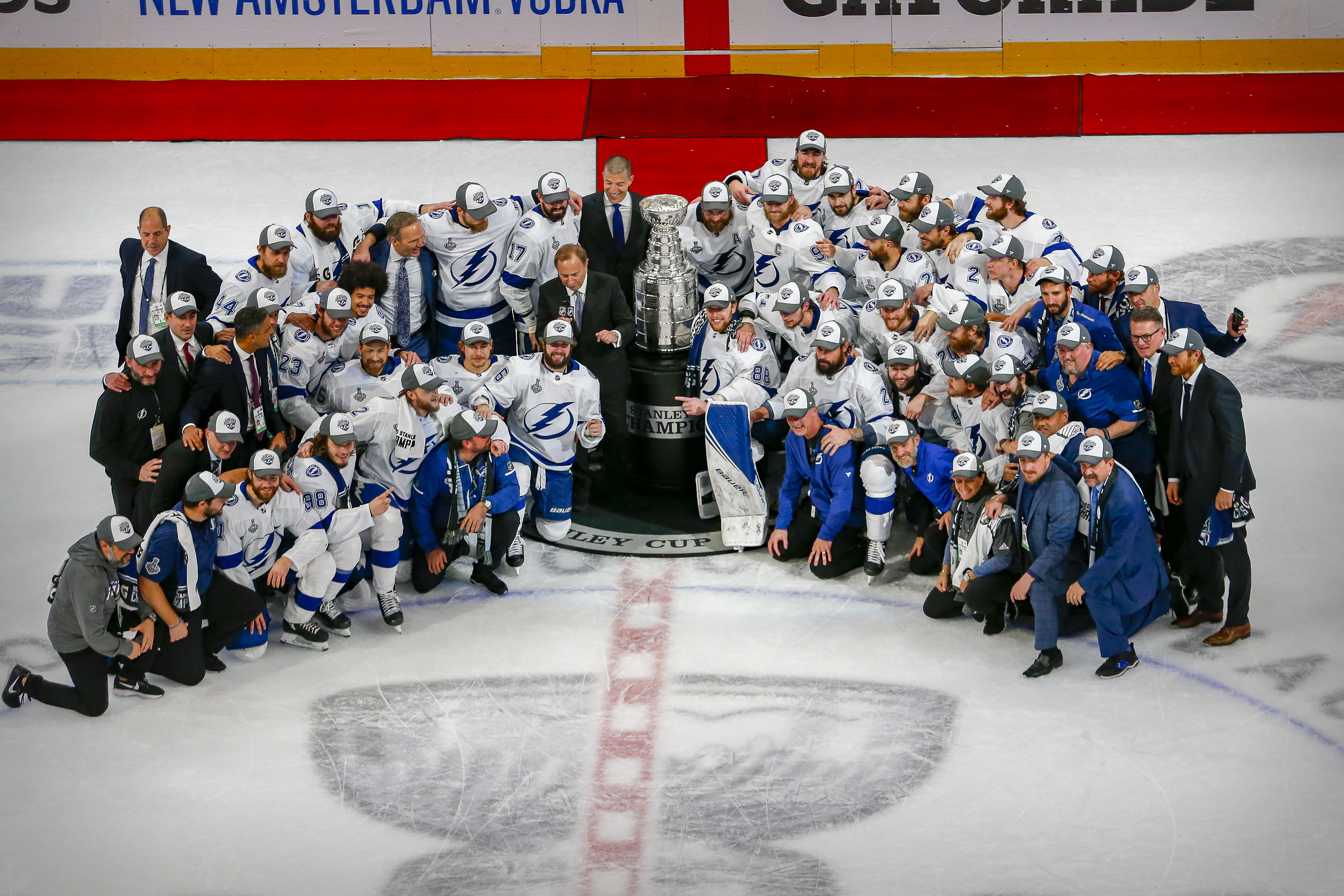 At the time of the year that NHL clubs would normally be winding down their preseason schedule and start whittling down their opening-night rosters for the 2020-21 season, a 2019-2020 Stanley Cup champion was finally crowned. The Tampa Bay Lightning took the title in six games over the Dallas Stars. Victor Hedman was named the Conn Smythe Trophy winner. 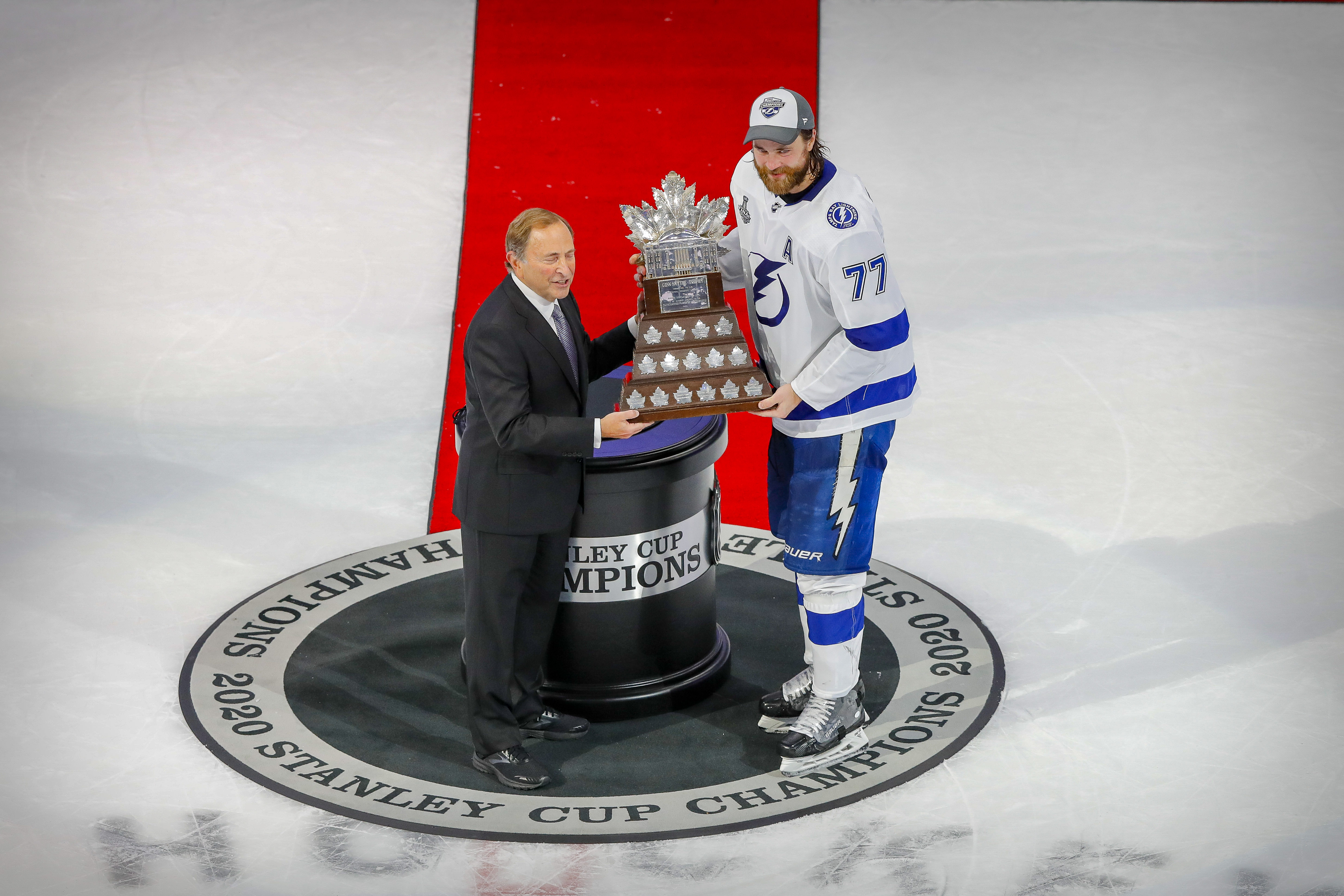 It was a longer road than usual to get there, with plenty of memorable moments.

The three-month celebration that was 51 years in the making came to a close on October 2nd, as the St. Louis Blues raised their first Stanley Cup banner before their season-opening 3-2 overtime loss to the Washington Capitals. The campaign for them to defend their title – and the campaigns of the 30 other teams looking to unseat them – was on. 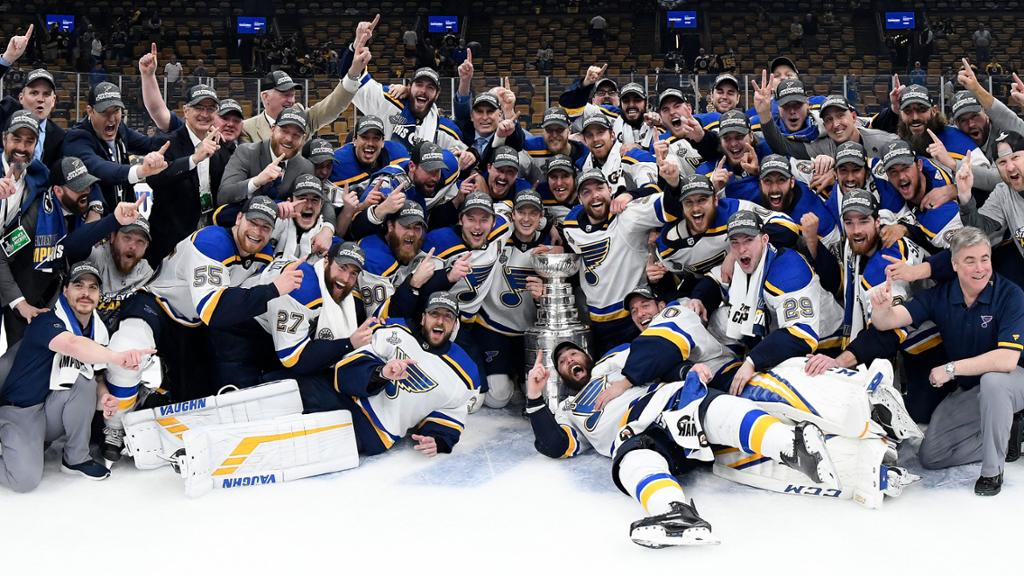 Ovi’s Pursuit of the Great One Continues

If there was any NHL record that seemed unattainable, it was Wayne Gretzky‘s 894 goals. Alex Ovechkin, who turned 35 on September 17th, seems hell-bent on making the impossible the possible before he retires. Ovechkin scored 48 goals in 68 games in 2019-20, placing him, fittingly, 8th on the list with 706 when the regular season came to an abrupt halt, just two behind Mike Gartner. It remains to be seen if losing 13 regular-season games to the pandemic-shortened season causes him to fall short of topping that list when he’s finally ready to hang up his skates. 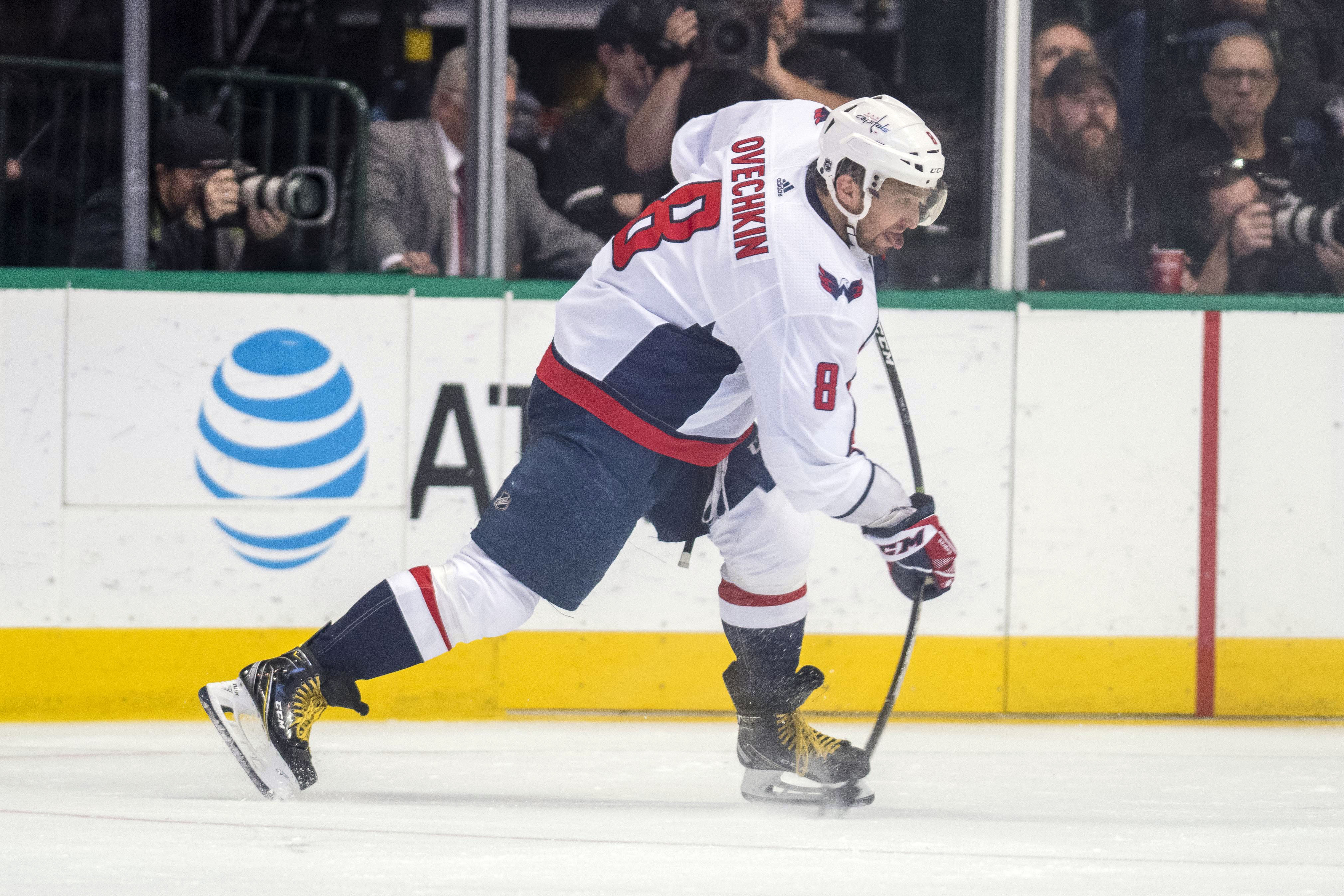 A Canadian team losing on Hockey Night in Canada is never a good thing. It’s even worse when the loss comes at the hands of your 42-year-old practice goaltender who also drives the Zamboni for your AHL team. 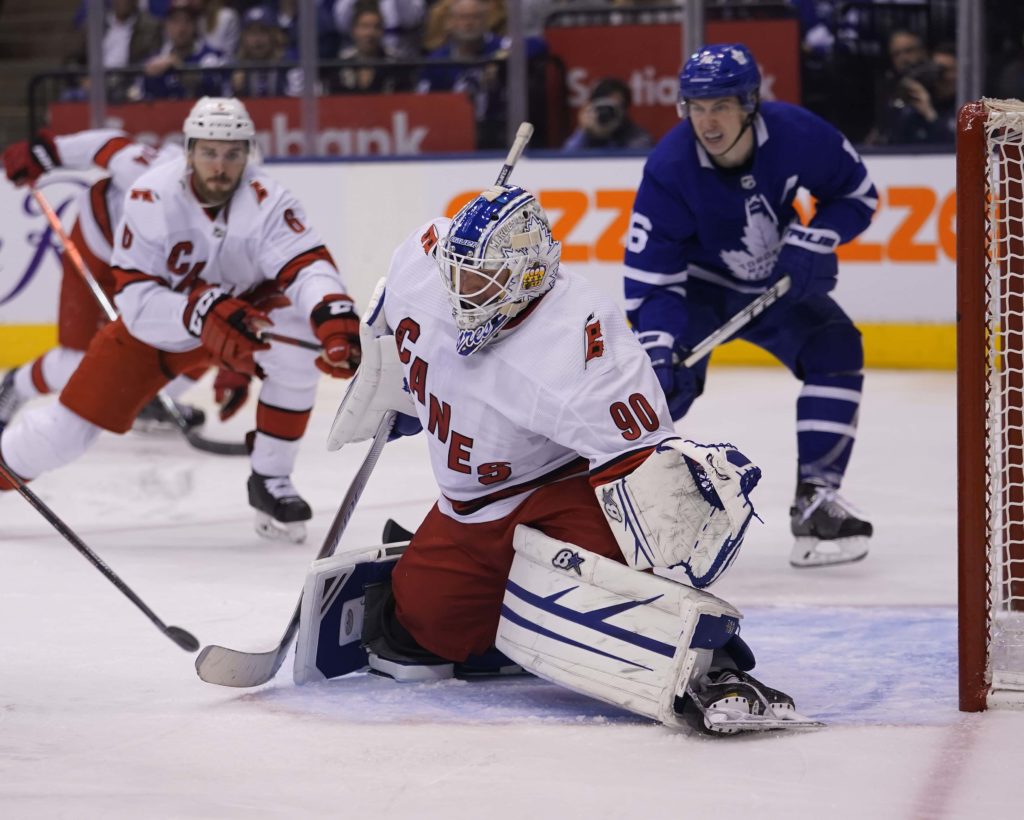 David Ayres was pressed into service for the Carolina Hurricanes after both James Reimer and Peter Mrazek suffered injuries against the Toronto Maple Leafs. It’s not the first time an emergency backup goaltender has been pressed into service, but defeating the team that employed him made him an overnight sensation. Ayres was named an honorary North Carolinian and had his own day in Raleigh. He made appearances on the Today Show and The Late Show with Stephen Colbert. His stick was put on display at the Hockey Hall of Fame. Rather than let the fame go to his head, Ayres, the recipient of a kidney transplant in 2004, used it to bring awareness to and raise funds for kidney disease.

Three national hockey broadcasters spanning both sides of the border became the center of attention in three separate incidents.

Don Cherry has always been known as being flamboyant in both his attire and opinions in his weekly Coach’s Corner segment on Hockey Night In Canada. The 85-year-old Cherry, in this day and age, has been viewed by some as out-of-touch with his “rock-’em, sock-’em” take on the sport, while others still clinging to “old-time hockey” would likely feel different. But in November, during a segment right before Remembrance Day in Canada, he railed against “you people” for loving all that Canada had to offer, but not wearing poppies to honor soldiers that died defending that way of life. It was clear he meant immigrants, and it was a bridge too far. After meeting with Rogers Sportsnet management, Cherry stepped down. 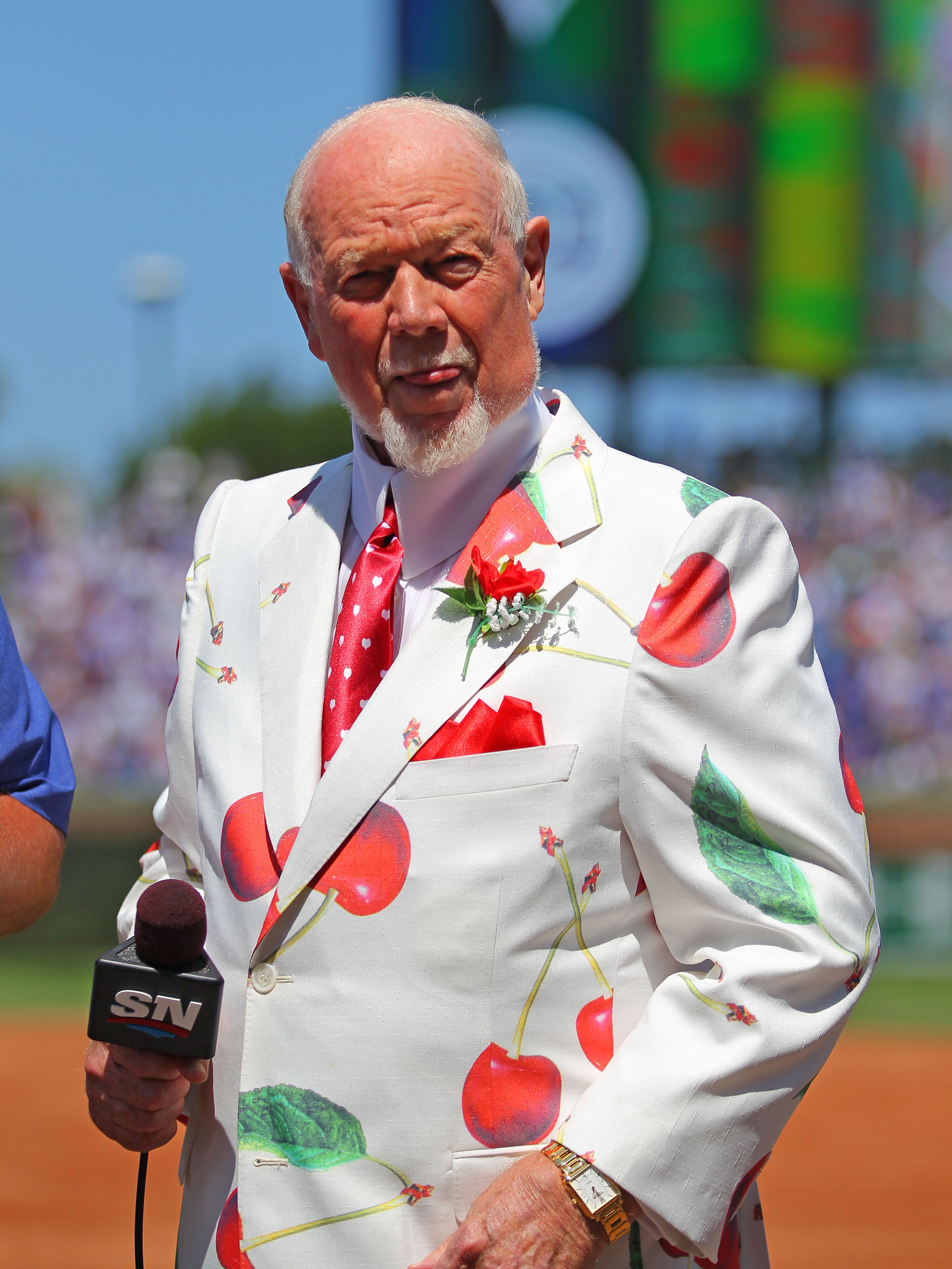 Jeremy Roenick, also known for being outspoken, took things too far when he made inappropriate and crude remarks about his NBCSports colleague Kathryn Tappen on a podcast. NBC Sports suspended the former NHLer in December and fired him in February. In July, Roenick filed a lawsuit against NBC, claiming that his firing was discrimination against heterosexuals. 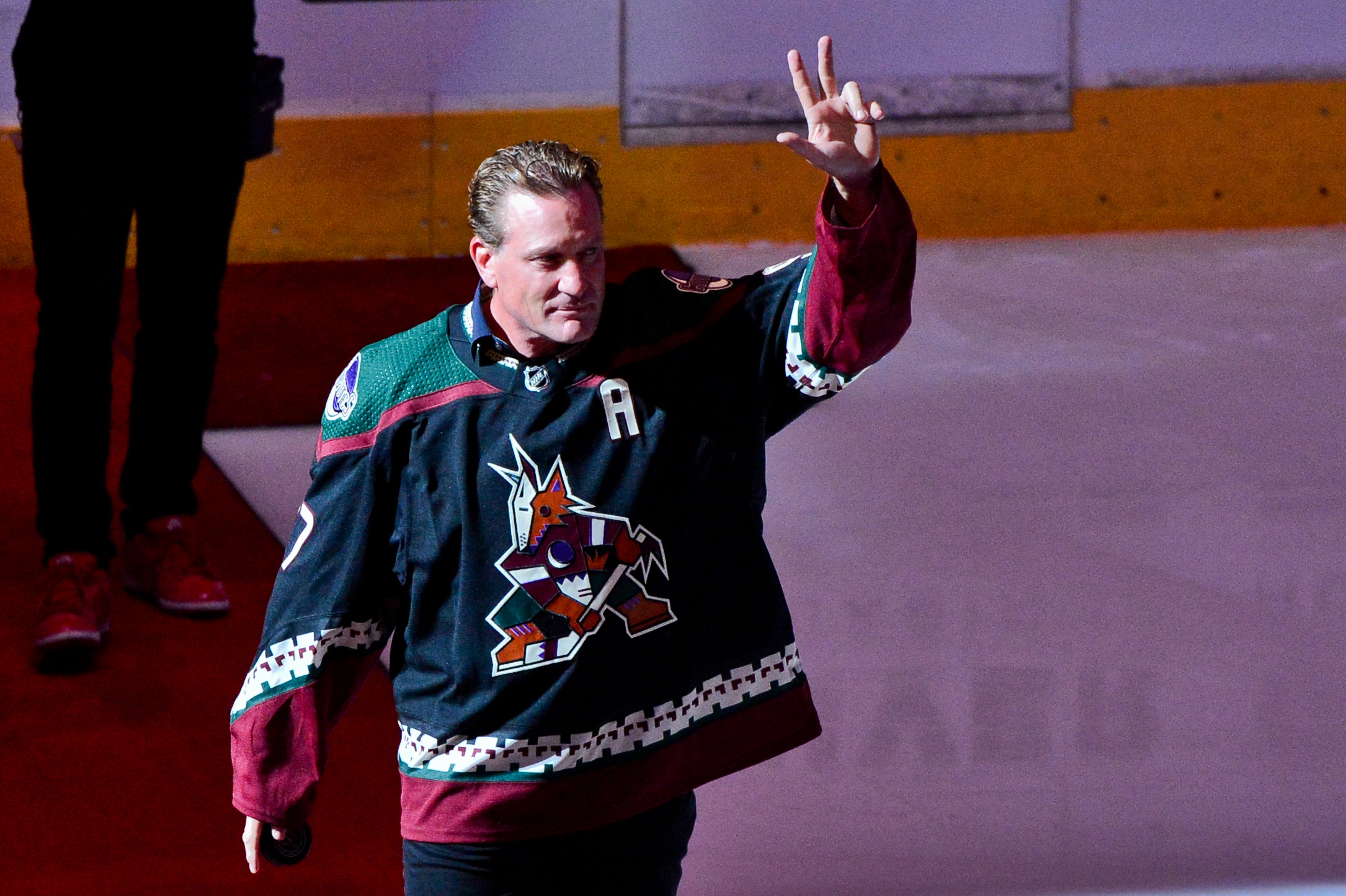 Completing the foot-in-mouth trifecta is Mike Milbury, known as much for beating a fan in the stands at Madison Square Garden with a shoe and running the New York Islanders into the ground as their general manager as he is these days for saying some stupid things. His latest came during the playoffs, insinuating that the players were less distracted in the bubble due to the lack of women. The NHL spoke out against his comment, and Milbury exited the playoffs. He is still employed by NBC. 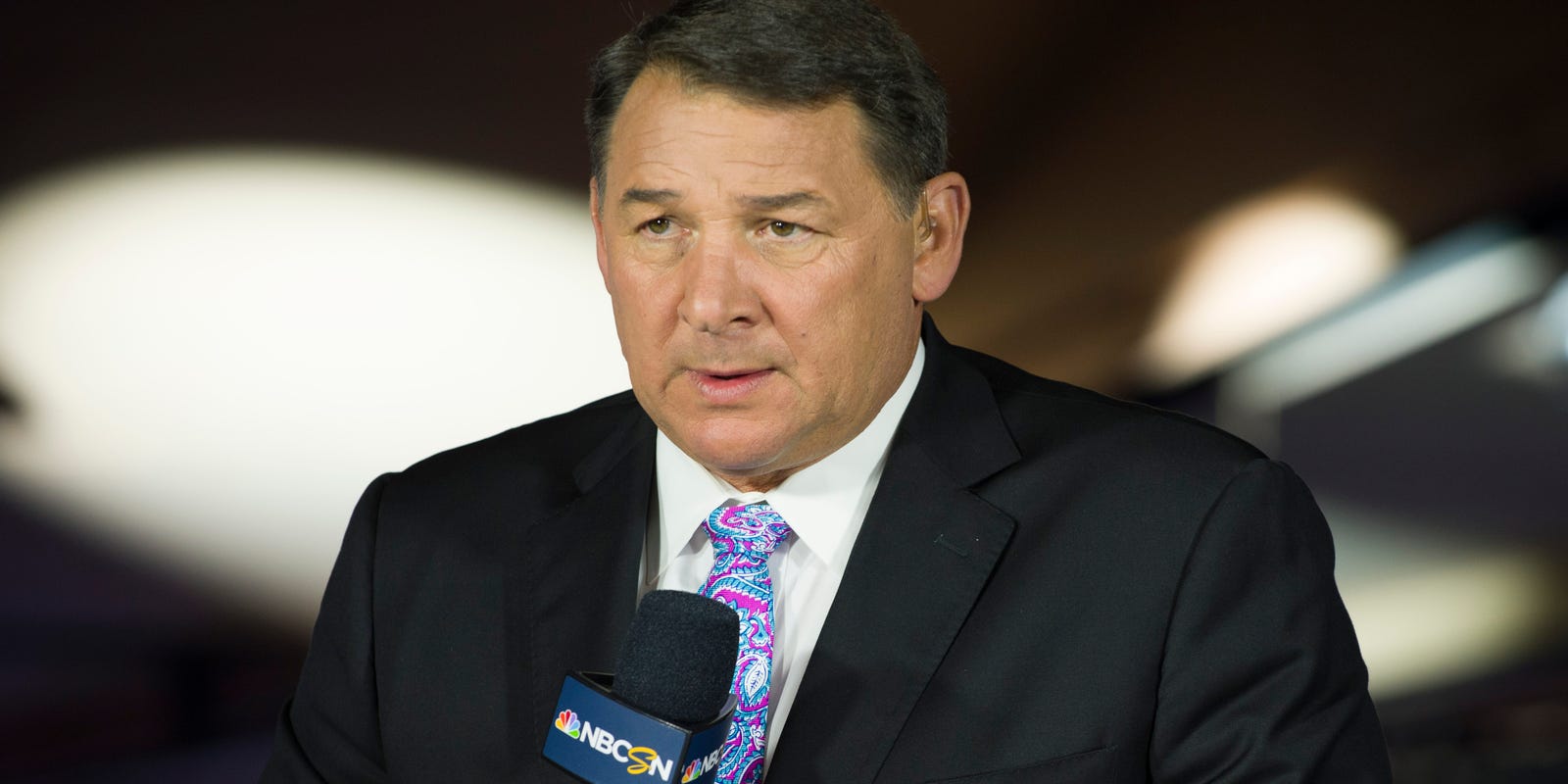 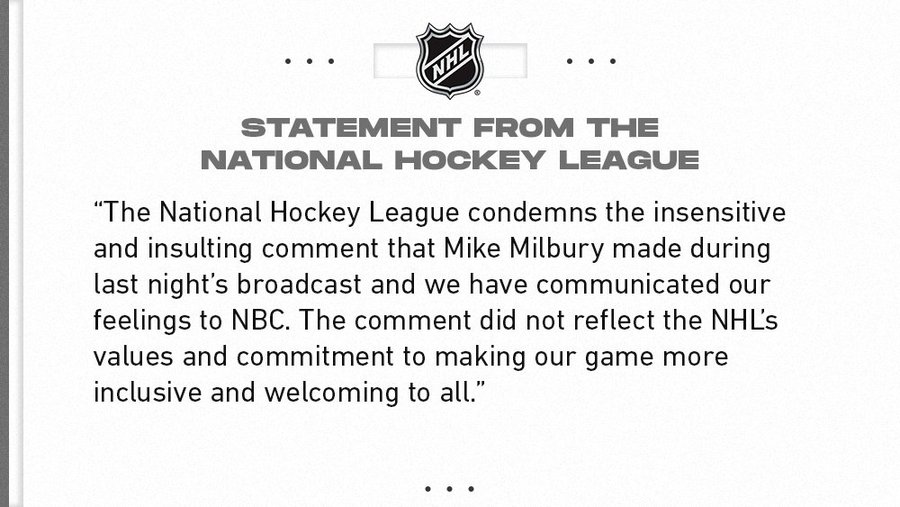 Eight head coaches lost their jobs in the regular season. Todd Reirden was fired after the Washington Capitals lost to the New York Islanders in the playoffs. Most were performance-related and interestingly enough, three of those fired (Peter DeBoer, Peter Laviolette and John Hynes) have already been hired by other teams as head coaches. Reirden was hired as an assistant coach by the Pittsburgh Penguins. Jim Montgomery, let go by the Stars for unprofessional conduct, has been hired as an assistant by the Blues after undergoing treatment for alcohol abuse. 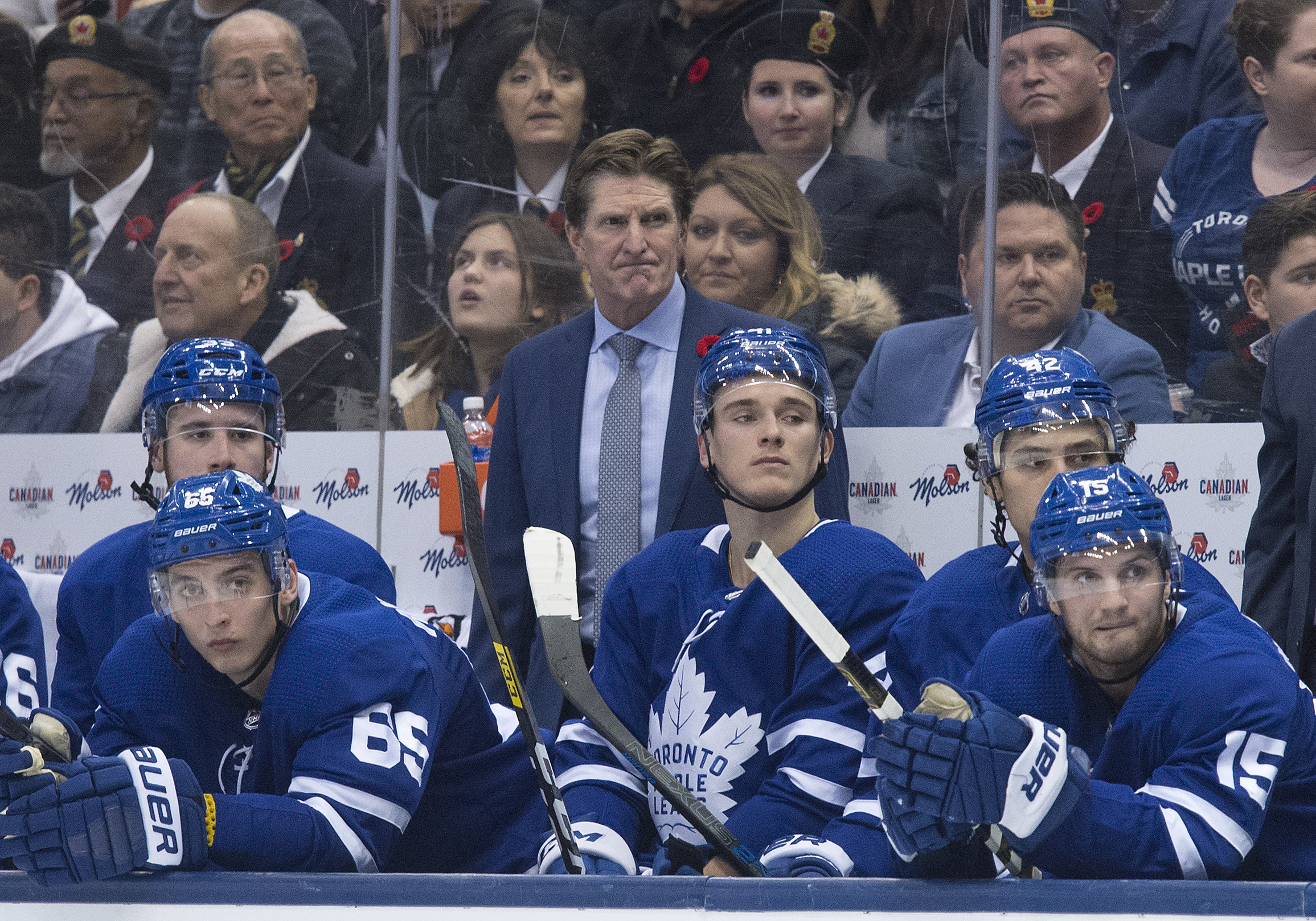 It was the firing of the NHL’s highest-profile head coach that led to a firestorm that cost another head coach his job. When the Maple Leafs relieved Mike Babcock of his duties, the story came out about the terrible position he put Mitch Marner in as a rookie. Former NHLer Akim Aliu revealed that he was not surprised, given the racial abuse he suffered at the hands of Bill Peters, who had once been a protege of Babcock. Aliu’s revelations cost Peters his head coaching job with the Calgary Flames. Peters has since taken a head coaching job in the KHL. 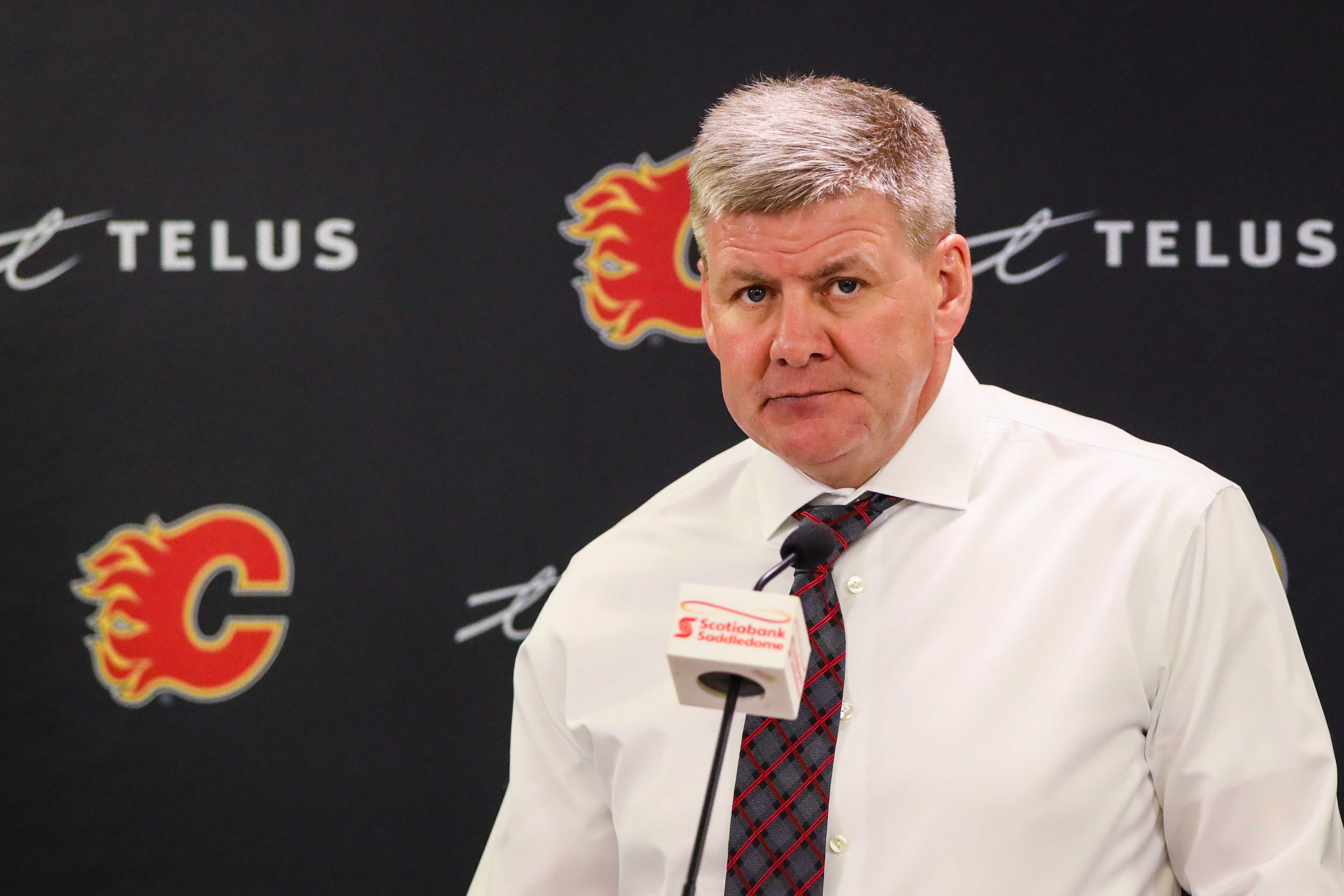