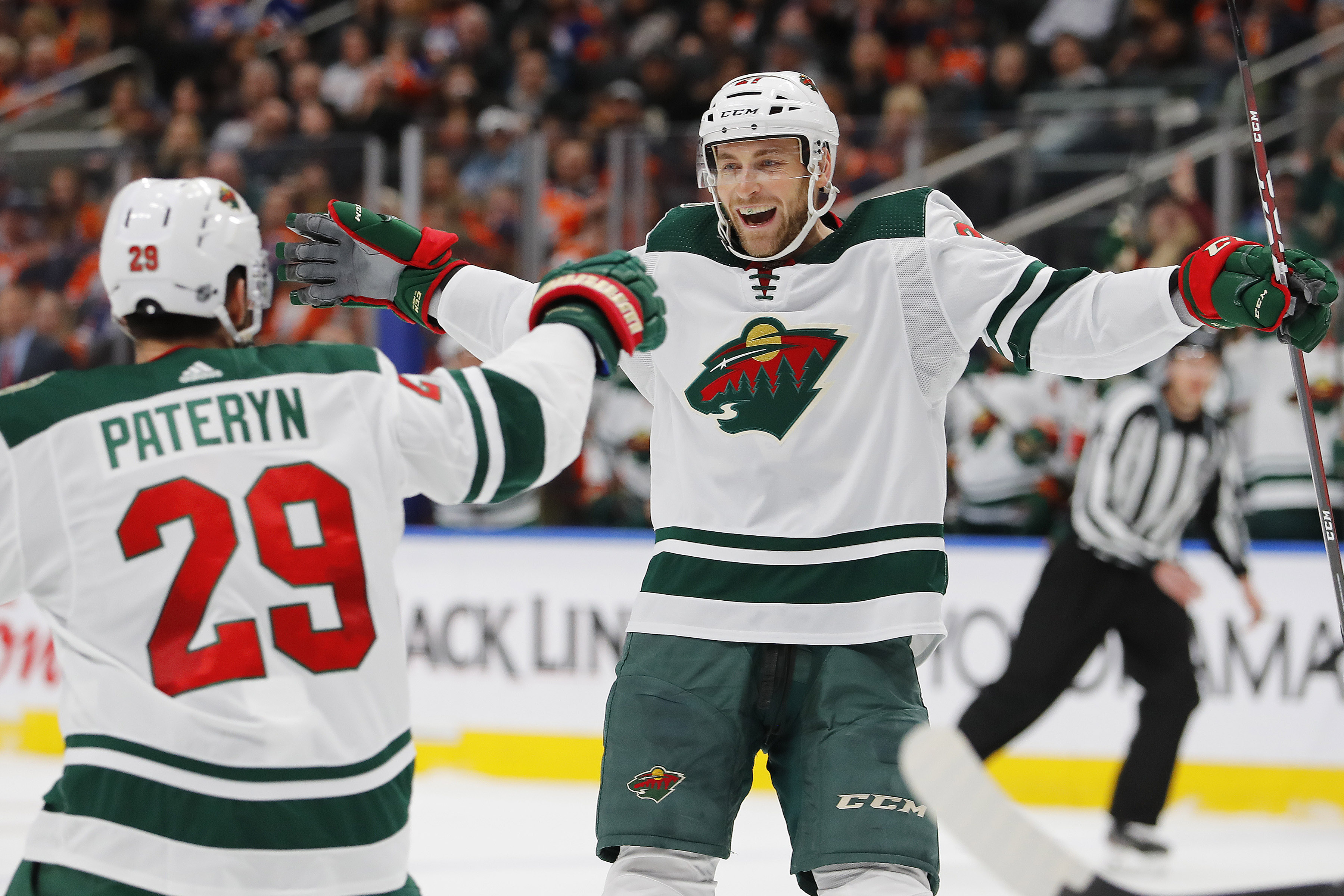 I think a part of adulting is developing a routine.  A routine to get the garbage ready for pick up, or to have a weekend set aside for home cleaning or planning meals for the week but these practices mean less wasted time and usually make those tasks less stressful.  While I don’t have a physical checklist in front of me, mentally I think about my day / week that way.  I feel it helps me carve out some time each day and week for me to just relax and enjoy life a bit before you start it all over again the next week.  Of course, no one has to live that way.  Its a choice.  I am sure the Minnesota Wild feel like they’re just checking off boxes on their ‘to do’ list.

Re-sign top 4 defenseman Jonas Brodin to a 6+ year deal, check.  Try to change culture by moving on from older veteran players like Mikko Koivu and Eric Staal and trading for younger (faster) players in Marcus Johansson and Nick Bjugstad, check.  And on Saturday, the team checked off another item on its list by re-signing 3rd pairing defenseman Carson Soucy to a 3-year, $8.25 million deal.  By signing the deal, Soucy avoids testing the market as a unrestricted free agent which is interesting to me since I think he may have been able to fetch more money elsewhere.  According to CapFriendly.com, the Wild now have 6 defenseman signed for next season in: Ryan Suter, Jared Spurgeon, Jonas Brodin, Matthew Dumba, Greg Pateryn and now Soucy for just a shade under $31 million as a group making them one of the most expensive bluelines in the league.

While it is expected that Pateryn may be physically unable to play, that still is roughly 38.2% of the Wild’s cap space tied up in its defense.  That doesn’t seem sustainable and one would think the team has to be moving a defenseman soon.  The rumor mill was really churning a few weeks ago after Brodin’s resigning that the team was getting all kinds of calls on Matthew Dumba.  Yet most of those ‘offers’ have been underwhelming as reported by the Athletic‘s Michael Russo and that really shouldn’t surprise anyone.

The fact teams are offering paltry return for Dumba is more or less the well-known cap crunch the team has put itself in rather than an indictment of Dumba’s ability.  They’re hoping the Wild will want to reduce that hefty commitment of money to its defense will make them more likely to accept a lesser offer.  However Minnesota Wild General Manager Bill Guerin has stated to Russo multiple times that the deal has to be right before he was to trade a player like Matt Dumba.

I understand Guerin’s goal, he doesn’t want to part ways with the team’s most attractive and moveable asset unless he’s getting a player or multiple assets that fill some significant needs for the team.  Yet doesn’t re-signing Carson Soucy box him in a bit more?  Now the Wild are paying nearly $3 million a season to 3rd pairing defenseman.  Won’t this prompt more GM’s calling with lame or uninspiring offers for Dumba’s services? 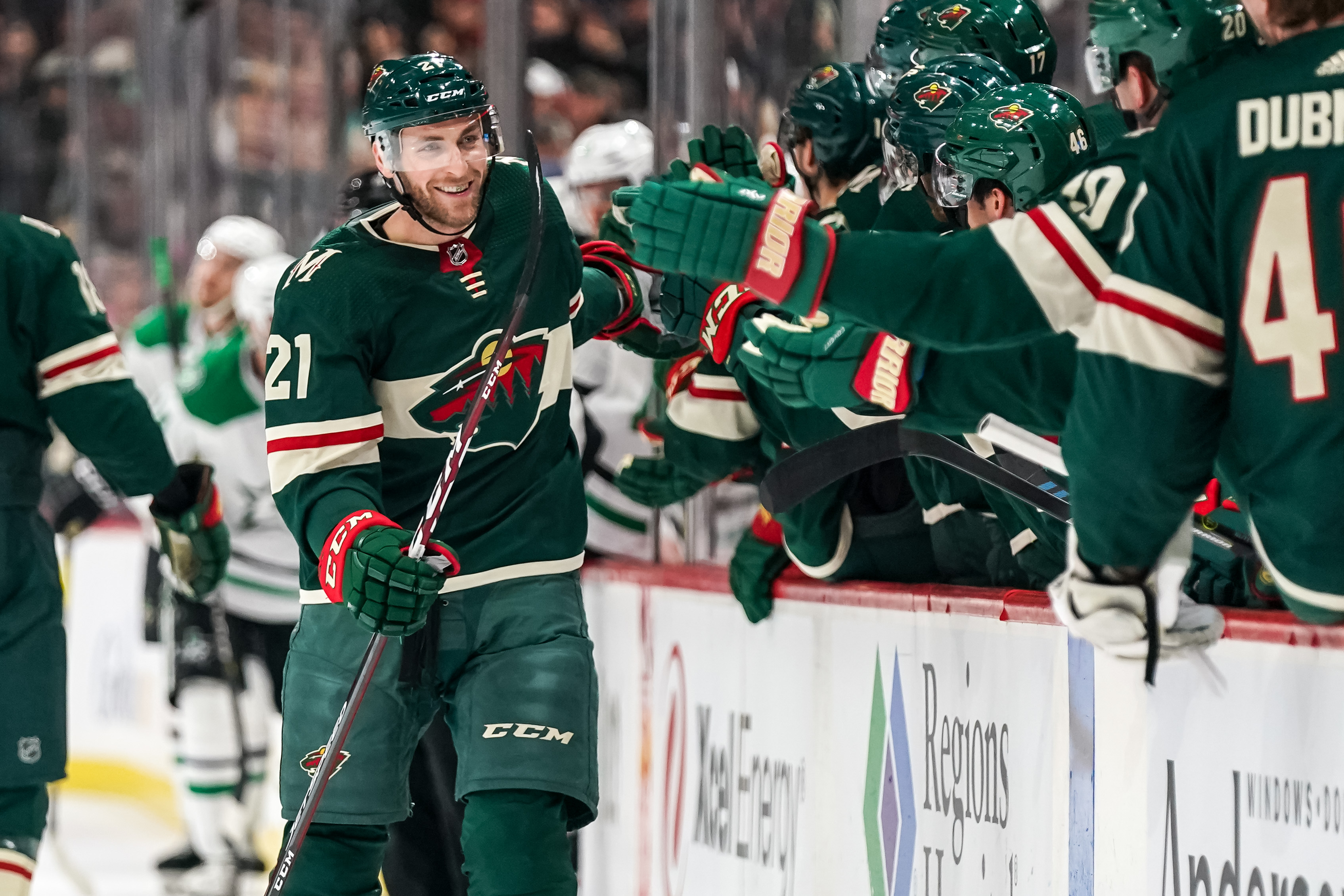 Make no mistake, the team will want to move him before the 2020-21 off season so they will not be compelled to protect Dumba for the expansion draft.  As it is, the Wild are already going to be committed to protecting 5 players because they have no movement clauses which is tied for the most NMC’s in the league with the Dallas Stars.  I realize it has been discussed that the team may try to ask players like Mats Zuccarello to waive their NMC so they wouldn’t have to protect him, but how did that work out when we asked Jason Pominville to do the same thing in 2017?

And that also brings up the possibility that Soucy might be scooped up in the expansion draft if the Seattle Kraken feels the mobile 6’5″, 26-year old defenseman would be nice to have on their defense.  In really what was his first ‘full’ season in the NHL, Soucy put up respectable numbers with 7 goals, 14 points in 55 games.  I could see him attracting interest as he’s in the prime of his career and has some experience but without a lot of rough miles built up so far.  His size, physical play makes him unique on a blueline that normally emphasizes finesse.

The Vegas Golden Knights loaded up on defenseman in the expansion draft, taking 13 defenseman and then did a nice job of shopping some of them for additional assets while making deals with clubs for them to take an unwanted contract in exchange for a coveted prospect.  Wild fans know this all too well as they watched their team deal Alex Tuch in an effort to spare teh club the pain of losing Dumba or Marco Scandella in the expansion draft.  Vegas also acquired Shea Theodore for a similar reason as Anaheim wanted to protect other assets.  Will we see Seattle attempt a similar gambit?  I think its a definite possibility.

Maybe its just me, but a line from the hockey classic film Slap Shot comes to mind.  “Too much, too soon,” as I think about the Wild’s future cap situation and the space it will need to offer two very talented wingers in Kevin Fiala and Kirill Kaprizov raises next summer.  A way teams create some cap space is by being cheap with their 3rd pairing defenseman, usually by playing guys who make less than a million per season or youngsters still on their entry-level contracts.

I am not suggesting that is the only reason to accelerate Calen Addison‘s development as was suggested by KFAN‘s Brandon Mileski and Pat Micheletti on their most recent episode of Beyond the Pod, but do you want to save some cap space plus keep a spot open for the youngster to gain experience before he probably steps into a Top 4 role?  While I realize a trade of Dumba would cause the team to shift some pieces and create that space, the team will still have over $21 million in salary committed to its defense which more than most NHL clubs.  That makes it tougher to add more talent up front or between the pipes via free agency, which is of course are glaring needs for this organization.

So to sum it up, I think the Wild overpaid a bit.  Guerin has talked about making fair deals, but I think this deal was a little too generous.  What do you think of Soucy’s deal?  Let us know on Twitter @CreaseAndAssist or in the comment section below!