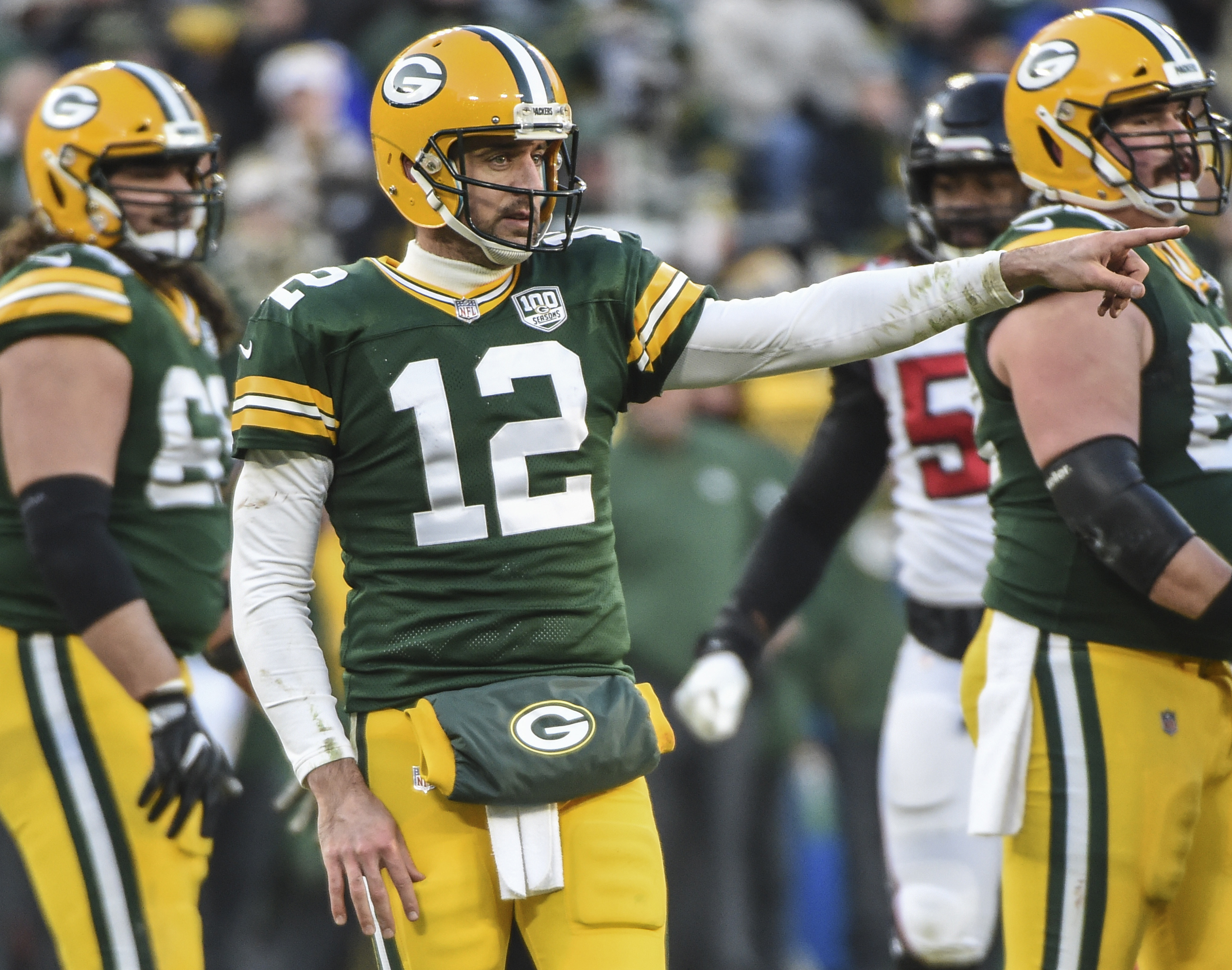 The Green Bay Packers host the Atlanta Falcons on Monday Night in an empty Lambeau Field. The Packers enter the game with a 3-0 record after scoring a big 37-30 road win in New Orleans. The Falcons are 0-3 after blowing a big lead to the Bears before falling 30-26.

Green Bay leads the all-time series between these two teams 16-14-0. The teams have split four playoff meetings. The Packers won the last meeting back in 2018, beating the Falcons behind interim coach Joe Philbin, 34-20.

Here is a look at six key factors that will determine who wins on Monday night:

Julio Jones remain one of the best receivers in the game today and he is still Matt Ryan’s favorite target. Jones has great speed, size and hands and is a dangerous receiver on both short and long patterns.

It will be interesting to see whether Packers defensive coordinator Mike Pettine decides to match up Jaire Alexander on Jones regardless of what side of the field the Falcons star receiver lines up on. Pettine is usually reluctant to shadow a top receiver so look for him to mix and match his coverages. The battle between Jones and Alexander will be a fun one to watch during this game and this should provide a great test for Alexander even though Jones is presently slowed a bit by a groin injury.

The Packers will have a tough time shutting down Jones but if they can keep him from making shock plays and hold him to less than 100 yards, it would go a long way towards the Packers slowing down the strong Atlanta passing attack.

Ryan has been sacked five times in the Falcons first three games in 128 passing attempts. The Packers will need to get some pressure on Ryan to get him out of his rhythm and not to let him get the ball deep down the field.

Preston and Za’Darius Smith need to have a strong game rushing the quarterback. Neither has been getting as much pressure as they did a year ago.

Rashan Gary is dealing with an ankle injury suffered against the Saints and his status for Monday night is still uncertain. Gary was a limited participant in practice earlier this week.

Kingsley Keke had a pair of sacks last week but needs to show he can do the job consistently.

Even if the Packers don’t get a lot of sacks, they need to get pressure on Ryan as he faces Matt LaFleur, his former quarterback coach in Atlanta.

3. Spread the Ball Around

The Packers were without Davante Adams last week and Allen Lazard stepped up and had the best statistical game of his career.

Unfortunately, Lazard suffered a core muscle injury and had to undergo surgery this week. He will be out for at least a month.

Adams’ status for Monday night is still uncertain. The Packers star wide receiver said he is feeling better but his hamstring is still not 100 percent. The Packers may be conservative with Adams and keep him out against the Falcons so he can rest over the bye week and be fully healthy against Tampa Bay in two weeks.

That means the Pack will have to get other receivers involved. Marquez Valdes-Scantling will become the team’s top receiver if Adams cannot go. Behind him, the Pack will have Darrius Shepherd, Malik Taylor and Tyler Ervin available as receivers. Between them, Shepherd and Taylor have one career NFL reception. Equanimeous St. Brown is on IR and cannot return until after the bye week.

Look for the Packers to get their tight ends and running backs more involved in the receiving game on Monday night with Jamaal Williams, Aaron Jones, Robert Tonyan and Jace Sternberger all likely to see significantly increased roles.

4. Slow Down the Falcons Running Game

The Falcons have been an average running team through three games, ranking 18th in the league in yards gained per game.

Atlanta’s leading rusher is Todd Gurley who is still averaging 4.0-yards per carry although he’s not the runner he was a few years ago before he injured his knee.

Gurley is baked up by Brian Hill who has averaged 5.6-yards per attempt in 15 carries through three games.

The Packers run defense continues to be suspect. The Pack is still unsure when Kenny Clark will be back in the lineup. Clark is still recovering from a groin injury and was a limited participant in practice earlier this week.

ILB Christian Kirksey is out this week after suffering a pectoral injury against the Saints. Ty Summers did a good job of filling in for Kirksey last week, but the Green Bay run defense needs to step up and to prevent the Falcons from mixing up their offense.

The Packers also have to reduce the high number of missed tackles they suffered last week in New Orleans.

5. Give Aaron Rodgers Time to Throw

The Packers have started three different offensive line combinations in their first three games and injuries have forced the team to mix and match their players even midgame. Still, through three contests, Rodgers has only been sacked twice and he has had adequate time to throw the football.

The Falcons have six total sacks through three games led by Grady Jarrett with 2.5. However, Jarrett is on the Atlanta injury report and was kept out of practice earlier this week with an injured hip. Defensive end Takk McKinley also missed practice with a groin injury.

Rodgers has a quarterback rating of 121.1 thus far this season. If he has time to throw, he should be able to pick apart the Falcons weak secondary which ranked 31st in the league in passing yards allowed this season. The Falcons are also dealing with injuries to their secondary including safeties Keanu Neal and Ricardo Allen neither of whom practiced with the team earlier this week.

The Pack is hurting at receiver, but those that play should be able to get open against the Atlanta secondary.

The Atlanta run defense is 13th in the league which isn’t bad for a team that hasn’t won a game yet this year. The Packers need to continue to run the football enough to keep the Falcons defense honest, especially considering how banged up the Pack is at wide receiver.

Aaron Jones and Jamaal Williams will get their touches and the Pack may grind things out a bit more than usual because of their lack of receivers.

Coach Matt LaFleur will have to come up with a good mix of run and pass to allow Rodgers to succeed with play action which is always a big part of the Packers attack.

The Green Bay offensive line has been outstanding at run blocking with Elgton Jenkins, Corey Linsley and Lucas Patrick leading the way.

The Falcons are desperate as it would be difficult to overcome a 0-4 start even with the extra playoff spot available this season.

On paper, the Packers are clearly the better team and they are at home, but Ryan and Jones are still dangerous and injuries are mounting against the Packers.

Even without his usual receiving corps, Rodgers should be able to pick apart the Atlanta secondary and the record-setting Packers offense should continue to roll. Atlanta will match the Packers for a while, but they won’t be able to keep up.