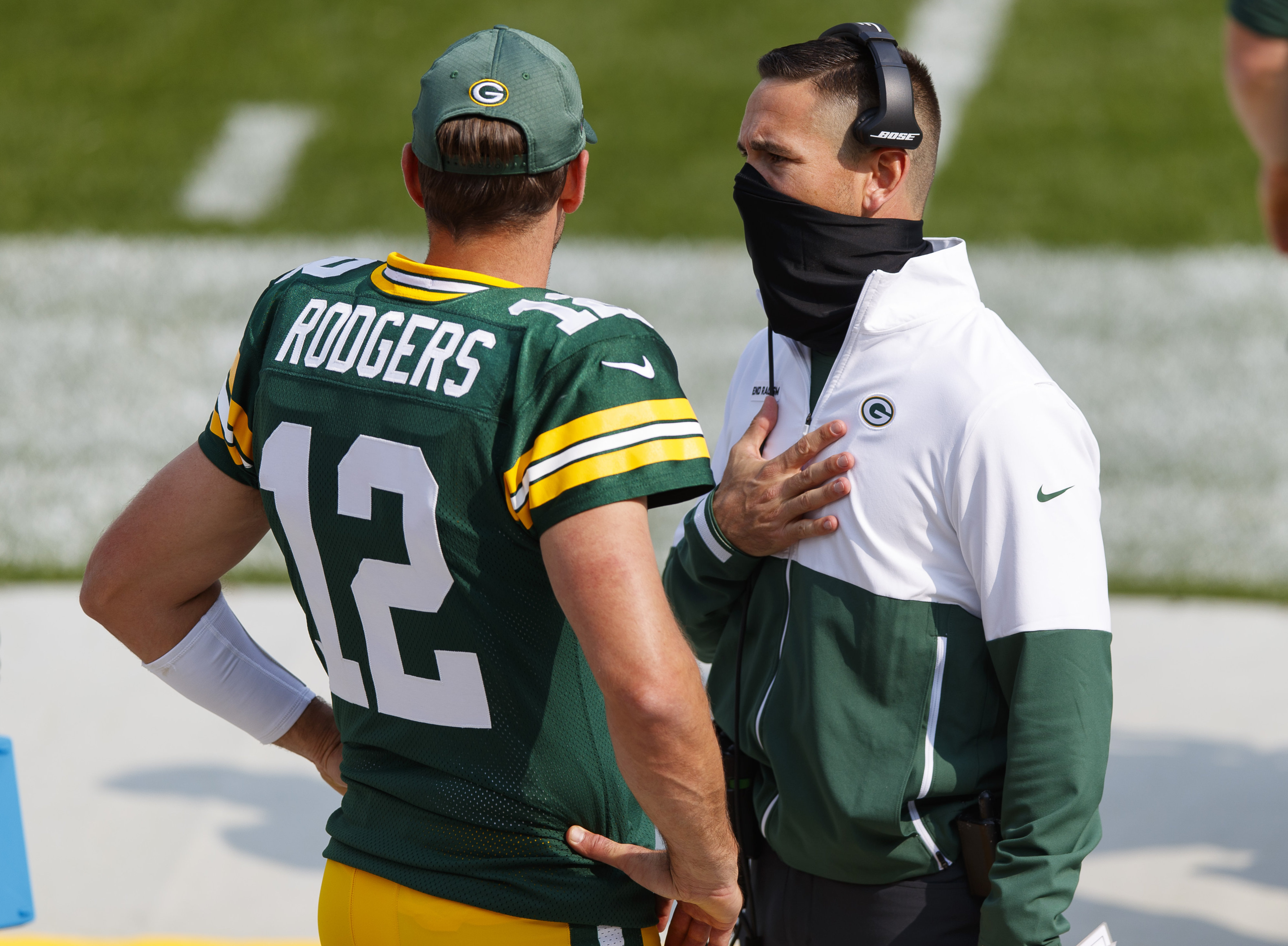 There were a lot of questions surrounding the Packers decision to hire head coach Matt LaFleur prior to the 2019 season. LaFleur was young (39), had never been a head coach before in college or the NFL and for all of his offensive acumen, had only one year of play calling experience in the NFL (2018 with the Titans) with mixed results.

Yet, LaFleur has been successful since his arrival in Green Bay. In his rookie season, the Packers went 13-3-0, won the NFC North after sweeping all six division games and made a trip to the NFC Championship Game. Even Vince Lombardi (7-5) and Curley Lambeau (3-2-1 in his first NFL season) weren’t that successful in their first year of coaching the Pack.

Of course, people said the Packers didn’t look like a dominant team. They were declared the worst 13-3 team in NFL history and the so-called experts were lining up to say the Packers were due for a big regression in 2020.

Well, surprise, surprise, that regression hasn’t arrived just yet. The Packers are off to a 3-0 start this season and look like one of the top offenses in the league despite a rash of injuries that have hurt the team on both sides of the ball.

While it’s still early in his career, here is a look at five reasons Matt LaFleur is quickly developing into one of the better coaches in the NFL through his first 19 games:

1. He Changed the Culture

Before LaFleur was hired, the Packers were in a bit of a rut. Mike McCarthy had a long, successful run as Packers coach, but after more than 13 years, it was time to make changes.

When LaFleur arrived, he changed the culture in the Green Bay locker room. Yes, he gave the place a paint job and changed things around physically, but he did more than that.

The team was more cohesive and the leadership council he created seemed to work. The addition of Preston and Za’Darius Smith helped change the tone of the locker room and LaFleur welcomed their enthusiasm and boisterous celebrations that the players enjoyed.

In a short amount of time, the team appeared more cohesive and the players were having more fun than they were in the final two, frustrating losing seasons under McCarthy. In short, LaFleur made football fun again.

Rightfully or wrongfully, Aaron Rodgers earned a reputation as difficult to coach after things allegedly deteriorated between the future Hall of Fame quarterback and McCarthy late in the coach’s tenure. When LaFleur first took the job, the biggest question being asked was will the new coach be able to work with Rodgers and earn his respect.

That question was clearly answered last season when LaFleur and Rodgers quickly established a good working relationship and despite some obvious growing pains in the offense, found a winning formula together.

To his credit, LaFleur didn’t come in and say my way or the highway. He knew he had an all-time great quarterback on his roster and he worked with Rodgers to create a playbook that mixed what Rodgers did best under McCarthy and the concepts the new coach wanted to install in his offense. The result was mutual respect, success and a positive working relationship.

Many coaches tend to be rigid in their ways. They know what they like to do and have their team run that system regardless of whether they have the players to run it. But the best coaches find ways to adapt their system to the talent they have. Remember, for example, that Don Shula won lots of football games running the ball with Larry Csonka, Jim Kiick and Mercury Morris in the early 70s and then a decade or more later, throwing the ball downfield a lot with Dan Marino.

LaFleur has done a good job adjusting to his situation in Green Bay. In addition to allowing Rodgers to retain many of his favorite plays from the old offense, LaFleur decided to introduce his system gradually. We are seeing more of the LaFleur offense in year two and the results have been spectacular with the Packers at a near record setting pace through three weeks.

Last year, the new coach didn’t have all the players he needed to run his offense exactly the way he wanted to, so he ran with a hybrid version and the Packers drafted A.J. Dillon, Josiah Deguara and other players who are designed to be good fits in this offense.

Rodgers has shown patience and flexibility in installing his offense and it has paid off handsomely for the coach and his team thus far.

The Packers have faced a myriad of injuries since LaFleur has taken over as coach. Last season, for example, Davante Adams missed four full games due to a turf toe injury. That took the Pack’s best wide receiver off the field.

So, LaFleur tweaked his offense. He had Rodgers throw more to his running backs and suddenly Aaron Jones had a 100-plus receiving game. He also spread the ball around more to Marquez Valdes-Scantling and Jimmy Graham and Jake Kumerow and Jamaal Williams. Rodgers found eight different receivers in the win against the Raiders last season, none had more than five targets, but none had fewer than two.

This ability to be flexible, to scheme players open and to adjust on the fly is another reason LaFleur has been successful as a coach.

5. LaFleur in Genuine with His Players

Another reason LaFleur has been successful is that he has been genuine and upfront with his players and has been a strong leader for them.

Put aside the politics of the issues that came up after the death of George Floyd and just look at how LaFleur handled the situation. He got his leadership council together and listened to what his players, most of whom have different backgrounds than he does, had to say.

When he and the team made public statements, he was firm, empathetic and the team was united. That is leadership. He earned the respect of his players for being up front about the issues facing the country and genuinely concerned about the pain the players felt. He spoke to them as men and worked with them while keeping the team together and the respect was mutual.

These are five of the top reasons for LaFleur’s early success. Of course, if he is to join the pantheon of great Packers coaches like Lambeau, Lombardi, Holmgren and McCarthy, he still has a lot more work to do and a trophy or two to win.

But right now, Matt LaFleur is off to a strong start as Packers head coach and if he continues to get these kinds of results, he deserves to be considered one of the better coaches in the NFL.