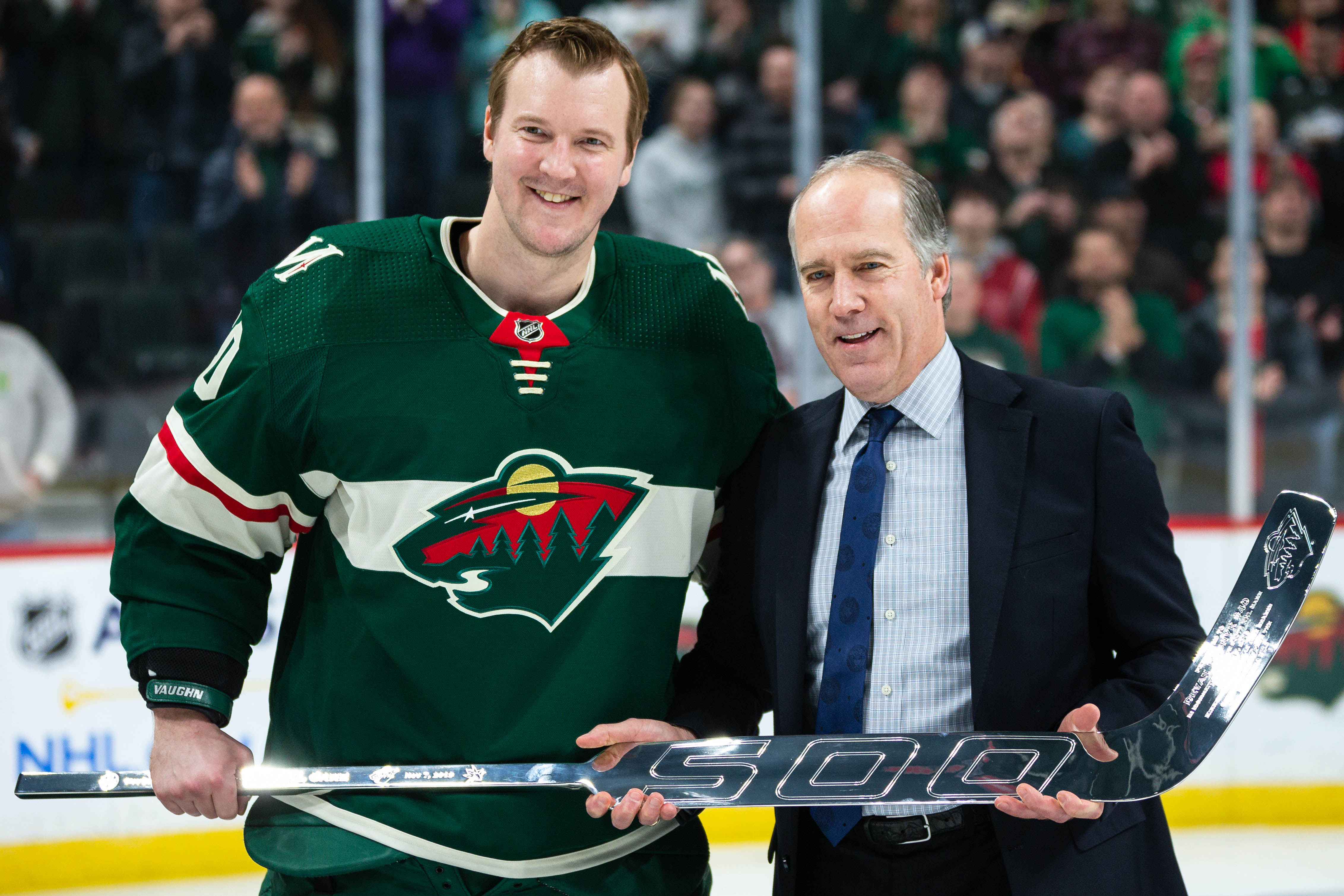 In the military they call it ‘scuttlebutt’ and around the office they sometimes call it ‘watercooler talk’ where people get together and exchange the latest rumors and gossip they hear.  Most of the time those rumors you hear don’t come to fruition but they certainly help pass the time.  Afterall, humans love to speculate on what they think will happen and they often seek the approval and acceptance of their peers and sometimes that comes through sharing the ‘dirt’ they hear from those around them.

After the Minnesota Wild were eliminated in their play-in series against the Vancouver Canucks, speculation began about what players had played their last game with the organization.  One of those players who some felt may be on the way out was Ryan Donato who found himself scratched in the last two games after having a tough season playing mostly on the team’s bottom two forward lines.  Even with limited ice time, Donato still showcased some of his offensive potential as he had 14 goals and points in games.

His strongest asset was his shot, which had a tendency to cause goaltenders trouble when he’d get it on goal as it usually had plenty of velocity and snap but he just couldn’t seem to gain the trust of the Wild coaching staff to give him more consistent ice time and linemates.  This meant Donato was trying to impress with only a handful of shifts.  And this was nothing new to the Boston-native after struggling to carve out a role with the Bruins before he was traded to Minnesota. 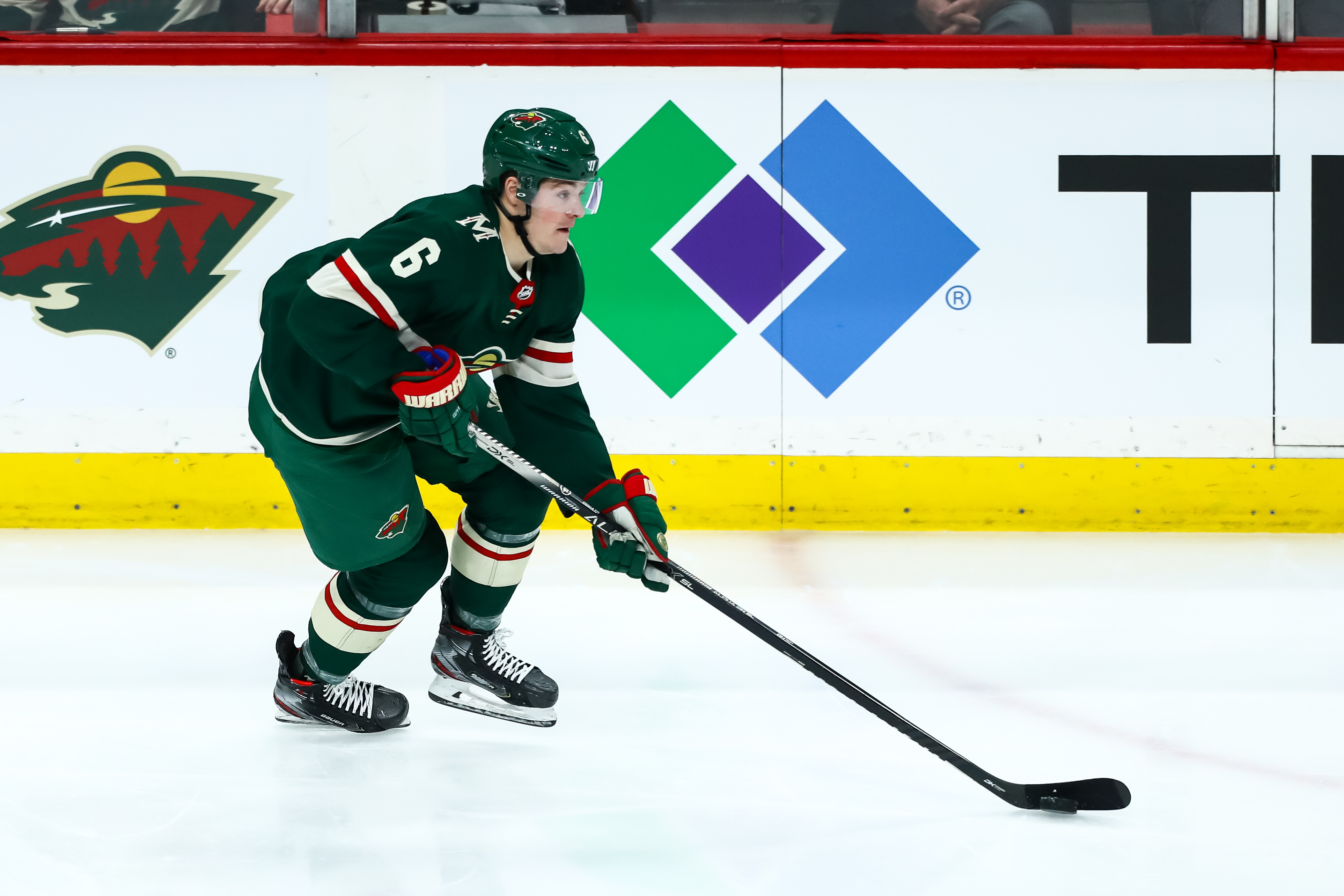 The former Harvard star was the key piece from the Charlie Coyle trade in 2019.  Now he’ll try to establish himself with the San Jose Sharks, another team like the Wild in the fact they are an older club trying to get younger and faster.  Donato was a reasonable skater, but he wasn’t particularly fast.  He is a player who has good instincts in the offensive zone and probably would score more if given more opportunity.  The one thing that hurts him is he is lacks versatility.  At this point, he isn’t a skilled penalty killer which makes him more ideally suited to a Top 6 role.  If a team has a spot; he might reward you greatly and for whatever reason the Wild didn’t feel they had that spot for him so they traded him to San Jose for a 3rd round pick in 2021.

For those Wild fans that felt Donato really got a fair shot to show just what he could do now will hope he can provide some secondary scoring to a Sharks team that needs it.  Will he give us reason to regret a trade the way Nino Niederreiter did in Carolina?  Or will he struggle to find his niche with the Sharks?

But that wasn’t the biggest move of the day as the Minnesota Wild General Manager Bill Guerin and San Jose Sharks GM Doug Wilson consumated another deal as they sent goaltender Devan Dubnyk to San Jose for a 5th round pick in 2022.  The Minnesota Wild also agreed to pick up $2.16 million of Dubnyk’s $4.33 million salary for next season.  The Wild also tossed on a 7th round pick in 2022 and a conditional 7th round selection in 2021.  Consider this the Wild version of the Nick Bjugstad trade except Minnesota is in the role of Pittsburgh this time around.

At least at this point that means the Minnesota Wild are going into next season with Alex Stalock and most likely Kaapo Kahkonen as their two goaltenders unless they add another veteran netminder in free agency.  After saving the Minnesota Wild’s season after being traded from Arizona in 2015, Dubnyk resurrected his career with 27 wins in 39 starts for Minnesota. In that memorable run he won the Masterton Award and finished 4th in voting for the Hart Trophy and 3rd for the Vezina.  Dubnyk would soldier on for 5 more seasons for the Wild going 177-113 in 321 regular season starts.  He played in 3 All Star games and for a while was among the top goaltenders in the league.

Yet the last season, Dubnyk’s game took a noticeable slide and with problems back at home he would take a short hiatus from the team to get things worked out.  However the play on the ice continued to underwhelm and he found himself supplanted by Stalock.  Dubnyk had just 12 wins and sported an ugly 3.35 goals against average and a .890 save percentage in 28 starts this season.  He did not get into any of the Wild’s play in series games.  Wild GM Bill Guerin was pointedly critical of the team’s goaltending after their season had ended and while he didn’t call out Dubnyk directly he also stated he felt Stalock had played well which made it pretty simple to deduce who he was referencing.

“Devan and I had some very good open conversations in the last little while, and in the end I think that this is best for the Minnesota Wild.” ~ Wild GM Bill Guerin on the Dubnyk trade

Rumors are swirling that the team might be working a deal to acquire Marc-Andre Fleury from the Vegas who seem to be content to made Robin Lehner their starter for the Golden Knights.  Fleury and more notably his agent, the irrascible Allan Walsh aired their displeasure over his lack of playing time for Vegas during the playoffs. 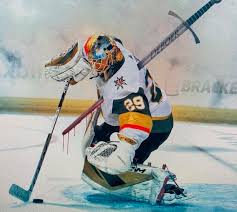 Here was the picture Walsh tweeted during the playoffs which shows Fleury impaled by a sword labeled DeBoer (in reference to Golden Knights’ Head Coach Peter DeBoer).  Fleury has two years left on his contract that pays him $7 million per year.  The 35-year old goaltender had 27 wins last season for the Golden Knights and a 2.77 goals against average and a .905 save percentage in 48 starts last season.  The 3-time Stanley Cup Champion’s numbers have dipped a bit the last few seasons.

Vegas is a team that is in salary cap hell right now, but would they be willing to pay some of Fleury’s salary to send him to play for the Wild?  Some point to the fact he was a former teammate of Guerin’s in his final season with Pittsburgh as a possible ‘connection’ for the deal, but another name also being talked among NHL rumor mills about a possible target for the Wild is Darcy Kuemper.  Kuemper, the former 6th round draft pick of the Wild played really well in the regular season and the playoffs for the Arizona Coyotes who upset Nashville in their play in series. 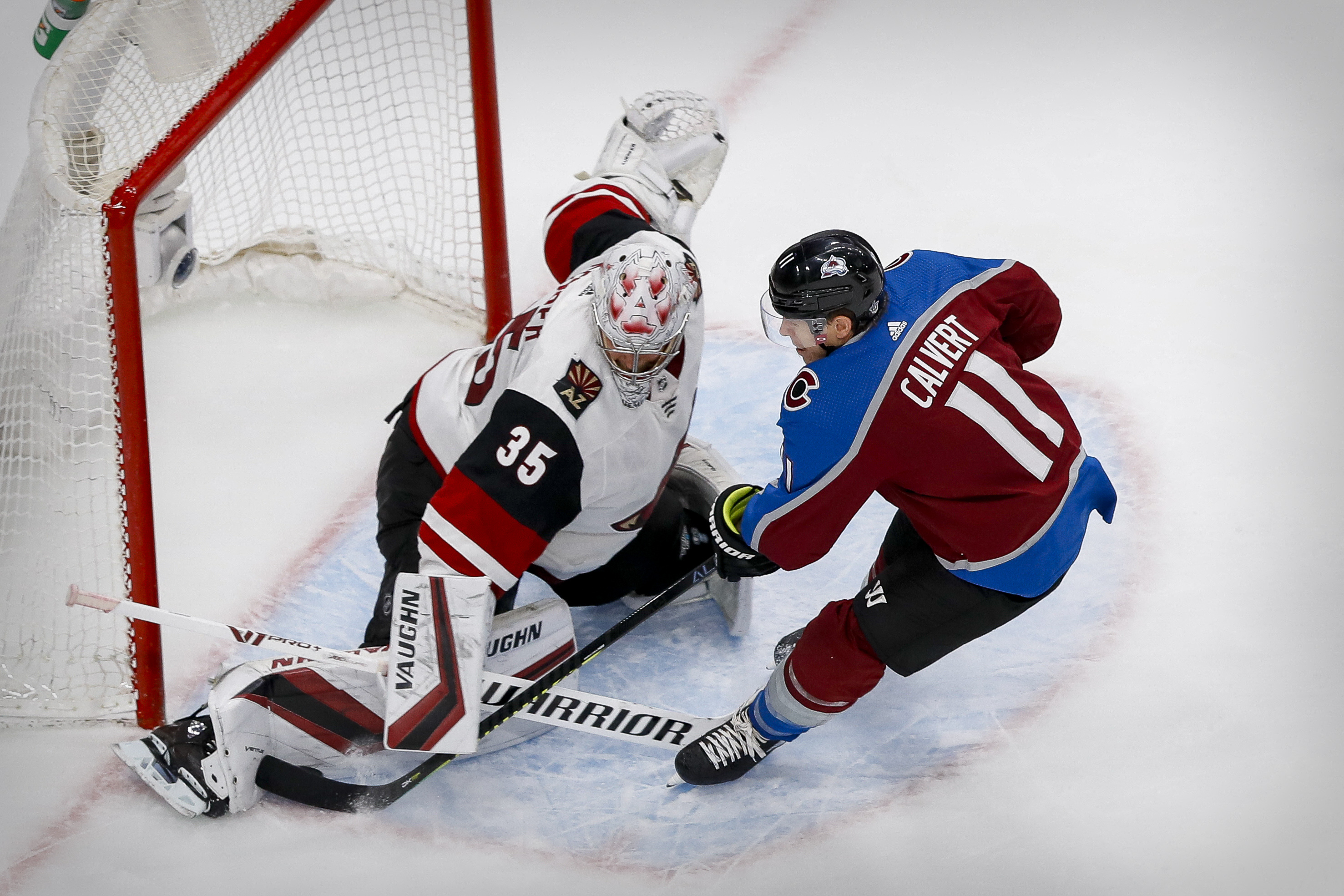 The 30-year old Kuemper is younger and under contract the next two seasons at a more affordable $4.5 million per season.  However, do the Wild want to acquire a starter for the next 3-4 years or are they simply looking for a 2-year stop gap before handing the crease over to Kahkonen?  I think the Wild would be more interested in the latter than the former.  Plus, with Kuemper there is already kind of a sense of ‘been there, done that’ even if he has matured and is playing the game at a higher level now than when he was with the Wild.

So will this club add another goalie or just try to soldier on with the two goaltenders they already have under contract?  The team also re-signed defenseman Carson Soucy to a 3-year, $8.25 million deal that will pay him $2.75 million annually and also re-signed restricted free agent Nico Sturm to a 2-year (one-way contract) pact worth $725,000 a season.  That seems to be a reasonable deal for the bottom six forward who can play either center or on the wing.

However, a little over a week into this ‘off season’ we can see the incredible transformation Wild GM Bill Guerin has made with this Minnesota roster.  Maybe its just me, but I don’t think the moves are over just yet as Guerin continues to shape this team towards his own vision of what he feels is best for the organization.

Oh not enough going on for you, eh Wild fans?  Don’t forget the 2020 NHL Entry Draft starts tomorrow, so who knows what else will happen in the next 24 hours!

So what deal or move has you the most excited?  Tell us on Twitter @CreaseAndAssist or in the comment section below!