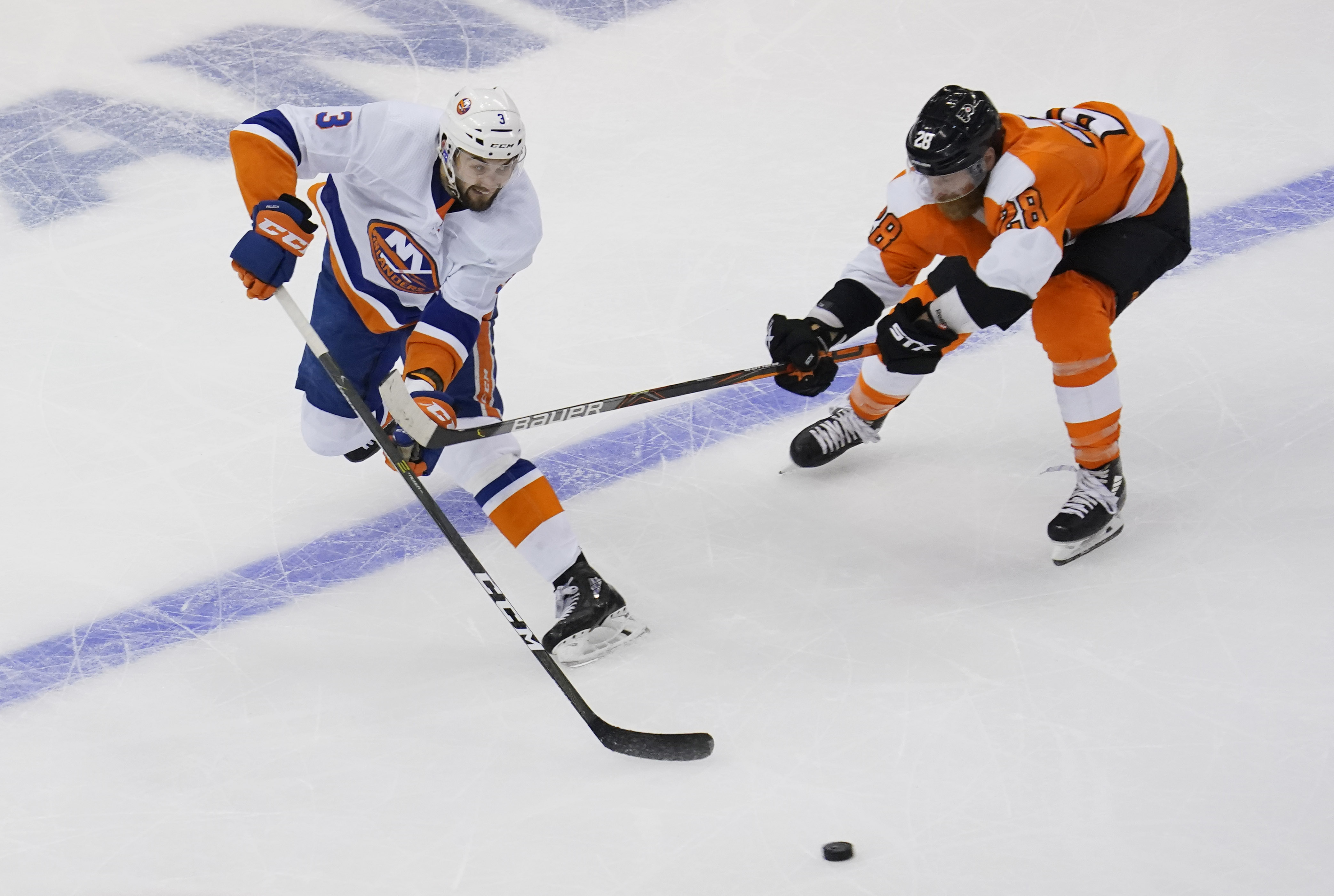 There are now just 16 teams left standing in the NHL playoffs and fans are looking forward to a barrage of exciting clashes. The top seeds have been decided and some teams are surging with momentum, while others have a lot of work to do. These are the top contenders for Stanley Cup glory in 2020:

The Flyers should be full of confidence after clinching first seed in the Eastern Conference with a 4-1 win against the Bolts on Saturday. They were on fire before the regular season was suspended, with nine wins in 10 games, and they have picked up where they left off after the restart. Philadelphia secured a 4-1 victory over the Bruins, who were Stanley Cup favorites in the NHL betting at the time, with a fine performance. Carter Hart was sensational in that game, and he looks poised to become one of the best goalies in the NHL for many years. The Flyers then eased past the Caps with a 3-1 win, before heading into a big game against the Lightning on Saturday.

The Bolts were the new favorites for the Stanley Cup by that point, but the Flyers brushed them aside in contemptuous fashion to sew up top seed. They now head into an interesting First Round showdown with the Canadiens, who did well to eliminate Sidney Crosby’s Penguins in the Qualifying Round. They could cause Philadelphia a few problems, but the Flyers really should surge into the Second Round. That would probably see them come up against the Bolts once more.

The Lightning could be without injured defenseman Victor Hedman, and the Flyers would have a psychological advantage in that game. They will feel like they can beat any team in the Eastern Conference – the strongest of the two conferences – right now, so they should be among the leading Stanley Cup contenders. They may lack star power, but there is a collective strength about this team and momentum is crucial, so they stand an excellent chance of success. 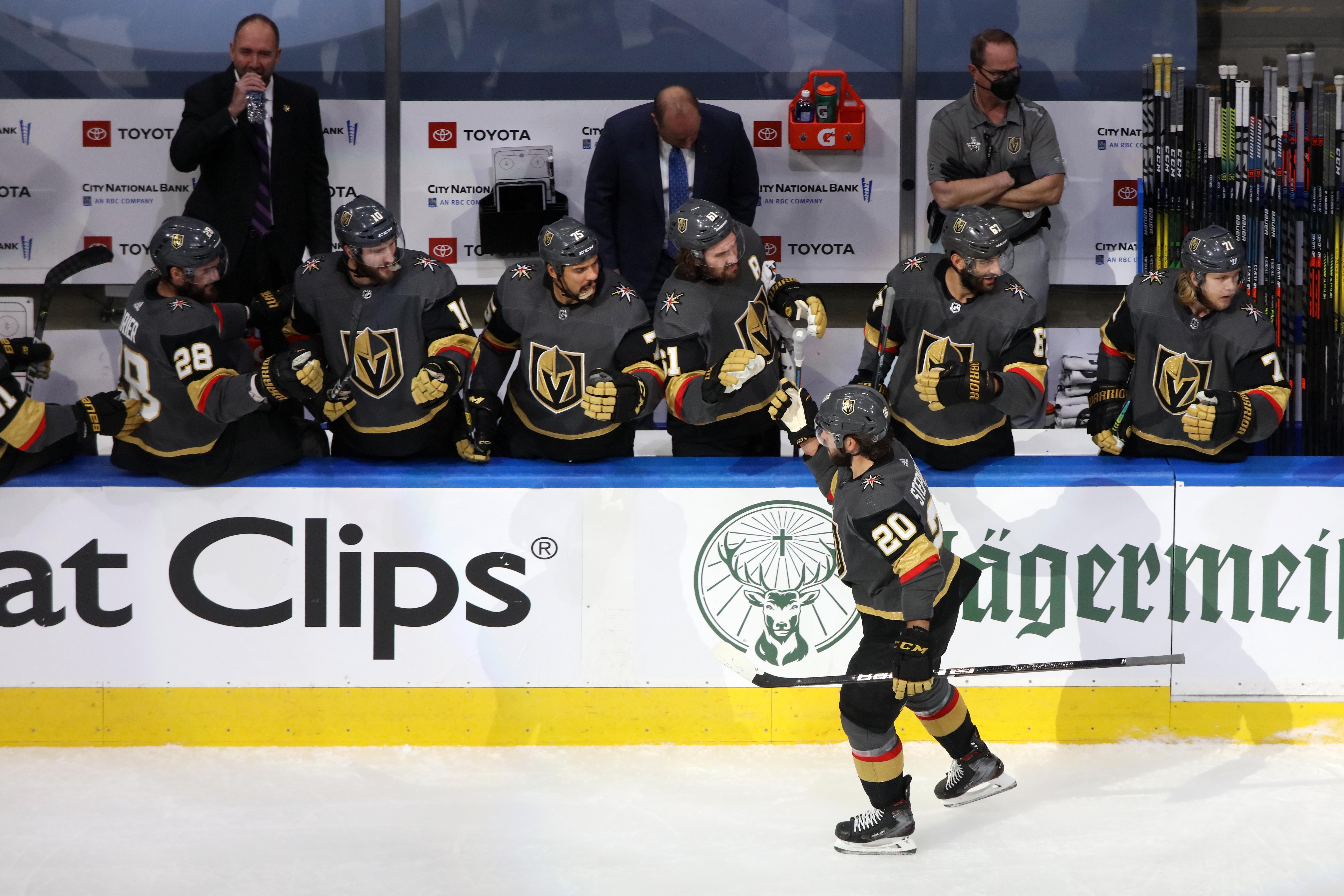 Sep 14, 2020; Edmonton, Alberta, CAN; Vegas Golden Knights center Chandler Stephenson (20) celebrates with teammates after scoring a goal against the Dallas Stars during the first period in game five of the second round of the 2020 Stanley Cup Playoffs at Rogers Place. Mandatory Credit: Gerry Thomas-USA TODAY Sports

Golden Knights fans can approach the First Round with excitement after their team went 3-0-0 in the seeding round-robin. The Knights have displayed character and tenacity since the restart to regularly battle their way back into contention after going behind in games. They picked up a thrilling 5-3 comeback win against the Stars, then beating the reigning Stanley Cup champions, St Louis, 6-4. The Knights faced off against the Avalanche for the top seed spot, and prevailed in overtime with a 4-3 win.

They are reaping the benefits of the decision to fire Gerard Gallant and bring in Pete DeBoer to replace him. The team looks fired up, and this could be the year that Vegas wins its first Stanley Cup. However, the Golden Knights face a tricky First Round game against the Blackhawks, who blend youth and experience to devastating effect, and the defense looks shaky. They face the prospect of a Second Round showdown with the Avalanche, and Colorado could be a lot fresher for that clash, so Vegas might struggle to reach the Conference Finals.

Injury concerns could ultimately derail Tampa Bay’s bid for glory this year. Captain Steven Stamkos has yet to return to the fray, while Hedman tried to break the metal railing after limping off with a bad ankle injury in the Bolts’ 4-1 defeat to Philadelphia on Saturday. They are key leaders within the Tampa Bay roster, and they will be sorely missed if they cannot return to action in the playoffs. The Lightning went 3-6-1 in their last 10 before the season was suspended, but there was cause for optimism after a significant improvement after the restart.

They returned to action with a tense shootout victory over the Caps – the first ever playoff shootout – and then edged Boston in a tight 3-2 game. However, losing Hedman early in their decisive showdown with the Flyers represented a hammer blow to their chances, and they had to settle for second seed. The Bolts have struggled in the playoffs in recent years, and it seems risky to back them for the Stanley Cup at short odds when they are beset by injury concerns. 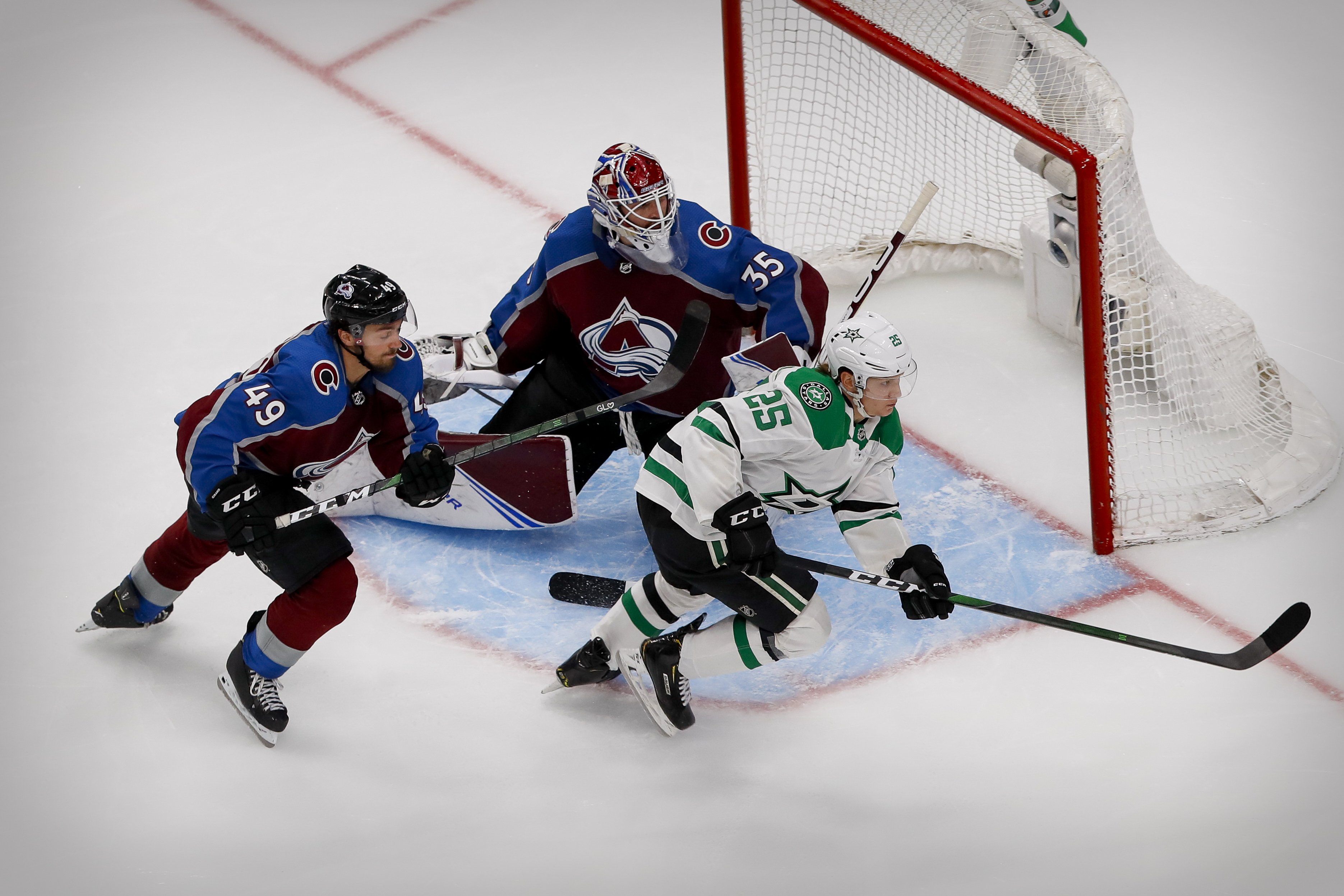 The Avs could actually benefit from losing to Vegas in that tense game in Edmonton on Saturday. There was little to separate the teams, but Alex Tuch scored 4:44 into overtime with a shot over the shoulder of Avalanche goaltender Philipp Grubauer. Securing top seed means that Vegas will face a Chicago team packed full of multiple Stanley Cup winners, with Jonathan Toews suddenly lighting up the league, and that will surely be a bruising encounter. The Avs will now face a much kinder First Round clash with the Coyotes. Arizona did well to beat the Predators in the Qualifying Round, but the Blackhawks look a lot more dangerous.

As a result, the Avs could arrive in the Second Round in much better shape than their opponents. They were arguably the best team in the Western Conference during the regular season. The Avalanche finished two points behind the Blues at the top of the standings, but they had a game in hand, and they were 7-2-1 in 10 before the break. They battled to a morale-boosting win against the Blues when the season resumed, and then destroyed the Stars. They are extremely strong on offense and defense. The Avs lack playoff experience, but that did not stop the Blues from triumphing last year, and Colorado now look like a great futures bet to win the Stanley Cup. They are the second favorites after Vegas to win the Western Conference, and that looks really appealing.

The Bruins had won 16 of 20 before the break and they held the best record in the NFL. They were understandably the favorites to win the Stanley Cup before the season resumed, but they have struggled since the restart. Patrice Bergeron and David Krejci look well off the pace, and it seems risky to back Boston right now, as they lost all three games in the round robin their opponents look a lot sharper. The Blues have also been poor, losing to the Avalanche and the Golden Knights. They should have benefited from the rest after playing a lot of hockey over the past year, but they have struggled and the departure of Ivan Barbashev has left them with a hole to fill.

The Stars were woeful before the break and they have looked flat since the restart, so it would take a brave hockey fan to bet on them. The Caps have also been underwhelming, despite that narrow victory against Boston on Sunday. An interesting longer shot could be the Carolina Hurricanes, who put the Rangers to the sword in a 3-0 clean sweep and will come up against a demoralized Boston in the First Round. The Flames are dangerous dark horses after the decision to start Cam Talbot in the net paid dividends. However, right now the most intriguing contenders from a futures perspective would have to be the Avalanche and the Flyers, who should both be full of confidence in the Second Round.