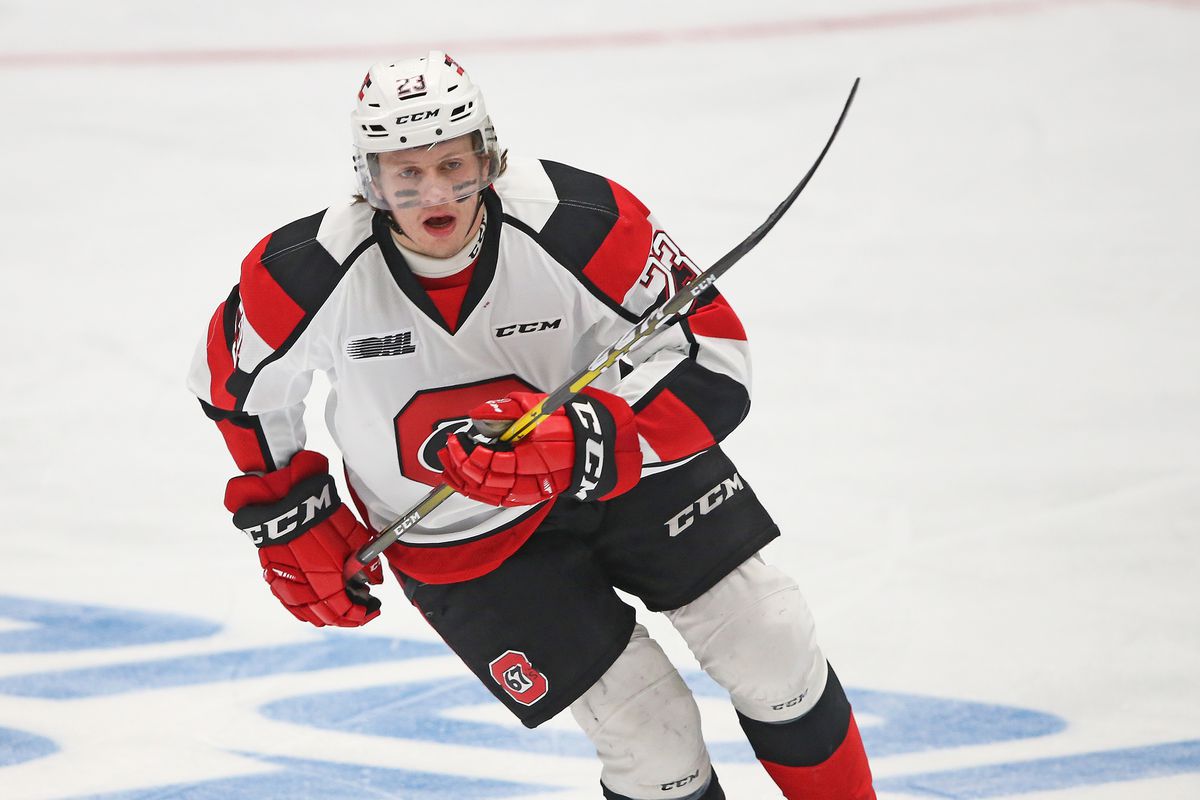 For all 31 NHL teams, the NHL Entry Draft represents hope and the chance at selecting the players that hopefully will contribute to your franchise’s success for years to come.  For clubs that have struggled, the draft is the opportunity to acquire talent to lead their club out of the league cellar.  For the players, it is getting their foot in the door.  Being selected in the draft does not guarantee them anything other than a chance to prove they are deserving of an opportunity to play at the next level.  For organizations, the pressure is on to find the right players to create depth that they will draw upon for the future.

Right now, the Minnesota Wild need to make the 2020 NHL Entry draft a good one and they need it in the worst way possible.  With an aging core of players and a fanbase tired of watching one-&-done playoff hockey the team is at a crossroads where it needs to rebuild its team around its young, talented forwards like Kevin Fiala and Kirill Kaprizov.  These two stars getting close to their prime are seen as the kind of talent you can build a winning organization around.

The most cost efficient way to build, is through the draft.  Picking in the Top 10 was unexpected, and it marks an opportunity (especially in a supposed deep draft) to add an impact player the Minnesota Wild sorely and desperately need.  They need players that will literally help lead the way offensively, defensively as they try to re-shape itself into a contender.  So who did they select with their first pick? 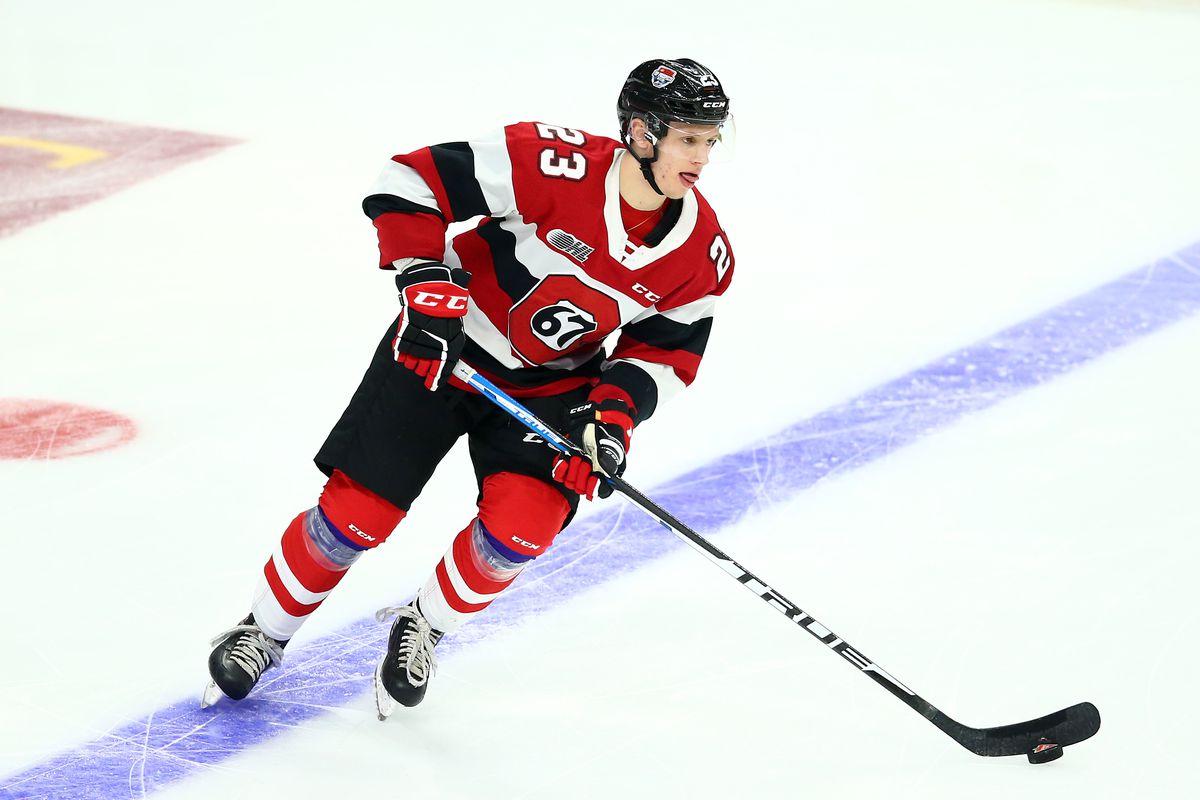 Talent Analysis:  Rossi gets rave reviews for his outstanding work ethic shift-to-shift and his tremendous dedication off the ice in regards to his conditioning and strength which is well above his peers.  The Austrian-born, Swiss-trained forward has tremendous on-ice vision and a quick hockey mind as he assesses what is his best option, whether to pass or shoot the puck.  He is a tremendous puckhandler and almost seems to slow the game down when the puck in on his stick and can make plays with not a lot of space to do so.  He has quick release on his shot and demonstrates good accuracy when shooting on the move.  While he is a smaller center, his low center of gravity and strength make him very tough to knock off the puck and he can weather through checks better than most players of his age group.  Defensively he is very responsible and backchecks with the same level of effort that he pursues the puck in the offensive zone.  Rossi isn’t particularly fast, but he has a good initial burst that helps him separate from opposing skaters.  There are some questions whether from a physical standpoint, has he already peaked.  Also, as you will read in the scouting quotes below, some felt his totals were a bit misleading as he tended to light up lesser teams in the OHL and was kept more in check against the better clubs.  Despite his small size, he doesn’t hesitate to move into the high traffic areas of the ice and will battle relentlessly for the puck whether its in the crease or the in corners.  He is good on his draws and is a tremendous playmaker who projects well as a Top 2 center at the NHL level.

“He’s a pro. He works hard all day on getting better. This kid is all business.” – NHL Scout

“Has an exceptional sense of spacing both on and off the puck, capable of playing in the most sensitive portions of the offensive zone and suffering hardly any physical wear for the trouble. If there’s an opening, then Rossi is going to find it and ruthlessly exploit it. He’s responsible defensively with great off the puck positioning and support below the hashmarks.”  -EliteProspects 2020 NHL Draft Guide

“He is already a finished product. Have you seen him off the ice?  He is done growing and he’s already made himself as strong as he’s going to get. Great player but you are already looking at a 95% finished
product.  Meanwhile Perfetti still has a baby face.” – NHL Scout

“He’s going to make all the scouts who have Perfetti ranked ahead of him regret it.” – NHL Scout

“I can’t help but get the feeling that Rossi might be the player that has a great package for the OHL but might be the guy taken in the top 10 that busts. He’s been very ordinary in some of my viewings unless he was playing teams like Kingston.who have one or two OHL calibre defenseman.” – NHL Scout

“To me he’s a great junior player. I know everyone loves him but he’ll need to be a winger in the NHL and I agree that he’s smart but he’s not very dynamic.  He’s only 5’8” and is an average skater.  Put him on North Bay and he’d be a 2nd round pick. He’s way down my list.  He abused Kingston and North Bay but was very ordinary against the good teams in the West.” – NHL Scout

“He’s relentless, his competitiveness is through the roof, he has tremendous hockey sense, good skills and a good shot.” Andre Tourigny Head Coach of the Ottawa 67’s

Bottom Line:  Rossi brings outstanding competitiveness and effort onto all of his shifts with plenty of skill and high end hockey IQ to the mix.  He is a physically mature player as he only missed being eligible for last years draft by a few days and he’s used that to train himself to be NHL ready.  Rossi has a great shot and can be used in all situations as he’s defensively responsible on top of having great instincts in the offensive zone.  The real question is just how high is his ceiling or does he have more room to grow his game?

What did you think of Minnesota’s 1st round selection of Marco Rossi?  Let us know what you think on Twitter @CreaseAndAssist or in the comment section below!